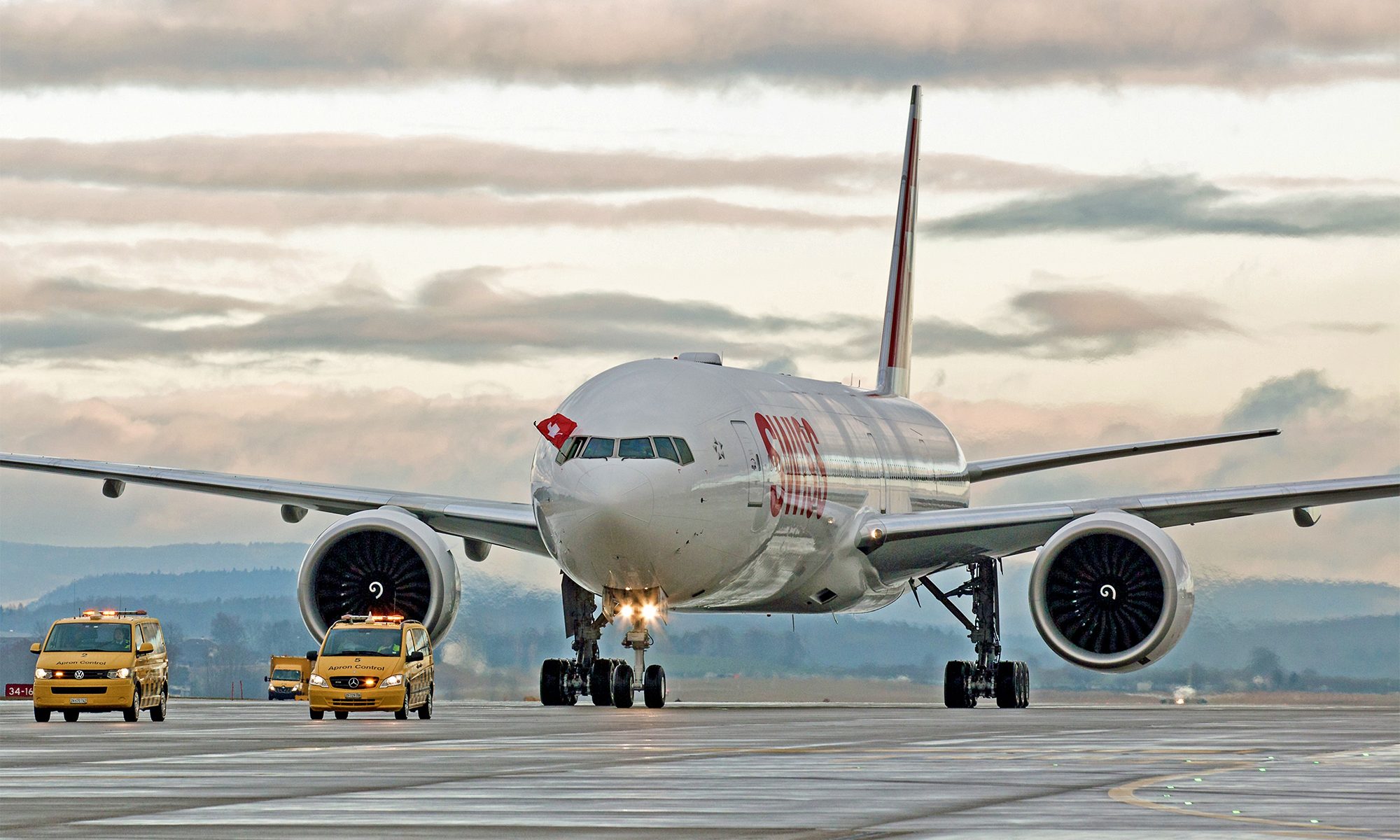 After months of absence in some cases, several airlines are coming back to Singapore in June, with some others increasing frequencies 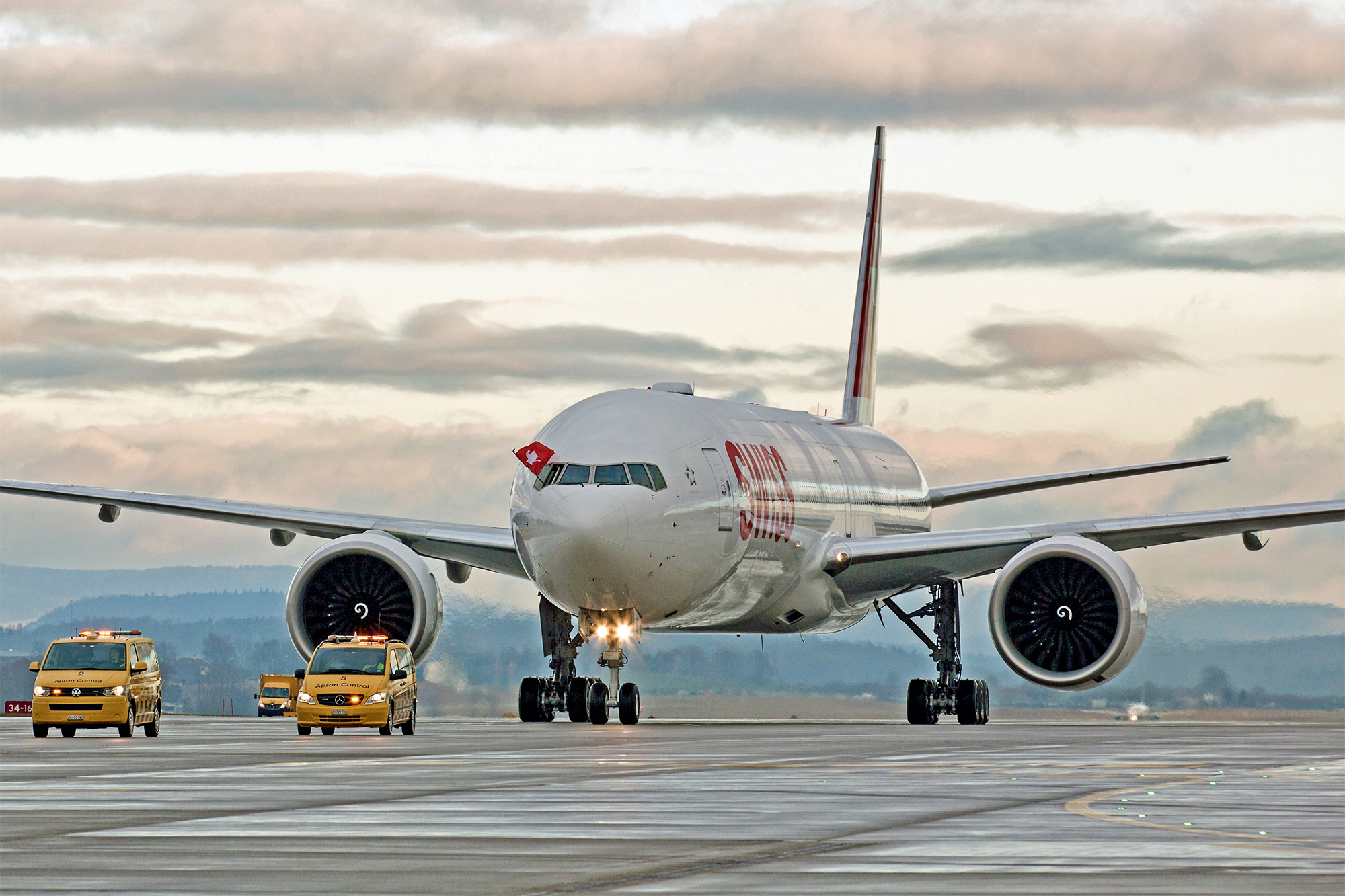 Singapore Changi Airport reported only 25,200 passengers passing through in April 2020, around 800 per day, so it’s no surprise that with two of four terminals already closed there are very few weekly departing passenger flights. May is set to be another month with similarly depressing statistics.

This week, from 25th to 31st May 2020, just 14 airlines operated fewer than 80 passenger departures from the airport.

Remarkably though, almost 30 airlines are planning at least some passenger service from Changi next month, double the current total. Some of those already serving the airport are also ramping up their frequencies, like Cathay Pacific and Scoot. Is the worst finally over?

As the airport hopefully moves away from its poorest two months ever in terms of passenger traffic, we take a look at who’s flying where in June 2020.

First of all, here’s the schedule for our four ‘home’ airlines next month.

Jetstar Asia has been operating limited passenger services to Bangkok, Manila and Kuala Lumpur since 21st April 2020 (having been completely grounded from 23rd March to 20th April).

These flights continue through the end of June 2020, with the remainder of the airline’s services cancelled until at least 1st July 2020.

* Singapore – Bangkok flights are cargo-only due to Thai government restrictions.

That’s a total of 3 passenger departures per week from Changi.

SilkAir has the smallest schedule of the local Singapore-based carriers, operating only a single weekly flight to and from Chongqing, China each Monday on a Boeing 737-800 aircraft.

This schedule continues through June 2020.

Note: SilkAir has announced an increased schedule for June and July, with 7 weekly departures from Changi to four destinations. Additional services start on 9th June 2020.

Singapore Airlines is maintaining its network of 31 weekly passenger departures from Changi, linking the following cities:

Additionally, the airline is flying cargo-only services to several cities, including to Bangkok, Hanoi and Ho Chi Minh with passengers carried on inbound sectors back to Singapore in those three cases.

Note: Singapore Airlines has announced a significantly increased schedule from 8th June 2020 through to the end of July 2020.

Important Note: This schedule data is correct at the time of writing (29-31 May 2020) and will not be updated with subsequent changes. Always check with your operating airline for the latest schedule.

Air China has been operating a once weekly (Monday) service from Singapore to Chengdu using the Airbus A330 since 11th May. This service continues in June.

Air France ceased its regular Paris flights from Singapore on 21st March 2020, however services have recently restarted on specific days.

In June 2020 the airline is planning to operate a once weekly (Wednesday) service, using Boeing 777-300ER aircraft.

Air Niugini has been operating from Changi to Port Moresby four times weekly during May 2020 on Mondays, Wednesdays, Thursdays and Saturdays. This schedule continues during June 2020.

Air Asia last flew out of Changi on 11th April 2020 and its group airlines are not currently operating at the airport. However, services will restart on 13th June 2020 to:

All services will be operated by Airbus A320 aircraft. Air Asia will be operating from Terminal 1 when it restarts operations at Changi, since the temporary closure of Terminal 4.

ANA has been flying three times weekly service to Tokyo Narita during May 2020 – on Tuesdays, Thursdays and Saturdays.

Asiana suspended its Singapore – Seoul route on 4th March 2020, however service resumption is planned from 19th June 2020 twice per week on Fridays and Sundays using the Airbus A350.

British Airways has been operating out of Changi to London approximately every other day in May 2020, though the exact schedule of services has not fallen on specific days of the week.

In June the airline will maintain a similar flight frequency, operating on even-numbered days from Singapore to London using Boeing 777 aircraft.

Services from Singapore to Sydney ended on 8th April 2020 and are not scheduled to restart until 2nd July 2020 at this stage.

Cathay Pacific is now operating from Terminal 1 at Changi, and is currently flying 3 times weekly to Hong Kong.

From 21st June 2020 the airline is increasing to daily operation on the route.

Cathay’s daily flight from Singapore to Bangkok is currently suspended until at least 1st August 2020.

EVA Air has been operating daily Singapore – Taipei flights using a mixture of Airbus A330s and Boeing 777s during May 2020, however these have all been cargo-only services with the exception of a single weekly flight since mid-May that has also carried passengers.

The airline will suspend its Singapore – Surabaya flights during June, provisionally re-adding those from 1st July 2020.

Singapore – Jakarta flights on the other hand will be daily throughout June 2020 using Boeing 737-800s.

Juneyao suspended flights from Singapore to Shanghai on 1st Apr 2020. Aside from a couple of ad-hoc flights in late May / early June, the airline plans to restarting 1 x weekly Boeing 787-9 service each Friday from 5th June 2020.

Since 13th May 2020, KLM has increased its Singapore – Amsterdam flight from a reduced schedule of 3 times weekly back to daily operation, however it also downgauged services from the Boeing 777-300ER to the Boeing 787-9 since 19th May 2020, meaning 28% fewer seats.

That does give passengers in Business Class the benefit of direct aisle access, something its Boeing 777-300ERs with a 2-2-2 layout (read our review here) don’t offer.

The airline is not currently extending its daily flight between Singapore and Bali, which ended on 23rd March.

Korean Air has been operating once weekly passenger flights from Changi to Seoul during May 2020. This continues in June 2020 each Wednesday, using Boeing 777-300ER aircraft.

The airline is planning to reintroduce daily services from 13th June 2020.

MAI suspended its daily Singapore – Yangon flight on 30th March 2020, however service is set to be reinstated from 17th June 2020.

MNA suspended its daily Singapore – Yangon flight on 29th March 2020, however twice daily service is set to be reinstated from 16th June 2020.

PAL suspended its flights from Singapore in March 2020, but has been operating some ad-hoc services on occasional dates.

From June 2020 the airline is planning three times weekly services to Manila on Wednesdays, Fridays and Sundays.

Despite operating its daily QR945 (2am departure) from Changi to Doha on a daily basis using the Airbus A350-1000 during April 2020 and approximately three times weekly since mid-May 2020, Qatar Airways ceased serving Singapore on 19th May with no more services planned this month.

Qatar Airways is one of the few airlines still providing full onboard service despite the COVID-19 pandemic, with crew continuing to provide the regular food and beverage selection while wearing full body PPE.

The only difference you’ll notice in Business Class is that your meal will be served on a tray, with cutlery and utensils in a sealed pack.

RBA has been continuing to serve its Singapore – Brunei route twice per week on Wednesdays and Fridays during May 2020, with Boeing 787-8 aircraft. This schedule continues during June 2020.

The airline has provisionally planned return to regular twice daily Airbus A320 service from 1st July 2020.

SriLankan has been operating only occasional flights from Changi during May, however regular operation is planned from 16th June 2020, three times daily.

Swiss hasn’t been operating regular flights from Changi since 24th March 2020, when its last daily Zurich flight was suspended. Occasional ad-hoc services have been operated in the meantime, however the airline is planning twice weekly Boeing 777-300ER flights from 3rd June 2020 on Mondays and Wednesdays.

An increase to daily service is provisionally scheduled from 1st July 2020.

From 10th June 2020 the airline provisionally plans to re-start daily overnight Boeing 777-300ER service to Istanbul as TK54 and twice weekly daytime Boeing 787-9 flights on Tuesdays and Fridays as TK201, however this seems optimistic and is subject to change.

Vistara suspended its flights from Singapore on 21st March. The airline plans daily services to Delhi and Mumbai from 9th June.

A word of caution

Not all of these planned flights and frequency increases will actually happen. Many are in anticipation of lockdown rules and travel restrictions easing, so we expect some airlines to push back their plans even further into July and potentially beyond that.

Eyebrow-raisers include SriLankan Airlines suddenly adding 21 flights per week from mid-June and Vistara also going from a zero baseline to 14 weekly flights from 9th June.

These are effectively the ‘regular’ schedules for those carriers at Changi, and either further suspension of services or a much more limited flying programme are more likely outcomes in those and potentially other cases.

If all of these airlines do indeed return to Changi in June 2020 and/or the flight frequencies increase as proposed at the time of writing, here’s how the weekly passenger departure totals will look over the coming weeks.

Of course this doesn’t come close to the nearly 3,600 weekly passenger departures from Changi, based on June 2019 data, however it is a step in the right direction. 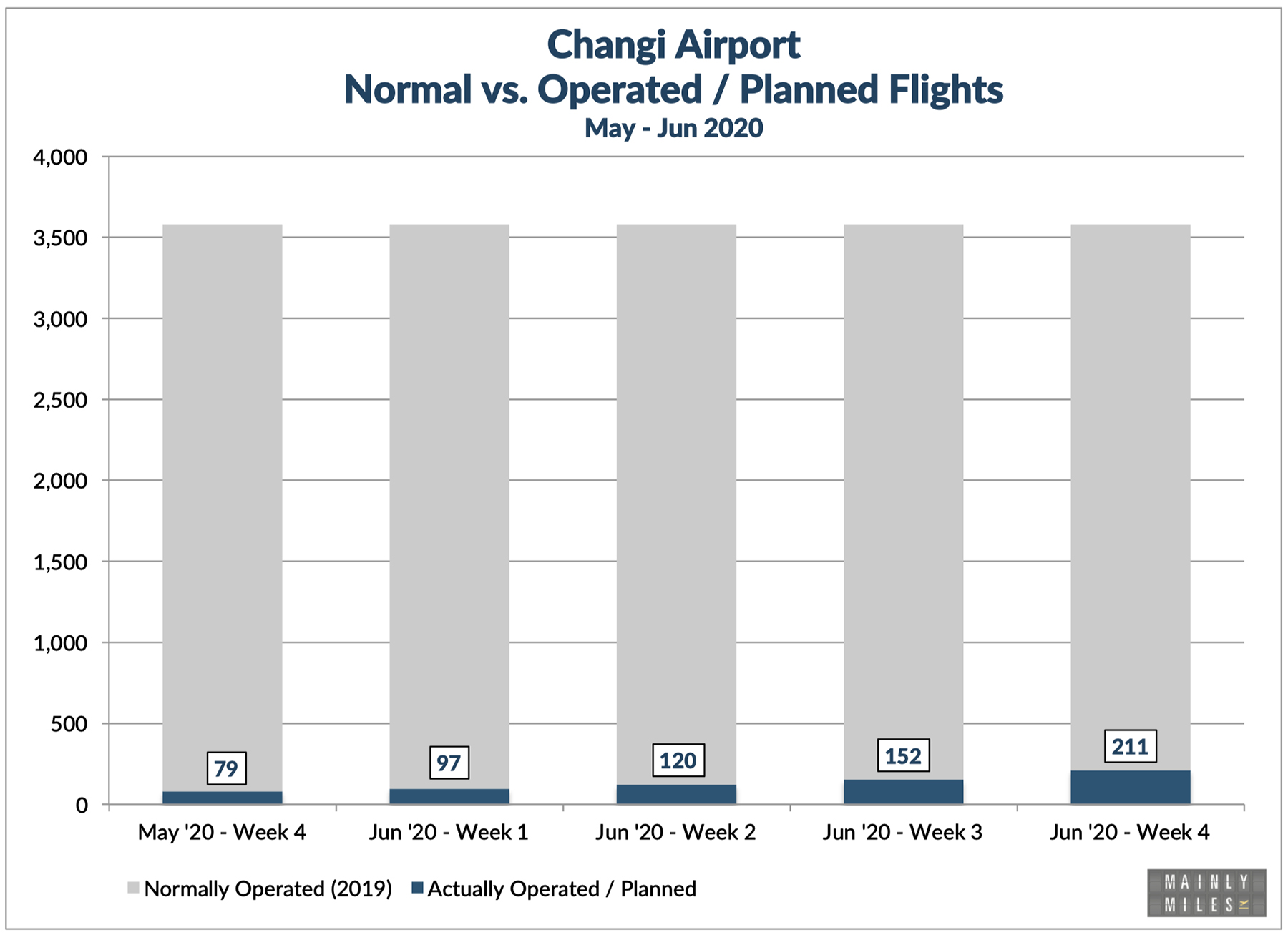 Airlines not operating at Changi in June

The following airlines are not currently operating passenger flights at Changi and have no such flights planned for the month of June 2020.

We have also indicated the provisional planned service resumption date where known, though do remember this is subject to change.

With twice as many airlines planning passenger flights at Changi next month, April and May should have thankfully been the ‘low points’ for traffic at the airport. It’s certainly nice to think that period is behind us, even though there is a long way to go before a return to some form of normality.

Even if all these flights do materialise in June 2020, they still represent only around 6% of usual passenger departures by the end of the month.

Indeed there are still close to 40 airlines not planning any return to Singapore until at least 1st July 2020, and in many cases even later in the year or with no firm date for restarting services at this stage.

Bottom line: Remember this is a ‘snapshot’ schedule as loaded in GDS and airline reservation systems at the time of writing (29-31 May 2020). We unfortunately don’t have time to keep the listing actively updated, so please check with your operating airline for the latest schedule.