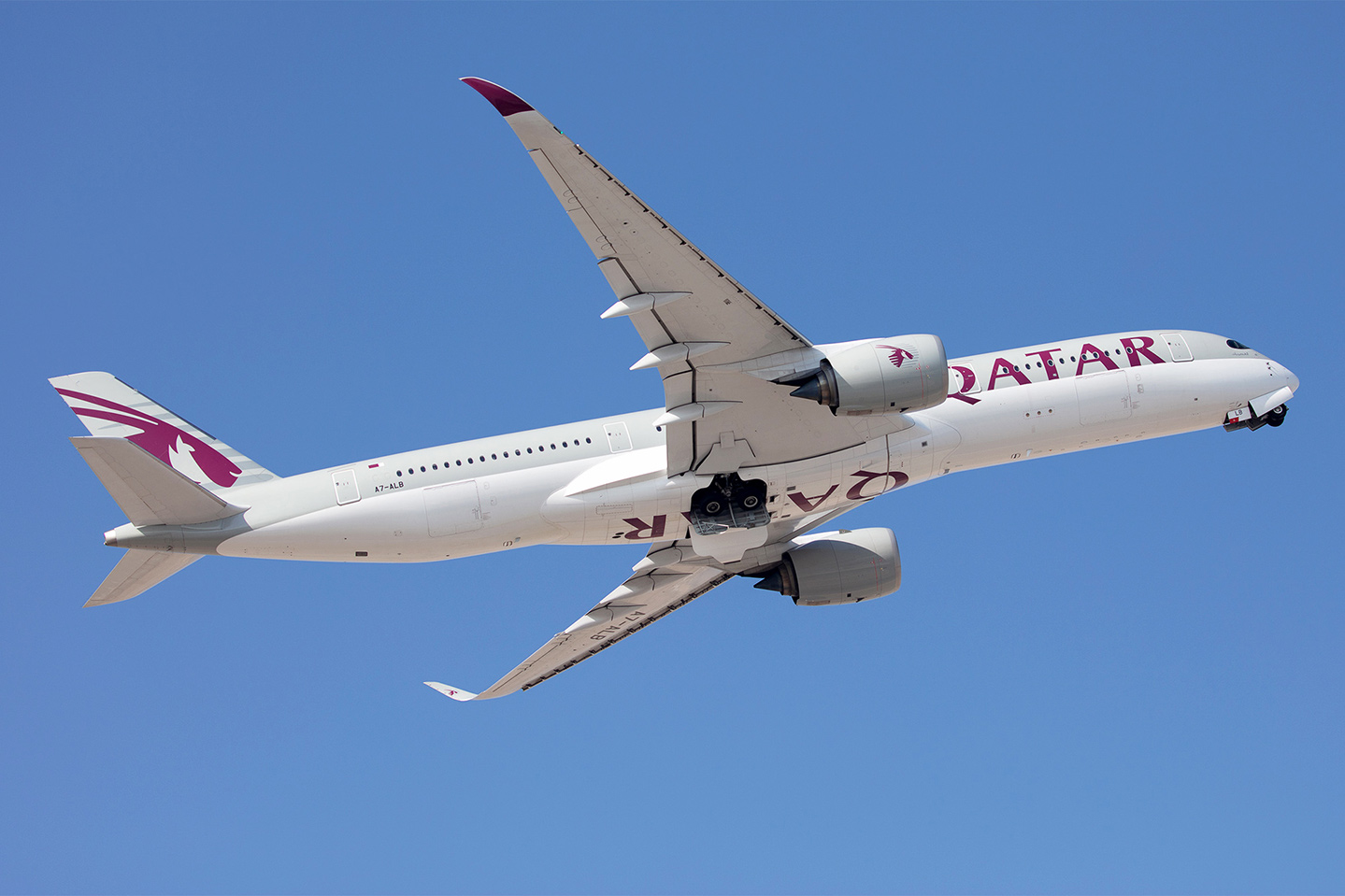 There’s a new ‘best value’ way to redeem the excellent Business Class products of Middle East carrier Qatar Airways, including the Qsuite, and it’s not one we were expecting. Qatar Airways itself has rolled back its Privilege Club award rates to 2018 levels, those that applied prior to a devaluation of at least 40%, shifting the redemption metrics on its own flights significantly in favour of the programme.

Better still, with no fuel surcharge applied for Privilege Club members redeeming on Qatar’s own flights (since 2015), this now beats Asia Miles as the most cost effective way to redeem into these cabins, especially useful if you’re holding on to a large points balance in your Citi credit cards.

Finally, in more good news, the carrier has backtracked on plans to remove lounge access from those flying on award tickets, so you’ll have the excellent Singapore Premium Lounge to look forward to in addition to the airline’s facilities in Doha during transit, even on a miles booking.

Award costs have been slashed

In some great news for Qatar Airways redemptions, the airline has quietly rolled back its award chart to the 2018 version, before the no-notice devaluation of around 40% occurred.

There’s no award chart as such to show you (Qatar doesn’t publish one), but the online Qcalculator has been updated with the new rates.

Remember, as we highlighted earlier this year, Qatar does not apply its hefty fuel surcharge to Privilege Club members redeeming its own flights, meaning you can now tap into some excellent award rates with a low cash outlay on top of your miles.

As you can see this puts Qatar Privilege Club right up there as the cheapest way to redeem in Business Class, including in the excellent Qsuite.

Previously it was an eye-watering 125,500 Qmiles to fly from Singapore to London in Business Class. That’s been slashed by 40% to just 75,000 miles.

Remember, while Singapore Airlines will offer you a non-stop option to London, it’s still setting you back quite a lot more at 92,000 miles for a Saver Business Class award.

Here’s an example redemption from Singapore to London in May next year, with the Qsuite on both flights (SIN-DOH and DOH-LHR).

Even on routes where Asia Miles comes in at slightly fewer miles, like Singapore to London (70k vs. 75k), the difference in fuel surcharge of over S$400 significantly outweighs the extra miles, so you’ll definitely be wanting to use Qmiles under this new award chart to avoid that large additional expense.

This could therefore be a great time to transfer into the programme and lock in some potential redemptions for later next year, when hopefully travel will be returning to normal.

Don’t forget if you’re booking a Qatar Airways flight departing from the UK, like London Heathrow to Doha, there’s not much you can do about the extortionate Air Passenger Duty (APD), which the carrier has no choice but to collect.

That’s right – there’s no fuel surcharge applied in this example! Qatar’s usual fuel surcharge, which you’d pay on this route redeeming with Asia Miles or Avios for example, would be an extra £129.

The charge on top of your Qmiles redemption shown here is heavily inflated because of taxes, just as it is with a KrisFlyer redemption departing from London or Manchester.

If you’re planning a UK trip, our advice is always to fly in to the country, but fly back from mainland Europe (Amsterdam has among the lowest taxes). APD on short flights like London to Paris is relatively low.

You can transfer credit card points from Citi and Standard Chartered into Qatar Priviliege Club Qmiles as follows:

The poor transfer ratio from Standard Chartered means that’s probably one to avoid, so this benefit is really of interest to those of you with a decent points balance on your Citi credit cards, like the PremierMiles, Prestige and Rewards cards.

Remember we have a full and continually updated list of credit card to loyalty programme transfer partners here.

From Singapore, all Qatar Airways flights have the Qsuite on board in Business Class, so for most of our readers it’s possible to experience this excellent product for at least part of your journey.

If Qatar’s latest Business Class product Qsuite is new to you – see what the airline itself has to say about it here.

These are private individual suites with closing doors, a double bed option in the middle and even a four person family-style ‘quad’ suite, which can be configured in some middle rows.

We’ve flown the Qsuite a few times now, but of course on the first occasion back in September 2018 we took the opportunity to review the product in detail.

Qatar’s service and food isn’t always on par with Singapore Airlines in our experience, but the Qsuite probably makes up for it in many other ways.

All Qatar Airways aircraft fitted with the Qsuite also have the airline’s excellent ‘Super Wi-Fi’ system installed. We tried it out late last year on a Doha to Singapore flight and it didn’t disappoint.

With the first hour free, then US$10 for unlimited Wi-Fi for the rest of the flight with no data cap, it’s great value in our opinion especially if you need to get some work done while sipping a glass of Champagne.

Pro Tip: Qatar Qsuite award availability is usually quite good, but if you’re willing to be flexible you can always search redemptions to and from nearby cities like Kuala Lumpur, Jakarta and Bangkok.

Checking your flight has the Qsuite

All Qatar Airways flights to and from Singapore have the Qsuite in Business Class, so that part of the journey is no stress.

All Boeing 787-9s will also have the product, when they finally enter service with “Qsuite Version 2” installed.

Assuming your onward flight from Doha is on an Airbus A350-900 or Boeing 777-300ER, you’ll be able to check whether it has the Qsuite from the seat map, using a tool such as ExpertFlyer.

The ‘staggered’ seat layout at alternate rows indicates the Qsuite.

The seat map on the left in this example shows the Qsuite on the Boeing 777-300ER, while the one on the right is an aircraft with the older product.

If your onward flight from Doha doesn’t have the Qsuite but is on an Airbus A350-900 or Boeing 787-8, then it has the airline’s previous generation direct aisle access product.

While it lacks as much privacy, this is still a very comfortable way to travel.

Yesterday we reported with great disappointment that Qatar Airways was directing award bookings in its Business Class cabin into the airline’s new ‘R’ fare code, a new unbundled ‘no frills’ revenue fare which doesn’t benefit from lounge access or advance seat selection.

Good news today is that Qatar has confirmed to Executive Traveller that its initial guide distributed to travel agents about the upcoming change was not correct, and that passengers booking Business Class award tickets “will receive the same benefits as before, including complimentary lounge access and seat allocation”.

That’s great news for our readers redeeming on the Middle East carrier to and from Singapore, since a Business Class award redemption from Singapore is also your ‘golden ticket’ into one of Changi’s finest new lounges for some pre flight à la carte dining.

The exclusive Qatar Airways Singapore Premium Lounge is off-limits to those with frequent flyer status, including Qatar’s own Platinum members (sorry to those of you who status matched earlier this year). You must be flying in First or Business Class with a oneworld airline to make it through the door.

We stopped by in the lounge’s opening week to write the first review of the facility, and it certainly sets a new bar at Changi among Business Class lounges.

Other QRPC ‘things to know’

As we reported in July this year, your Qatar Qmiles will no longer expire, provided you earn or redeem at least one mile every three years.

That welcome change replaced a former three-year fixed validity policy, not too dissimilar to KrisFlyer’s.

If you change or cancel your Qatar Airways redemption made using Qmiles more than 24 hours before departure, a US$25 fee applies. Within 3 hours to 24 hours of departure, the fee is US$100. Qmiles will be redeposited.

If you cancel within 3 hours of departure, Qmiles and all fees paid are forfeited.

Qatar Privilege Club is now up there as one of the cheapest ways to redeem what are clearly some of the best Business Class seats to Europe and the USA, with no fuel surcharge applied and rates either matching or significantly undercutting ‘competing’ frequent flyer programmes like Asia Miles.

Lounge access is now also assured, with the airline clarifying its policy for award tickets following a recently reported withdrawal of some perks.

The only problem with Qatar Airways is that the airline changes its Privilege Club award rates without notice.

If you’re going to transfer your credit card points into Qatar Privilege Club, we therefore only recommend doing so to lock in a Qatar Airways redemption almost immediately. This is not a programme to trust with a significant miles balance sitting in your account long-term.