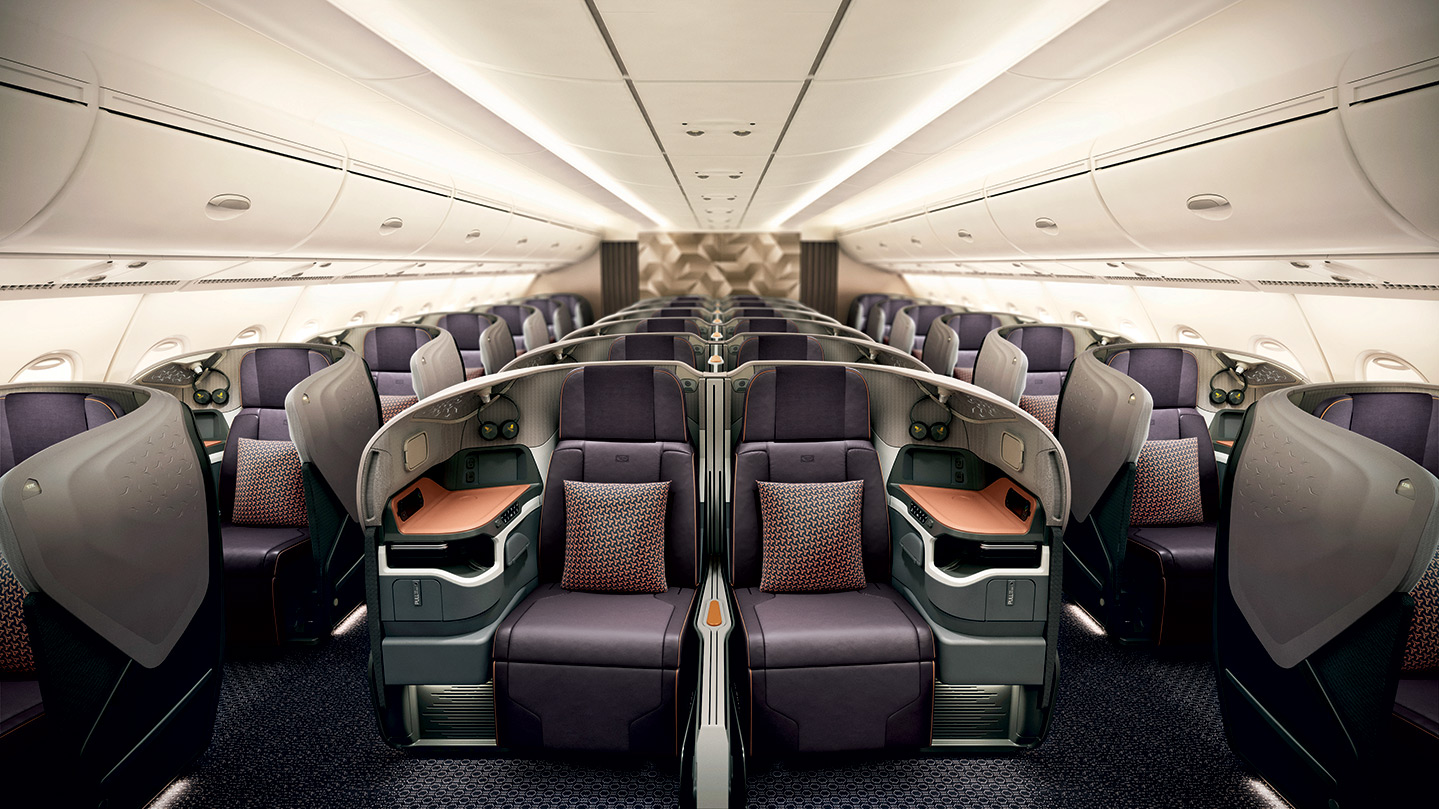 There are now nine Singapore Airlines Airbus A380s fitted with the latest cabin products, leaving only three more to be completed.

Last week we reported how 9V-SKM, the fourth of Singapore Airlines’ Airbus A380s due to receive the latest 2017 cabin products, was currently undergoing its refit at Changi. It wasn’t clear how close to completion the aircraft was, but earlier this week we got our answer.

After eight months on the ground, this particular aircraft has now flown again with the new cabins installed, bringing the Singapore Airlines Airbus A380 Version 3 fleet to nine aircraft in total.

With -SKN’s refit completed less than five months ago, it’s sooner than we expected for -SKM. Indeed it suggests for the first time there was some overlap in refit work with -SKM and -SKN both potentially undergoing the process at the same time, assuming the retrofit work still takes a full eight months per plane.

Sadly with the airline’s superjumbo fleet still grounded, this news doesn’t mean any ‘new routes with new Suites’ to get excited about (there are currently no routes with any Suites), but it’s a step closer to all 12 of SIA’s Airbus A380s remaining in the fleet receiving the latest cabin products.

On Wednesday afternoon 9V-SKM operated a 1-hour 10-minute test flight from Changi, a standard requirement after this length of time on the ground given the maintenance work typically performed alongside the refit itself.

Luckily BK Tan was at Changi and able to report to us that he had eyeballed the aircraft, noting that it indeed now has the new forward upper deck and main deck window arrangement confirming its refit as a Version 3 A380.

As we revealed last weekend, Singapore Airlines will refit all 12 of the Airbus A380 aircraft it is retaining in its post-COVID fleet with the new 2017 cabin products, giving on-board consistency to the type in years to come.

This will represent a 37% reduction in the A380 fleet for the airline, with seven older aircraft being retired following a fleet and network review announced alongside heavy financial losses in early November.

Here’s how the existing fleet looks, with the nine Version 3 aircraft highlighted.

The completion of 9V-SKM’s refit work means 75% of the future total fleet of 12 A380s now has the latest seats installed.

Four down, three to go

We know that seven of the remaining ten Version 1 and Version 2 aircraft with the older cabin products are set to be retired, leaving only three to be refitted with the new cabins.

No specific aircraft registrations have been confirmed to us, however we expect the newer Version 2 aircraft are prime candidates for the airline to retain long-term.

That would mean three of 9V-SKL, -SKP, -SKQ or -SKR are likely candidates for the remaining retrofit work, with one of those four and all six of the older Version 1 A380s leaving the fleet, though this has yet to be confirmed.

The common configuration by cabin class on all Version 3 A380s, whether delivered new or refitted, means Singapore Airlines can deploy these nine aircraft on any A380 route without worrying about potential overbooking issues.

While the Suites, Business and Premium Economy Cabins have an identical seating layout and the same seat numbering as the other Version 3 aircraft, there are some small differences in the Economy Class cabin on the four refitted aircraft (9V-SKM, -SKN, -SKS and -SKT), despite the identical total seat count of 343.

Here are the two Economy Class seat maps side by side (9V-SKU to -SKZ on the left, and the refitted aircraft 9V-SKM, -SKN, -SKS and -SKT on the right).

Nothing too significant there, the major difference being the missing seat 62D, which gives the lucky passenger in 63D lots of legroom.

It is normally sold as an extra legroom seat on the A380 Version 1 and 2 aircraft (as seat 51D in those cases), but not on the Version 3 aircraft as the airline cannot determine in advance whether a refitted model will be used on a specific flight more than a few days before.

63D is therefore your go-to seat choice in Economy on the A380 Version 3, once it starts flying again, with no additional charges.

You then have to cross your fingers that your flight will be operated by a refitted aircraft!

Once all the refits are completed there will be a 58% chance of success using this strategy (7/12).

Not only does that mean a fast connection speed, it also means Suites passengers will receive an unlimited data connection for their entire flight, rather than the 100MB cap that applied on older A380 aircraft.

Finally, in a recent enhancement, all KrisFlyer members travelling in Premium Economy and Economy Class on these newer aircraft benefit from a 30MB complimentary allowance.

This system is also available on the Airbus A350s and Boeing 787s.

When will the refits be finished?

Another unknown is the refit timescale for the remaining three jets. For all we know the next aircraft refit could already have started, though equally there may now be a pause.

What we can expect though is that with air travel demand forecast to take several years to recover to 2019 levels, the return of all 12 Singapore Airlines A380s to the fleet is probably not necessary until perhaps 2023/24, by which time it’s highly likely that all three remaining retrofits should have been completed.

Even at a rate of one per year, it should be achievable.

That means it’s probably farewell to the airline’s first ever Suites product, which remained popular with travellers right up to the end. With 12 Suites compared to six in the newly configured aircraft, it was also an easier way to redeem KrisFlyer miles in this top cabin.

The news probably also means the older (super-wide) 2006 Business Class seat, already withdrawn from the Boeing 777s, are now a thing of the past.

Currently Singapore Airlines is only flying two aircraft types on passenger services, the Airbus A350 and Boeing 787.

For the time being, service tops out at Business Class, with the 2013 long-haul product and the 2018 new regional seats currently in operation.

In case you missed them, we have comprehensive reviews from our first-hand experience of both the 2017 Business Class and 2017 Suites Class on the new Airbus A380.

These overviews should help you learn what to expect from the airline’s latest A380 products if you haven’t flown them before, in anticipation of these aircraft returning to service in the future when travel rebounds.

There are a few drawbacks in each cabin, but for the most part – you’re in for a treat!

A quick turnaround for 9V-SKM, emerging in the new cabin configuration less than 5 months after -SKN. Assuming the refits are still taking around eight months, that suggests there was some overlap in the process with two aircraft being retrofitted simultaneously for the first time.

We now have confirmation that only three more refits are left to complete, taking us to the full fleet of 12 Airbus A380s rejoining the SIA fleet after COVID-19.

Once the airline’s largest aircraft is back in service we expect the Version 3 jets to be used, even if there are still some refits to complete, and ultimately by the time all 12 are back in the skies it looks almost certain that the retrofits will be finished.