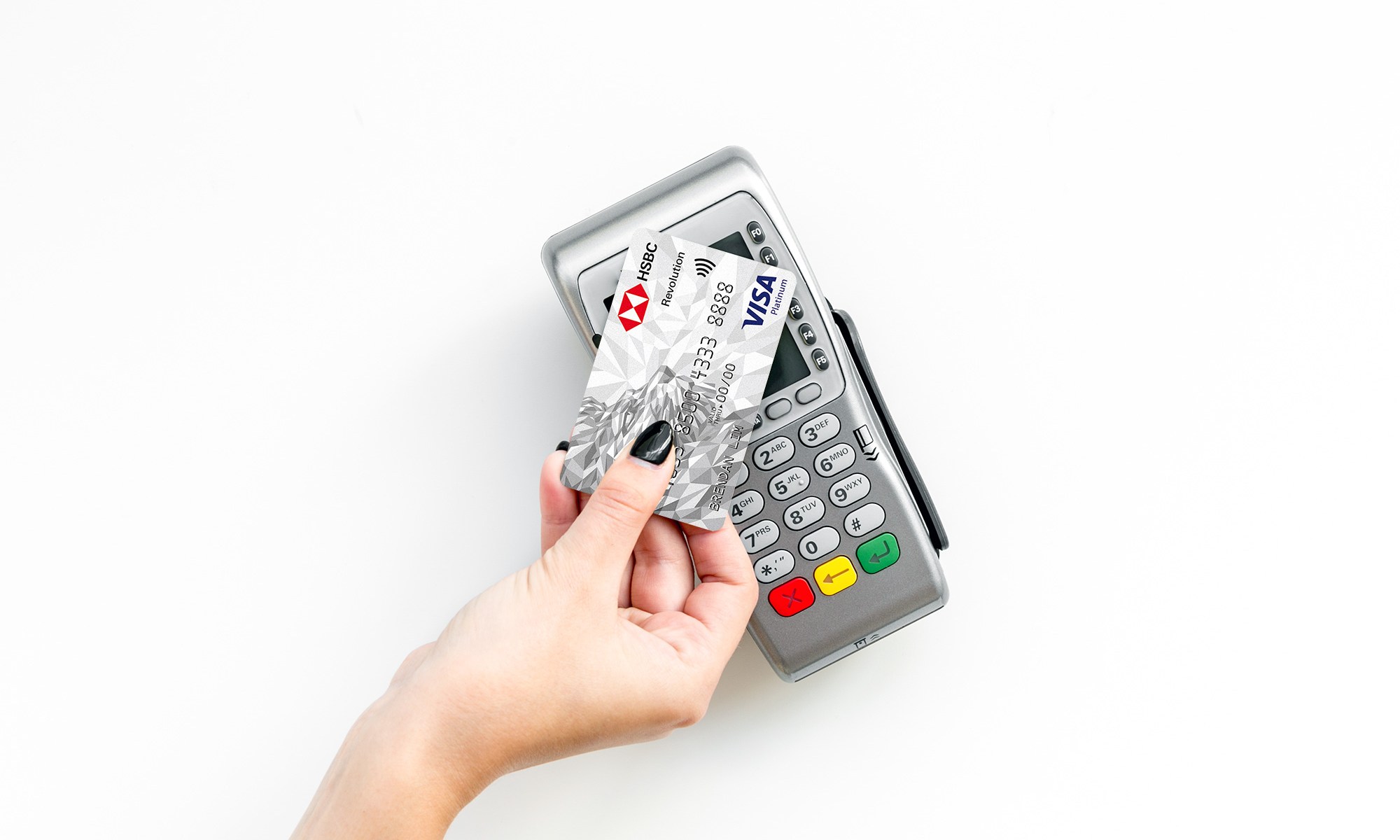 If there's only one 4 mpd credit card in your wallet this year, it should probably be this one.

Arguably the best new miles earning credit card to hit the market in Singapore during 2020 wasn’t actually a new credit card at all. The longstanding HSBC Revolution had a ‘mediocre’ reputation as a card offering 2 miles per dollar for online spend and for local dining and entertainment, with no upper cap.

While it was useful for those regularly maxing out their 4 mpd cards each month, and for large online purchases, it never really ‘wowed’ and was scarcely discussed in the miles community.

The fortunes of the Revolution card turned around in July 2020, when HSBC revealed a shift change in its bonus earning rate and applicable spend categories.

While on the face of it the card was imposing the same S$1,000 monthly spend limit for bonus transactions we’ve become used to with some other 4 mpd cards, it was the inclusion of a generous variety of spend categories that caught our attention.

Contactless is now king with this card, and while local dining and entertainment categories dropped off the 2 mpd list, many of these support Visa PayWave or Apple Pay anyway, so 5 Reward Points (2 mpd) becoming 10 Reward Points (4 mpd) was good news.

Why you should get it

Our comprehensive review of this card outlines the full details, but fundamentally we think there are 10 good reasons you should be signing up for the revamped HSBC Revolution to earn an easy 4 mpd on up to S$1,000 spend per calendar month for online and contactless transactions, and here they are.

One of the best recent changes to the HSBC Revolution card is that it no longer has an annual fee. Previously the annual fee was S$160.50, though it was waived for the first two years and realistically you could probably get a waiver after that.

Now there are no concerns and no waiver requests to deal with or worry about – the card is simply fee-free, for as long as HSBC keeps it that way!

Among 4 mpd cards, the HSBC Revolution has the most generous rounding policy of all.

Every eligible transaction you make using the card is rounded (up or down) to the nearest Singapore dollar (after conversion from foreign currency if applicable), before HSBC Rewards points are then assessed.

That’s a key difference to many other cards, especially the UOB and OCBC 4 mpd options which work based on those annoying S$5 blocks, and means you’ll earn miles for a transaction as small as S$0.50.

Even the Citi Rewards card, which applies a relatively generous rounding policy, won’t award any points at all for transactions less than S$1.

The ’round up’ from each 50 cents in the dollar also means you’ll earn the best effective mpd rate when using this card for smaller transactions, as shown in the following table for a spend of S$4.50 or S$9.50 in the bonus category for a range of 4 mpd cards.

As you can see there’s almost no contest for smaller transactions – the HSBC Revolution wins in the 4 mpd stakes. Even if it’s a bottle of water or a bag of crisps from a 7-Eleven – this is the card to use for miles earning when making small (contactless or online) purchases.

Most 4 mpd cards accrue points that are only valid for 2 years, including those you would earn on the DBS WWMC, OCBC Titanium Rewards and UOB PPV.

Citi Rewards has a strange “anywhere from 3 months to 5 years” policy for its cards, which can be either a blessing or a curse as we laid out in our recent article.

With the HSBC Revolution card, points expire at the end of a 37-month period commencing from the month subsequent to the month in which the points were awarded.

That gives you three years and one month of validity. For example any points awarded in February 2021 will expire on 31st March 2024.

That’s not bad at all for a 4 mpd card, given that you’ll get another 3-year validity once your miles are transferred to the Singapore Airlines KrisFlyer programme, or potentially no expiry worries with a transfer to Cathay Pacific Asia Miles.

The HSBC Revolution card has a 2.8% foreign currency transaction fee, which is among the lowest on the market in Singapore.

In the 4 mpd earn category, which would apply for example on a contactless payment charged to the card at a restaurant in Sydney or an online purchase from a department store in London, that’s giving you the best cost per mile on the market at 0.75 cents, compared to money changer rates.

Other 4 mpd cards will set you back 0.86 cents per mile for the same transaction with their less competitive 3.25% FCY fee applied.

Before the HSBC Revolution revamp, there were no 4 mpd options for in-store payments at SMART$ merchants like Cold Storage, Giant and Marketplace.

That’s because only the UOB PPV and UOB Visa Signature cards would theoretically get you 4 mpd in those places, for contactless payment, subject to their monthly spend requirements, but annoyingly the SMART$ programme supersedes UNI$ earning at these merchants.

The HSBC Revolution will earn 4 mpd for all in-store transactions at these outlets, provided you make contactless payment, which they all support.

With groceries potentially making up a large portion of monthly spend, some people will find it’s worth having the Revolution card just for this category alone.

Other supermarket, grocery and convenience stores in Singapore benefiting from 4 mpd with this card for contactless transactions include:

You’ll also benefit from 4 mpd when ordering groceries online from the above supermarkets with the Revolution card, plus from Redmart and Amazon Prime Now / Amazon Fresh.

While grocery and convenience store spend are very useful 4 mpd categories for this card, there are even more everyday options to maximise your miles.

For dining and food delivery, the Revolution’s extensive MCC scope really covers just about all bars, restaurants and delivery services across Singapore, plus bakeries and confectionary stores, so provided you can make online or contactless payment it’s the new go-to option for 4 mpd in this category.

Pro Tip: Be careful not to hand over the physical card when paying the bill with your Revolution card at a restaurant or when checking out of a hotel etc.! Remember the 4 mpd only kicks in for contactless payment in these cases, so use a dining-specific or general spend card where this option is not possible at a restaurant / hotel.

Bonus miles on Grab rides, at most retail stores and even for paying the taxes and fees on your next Singapore Airlines award ticket are other useful categories.

For a full list of eligible Merchant Category codes earning 4 mpd for online and contactless transactions with the HSBC Revolution card, see our full review.

One annoying thing about Singapore credit cards offering bonus miles for dining transactions, like the UOB Lady’s, Maybank Horizon Visa Signature or KrisFlyer UOB Credit Card, is that it all works perfectly well… until you dine at a restaurant in a hotel.

Even bars and restaurants in hotels that swear blind they code under a dining MCC, like 5812 – 5814, usually don’t. The hotel MCC, typically 3501 – 3999 (for larger hotels like the Ritz-Carlton) or 7011 (for smaller hotels like Capella, Raffles and the JW Marriott) almost always takes precedence.

That can render your (often expensive) meal at just 0.4 mpd earning instead of the 4 mpd you were expecting!

No such worries with the HSBC Revolution card, which includes all hotel MCCs in its bonus 4 mpd category, provided you can make contactless (or online) payment.

If you can’t make contactless payment to settle the bill at a hotel restaurant, we recommend using your best general spend card for the transaction.

If you don’t currently hold an HSBC credit card, and haven’t held one for the last 12 months (excluding the HSBC Visa Infinite), you can pick up a relatively easy S$200 cashback successfully apply and spend just S$500 on the card in the first month of card membership.

Obviously you’ll be wanting to tap into the card’s (relatively easy) 4 mpd categories for that minimum spend itself too, so don’t forget you’re good for 2,000 miles (500 x 4) for the spend itself, which can be as simple as grocery shopping at Giant or Cold Storage and a series of Deliveroo orders.

Existing HSBC credit card holders will be eligible to receive up to $60 cashback. The welcome bonus is available until 30th April 2021, with full terms and conditions available here.

HSBC runs a variety of credit card promotions throughout the year, including discounts and staycation promotions, some of which through Agoda in recent months have included 20% off (instead of the regular 12%) while still earning 4 mpd when using the Revolution card to pay.

HSBC’s Revolution card also comes with a ‘slimmed-down’ version of the bank’s ENTERTAINER with HSBC benefits, including 1-for-1 dining, other retail discounts and hotel offers.

While this doesn’t cover quite as many merchants or discount options as a full Premium ENTERTAINER subscription, like the one you’ll get with the HSBC Visa Infinite card, it’s still worth checking especially for the wide range of F&B discounts.

For those who hate taking their wallet out with them, the HSBC Revolution card can be added to Apple Pay, Google Pay, or used as a virtual card via the HSBC App on your smartphone.

Given that the card’s 4 mpd bonus categories (when used offline) are all based on contactless payment, there’s really no need to bring the physical card anywhere with you if you can use it in one of these two ways instead.

The “revolutionary makeover” to the HSBC Revolution card has quite simply made it our new favourite in Singapore for bonus category spending.

We know there are still miles chasers who don’t really bother with 4 mpd cards largely due to their complexity and the need to carefully manage monthly spending.

Well in our opinion if you’re going to pick up any of the products on offer, it should be this one.

Fee-free and fuss-free, with a wide variety of useful everyday spend categories, you just need to keep your eligible spending at less than S$1k per calendar month then switch to other cards after that.

Even those with other 4 mpd cards should find some useful benefits by adding this one to their portfolio, with the potential to turn S$12,000 of annual spending into 48,000 miles, enough for a Singapore Airlines Business Class award to Japan!

Links on Mainly Miles may pay us an affiliate commission.