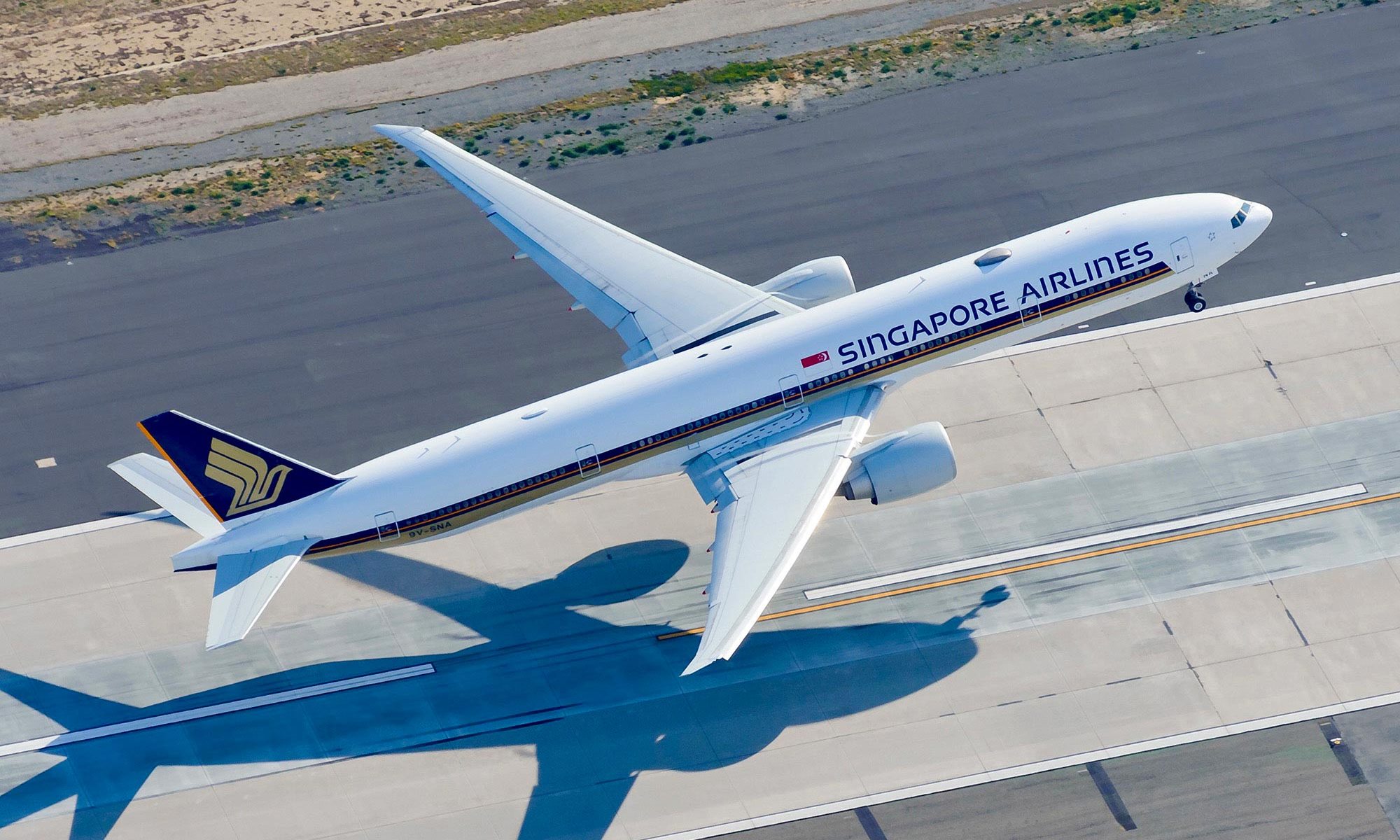 Singapore Airlines Boeing 777-300ERs will make a return to Europe this month, while Jakarta becomes the busiest passenger route on the network with 3 daily flights, and frequencies are hiked to Brisbane and Perth.

Singapore Airlines and SilkAir have announced their flight schedules through to the end of June 2021, adding an additional month to the previously confirmed route list, which was published through to 31st May 2021.

There are a few new routes coming through, but most notably some significant frequency increases to the likes of Bangkok, Jakarta, Brisbane and Perth.

Overall SIA and SilkAir will serve 50 cities globally with passenger flights by June 2021.

The passenger network over the next three months is set to be served by the following aircraft types:

Jakarta is set to become the airline’s busiest passenger route with 21 weekly flights from May 2021, followed by London and Sydney with 17 and 16 flights per week respectively.

There are also now 22 cities with at least daily service, including Amsterdam, Frankfurt and New York.

In total SIA and SilkAir will fly over 2,500 passenger flights during June 2021, its highest total since the pandemic hit.

Aside from taking over former SilkAir Boeing 737-800 flights to and from Kuala Lumpur, Singapore Airlines will add Bali, Shenzhen and Yangon to its network in April or May 2021.

Here’s a map of the Asia-Pacific destinations Singapore Airlines will be serving by June 2021.

In addition, three US destinations, 11 European cities, Dubai in the Middle East and Johannesburg in South Africa will continue to be served.

Singapore Airlines will be running the following passenger route network between April 2021 and June 2021.

All routes not listed below are cancelled during this period, or will have cargo-only operation.

* Cargo-only from Singapore, passengers and cargo back to Singapore
The latest updated schedules including days of operation is available at this dedicated page on the Singapore Airlines website.

Denpasar (Bali), Shenzhen and Yangon are the latest additions in Asia, with passengers only permitted on the return flights from Myanmar.

There are a number of significant frequency increases planned, including to and from Jakarta, which will see 21 flights per week in each direction (3 per day), using a mix of Airbus A350 Long Haul and Boeing 777-300ER aircraft.

The Indonesian capital will then become the busiest route on the passenger network from May 2021.

Singapore Airlines recently took delivery of a trio of new Airbus A350 Regional jets, making it the world’s largest A350 operator.

It’s really strange that Shanghai passenger flights are ceasing at the end of May. This has been a stalwart route every Monday on the Boeing 787-10 ever since the COVID-19 schedule cuts came about, so there’s a good chance this is a temporary schedule glitch.

Update: Weekly Shanghai flights (every Monday) have now been loaded. The table above now reflects this.

There are some increases for Brisbane and Perth flights, currently daily services but being lifted to 10 and 11 flights per week respectively, while Sydney tempers slightly from 17 to 16 flights per week next month.

From late April, London flights will increase to 17 per week, becoming the airline’s second-busiest route after Jakarta. Boeing 777-300ERs will be used for the three additional weekly services, though the First Class cabin on these aircraft is not being sold at the moment.

For those still travelling on the London route who prefer the Boeing 777-300ER’s wider cabin and slightly more spacious Business Class seats, you’ll need to aim for SQ306/305 on Wednesdays, Fridays and Sundays, from 23rd April.

This first long-haul deployment of a Boeing 777-300ER since June 2020 is a good sign that the (already-stretched) Airbus A350 Long Haul fleet no longer has spare capacity to add frequencies on routes like this, leaving SIA little choice but to dust down a few more of the 777s to continue expanding.

SilkAir is being gradually wound down as aircraft and routes move across to Singapore Airlines, however the carrier is still operating and will continue to serve three or four routes over the coming months with its own flight numbers.

All other SilkAir routes not listed below are cancelled during this period.

Kuala Lumpur is the latest route to be shifted to Singapore Airlines operation, where the daily Boeing 737-800 flights will supplement SIA’s daily Boeing 777-300ER.

That will leave the dwindling SilkAir with only three routes by May 2021, with a total of just seven flights per week.

Kathmandu sees another increase to four times weekly in May 2021, having already been lifted from one to three services each week, but along with Cebu and Medan it’s only a matter of time before this ports across to SIA.

As the SilkAir – SIA merger progresses, don’t miss our full rundown of what to expect on board the narrow-body Boeing 737 aircraft, now in service on a range of routes.

Seeing the Boeing 777-300ER back on Europe flights is the most interesting development for SIA over the coming months, although the airline is not selling the First Class cabin on these services.

Instead it’s a sure sign the Airbus A350 Long Haul fleet is now almost fully stretched, leaving the airline little choice but to now deploy less efficient aircraft if it wants to continue long-haul expansion.

Meanwhile there are significant frequency increases on many routes, not least to Jakarta which will soon see three daily flights, becoming the busiest city on the passenger network.

While COVID-19 border restrictions remain in force, there is some light at the end of the tunnel as vaccinations roll out and countries like Australia propose international travel bubbles.

Recently Thailand has also begun to relax quarantine measures for vaccinated travellers, and proposes to open Phuket quarantine-free from July 2021.

Like many airlines, SIA is no doubt poised and ready to act wherever it can, as soon as discretionary travel starts to be unlocked.

Hang in there, we’re getting closer!