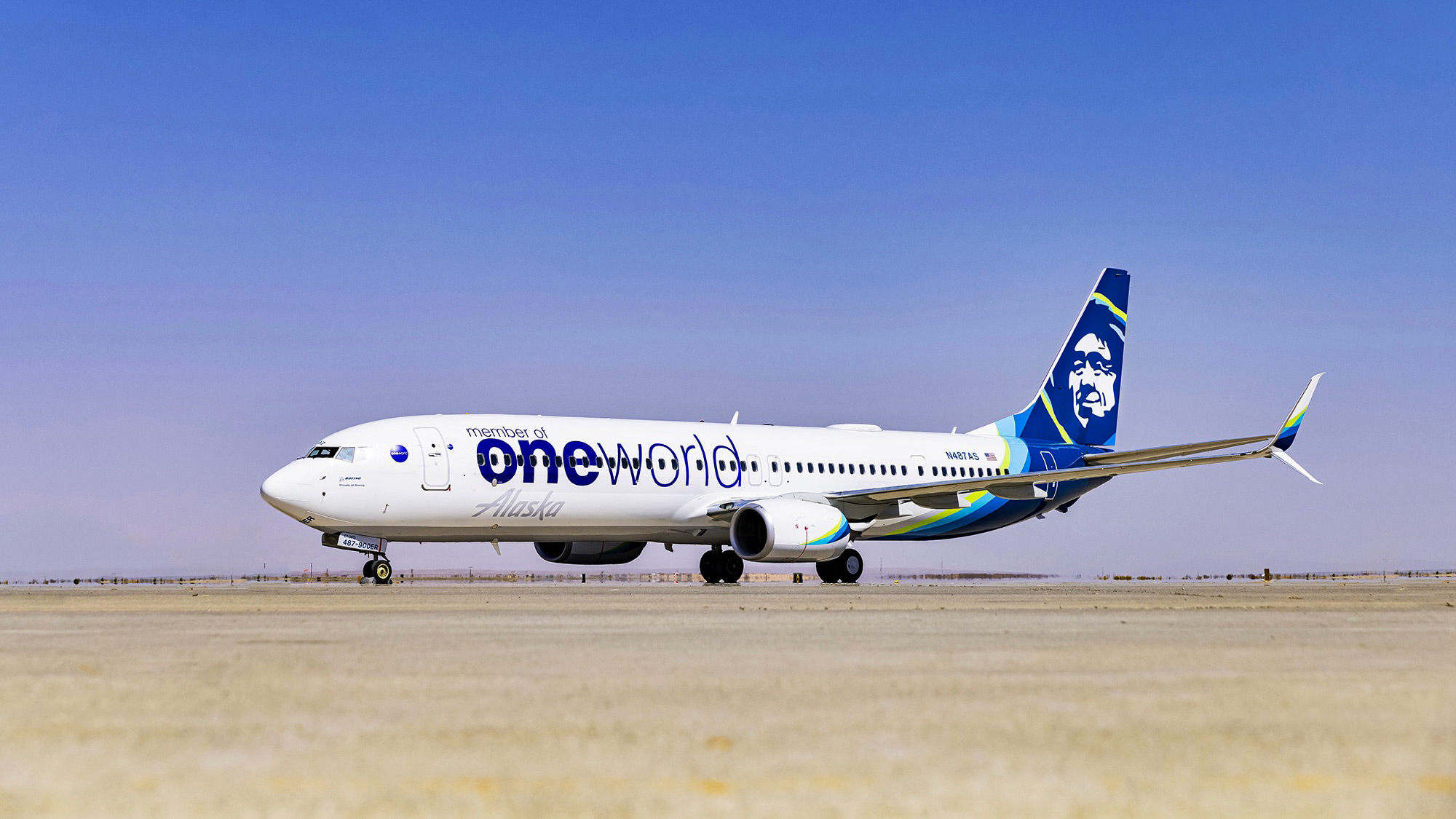 From new Mileage Plan earning charts and alliance perks to what changes we can expect for award rates, now that Alaska Airlines has joined oneworld.

On 31st March 2021, Alaska Airlines marked a significant milestone in its 89-year history by joining a global alliance – oneworld. The carrier has become the 14th full member of the alliance, meaning all Alaska Mileage Plan members can now earn miles when they fly with any of the other 13 member airlines.

Award redemption on all oneworld carriers using Alaska miles didn’t quite make it to launch day, with the airline promising the option will be available “in the coming months”.

For our readers in the Asia-Pacific region, changes in the redemption department will be the biggest news, but we think we have at least some inkling which direction that will go in, so read on.

If you hold tier status in the Alaska programme, you’ve now been matched into the equivalent oneworld tier, as shown below.

The following table also outlines some of the alliance perks you can now enjoy.

MVP Gold (oneworld Sapphire) and MVP Gold 75K (oneworld Emerald) are the important ones to hold here, since they give you access to oneworld Business Class and First Class lounges, when you travel on a oneworld member-operated flight.

In Singapore T1, that should include the excellent Qantas Business and First Class options, plus the British Airways lounge, once travel restarts.

Unfortunately, while many of our readers have Alaska Miles, most don’t have Alaska status, since you must take at least some paid flights on the carrier’s own services each year to climb the tier ladder.

Alaska has always been a great FFP to credit paid flights into when travelling with the programme’s partner airlines, including Singapore Airlines, due to the generous earning rates typically offered, especially when flying in premium cabins.

It’s even possible to credit your paid Business Class or First Class flight on Singapore Airlines to the Alaska Mileage Plan programme, for a better earn rate in most cases, but also earn PPS Value at the same time.

Alaska’s entry into the oneworld alliance means there are now six new earning charts to check before your next paid flight with the following oneworld member airlines:

These are all on the generous side, which is great news. Take the Malaysia Airlines chart for example.

As you can see, most Business Class fares will net you 225% of miles flown when you credit to Alaska Mileage Plan.

Crediting to some other oneworld programmes on the same routing is less lucrative:

Wheretocredit.com is a great resource we’ve written about before, where you can check which FFP will earn you the most miles for paid fares, though do be aware they haven’t quite caught up with the Alaska earn rates on new oneworld partners just yet.

Alaska Mileage Plan currently has a separate award chart for each of its partner airlines.

For example, to redeem Alaska miles to fly from Singapore to Tokyo in Business Class will cost you a different amount, depending on the partner airline you redeem for:

While it’s not impossible for Alaska to retain separate award charts for each of its oneworld alliance partners, old and new, it’s much more likely that a generic chart for all oneworld redemptions is being created.

Practically all other oneworld airlines have a harmonised redemption chart when using their miles or points to redeem flights on other alliance carriers, so it’s totally logical for Alaska to follow suit.

The big fear? Those great ‘sweet spots’ like Cathay Pacific Asia to USA Business Class awards for 50,000 Alaska miles are in the danger zone!

There should be 90 days notice

Alaska has promised to give 90 days notice of any change to existing partner award rates, which is an inevitable scenario if it moves to a single award chart for all its oneworld alliance partners.

In this sense, the delay in publishing new award rates from “summer 2021” to “in the coming months” or “later in 2021”, Alaska’s latest stance, is probably good news.

In theory, Alaska should then be revealing these new award rates around 1st June 2021, allowing you three months to redeem at existing rates. That would mean the ability to continue to make the current (good value) redemption bookings for flights well into the summer 2022, softening the blow of any devaluations.

What sort of rates can we expect?

This is a guessing game at this stage, but assuming Alaska does shift to a single award chart for oneworld redemptions, we think it’s likely to closely mimic that of its closest partner (and sponsor carrier for oneworld membership), American Airlines.

Why do we think that?

Well, American is setting up a long-haul network at Alaska’s primary hub, Seattle, including flights to Europe and Asia, and already Alaska’s Mileage Plan programme has been progressively more closely aligned to American’s AAdvantage scheme recently.

This includes aspects like earning rates being brought in unison and upgrade priority for members set to be ‘evened up’ across both carriers.

Indeed Ben from One Mile at a Time believes the upcoming new Mileage Plan 100K status, announced in January 2021, is being adopted purely to align elite tiers with AAdvantage.

If you’re going to the trouble of harmonising all these benefits, why stop at oneworld redemption rates?

What would that mean for some of the Cathay Pacific and JAL ‘sweet spots’ we’ve become used to with the Alaska programme?

Here’s a look at the one-way AAdvantage rates alongside existing Mileage Plan rates on some of the ‘sweet spots’ our readers based in Asia tend to get their value from, when redeeming Alaska miles.

It’s important to note that we have no idea whether the current AAdvantage award chart will be anywhere close to the future Mileage Plan rates.

You could call this anything from “an educated guess” to “wild speculation”, so do take it with a pinch of salt, since we won’t know what the actual rates will look like until later this year.

If the new rates do bear resemblance to (or match) the AAdvantage levels, however, some of these sweet spots will be getting a severe devaluation!

Most of our readers buy their Alaska miles in one of the airline’s regular sales, typically for around 2 US cents (2.7 Singapore cents) per mile, to take advantage of the ‘sweet spots’.

Sadly at anything close to AAdvantage rates, we can’t see many remaining options that would make sense.

It wouldn’t all be bad news

The good news? If Alaska Mileage Plan is going to align towards (or match) the AAdvantage award table for oneworld redemptions, we can look forward to a new ‘sweet spot’ between Asia and Australia with the likes of Cathay Pacific, Qantas, Malaysia Airlines and British Airways.

Such rates would actually result in a significant reduction in the current Alaska mileage rates needed for a Cathay Pacific Singapore – Hong Kong – Auckland award, for example.

Whether a comparison to AAdvantage redemption rates is valid or not we don’t yet know, but remember the Mileage Plan programme is being closely aligned in other areas, such as earn rates, tier structure and upgrade eligibility.

If Alaska Mileage Plan award rates on oneworld carriers continued to be significantly cheaper than AAdvantage rates, as they are today in the Cathay and JAL ‘sweet spot’ examples, AAdvantage members aren’t likely to be very happy.

It could even convince them to ditch the AAdvantage scheme and credit their flights to Alaska instead, given the earn rates and status perks will soon be largely aligned between the two programmes anyway.

Ultimately, with benefits and earnings more or less aligned, the two programmes will want their members to believe they are getting more or less the same value from their miles too, so we can’t see the oneworld award chart being significantly different between them.

What else are we waiting to hear?

When it comes to award redemption using Alaska miles, aside from the new and revised rates, we still need to see what happens regarding a few other things.

A significant influence in Alaska Airlines’ entry into the oneworld alliance has been its sponsor, American Airlines.

In some ways, in fact, it’s appeared less like ‘influence’ and more like ‘wilful direction’! That’s especially true when it comes to the Alaska Mileage Plan scheme, which has been (or is in the process of being) almost directly unified with the AAdvantage programme, from earning, to perks, to upgrade eligibility at the gate.

Transposing these increasing ties between those two programmes to a potential future oneworld award chart for Alaska Mileage Plan members might well be a 2 + 2 = 5 scenario, and in many ways we hope it is given some of the devaluations it would lead to, but it’s also probably not a bad guess.

The good news is that even if those 50,000 miles transpacific Business Class ‘sweet spots’ become 70,000 miles ones, Alaska Airlines has promised to give us 90 days to lock in awards at existing rates, hopefully giving us redemption options well into 2022, even if we have to ‘cash out’ of the programme.