Skip to content
Providing a tiny free Wi-Fi allowance is a 'hook' marketing tactic which will lead to more revenue for Singapore Airlines. But free is free. 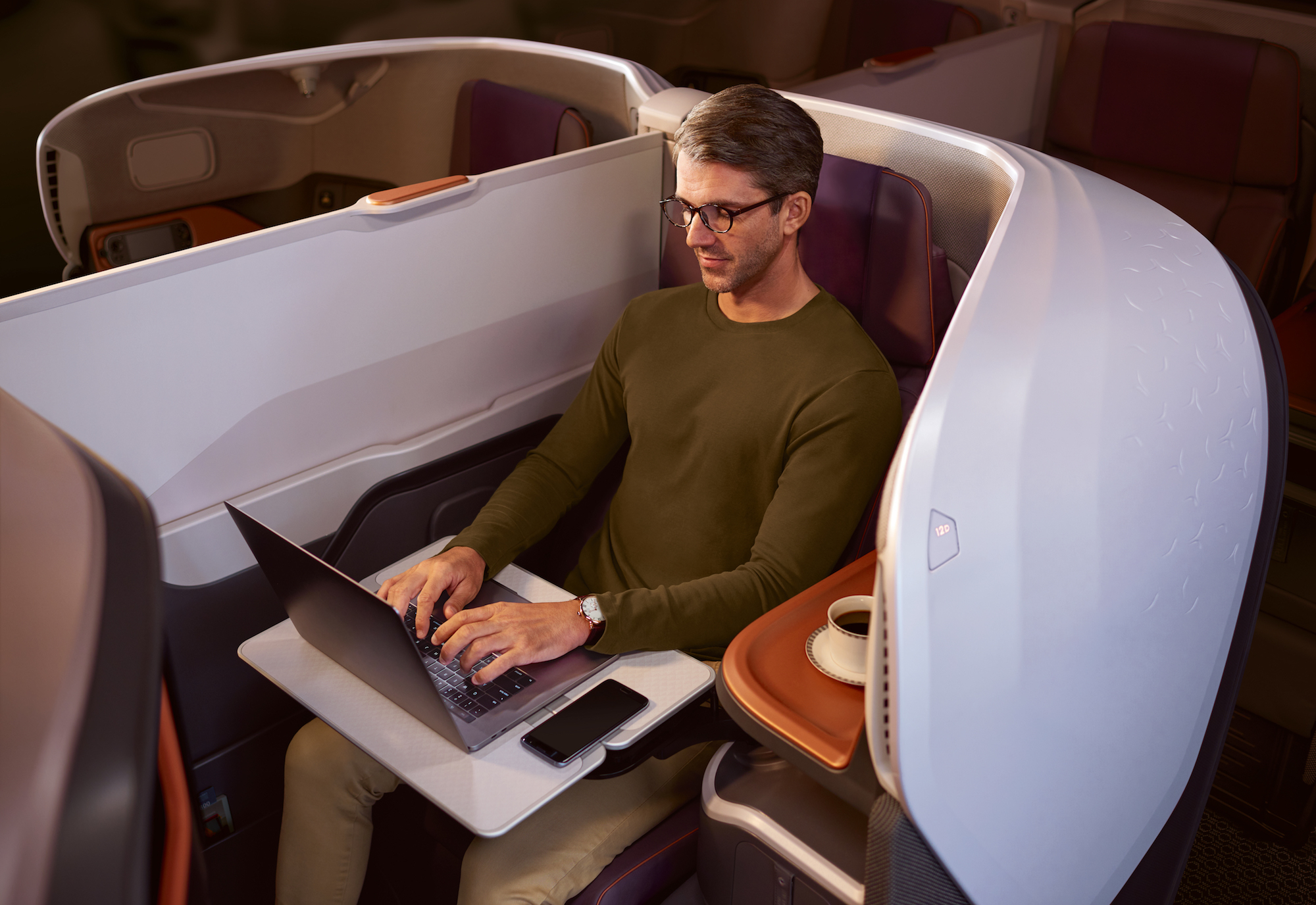 Singapore Airlines has announced a free Wi-Fi allowance for passengers travelling in first class / suites or business class, and KrisFlyer PPS Club members. Customers travelling in those categories on Airbus A350, Airbus A380 and Boeing 777-300ER aircraft (and soon, Boeing 787-10 aircraft) can now connect to the onboard portal and complete the required details using the ‘Complimentary Access’ link.

Simple enough, so what are you entitled to?

This is where it starts to sound a lot less generous. Free allowance is volume-based (regardless of the aircraft type, even though some aircraft use a time-based allowance), and applies per flight sector, as follows:

* – Singapore Airlines originally stated that only 15MB free allowance in this category would be available on certain aircraft, but have since revised their relevant website page to state that 30MB free is offered without any such restriction. We’ve contacted the Public Affairs team to make sure that’s right, and will update this article with their response.

(Edit 18th February 2018 21:58: A Singapore Airlines spokesperson responded to our enquiry and stated:

“Suites and First class passengers will receive 100MB of data, while Business Class and PPS Club members (and their supplementary card holders) will receive 30MB of data across all classes. This is available across all aircraft fleet, including the A380, A350 and Boeing 777-300ER. This will also be provided onboard the Boeing 787-10 progressively.”)

Traveller Tip: Passengers cannot accumulate two allowance categories, only the higher rate will apply (e.g. a PPS Club member travelling in first class will get a 100MB allowance, not 130MB).

Both Wi-Fi allowances are a ‘token gesture’ in terms of data allowance. Even 100MB won’t last most users long, 30MB is positively stingy, and even runs the risk of being considered insulting.

This morning, for example, I ran a test using my phone on the 4G network while on my way to work to do the following, which took about 5 minutes in total:

I could only realistically repeat that process once on the business class or PPS Club (30MB allowance) package.

On a laptop, it’s even worse. Unlike mobile sites and phone apps which use built-in compression to minimise data transfer, on a laptop you’re getting all the site features without any of that streamlining. Just loading the BBC News website on a laptop, for example, uses up a whopping 8.0MB of data.

This whole announcement has been dressed up as a ‘perk’. We can’t deny that fundamentally it is – some passengers are receiving more than they received before.

However, Singapore Airlines is being a bit clever here. This is actually a way to ‘lure’ people into paying for a full data package once they experience the (hopefully) reliable connection for a short time, especially if they then find themselves halfway through browsing, or a WhatsApp conversation with someone when their data package expires. Which let’s face it, won’t take long.

It’s a well-known marketing technique known as a ‘hook’, enticing people to buy the full product after giving them a free sample first.

Emirates used to do something very similar on their A380, offering all passengers 10MB data for free (later 20MB), then once that expired allowing 500MB more for just US$1 (a token amount, so basically still free).

They then moved to a more conventional (and more costly) pricing structure, but only once regular customers had become used to using Wi-Fi throughout their Emirates A380 flights. Clever.

The speed increased significantly too (obviously, with fewer users) – so those who were hooked, and then started paying, felt like they were getting even more value for money. Double clever.

One thing Emirates do now ensure though is that their Skywards members (any tier) flying in business or first class on the A380 have unlimited complimentary Wi-Fi throughout the flight. And it’s free to join Skywards, so why wouldn’t you?

On the other hand, Singapore Airlines is using a tiny free Wi-Fi allowance for their most loyal and valuable customers as a way to drive up total revenue from the service. That increased revenue will then be generated from these same loyal, high-value customers – people paying the most for their tickets.

If you’re a Singapore Airlines regular, you’ll probably know the Wi-Fi offering is a bit of a mishmash, and it isn’t cheap. Some aircraft have a time-based package, others have a volume-based package and the new A380s have a ‘whichever occurs first’ package.

Here’s the Wi-Fi pricing schedule for the current SIA fleet:

Currently, the three major telcos in Singapore are offering unlimited data packages for use with the Singapore Airlines onboard Wi-Fi, as follows:

These look expensive options (and they are), but remember as the onboard Wi-Fi options are generally not unlimited, and are priced in US$ (so you need to multiply by at least 1.3x), they start to look like more reasonable alternatives.

If you have a World Elite MasterCard, use Boingo instead (A350)

As we mentioned in our review of the Citi Prestige card, one of the perks is unlimited Boingo Wi-Fi Access (even better than Boingo’s top rate paid account at US$39 per month, which only gives you 2,000 minutes).

This is actually a World Elite MasterCard perk (see here for details). In some countries the World MasterCard is also eligible, but not for cards issued in Singapore (for example, the OCBC Titanium Rewards card does not have this benefit).

You can use your Boingo account to access the Wi-Fi system on the Singapore Airlines Airbus A350 (we happily used it without limit for free all the way to Cape Town and back last month). It didn’t appear to be an option on the ‘new’ A380 when we travelled on it in January, and we’ll check the 777-300ER next month. Fingers crossed for the 787-10.

Wi-Fi on the Boeing 787-10 will be really crucial because eventually there will be 49 of these planes in the SIA fleet, flying predominantly regional routes but also flights of up to 9 hours like certain Australian and Japanese destinations.

What we do know so far is that the aircraft is fitted with Panasonic Avionics Wi-Fi, an identical system to that on the Scoot Boeing 787 fleet.

Scoot’s Wi-Fi connection plans are all volume-based, and prices are high even compared to what SIA are charging, but neither of those facts are necessarily all that meaningful at this stage.

(Edit 18th February 2018 21:58: From the Singapore Airlines spokesperson quoted above, business class passengers and PPS club members will also be entitled to 30MB free data allowance on the Boeing 787-10.)

Our thoughts, albeit admittedly on the cynical side, are that this is an easy revenue generation ploy from Singapore Airlines. The ‘hook’ marketing principle should work well for them here, to drive up overall subscription revenue for the onboard Wi-Fi service. Better still, they can dress this one up as a new perk – but we know it will more than pay for itself.

For the end user of course, none of that really matters. You’re getting something (small) for free, which you had to pay for before.

Just remember – when the free data allowance expires halfway through uploading your ‘Champagne at 38,000ft’ picture to Facebook… this is exactly what they wanted.