Skip to content
Fly one of the latest flat-bed direct aisle access Business Class seats on a 12-hour flight to Europe for 60,000 Alaska miles. 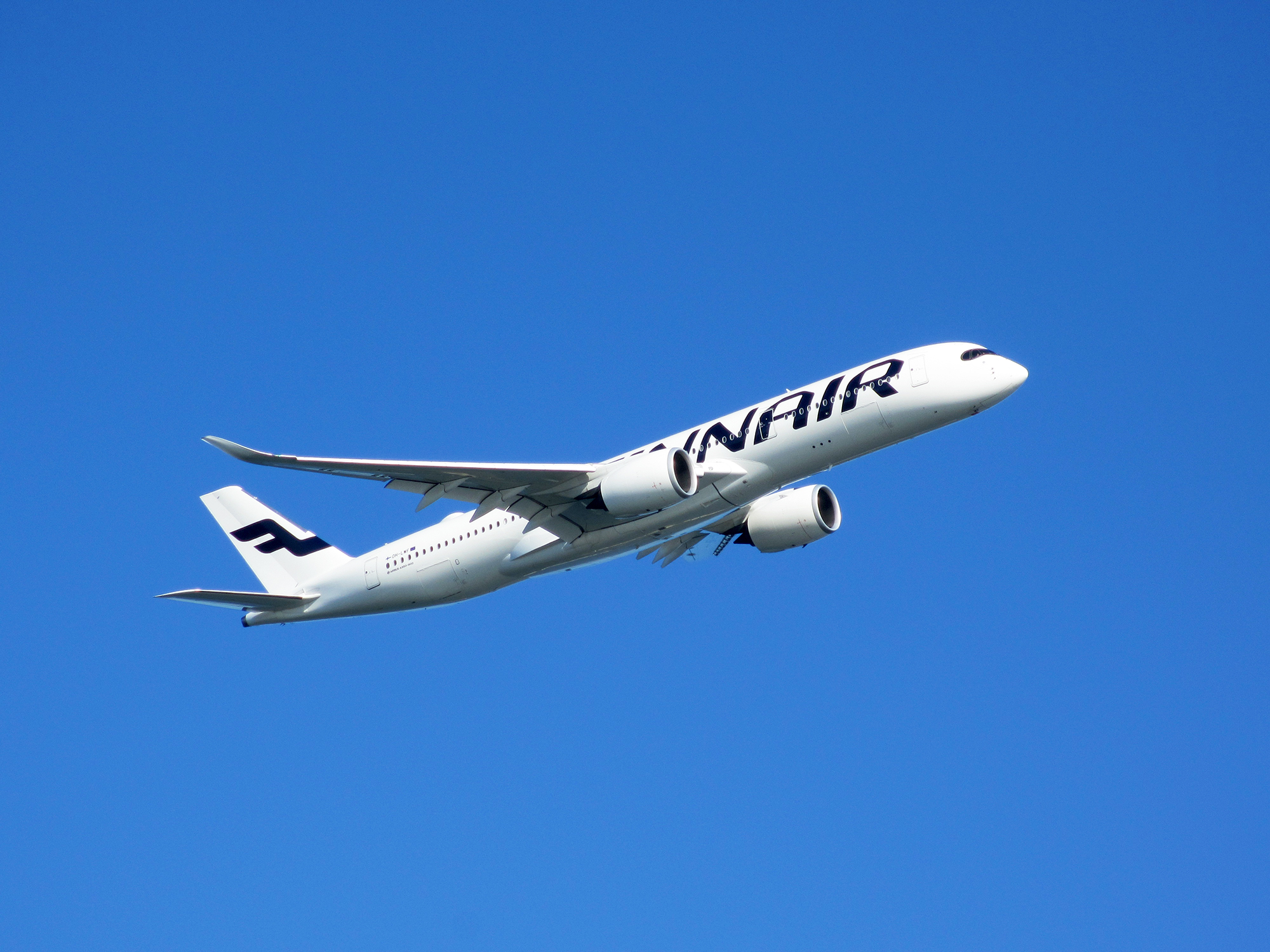 Back in May 2017 Finnair became an Alaska Airlines partner, allowing you to earn Alaska miles when flying on Finnair services. Until now however, redemption on Finnair hasn’t been possible.

Though there was no formal announcement, a couple of days ago One Mile at a Time noticed that Finnair flights were appearing in the Alaska Airlines award system search results. This is a benefit in itself, Cathay Pacific award flights for example still have to be searched by alternative means (such as the BA site) then you have to call Alaska to book.

Indeed the Alaska online award charts (which are actually more of a clever drop-down menu origin / destination selector than a series of ‘charts’) now reflect the relevant Finnair pricing. What’s even better is that Finnair have opened up their entire award network to Alaska Mileage Plan members, not just flights to and from the USA which is the case for some airlines like Emirates and Qantas.

For an overview of the Alaska Mileage Plan and its benefits for Singapore-based travellers, see our detailed article here.

The key question of course regarding a frequent flyer scheme known for its generous redemption rates is how many Alaska miles will it set you back to redeem a Finnair flight?

The answer most of our readers need is the redemption level from Singapore to Europe (or vice-versa). Well the news is you can now redeem your Alaska Miles to fly from Asia to Europe on Finnair, at the following rates:

These are competitive miles levels when you consider that KrisFlyer charge 38,000 (17% more) for a saver award ticket from Singapore to Europe in Economy Class, or 85,000 miles in Business Class (42% more).

If you elect to fly to Europe using KrisFlyer miles on a Star Alliance carrier it’s the same 85,000 rate in Business Class, but 45,000 miles in Economy. That’s 38% more than the Alaska / Finnair rate.

Note how Cathay Pacific redemptions remain better value than Finnair, however they are only applicable between Hong Kong and Europe. The Finnair rates are good for all their Asian destinations which means not only Singapore, but flights to and from the following cities get the same rate for redemptions using Alaska miles for Europe award bookings.

Those shown in bold have at least some flights currently served by the newer A350.

Which Finnair plane flies to and from Singapore?

Finnair are now flying the new Airbus A350 daily between Helsinki and Singapore, fitted with their latest Business Class seats. These are in a 1-2-1 flat-bed configuration with direct aisle access, the popular Zodiac Cirrus III seat which you’ll also find on long-haul Cathay Pacific aircraft, among others.

The three A350s Finnair have received in their latest batch are configured with 32 Business Class seats instead of 46 on earlier aircraft, which will inevitably limit award availability. Those three aircraft are predominantly being used for flights to Beijing, Shanghai and Bangkok.

What else is offered?

Other Alaska miles rates for flights on Finnair, which may interest our readers, include flights between Europe and India:

Between Europe and the Middle East:

Between Europe and the USA:

Flying between Europe and the USA isn’t a great deal here. Some of these flights, like Helsinki to New York, are just 8 hours long. To be charged 10,000 more miles in Business Class than you are for the much longer Helsinki to Singapore flight (11.5 hours) is possibly reflective of the disparity between revenue markets on these routes, but will certainly seem to many on the face of it like a poor redemption.

Bear in mind KrisFlyer are charging 65,000 miles between Europe and North America in Business Class on their Star Alliance award chart, or the same rate for the Manchester – Houston and Frankfurt – New York flights operated by their own jets.

Not all Finnair Business Class is made alike

An important point to remember is that Finnair still have 8 Airbus A330s knocking around and they won’t be phased out until the remaining Airbus A350s on order have been delivered. Currently 11 A350s are flying with the carrier, so by some (lazy, simplistic) calculation only 58% of Finnair long-haul flights sport their latest Business Class seats.

On the A330 it’s a rather strange alternating 2-2-1, 1-2-1 configuration, meaning you have to be very careful which seat(s) you choose on this aircraft. Nonetheless while they’re not the latest generation of Business Class seats, they still convert to fully flat-beds.

How to earn Alaska miles

Alaska miles can often be obtained ‘inexpensively’ (or at least for what we’d call ‘good value’) in one of their regular sales where up to 50% bonus miles have been offered.

In the latest sale (now ended) where the deal was a 40% bonus on purchased miles, it meant picking them up for about 2.11 US cents each. That would make a Finnair Business Class flight from Singapore to Europe US$1,260 if you bought all your Alaska miles this way – less than half the usual cost.

Other options include transferring into Alaska miles from SPG / Marriott points (or whatever the combined loyalty scheme is revealed to be called in the next couple days) and from hotel bookings made through Kaligo, Pointshound and Agoda.

For an overview of the Alaska Mileage Plan and its benefits for Singapore-based travellers, see our detailed article here.

What about Singapore Airlines?

Many of you will recall that the most recent three airlines to sign up as Alaska Airlines partners in the last 12 months were Finnair, Aer Lingus and Singapore Airlines.

No redemption deal has been formalised allowing use of Alaska miles on flights operated by Aer Lingus or Singapore Airlines yet, but there should be one on the way in both cases, with the latter being of obvious interest to our readers.

Singapore to Europe in Business Class for 60,000 Alaska miles is good, but it isn’t as good as Cathay’s 42,500 Alaska miles option in the same cabin from Hong Kong to Europe.

The problem with the latter is that you have to get to Hong Kong in the first place to use it.

Finnair on the other hand provide a daily non-stop option each evening straight from Changi, with a wide selection of connecting flights in the morning from their Helsinki hub (they even offer a morning London Heathrow connection on the A350, so you can enjoy the same long-haul Business Class bed for 3 further hours).

There’s also the option for you to check out the Qantas Singapore Lounge or BA lounge at Changi’s T1 before your flight, neither of which are accessible when flying Singapore Airlines or on the Star Alliance network.

That all sounds very positive and here’s the main drawback – Finnair aren’t that generous with award space, especially in Business Class. It’s a little fiddly but our recommendation is to use the Alaska search engine in calendar month view to easily find available dates.

As for the next two airlines ‘in the chain’, remember that Finnair redemptions were promised by the end of 2017, however it has taken nearly 8 months longer than planned to get the facility up and running. There’s still no word on how much longer we’ll have to wait to see the Singapore Airlines redemption options and award pricing for Alaska Mileage Plan members.

On the whole though more options for using your points is a good thing. Many of our readers maintain a decent Alaska miles balance and this new opportunity to redeem across the Finnair network will no doubt be welcome news, another opportunity to sip Champagne at 35,000ft for a lot less than others are paying for the same privilege.

Hat tip to One Mile at a Time and Monkey Miles for the heads-up on this development. 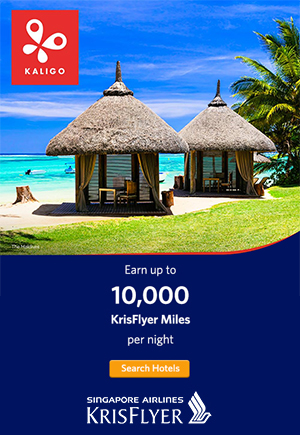