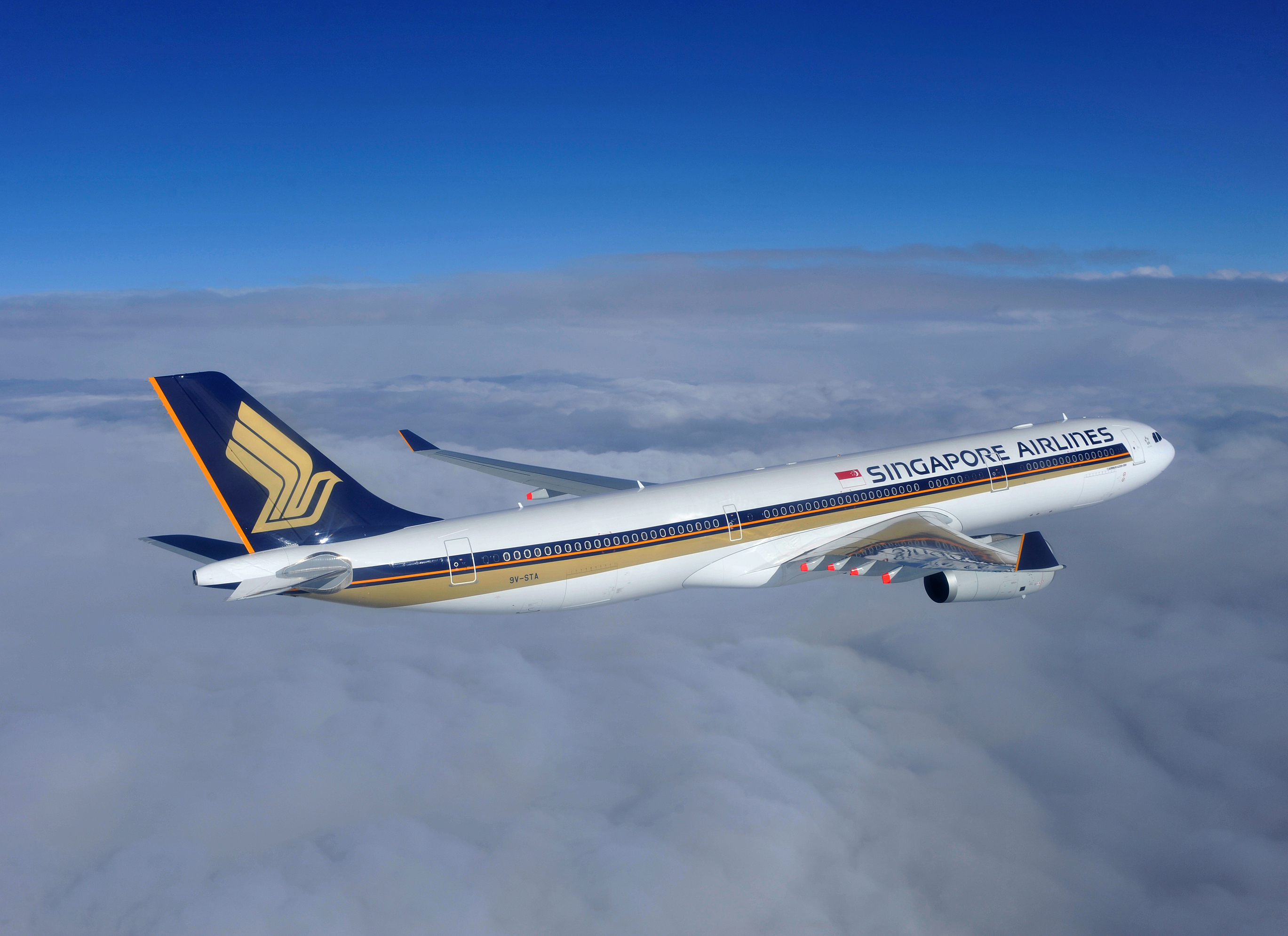 The Airbus A330-300 fleet operates regional flights from Singapore – up to around eight hours flight time. It’s nice and simple because all of these aircraft belong to the -300 series, and all are fitted with only one configuration – 30 of the older 2009 Regional Business Class seats in a 2-2-2 layout, and 255 economy seats in a 2-4-2 layout.

The aircraft operates to many of the obvious regional destinations like Kuala Lumpur, Bangkok, Yangon, Jakarta and Hanoi, but where you have to be careful with the A330 is that you’ll also see it operating longer flights too, for example Singapore to Osaka.

Currently the A330s are being returned to their leasing companies and replaced with the Boeing 787-10 and Airbus A350-900 Regional featuring newer Business Class seats. In future these will take over all SIA’s A330 flights, probably by the end of 2020.

The reason to be cautious on longer flights is that SIA A330s are fitted with their 2009 regional business class product – a 2-2-2 configuration with 172-degree recline (almost flat, but not quite!). That gives rise to three main concerns – aisle access, privacy, and perhaps most importantly, sleeping.

For a daytime flight it’s actually quite acceptable, especially when travelling as a couple. Overnight it’s one to avoid due to the angled bed (good enough for a daytime snooze in our opinion, but not conducive to a good night’s sleep).

Travelling solo, these seats aren’t great for privacy. There is a reasonably-sized privacy divider between each seat pair, but it doesn’t afford you the seclusion of the newest Business Class seats in the fleet.

There are two toilets in this cabin at the rear, behind seats 16 A&C and 16 H&K. Two toilets for 30 passengers (and two pilots) is quite a nice ratio for business class, but you can avoid some of the foot traffic by choosing a seat further forward in this cabin.

Row 11 (which is always the furthest forward Business Class row in all SIA aircraft) benefits from some additional legroom, though beware the infant bassinets are also at this row so there is a possibility of disturbance, and the IFE screens are mounted on the bulkhead wall in front of you as there is no seat in front. We usually hedge our bets about halfway down the business cabin (row 14) for this reason, especially on an overnight sector.

Row 16: Proximity to the galley and toilets means more foot traffic and potentially more noise in this row. Although there is a full galley between row 16 and the first row in economy (row 31), be aware that row 31 is the main bassinet area in economy, with four bassinet positions, and that some noise is therefore possible. Avoid.

Row 11/12: If there is a screaming infant in the bassinet, say goodbye to a peaceful flight if you’re seated here (otherwise, they are possibly the best seats – see above).

If travelling solo, one of the middle seats (D or F) is preferable. In the best case, no one will select the seat next to you, giving you ample extra space. In the worst case, both you and the stranger next to you have unrestricted aisle access (i.e. you won’t be stuck in the window seat having to climb over their legs in the middle of the night, or vice-versa).

For couples, the A330 is actually one of the best SIA aircraft for Economy Class travel, due to the 2-4-2 configuration.

The 64 window pairs on this aircraft are perfect for couples, all other aircraft in the SIA fleet have a 3-3-3 or 3-4-3 configuration in economy, with the exception of the eight A380 Config 1 aircraft which have a small 2-4-2 economy section at the back of the upper deck, and that fills up quickly for obvious reasons.

Extra legroom seats can be found only at the window pairs of row 48 on this aircraft, but beware the bassinet positions across two of the middle seats in row 48, so there may be some increased noise in this area.

It’s easy to avoid proximity to the toilets by choosing a seat towards the front of the first economy cabin (we would suggest rows 31 to 40). As with business class you do play a slight gamble with proximity to the bassinet row, so on a long overnight flight, hedge your bets towards mid-cabin in the forward section in our opinion.

Row 34 A/C and H/K: For the window pairs at row 34, the window is missing. If you’re a fan of the view outside, or just plain claustrophobic, avoid.

Row 47 & Rows 62/63: These rows sit right in front of either the main bank of four toilets (row 47), or the rear three toilets and rear economy galley (rows 62/63), meaning lots of foot traffic, queuing and noise around these seats. Avoid.

Row 59 D/E/G: As the fuselage narrows towards the rear, the configuration in the last few rows of the aircraft changes from 2-4-2 and becomes 2-3-2. It’s reported that the first row of three middle seats at row 59 has a clunky / restrictive legroom arrangement with four misaligned seats in front. The IFE screens are also misaligned, as they are still mounted on the back of the seat in the row ahead. Avoid.

What did we miss? If you have personal experience of specific seats to favour or avoid on this aircraft, please let us know in the comments section below, and we’ll certainly try to incorporate your feedback.