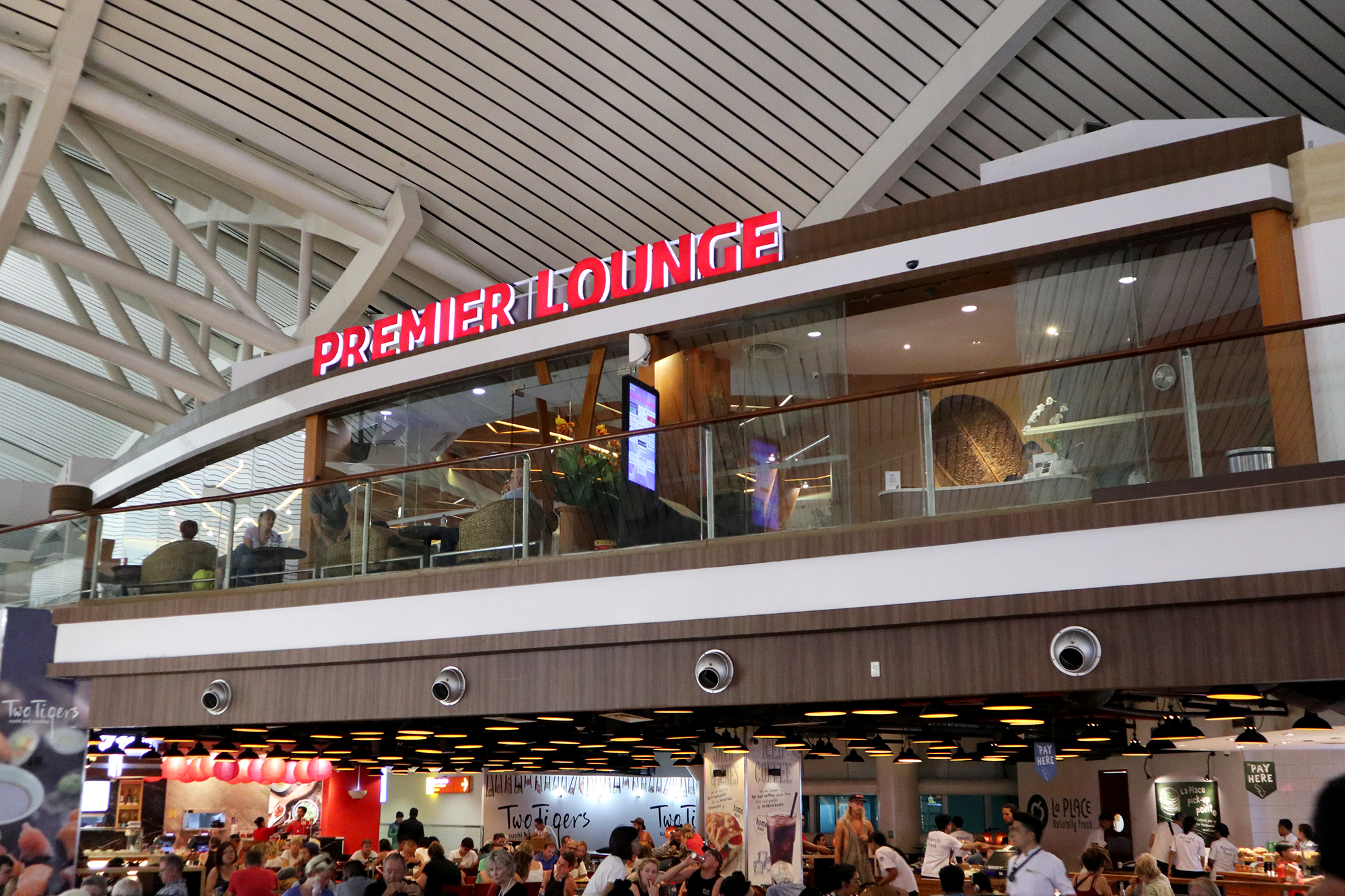 Bali’s previous JAS Premier lounge in the old International Departures area was good. Not great, but a very acceptable place to spend a few hours with a bowl of Soto Ayam, some beer/wine and even an outdoor terrace with an excellent view of the apron and the runway approach path.

The terrible state of the main departure lounge area at the time probably made it seem better than it actually was.

With the major building works of the new international terminal at Bali, which were completed in late 2013, came the promise of a new lounge. The problem was, it didn’t open until over a year later – on 15th January 2015. In the meantime they had a poorly partitioned off area near the gates that was hot, packed, served inedible food and warm beer. It was so bad we didn’t even take pictures.

So when the news that the new Premier Lounge had finally opened we breathed a sigh of relief and looked forward to familiar batik-covered furnishings, cold Bintang and a view of the arriving aircraft. The reality is, sadly, quite different.

All three lounges (Premier, T/G and Garuda) are located on a mezzanine level above the main departure lounge area.

Proceed through immigration and security. You’ll then be forced into a long snaking path through duty-free, which is like an obstacle course of Daim bar and cuddly toy sales stands.

In the corner, between two of the shops is a lift and stairs.

Traveller Tip: Take the stairs. You’ll need to burn off some calories if you want to attack the “brown food” buffet selection.

Several different and quite uncoordinated seating areas have been rammed into a small space. All are showing intense wear and tear. Around the buffet is a small number of green wicker armchairs with side tables. Only a very small number have power sockets.

Past the buffet, into the lounge, are red circular sectional sofas. These have small side tables in between and are good for couples travelling together. They also have multi-standard power sockets in the ankle area.

There is a “business centre” with a printer and several PC terminals – sadly we have no pictures as a family had decided to camp out there for the duration of our stay.

There are several further smaller areas of seating including a vague attempt to provide a kids play area. Some of these had stand-alone air conditioning units to supplement the inadequate main system.

A glass door next to the buffet leads to an “outdoor” seating area on the mezzanine above the main terminal. Being nearer to the roof it was even warmer out here and noisy with the sounds from the departures area below echoing from the sculpted roof above. It was a little less crowded however.

Two words – full and hot. This lounge serves an overwhelming number of customers (see the “Access” section) and as a result, is perpetually rammed. We didn’t think we’d see more people in one lounge than the regular evening rush at the Singapore Airlines SilverKris Singapore T3 lounge – we were wrong.

On the evening we visited, the staff eventually stopped admitting more guests but it was too little too late.

With the sheer volume of bodies in a cramped space, combined with Denpasar Airport’s overall asthmatic air conditioning makes for unpleasant conditions. To be fair, they have done their best to improve this since our first visit with stand-alone air conditioners (as mentioned above) but really… it’s like dropping an ice-cube into a bucket.

Brown. Very very brown. And that’s only if you can catch a glimpse of it in the first place. With the vast number of hungry, passengers who haven’t eaten since being ejected from their hotel at 12pm that afternoon – stocks at the small buffet don’t last long.

Be prepared to queue for the following delights:

A large fridge contains a selection of soft drinks, mixers and Bali Hai beer. Sadly all are a bit warm – probably due to the replacement rate.

A very sad looking manned bar serves a small selection of spirits (not including gin) plus red and white local wines.

When you hear “manned bar” you think – “sounds classy”… like a Cathay Pacific or Qantas lounge. Think again… the only reason for it to be manned is to strictly enforce the “2 drink rule” for each guest.