Skip to content
Currently known for forcing passengers to climb over strangers' legs in the night, BA's Club World is about to be reinvented as direct aisle access enclosed suites 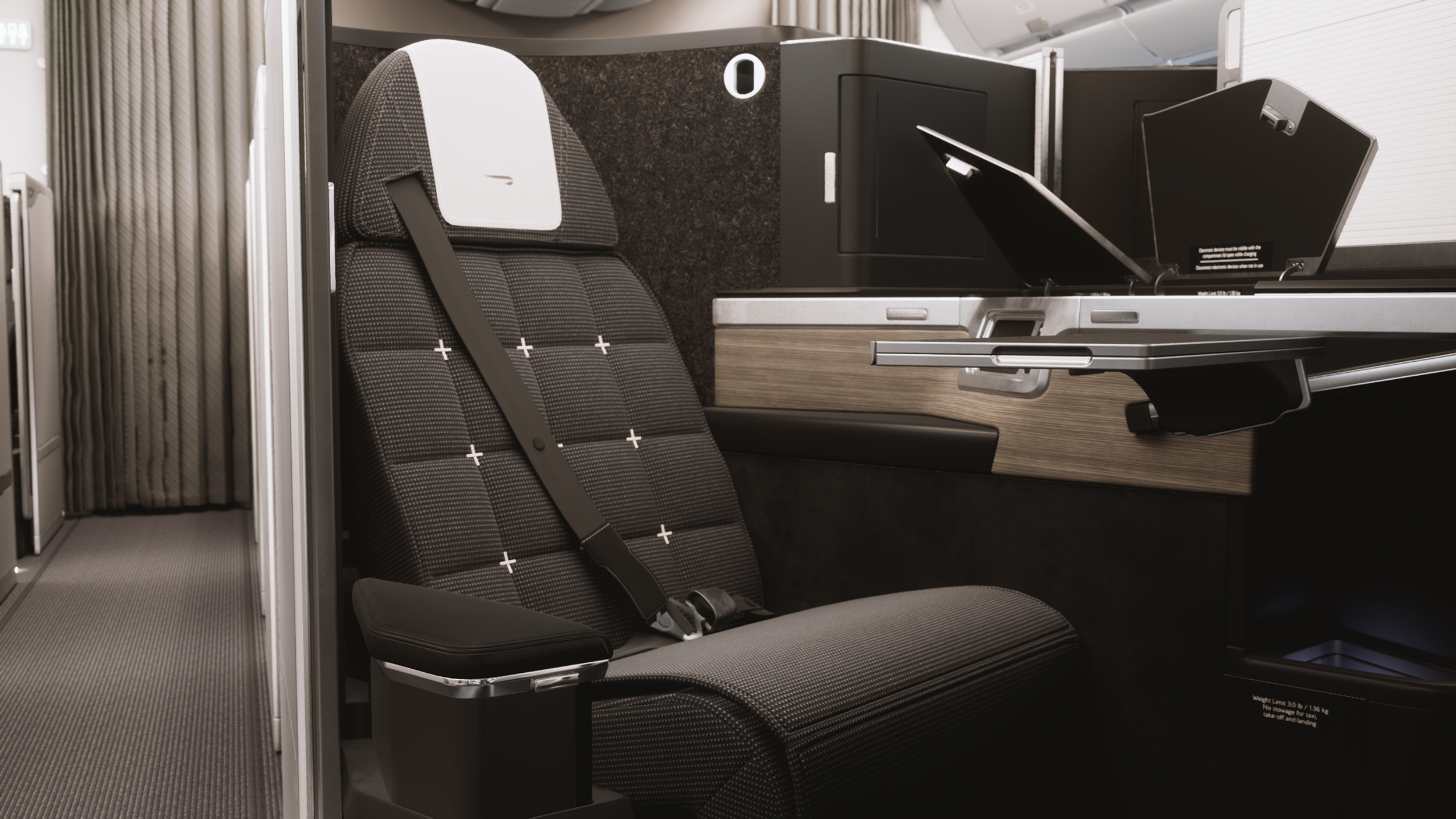 British Airways isn’t known for having a market-leading long-haul Business Class product. As most people know, the yin-yang configuration of its existing ‘Club World’ seats, once a pioneering design, now stands up poorly against the latest offerings in the industry.

Better privacy, direct aisle access, even double beds and enclosed suites, are fast becoming the Business Class norm, and despite introducing the first flat-bed seats of any Business Class back in 2000, British Airways has been left behind for at least the last decade in a competitive marketplace dominated by Middle East and Asian carriers.

The airline is stepping up its game in this cabin though, with the introduction of the Airbus A350-1000 from August 2019, featuring a brand new Club World cabin. Now it has been revealed, does it change the prospects for those flying Business Class on British Airways in the future, and when are we likely to see it on Asia-Pacific routes?

British Airways has opted for a heavily customised version of the Collins Aerospace ‘Elements’ Business Class seat, previously known as the ‘Super Diamond’ seat. Gone is the 2-4-2 arrangement used on the majority of British Airways planes in this cabin, in favour of direct aisle access for all passengers in a 1-2-1 layout.

Furthermore, although the product is already widely used by Qatar Airways (the model predating the Qsuite), Virgin Australia, China Airlines, Air Canada and American Airlines among others, British Airways will be the first airline to install the optional privacy door at each seat.

As with other such products, like the Qsuite, the doors will have to be locked in the open position for takeoff and landing for regulatory (safety) reasons.

In common with the current Club World seat, it reclines into a fully flat bed, though having lauded this benefit in its long-haul Business Class cabins for the last 19 years, BA was hardly going to take a step back on this!

Bed length is 79″, though at the foot end the bed narrows into a ‘V’ shape as your feet go under the console of the seat in front.

White and grey bedding from The White Company, accompanied by their amenity kit in a black case, combines with the dark, muted colour scheme of the seat, offset by pale stitching in the fabric, brown wood accents in the trim and white external suite walls.

Take a look at this 360-degree video to scan around the new A350 Club Suite cabin yourself.

As you can see from the 360, unlike many operators BA is retaining the overhead lockers above the middle seats in the A350. Personally we favour this approach, aside from not having to share storage space for your carry on luggage with the window passengers we find the cavernous ceiling odd when the lockers are not installed.

The Collins Elements seat isn’t short of storage space, with two flaps to the side, which open to reveal compartments for smaller items like your passport and mobile phone.

There is also a small door attached to the back wall alongside your head that opens to reveal another storage area ideal for headphones, and also housing a vanity mirror.

In-flight entertainment is in the form of a fixed 18.5″ high-definition screen, with gate-to-gate programming available.

That’s a significant step up from the existing 12.1″ screens in the current Club World cabin, which must be retracted for takeoff and landing. It even beats BA’s First Class screen size of 15.4″, with the exception of the 787-9, which has a 23″ model.

A privacy screen between the two middle E/F seats allows you to completely enclose yourself in your own suite if you are sitting next to a stranger, so unless you’re a die-hard window seat fan there are really no bad options in this cabin.

Those familiar with the layout of these seats, or similar layouts like that found on Cathay Pacific, will know that in the middle pair with reverse herringbone seating you are still sat quite far apart from your neighbour.

One advantage of the current Club World seat when travelling together is that the forwards-backwards window pair or rear-facing middle pair are quite sociable for couples.

The tray table on this seat extends from under the fixed IFE screen. You can just see it in the following photo.

Seat controls are via a touchscreen in the armrest below the storage compartments, with quick preset buttons for takeoff and landing position, reclined and bed mode. It’s likely you’ll be able to control the lighting through this screen too, in common with the Virgin Australia and China Airlines ‘Super Diamond’ seats.