Skip to content
If you're an HSBC Premier customer in Singapore, you can easily earn 10,000 KrisFlyer miles with the current sign-up bonus on the fee-free HSBC Premier Mastercard, by spending just $600 in the first month 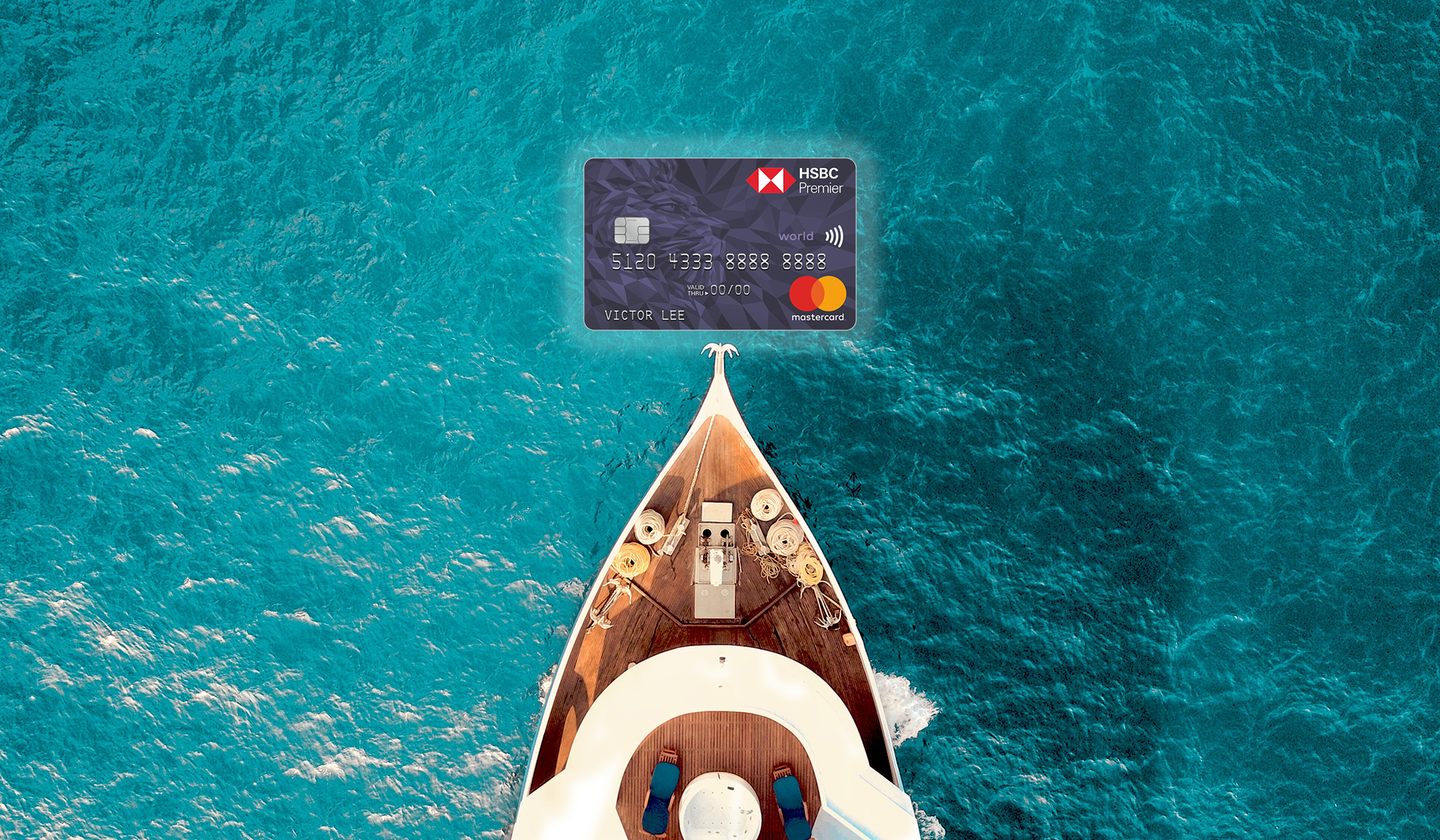 One miles-earning card (loosely speaking) that doesn’t usually pop up on the radar of most miles collectors in Singapore is the HSBC Premier Mastercard. That generally stems from two reasons; firstly only HSBC Premier customers are eligible to apply, and secondly it’s more of a cashback card which also accrues miles alongside, but at a very poor rate.

If you are an HSBC Premier customer though, you may be interested to know that this fee-free card currently comes with a 10,000 mile sign-up bonus for a low spending requirement of S$600 by the end of the month following the month of card approval.

The sign-up bonus is paid as 25,000 HSBC Rewards points, which can be transferred to 10,000 Singapore Airlines KrisFlyer miles or 10,000 Cathay Pacific Asia Miles.

If you’re not an HSBC Premier customer in Singapore but are interested in becoming one, this page tells you how you can qualify and outlines the benefits. You would be eligible for this offer provided you become a Premier customer and successfully apply for the card by the deadline.

If you are an HSBC Premier customer in another country, you can become one in Singapore without meeting any additional requirements.

When will you get your miles?

Bonus miles accrued under this promotion will be credited by the end of the month following the eligible spend period. For example if your card is approved on 15th June 2019, and you also get one supplementary card, the following will apply:

As you can see it’s going to be a good couple of months before you can rely on seeing the points in your account, and transfers from HSBC to KrisFlyer take up to a week once initiated.

Existing HSBC credit cardholders are eligible for the bonus, with the exception of those who currently hold the Premier Mastercard, or have previously held and cancelled their Premier Mastercard in the last 12 months.

The terms and conditions document is slightly cryptic here, suggesting that any existing HSBC cardholder will not be eligible for the bonus. However we clarified this directly with HSBC and they confirmed it is essentially just poorly worded and only refers to current and former Premier Mastercard customers. 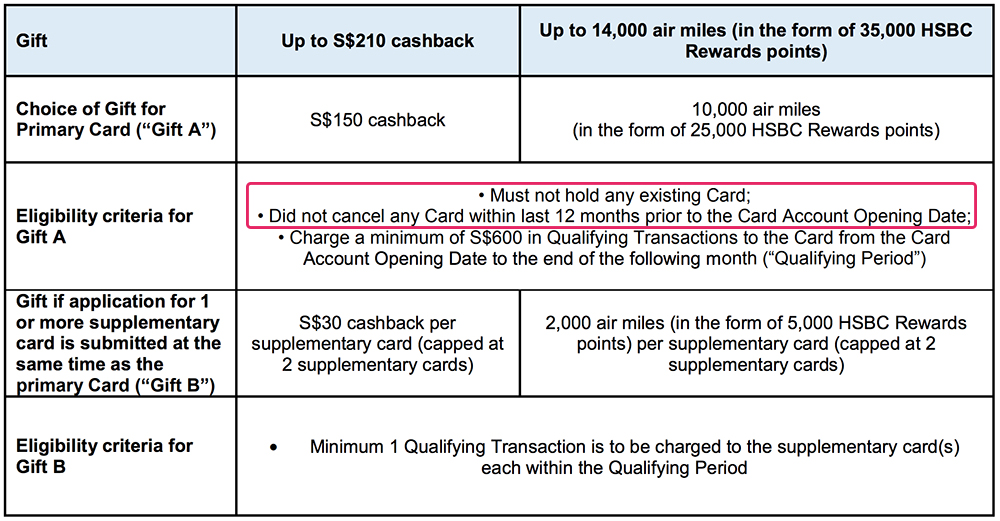 For example if you are an HSBC Premier customer with an HSBC Visa Infinite credit card, you will be eligible for this sign-up bonus.

See the full terms and conditions document for this offer here.

Bear in mind you will have to be enrolled in the HSBC Mileage Programme to convert your HSBC Rewards points into either KrisFlyer or Asia Miles.

If you are an HSBC Premier customer you are probably already enrolled anyway, and any points accrued on this card will be combined with your existing rewards points balance.

The minimum transfer quantity from HSBC Rewards points to KrisFlyer or Asia Miles is 5,000 points (which converts to 2,000 miles), with subsequent transfer blocks of the same size. So transferring 11 blocks for example costs 55,000 points and credits your frequent flyer account with 22,000 miles.

That makes it relatively easy to extract the miles earned under this promotion, compared to some other cards with higher minimum transfer amounts and blocks.

Is it a good card?

Beyond the sign-up bonus the card itself is not very interesting. It’s generally considered a cashback product offering rebates in spending categories like dining, petrol and groceries, while at the same time also earning HSBC Rewards points at a dismal 1 point per S$1 spent (equivalent to just 0.4 miles per dollar).

Indeed you’ll probably take a slight hit by channelling S$600 of spend onto the card to achieve the bonus, given that you would probably earn at least 1.2 miles per dollar on a good general spending credit card in Singapore, normally earning you 720 miles for that amount.

This card will only award the equivalent of 240 miles to trigger the bonus, so you’ve taken a small sacrifice there. The way to look at it though is that for S$600 spending you are earning an equivalent of 17.1 miles per S$1 (total earning 10,240 miles). Remember not to spend any more after that though.

For any supplementary cards, just spend as little as possible on a single transaction to trigger the additional miles bonus for those.

We’ve updated our top credit card sign-up bonuses page with this and all the latest offers currently available, so even if you’re not an HSBC Premier customer or you already hold this card, have a look to see what other options you currently have. 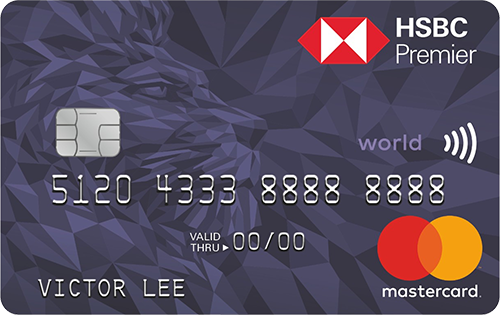