Skip to content
Only one regular daily flight remains from midnight on Saturday, as Singapore Airlines takes a knife to almost every destination in its first phase of flight cuts 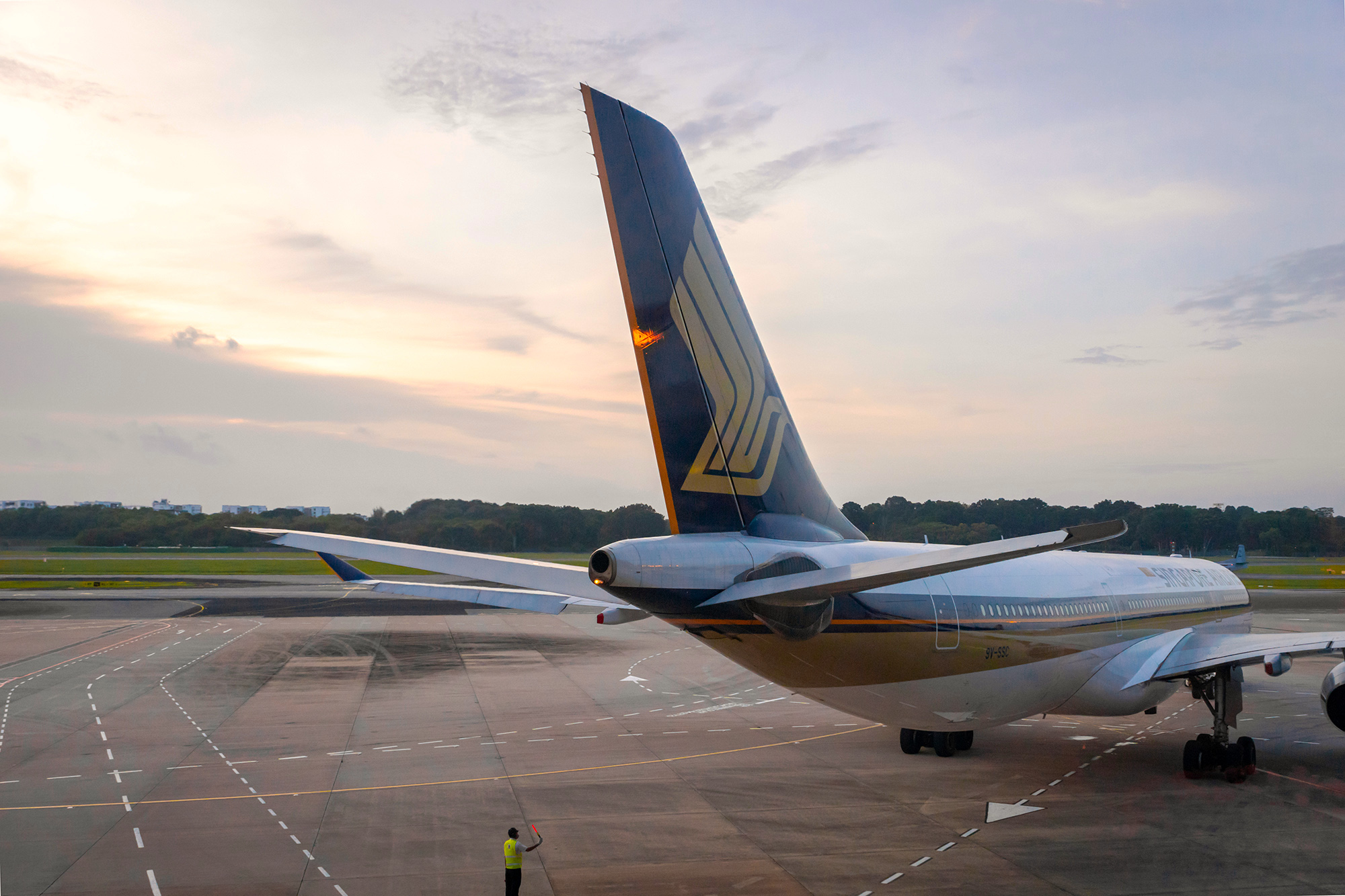 Earlier today Singapore Airlines announced a radical cut to its flying schedules for April 2020, grounding 185 of its 196 aircraft across the three SIA Group airlines and scaling back capacity by an astonishing 96% during the month.

The airline has now confirmed the passenger services it still plans to operate across the SIA and SilkAir brands between 29th March and 11th April 2020, the first two weeks of the northern summer season.

Further cancellations from 12th April 2020 have not yet been announced.

Just 74 Singapore Airlines flights and 2 SilkAir services will operate during the 14-day period, the first phase of announced cuts, which would normally see around 5,000 services flown by the two airlines.

Singapore Airlines and SilkAir will be running the following flights to and from just seven cities on their respective networks between 29th March and 11th April 2020.

All other flights not listed below are cancelled during this period.

* A320 services under SQ flight numbers to and from Brunei are operated by SilkAir.

Note that once SQ319 arrives back from London on Wednesday 1st April 2020, no further Airbus A380 flights are planned for the remainder of this first phase of flight cancellations. We strongly expect the airline’s entire fleet of 19 Airbus A380s will be stored as part of these cuts, owing to their high capacity and operating costs.

SilkAir is only operating its wet-lease flights to and from Brunei for Singapore Airlines using the Airbus A320, plus a Chongqing flight.

Update 24th March: SilkAir’s Malé and SIA’s Dhaka flights remained bookable at the time of writing, however they were later removed and will not operate during this period. Two return Guangzhou flights will however operate and have been added.

These cancellations represent SIA’s initial plan to almost completely cut capacity in the short term, removing the vast majority of its flights and grounding nearly its entire fleet for the first two weeks of the northern winter timetable.

The airline has updated its PDF lists of cancelled flights to reflect these cancellations, which you can download here (last updated 23rd March 2020, 4.30pm SGT).

From 12th April 2020 there are no further changes since SIA last updated its cancelled flights list, meaning daily services to a host of cities like Sydney, London and Perth will be reinstated.

That is largely theoretical at the moment. Many further cuts to the schedule for the second two weeks of April are highly likely to come through over the next few days and weeks. In other words, don’t count on anything from that date onwards until much closer to the time.

An absolutely devastating and almost complete shutdown of Singapore Airlines and SilkAir from midnight on Saturday will see only a handful of flights operate over a two-week period, a cancellation rate of nearly 99% in this first phase of cuts.

Services to Europe and Australia, including staunch SIA routes like Sydney, will have all services withdrawn. Even regionally the cuts are substantial, with Bangkok, Jakarta and Kuala Lumpur all gone.

Indeed Shanghai is the only city retaining a daily service throughout this period, with destinations like London only seeing flights through to the end of March before being suspended until 12th April (provisionally).

As always we’ll update you as soon as any further changes are made, however in the current climate with the coronavirus pandemic and strict border restrictions, expect more of the same cuts for SIA from 12th April onwards.