Skip to content
No surprise: With Singapore's COVID-19 cases taking off, the proposed travel bubble with Hong Kong is once again firmly grounded, with another announcement due on or before 13 June.

Last week we reported how Hong Kong’s Secretary for Commerce and Economic Development Edward Yau told reporters at a press briefing there was a “high chance” the launch date for the much-anticipated travel bubble (ATB) between Singapore and Hong Kong would have to be postponed.

The comments were made after a discussion Yau had earlier that day with Singapore’s then transport minister Ong Ye Kung, who later confirmed that it was “very likely that Singapore will not be able to meet the resumption criteria”.

The bubble has burst again

Amid rising COVID-19 cases in Singapore, today a spokesperson for the Hong Kong SAR Government announced a formal deferral of the target date for the ATB, with a further announcement due on or before 13th June 2021.

In view of the recent COVID-19 epidemic situation in Singapore, the Governments of the HKSAR and Singapore have decided to defer the target date of the inaugural flights under the bilateral Air Travel Bubble (ATB) scheduled for May 26.

The two governments will continue to closely monitor the epidemic situation in both places, including the effectiveness of the enhanced anti-epidemic measures introduced by the Singapore Government, which have taken effect from yesterday (May 16) and would last till June 13. During this period, both sides will continue to maintain communication, exchange relevant data and statistics, and review developments closely before deciding on the way forward with the inaugural flights under the ATB.

A further announcement will be made on or before June 13.

The news comes after a meeting held this morning between Edward Yau and Singapore’s new Transport Minister S. Iswaran.

Singapore moved into Phase 2 (Heightened Measures) at the weekend due to increasing community case numbers, limiting group sizes to two, prohibiting dine-in at restaurants and returning to work-from-home as a default practice for residents.

The new restrictions will be in place until at least 13th June 2021, at which stage further details about the ATB proposal should have been made available (though a new start date won’t necessarily be announced).

Singapore Airlines has provisionally removed all availability on its Hong Kong flights until 1st July 2021, but don’t read too much into that at this stage. An actual ATB relaunch date will now hinge on how the case numbers evolve over the coming weeks.

The ATB concept allowed eligible travellers who had spent at least the last 14 days in either city to forgo quarantine on arrival, instead completing a COVID-19 testing regime both prior to and after travel in each direction.

The concept is based around designated ‘bubble flights’ by Cathay Pacific and Singapore Airlines, with only point-to-point travellers permitted and passenger numbers capped at 200 per flight.

This latest confirmation is by no means unanticipated. With cases already on the rise in Singapore, yesterday’s total of 38 new community cases was the highest in over 13 months, with 17 of those confirmed to be unlinked.

The formal suspension mechanism for the ATB triggers for 14 days when an average unlinked case total of more than five in either Singapore or Hong Kong is reached, based on a seven-day rolling average.

While that threshold has not (yet) been reached, standing at 4.57, rising unlinked community case numbers in Singapore will inevitably cause the total to surpass the limit. Only 5 unlinked community cases today (17th May 2021) would take the moving average above the maximum agreed limit for bubble operation.

When the bubble’s launch was last postponed, the threshold had also not strictly been breached, though the unlinked case numbers (in Hong Kong that time) were heading in a clear direction and had the ATB gone ahead as planned, a 14-day postponement would have triggered on its second day of operation.

Update: Singapore has now provisionally identified 11 unlinked cases on 17th May 2021, increasing the moving average to 6.00, in exceedance of the threshold.

If you have a cash or redemption booking on an ATB designated flight operated by Singapore Airlines or Cathay Pacific, you’re now entitled to a full refund with all fees waived.

These flights have been transferred to non-ATB status from 26th May and passengers travelling will therefore undergo a quarantine or SHN period at the destination city.

Where customers’ flights are cancelled or reverted to a non-ATB flight, affected passengers will be eligible for a refund of their tickets.  This includes a waiver of cancellation fees. A refund will be accorded to the passengers’ original form of payment for unutilised portion(s) of their tickets (including non-refundable tickets).

For those who booked through a travel agent, please contact them directly for assistance.

If the Air Travel Bubble is suspended, we’ll refund or change travel dates without charge for anyone due to travel during the suspension period.

If you have already booked and paid for your Prenetics COVID-19 test for arrival at Hong Kong International Airport, which became available to book from last week, this is also fully refundable.

Email support@prenetics.com for refund processing, which only took a few days for us last time the ATB was deferred in November 2020.

If you had a hotel booking for your ATB trip then hopefully it was a refundable one, allowing you to cancel or postpone the stay to a later date.

Even if you made a non-refundable booking, you should still contact the hotel or travel agent directly to enquire whether there are any other options, given the situation. Several of our readers did secure refunds last time the ATB fell over in November, even for inflexible rates.

If your trip is in July or later, however, we’d recommend probably holding on to any bookings since there is always a chance the ATB could be up and running by your originally planned travel dates, but anything in May or June does look highly unlikely now in our opinion.

History of the ATB

Here’s a recap on the ‘ATB saga’, from early October 2020 to the latest deferred relaunch plan. 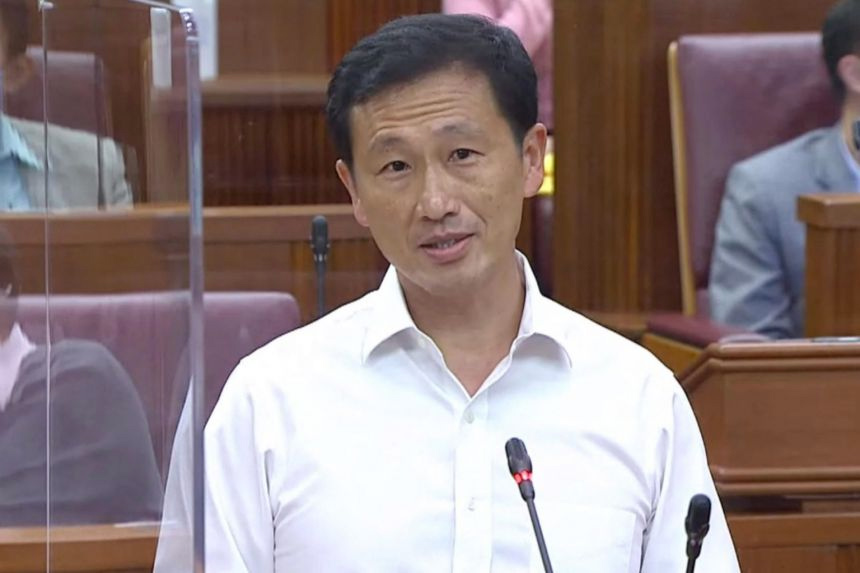 The two governments will open the first leisure ‘travel bubble’ for residents in both cities, with COVID-19 testing replacing quarantine 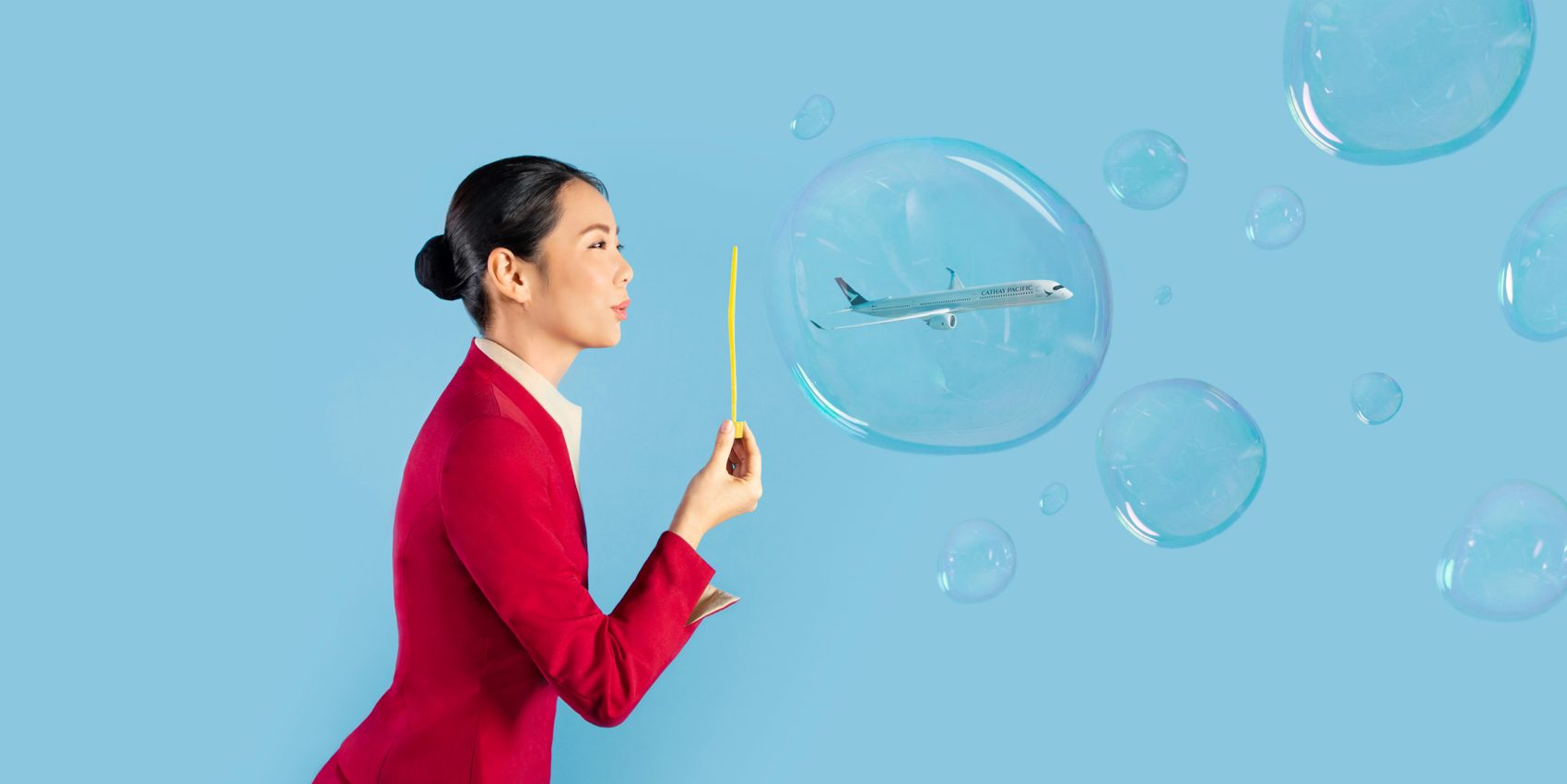 Cathay Pacific and Singapore Airlines will operate 7 designated ‘travel bubble’ flights per week from 22 November, increasing to 14 per week in early December 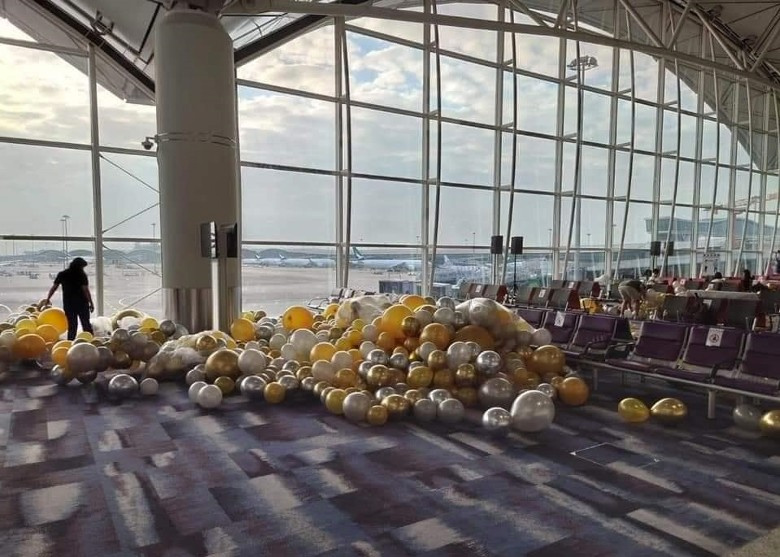 16 hours before the first flight was due to depart, the plug is pulled on the ATB, as Hong Kong feared a new ‘fourth wave’ of COVID-19 infections 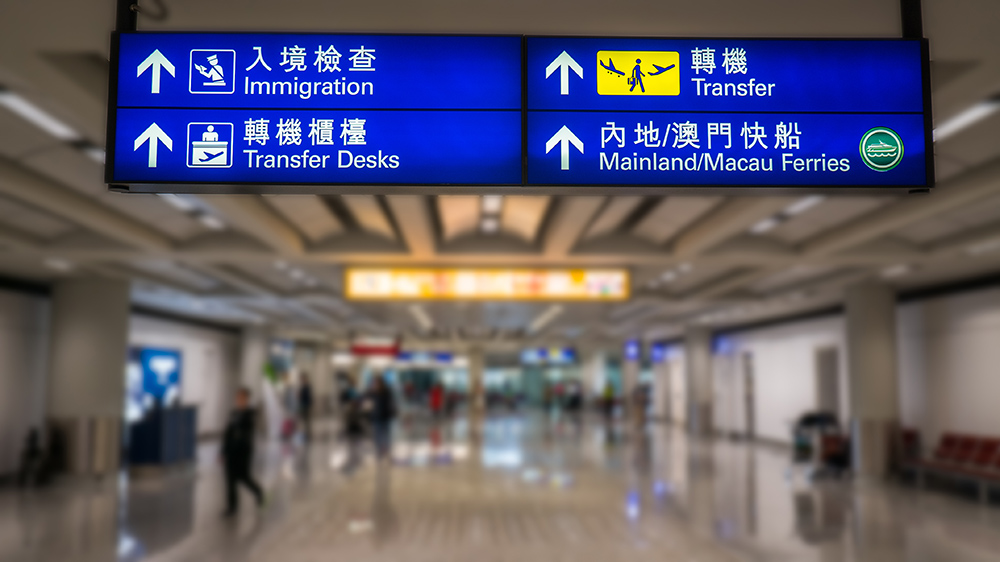 With unlinked COVID-19 cases still rising rapidly in Hong Kong, the two governments agree to defer the ATB “to beyond 2020” 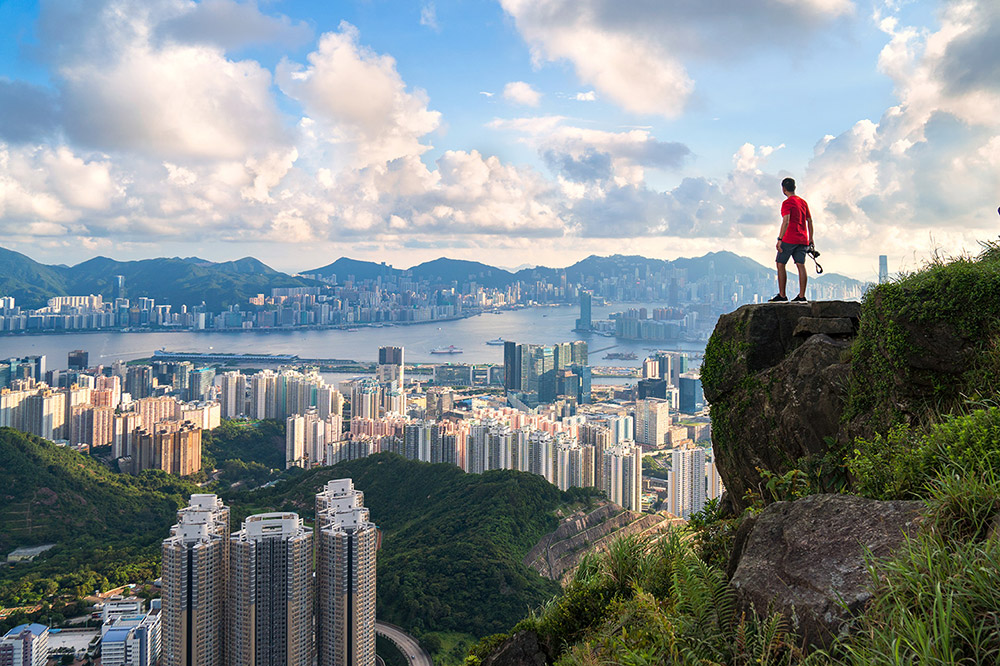 Hong Kong and Singapore actively discuss the ATB again, but this time with unspecified fresh precautions in store 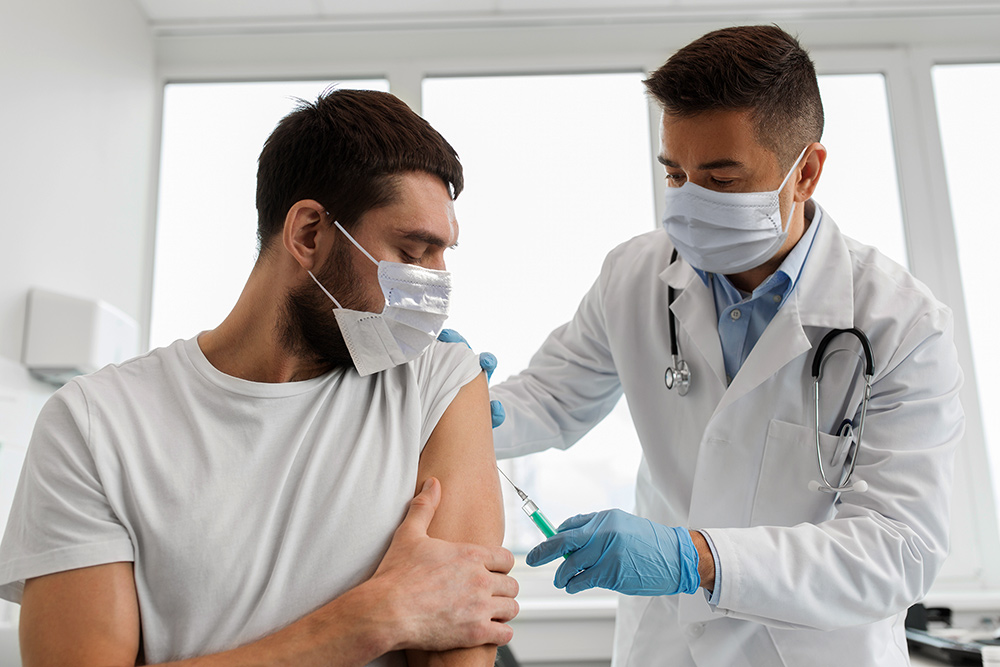 Vaccination set to be required for the ATB 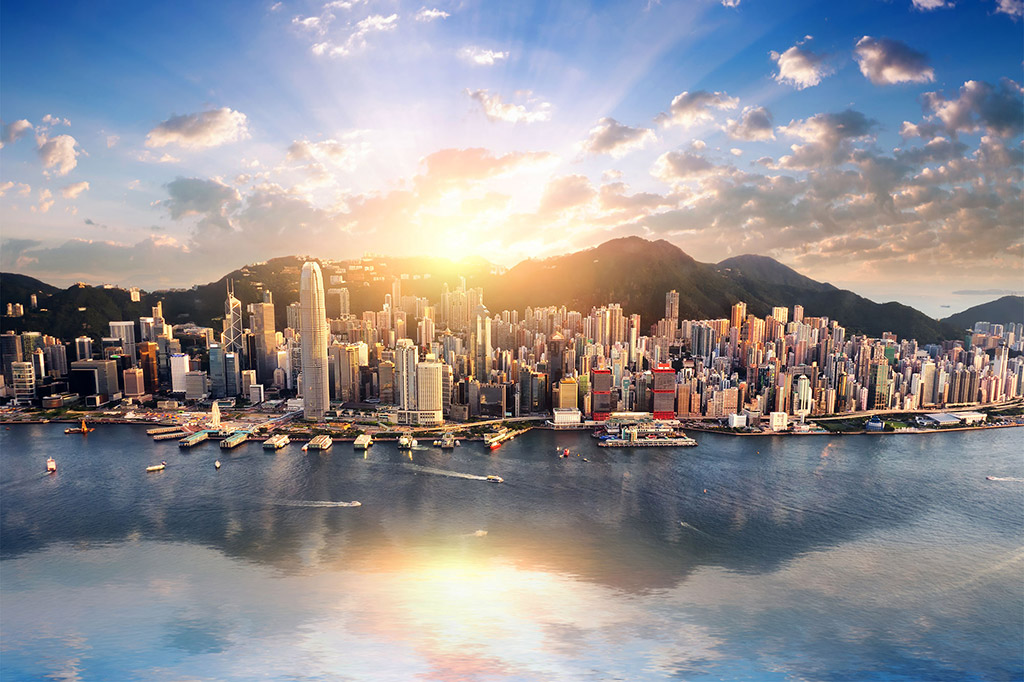 The long-awaited Singapore – Hong Kong Air Travel Bubble will take flight on 26th May, with vaccination only a requirement for Hong Kong residents

According to SCMP, Hong Kong is planning to move Singapore into its high risk ‘Group B’ category of countries for arriving travellers, requiring those fully vaccinated to quarantine at government-designated hotels for 14 days, followed by seven days of self-monitoring. Unvaccinated travellers would then be subject to 21-day hotel quarantine.

The new rules could come into effect as early as Monday 17th May, though they had not done so at the time of writing.

Currently, those arriving in the SAR from Singapore outside the proposed ATB scheme are required to undergo only seven days of hotel quarantine if they are fully vaccinated, increasing to 14 days for those not yet immunised.

Those arriving in Singapore from Hong Kong meanwhile are subject only to a seven-day SHN period at self-sourced accommodation, including their place of residence.

Update: Singapore will be categorised a high-risk ‘Group B’ country by Hong Kong with effect from 21st May 2021.

Will vaccination be a requirement ‘third time round’?

There were a few rumours prior to the second proposed launch of the ATB that vaccination would become a requirement for travellers, though in the end this was only imposed for Hong Kong’s resident nationals.

Aside from this fresh delay to the ATB’s launch, Singapore could also choose to match Hong Kong’s requirement for its citizens who wish to travel on the bubble to be fully vaccinated against COVID-19, once the plan eventually resurfaces.

Currently Singapore residents aged 45 and above can register for vaccination, however as of 10th May 2021 only around 1.3 million people had received both doses, all of whom would be considered “fully vaccinated” by 24th May at the latest.

Vaccination dosage intervals may be extended

Singapore is reportedly mooting the idea of extending the time interval between first and second Pfizer and Moderna COVID-19 vaccine doses, to achieve a higher level of partial vaccination in the short term.

“Instead of three to four weeks [between dose one and dose two] it can possibly extend to six to eight weeks.

This is something we are studying.”

This would potentially take effect from the second phase of vaccinations, which will commence when those in the general population between the ages of 30 and 45 become eligible to receive their jabs later this year.

Other countries like the UK already chose to expand the first to second vaccine dose window with the Pfizer vaccine to a 12-week interval, to allow a higher percentage of their population to receive one dose more quickly, while the virus was spreading rapidly.

Recent studies have shown the extended window between doses can actually increase antibody response in some people once a second dose is given. In similarly reassuring data, the two vaccines currently being administered in Singapore are shown to be 80% effective two weeks after just a single dose.

Here’s the problem for travel though…

“Fully vaccinated” status happens only 14 days after your second dose (for the two-dose vaccines currently being administered in Singapore).

That currently means a five to six-week wait from the first dose to full protection at standard dosage intervals, depending on which of the two vaccines you receive.

Let’s say that is extended to eight weeks for the Pfizer vaccine. Here’s how it would look for those receiving their initial shots on 1st July 2021, compared to the current timeline.

If this proposed vaccination dosage interval is implemented, that pushes back ‘fully vaccinated’ status by over a month, which is key to travel since any unlocked countries currently tend to define vaccination as having received the final dose of an approved vaccine at least two weeks prior to arrival.

This time it’s no surprise the plug was pulled on the plan, with officials priming us late last week for the strong likelihood of a deferral.

It does seem like the arrangement, undoubtedly made in good faith by both countries, is well and truly jinxed – with this latest delay now pushing it back indefinitely while Singapore deals with its spike in community cases.

We should know more about a proposed restart timeline (or further ‘can kicking’) on or before 13th June.

Let’s hope it’s “third time lucky” for the ATB when eventually do make it to another start date!