Skip to content
New 737 MAX aircraft will make their Australian debut on Darwin and Cairns flights from early January.

SilkAir has amended their flying schedule to both Cairns (CNS) and Darwin (DRW) from January 2018 to almost exclusively fly the new Boeing 737 MAX 8 aircraft on both routes.

Cairns to Singapore is currently the longest SilkAir flight, scheduled at 7 hours and 5 minutes duration, so having the most comfortable on board product operating the route will be an important bonus for passengers.

We wrote about the new 737 MAX aircraft back in October, just after it was introduced to the SilkAir fleet, with it’s larger business class seats, new coffee machine in the galley, and new economy seats with integrated device holders, seat-back USB charging and TV content streamed to your personal device.

It’s certainly now the aircraft of choice if you’re flying SilkAir, in either cabin.

Where else is the MAX flying?

Currently there are two SilkAir 737 MAX 8 aircraft flying, but three will be in service by the second week of January 2018. Now that the fleet is growing, aside from flights to Darwin and Cairns, you can also find the MAX operating:

No more guessing about the aircraft type

Singapore Airlines and SilkAir have (finally) added the 737 MAX 8 aircraft to their schedule database, so instead of having to identify the flights operated by the MAX like this: 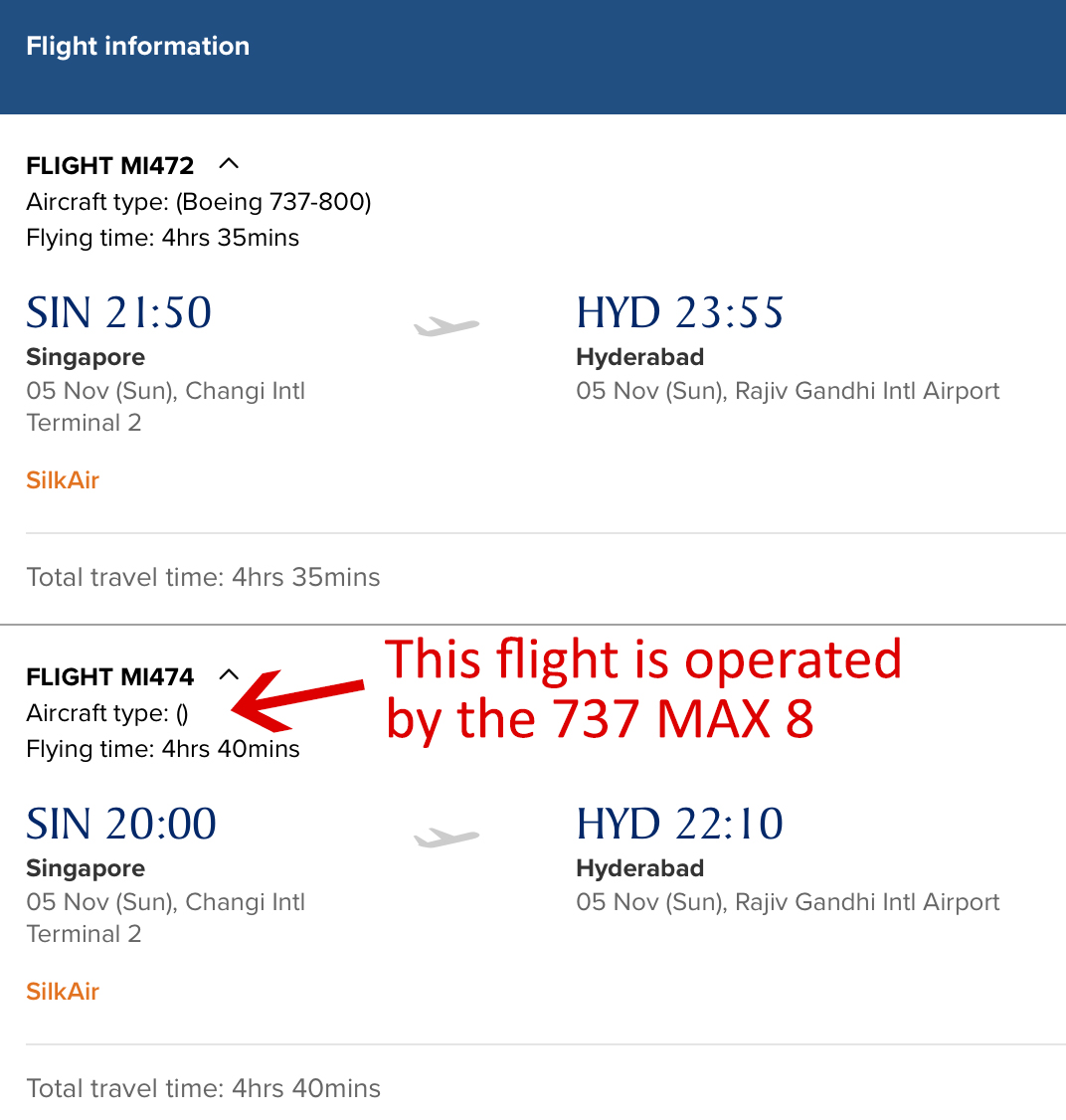 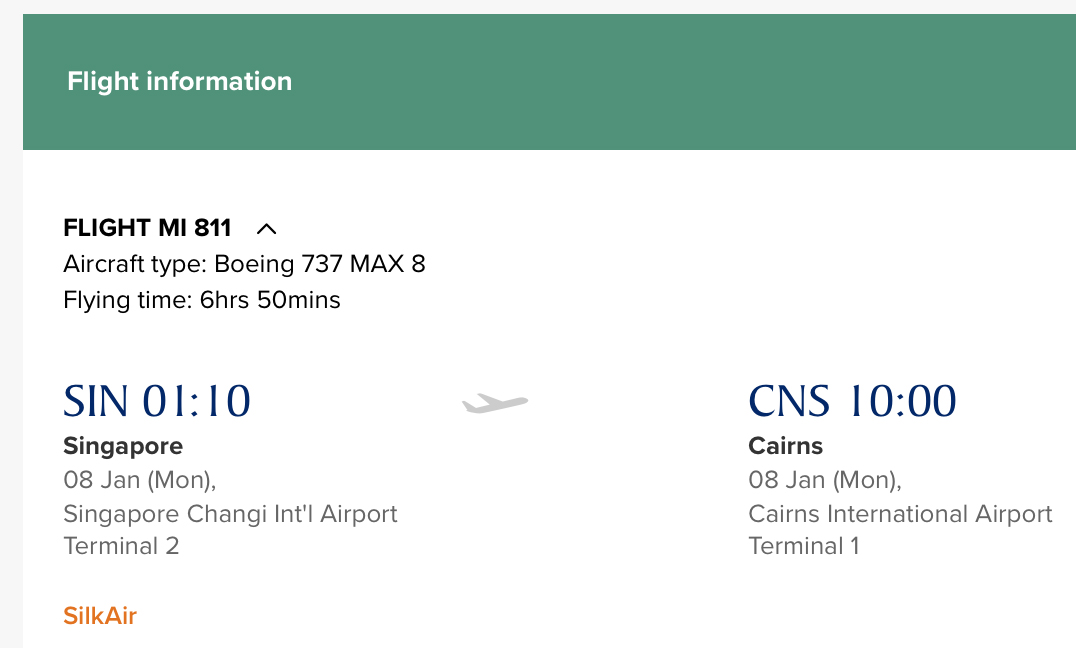 Only took them two months! Maybe now that’s resolved, the IT team can work on loading Star Alliance and partner award redemptions properly…

We looked at the first couple of months following the switch to the 737 MAX 8 for both of these routes.

From Singapore to Cairns and Singapore to Darwin, we found two saver business awards available on most flights up to the end of February. In economy however, there wasn’t a single flight with two saver awards on either route, all dates were subject to waitlist.

For the return sectors on both routes, redemptions were largely available for two passengers in either cabin.

Cairns redemptions will cost you (one way):

Darwin redemptions will cost you (one way):

Remember that standard awards are not available on SilkAir, only saver awards.

Notice that Cairns is disproportionately expensive in miles cost for business class. It will only cost you 40% more in economy to travel to Cairns compared to Darwin, but it’s a full 78% increase in business.