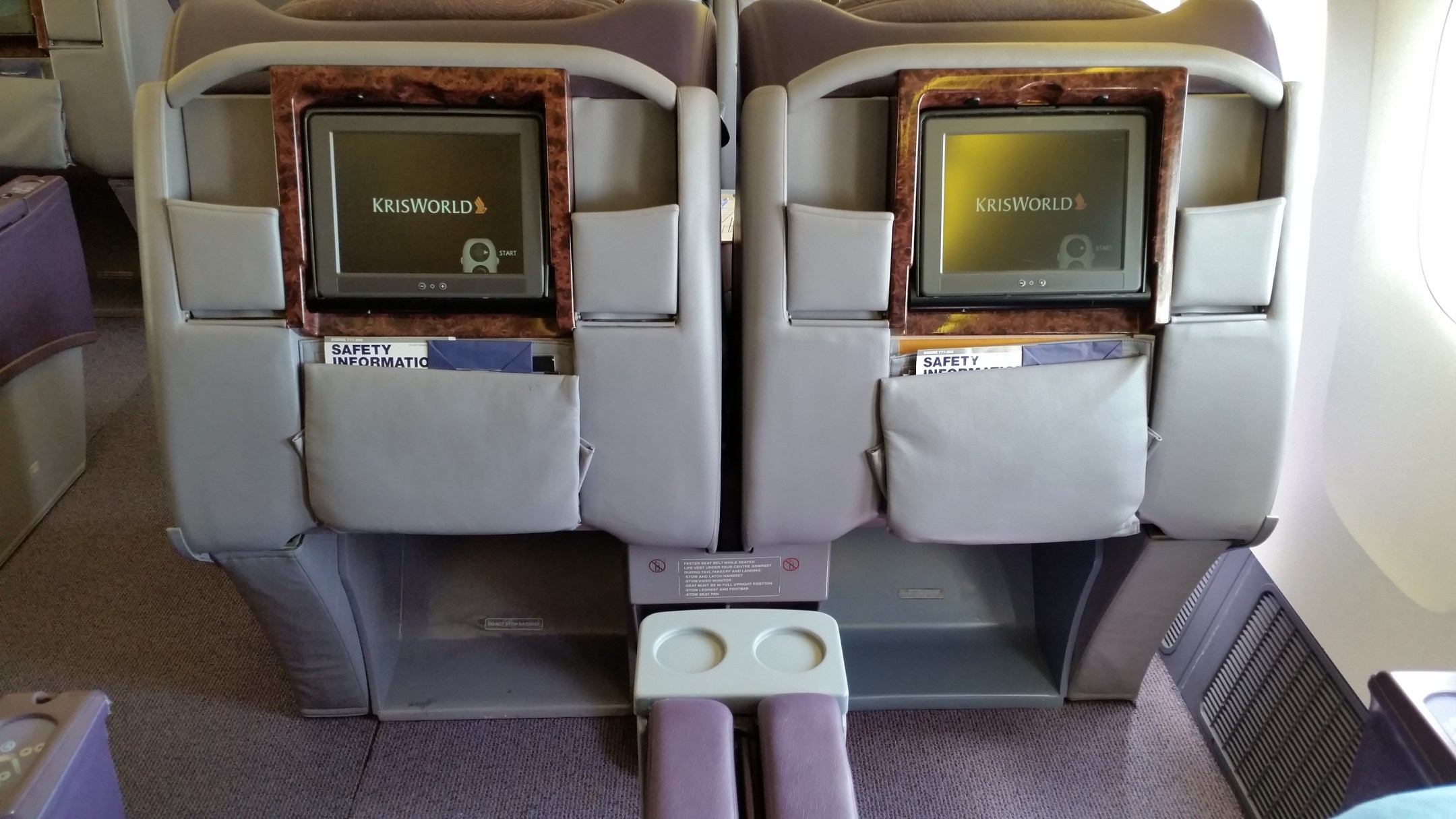 It took a while, but at the weekend we finally got confirmation that the last aircraft in the Singapore Airlines fleet with the old ‘Spacebed’ business class seats has been permanently retired from service. Unveiled in May 2002, almost 16 years ago, this product was well past its sell-by date and frankly after many sleepless night flights spent sliding into the foot wells – good riddance!

Even when the ‘Spacebed’ product was first unveiled, then still called ‘Raffles Class’, it was already behind the times. British Airways had just introduced a proper, fully flat bed in business class (granted, they haven’t really updated it since then!).

That didn’t stop SIA being very excited about the Spacebed product – so much so they even created several dedicated microsites to promote it. One of them, designed to advertise the seat for the launch of the A340-500, is still available online.

And here’s a flashback from the days when Singapore Airlines still paid for TV adverts!

Even at the time, the seat received a fairly critical reception. People liked the high cocoon back (something which has been echoed, albeit far more gracefully, on the new A380 business class) but the strange purple material and steep bed pitch were deal breakers for many.

Hang on, this seat was still recently in service?

Fast forward to 2017 and the product was indeed still alive, unbelievably. However, 9V-SVF, a Boeing 777-200ER, was the only Singapore Airlines aircraft left in the fleet with the old ‘Spacebed’ business class seat.

When the business class passengers on board SQ921 from Manila to Singapore landed into Changi in the late evening of 1st December 2017, little did they know they would be the last to experience the ‘Spacebed’ seat. The aircraft hasn’t flown a revenue service since, leading most to happily conclude the unannounced end had been and gone.

On Saturday it’s demise was confirmed as SVF flew a test flight from Changi to Changi with its livery titles removed.

Interestingly the aircraft has not been restored to the all-white livery typical for aircraft being returned to a leasing company or destined for a future operator, suggesting that SVF will be on its way to the desert in Arizona shortly.

That’s not too surprising given the near non-existent market demand for any 777-200 these days, let alone one this age (some 10 year old examples are already parked in the desert, SVF is over 16 years old).

How are the remaining 777-200ERs configured?

Now that the Spacebed is gone, a product unlikely to be missed by many passengers in 2018, the 9 remaining Singapore Airlines 777-200ERs all have the 2006 J seat, in a 1-2-1 configuration, which is a far superior product. We’ve updated our fleet page for this aircraft type to reflect the change.

Still a very nice seat for long-haul flights, 2006 J is a great seat for a short-haul hop, and you can find the -200ER regularly operating on Bangkok (typically the evening SQ978/981) and Hanoi (SQ176/175) flights in schedule gaps between longer duties.

It’s worth picking those sectors if your schedule allows, just look out for the 1-2-1 configuration in business class on the seat map before you commit to a booking or redemption.

Note that the SIA 777-200s (non-ER aircraft) mostly have the newer ‘regional business’ seat in a 2-2-2 configuration.

Are there any other ‘old’ business class seats left?

The aircraft is due to leave fleet at the end of this month, but until then you can avoid it (or book it I suppose, for the nostalgia factor) by checking the seat map (2-3-2 in business class means you’re on SRL).