Skip to content
Some of the finest First Class seats and suites operating on long-haul flights can be experienced on short sectors of only a couple of hours across Asia Pacific. 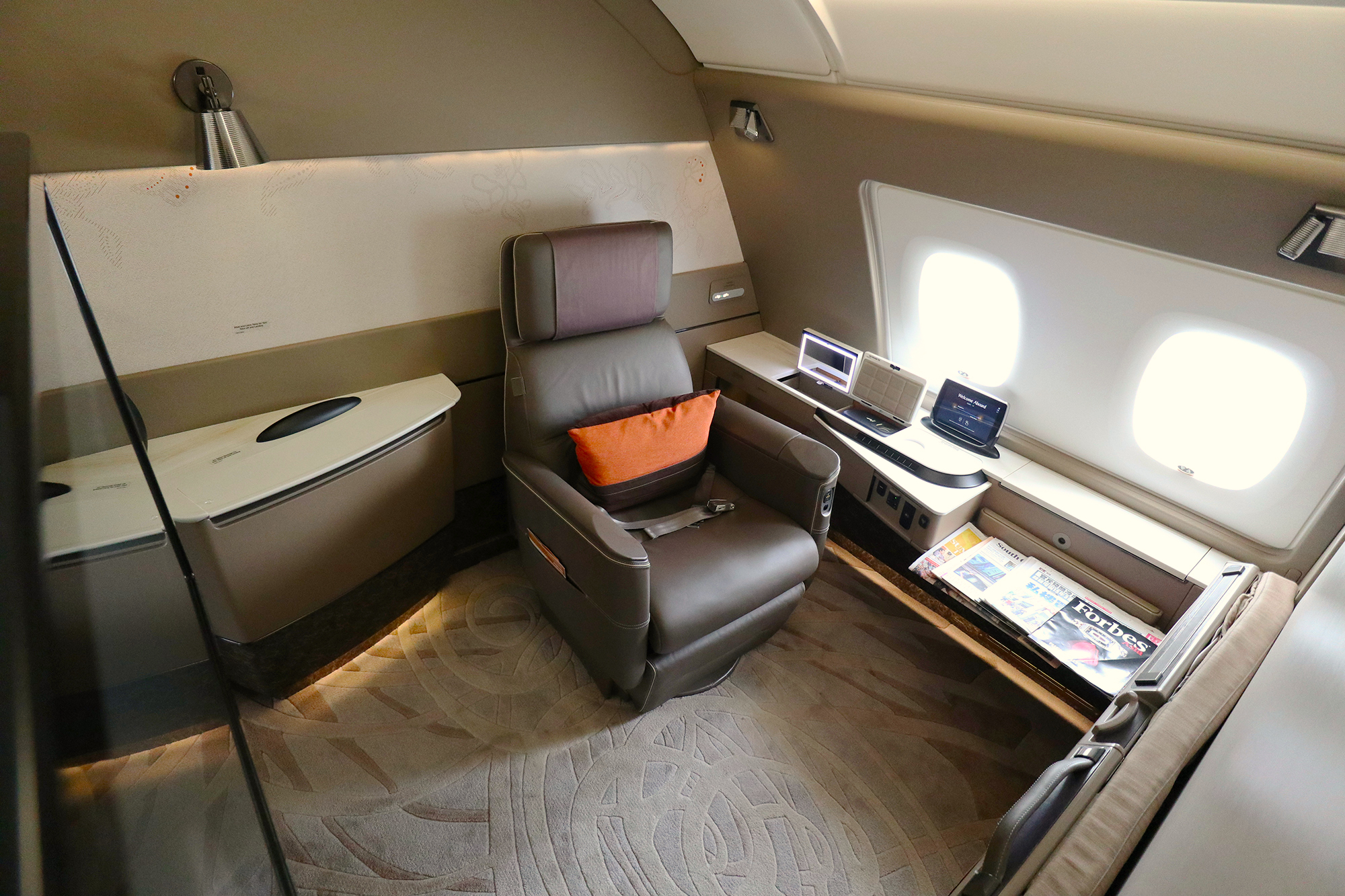 In June we looked at how you could secure long-haul premium Business Class flat-bed seats on relatively short hops across the Asia Pacific region. If you missed our very extensive analysis do check it out here.

This time it’s Part 2 of our guide – what you can do at the very front of the plane on certain routes and that of course means long-haul First Class products.

Very similar to our Business Class article – we looked at flights operating in the Asia Pacific region (excluding India) on wide-body aircraft this time with long-haul First Class seats installed, planned for a total scheduled flight duration of up to 4 hours.

September 2018 was used as the benchmark month of operation. We used ExpertFlyer to generate the schedules from major hubs in the region including aircraft equipment / configuration details, alongside some of our own knowledge and research.

Google’s ITA Matrix was used to find the cheapest one-way fares on these routes during September 2018 and we did our own research to determine the number of frequent flyer miles needed with the most popular schemes.

We already alluded to the issue with picking out long-haul products on Cathay Pacific planes flying regionally in our Business Class seats article, and of course for First Class there’s no exception.

The very comfortable and quite renowned Cathay First Class seat in a 1-1-1 configuration only exists on selected 777-300ER aircraft.

We’ve said it before but the problem on regional routes is equipment swaps. Cathay are absolute masters at it. It means for example even if you book a Singapore to Hong Kong First Class itinerary on a flight operated by the 777-300ER to secure their First Class seat it could easily change a week out, a day out or even on the day of operation.

Tough luck, you’re now in business. You will be refunded of course, in cash or in miles difference, but that’s not really the point because you booked First to get First. It’s horribly frustrating but sadly unavoidable and a risk you take with this airline on regional routes.

Alaska Mileage Plan at 27,500 miles for 4 hours of Cathay First Class between Singapore and Hong Kong is superb value.

Even American Airlines miles make good sense here. Avios and Asia Miles are on par and both Qantas and Qatar are asking illogical amounts, given that you wouldn’t likely part with the S$2,800 one-way fare anyway.

Finally if you scroll back up to the first table, the Avios rate between Hong Kong and Taipei of 18,000 points in First Class on the 777-300ER is incredible. We had to try a dummy booking just to make sure that wasn’t a mistake – it’s not. The routing is yours for 18,000 Avios + £31.90. Be warned, it’s a short flight, but an excellent value way to try out this product.

We also know many people who would pay 18,000 miles / points just to enjoy a few hours in Cathay’s excellent First Class lounges in Hong Kong!

If the 777-300ER long-haul Business Class seat (and those respective lounges in Hong Kong) are sufficient for you it’s an even better deal at 9,000 Avios.

Last month when we published Part 1 of our premium seats on short-haul Asia Pacific routes guide covering Business Class, we said you could fly the Emirates A380 each day between Bangkok and Hong Kong and this meant the First Class cabin with the shower suites was also an option on this route.

Well alas we were wrong, while this did used to be the case Emirates are now using one of their high-density 2-class A380s to fly this route which has no First Class cabin and so no showers. Apologies for getting anyone’s hopes up!

Edit: Thanks to The Champagne Mile however for correctly pointing out an Emirates A380 First Class Suites route in the region we missed out when we first published this article. It’s their daily A380 run between Sydney and Christchurch, a flight of about 3 hours, where you can happily enjoy the full product including the shower suites on a decent length sector from about S$1,300 or 54,000 Qantas or Emirates points.

We’ve flown the product before and liked it a lot. Here are the details of the Sydney to Christchurch flight:

The only other short sector in the region to experience the Emirates First Class product on is between Singapore and Colombo on the 777-300ER, a daily service.

(Photo: One Mile at a Time)

We ran into an issue when analysing Korean Air’s deployment of long-haul premium cabins on short routes in our Business Class analysis, and for First Class it’s a similar situation. Many Korean Air wide-body aircraft are fitted with what we would consider to be a long-haul First Class seat. Indeed these planes fly on long-haul routes as well as the shorter sectors we’re interested in for this article.

We don’t regard the basic ‘Sleeper’ First Class seat as a long-haul First product, as it’s more akin to Business Class with a 2-2-2 layout.

That narrows it down to the ‘Kosmo Sleeper’ and ‘Kosmo Suites’ seat types, which can be found on the following aircraft:

Unfortunately the A380 and 747-8i are not deployed on shorter routes in the Korean Air fleet, so it’s just the 777-200ER and -300ER we’re interested in. Here’s an example of the routes you’ll find these seats on (shortest to longest), showing flight duration and aircraft types operating based on the September 2018 schedule.

To and from Seoul (ICN):

There are a few options for experiencing the Singapore Airlines 2006 First Class, 2013 First Class and latest 2017 First Class (Suites) long-haul products on flights of less than 4 hours. Here’s what we found.