Skip to content
Premium Business Class seats designed for long-haul flights can be experienced on short sectors of only a couple of hours across Asia Pacific. 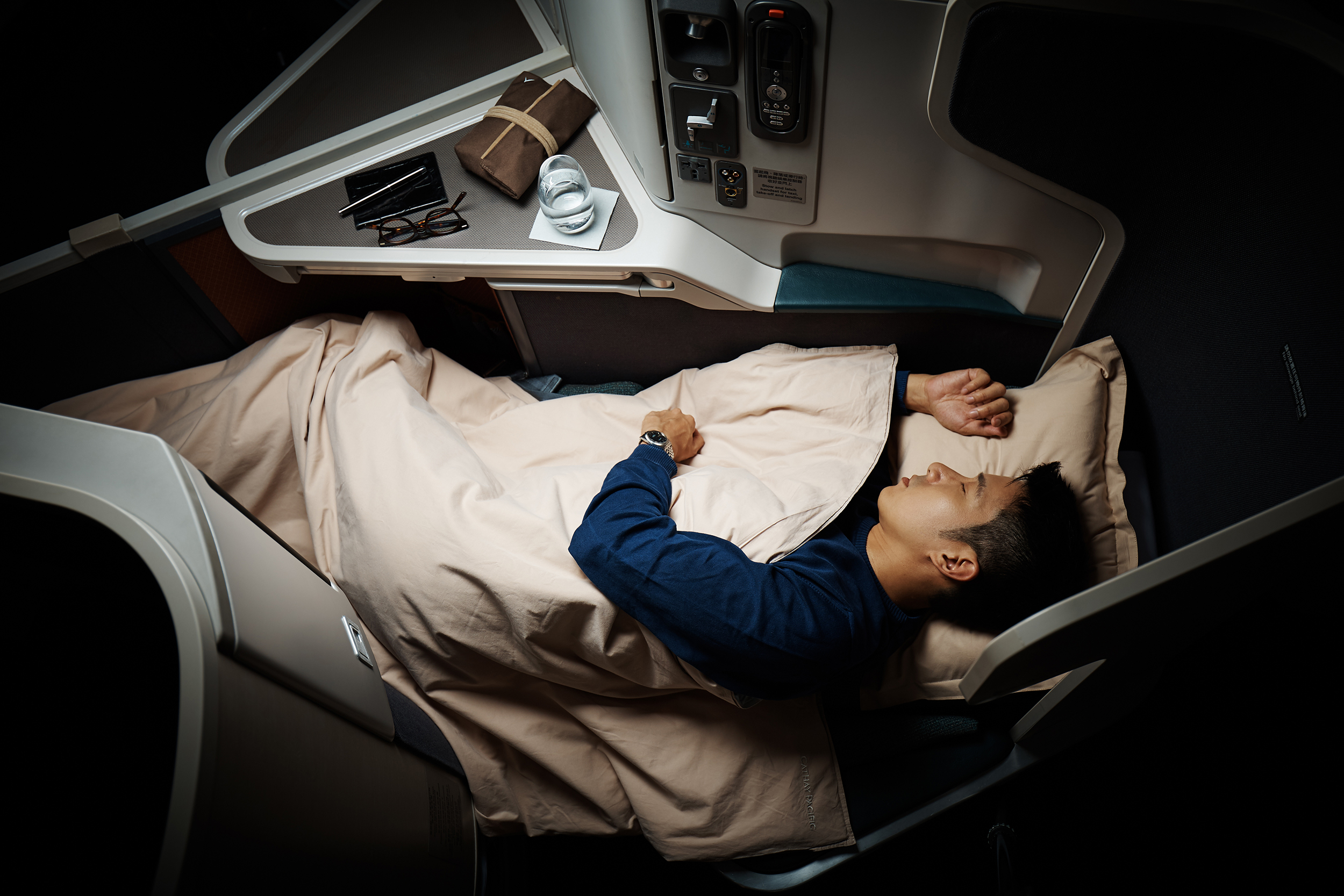 We all know airlines save their finest First and Business Class seats for their most lucrative long-haul routes, especially on city pairs where competition is fierce and they must stand out from the crowd.

The complex world of aircraft scheduling, however, is not always so accommodating and the drive to keep the best seats on the right routes can leave aircraft idle, usually at home base, for awkward periods. Rather than leave them on the ground losing money airlines often take advantage of these windows to ‘plug the gap’ using these planes on short sectors in between their more lucrative long-haul duties.

In other examples airlines serve thinner long-haul markets with ‘double-drop’ flights, tagging a short extra destination onto a long-haul service to a city which can’t necessarily sustain a full load non-stop.

On the aircraft scheduling side EVA Air is a good example. They fly a daily Boeing 777-300ER flight from Taipei to Los Angeles – taking 11 hours 40 minutes to fly there then 14 hours 10 minutes to get back against the winds. By the time the aircraft returns to Taipei in the early hours of the morning the next flight to Los Angeles has already long departed.

The airline’s long-haul departure ‘bank’ doesn’t kick off again until the early evening with flights to New York, Los Angeles, San Francisco, Toronto and Chicago all departing between 7pm and 8pm – so the airline must think of something else to do with their aircraft rather than leave it sitting around all day.

So they send it to Hong Kong. That’s right – a flight of just under 2 hours each way, on an aircraft designed to fly 14 hour sectors, fitted out with long-haul seats including flat-beds in Business Class.

Qatar Airways fly a daily flight from their home base in Doha to Phnom Penh in Cambodia, but it’s a route which can’t currently sustain a lucrative year-round daily load to make it commercially viable. The airline therefore operates the service via Ho Chi Minh, supplementing its daily flight there with an additional flight which can then serve both markets.

Furthermore on the short 45 minute flight Qatar Airways has fifth-freedom traffic rights between Vietnam and Cambodia, so can pick up additional passengers purely flying between these two Asian cities who have no interest in continuing their journey to Doha or beyond.

We looked at flights operating in the Asia Pacific region (excluding India) on wide-body aircraft with long-haul Business Class seats installed, planned for a total scheduled flight duration of up to 4 hours.

Check our Part 2 of our guide, focussed on First Class seats.

July 2018 was used as the benchmark month of operation. We used ExpertFlyer to generate the schedules from major hubs in the region including flight number and aircraft equipment / configuration details, alongside some of our own knowledge and research.

Google’s ITA Matrix was used to find the cheapest one-way fares on these routes during July 2018 and we did our own research to determine the number of frequent flyer miles needed with the most popular schemes.

A couple of points to note:

Not an original design – they actually pinched it (legitimately!) from Virgin Atlantic and pay an ongoing royalty fee for use of this seat.

Longer term however it was revealed earlier this month that the seat will be replaced by a new design for introduction a few years from now.

While Cathay fly many regional sectors with the A350 and 777-300ER the problem on regional routes is equipment swaps. They are absolute masters at it. It means for example even if you book a Singapore to Hong Kong itinerary on a flight operated by the A350 to secure the long-haul Business Class seat it could easily change a week out, a day out or even on the day of operation.

We’ve therefore just looked at a couple of Cathay routes most likely to be of interest to our readers based on the July 2018 schedule where A350 or 777-300ERs are scheduled to be deployed. We’ve also listed all the routes from Hong Kong where long-haul configurations are planned on shorter flights in case you’d like to do your own research on those.