Skip to content
German investment group Dr Peters failed to find a new airline for the first two superjumbos to be retired, once 9V-SKA and 9V-SKB with Singapore Airlines. 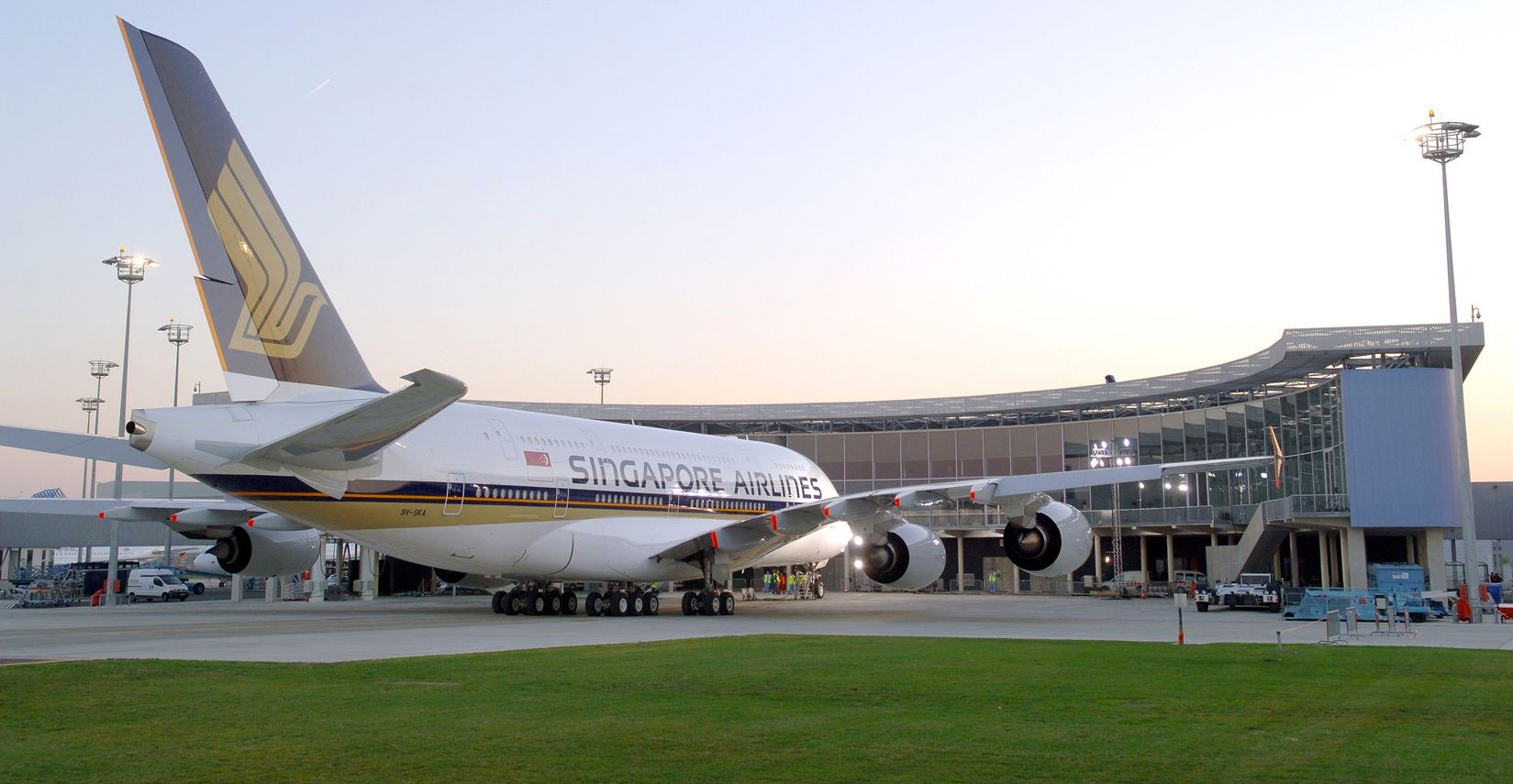 In November 2017 Singapore Airlines ferried their first ever Airbus A380, 9V-SKA, devoid of titles in all-white paint, from Changi to a storage facility in Lourdes, France. Three months later 9V-SKB followed the familiar routing. The ten-year lease of these aircraft had come to an end and these were the first two of an eventual five A380s SIA opted to stop operating and return to their owners.

While the ultimate fate of these first two aircraft was uncertain at the time, both the aircraft owners Dr Peters Group and Airbus were optimistically talking up the prospects of finding future operators.

Alas “intensive negotiations” with airlines including British Airways, Hifly and Iran Air came to nothing and the owners announced yesterday they would recommend to their investors to disassemble the aircraft for spare parts, a process which will take about 2 years.

It’s a sad announcement for these two aircraft, which have a special place in the affections of ardent SIA fans. 9V-SKA made aviation history in October 2007 when it operated the first ever passenger-carrying A380 flight in the world from Singapore to Sydney, to much media attention. Today it sits in a much sorrier state in France, with no engines fitted.

Many keen Singapore Airlines fans (ourselves included) have flown on these exact two planes several times over the years.

It’s not all bad news for the rest of SIA’s retired A380s, two of them are destined for Hifly, an airline specialising in ACMI wet-leases where the aircraft, crew, maintenance and insurance is provided usually on a short-term basis for additional capacity or to cover extended maintenance.

The first aircraft, MSN 006 (formerly 9V-SKC, now 9H-MIP), has in fact already been delivered to the carrier with the second (either MSN 008 or 010) to follow later this year.

The carrier has not yet announced who it will be operating the aircraft for, though it retains the exact Singapore Airlines seating layout including the actual 2006 Suites and 2006 Business Class seats.

Regardless of the Hifly deal, Airbus will be feeling sore from the news of these first two planes being scrapped. Emirates operate by far the largest A380 fleet and hold the biggest current order book but Airbus know that’s not enough. They continue to insist the A380’s “time will come”, though its biggest critics are often the airlines themselves.

Qantas Group CEO Alan Joyce famously stated in November last year he would have to be “drunk” to order more of the type. The carrier, which has turned its financial fortunes around in the last few years, has publicly stated they have no intention of taking the last 8 aircraft of their total order for 20 A380s.

Airlines other than Emirates are still ordering new A380s though, in small numbers. A new customer for the aircraft early next year is All Nippon Airways (ANA) who will fly three of the superjumbos between Japan and Hawaii. We covered their cabin product announcement for this plane in April.

In reality of course ANA almost certainly never actually wanted the A380 and were tied into ordering three as part of winning the bid to restructure Skymark Airlines who had ordered six. ANA effectively had to win the bid to access valuable slots at Tokyo’s Haneda airport. This CAPA article summarises the situation quite thoroughly.

It’s likely to be an embarrassing announcement for Airbus with no apparent market for these aircraft after only 10 years of service, less than half their design life. Having said that it was always going to be a hard sell – these early build planes are apparently the heaviest A380s in the world and have had a higher than usual share of maintenance issues over the years.

Dr Peters Group, the owner of the two airframes, would be the next likely to suffer from the lacking second-hand market for these jets, however they remain upbeat financially regarding the decision. The value of the spare parts which will be realised from these aircraft is estimated at about US$80 million per plane according to the asset manager, which stated it has already paid 81% of its obligations for one aircraft and 72% for the other.

That means they’ll still see an investment return of around 150% for the aircraft despite clearly going down their less favoured option of parting out the two planes.

Dr Peters also owns 5 Airbus A380s on lease to Air France and another 2 later-build Singapore Airlines A380s, along with a number of Boeing 777 / 787 aircraft according to their website.

For Singapore Airlines the retirement of their first five A380 aircraft was designed to coincide with delivery of five brand new examples from a total order for 24 A380s, which means the airline will maintain a total fleet of 19 A380s for now (we stand by our prediction that ultimately the 777-9 will replace the A380 in SIA starting in 2021).

SIA took the opportunity to upgrade the cabin products on these aircraft, notably with a brand new Suites Class relocated to the forward upper deck and a new Business Class seat occupying the rest of the aircraft top level.

We tested the new Business Class seat on a flight from Singapore to Sydney in January this year and were impressed with the new product – see our full review here.

Next month we’ll also be reviewing the ‘double bed’ arrangement in Suites class so look out for that review in July. (Edit: Our Suites review is now available here).

Later this year Singapore Airlines will start to retrofit the rest of their 14 Airbus A380 cabins with the new product, keep an eye on our A380 New Products Tracker page for news on which routes are coming next for the aircraft with the latest seats.

No doubt a sad announcement for Singapore Airlines enthusiasts and aviation history buffs, it would have been unthinkable at the delivery ceremony 10 years ago to envisage this plane, full of promise for the industry, would so soon be heading for the scrap heap.

Airbus still lauds the advantages of the A380 but to date only one operator, Emirates, seems to make any sizeable fleet of the aircraft work well for them.

This parting out of the first two commercially operated A380s will raise question marks again for the manufacturer as to whether they can make a long term success of the program, especially in a time of rising fuel costs.

For Singapore Airlines though, the opportunity to refresh their cabin products with brand new A380s and the intention to retrofit the older ones with the same seats should still be good news for passengers.

(Cover Image: 9V-SKA being delivered in Toulouse in 2007. Photo: Airbus)