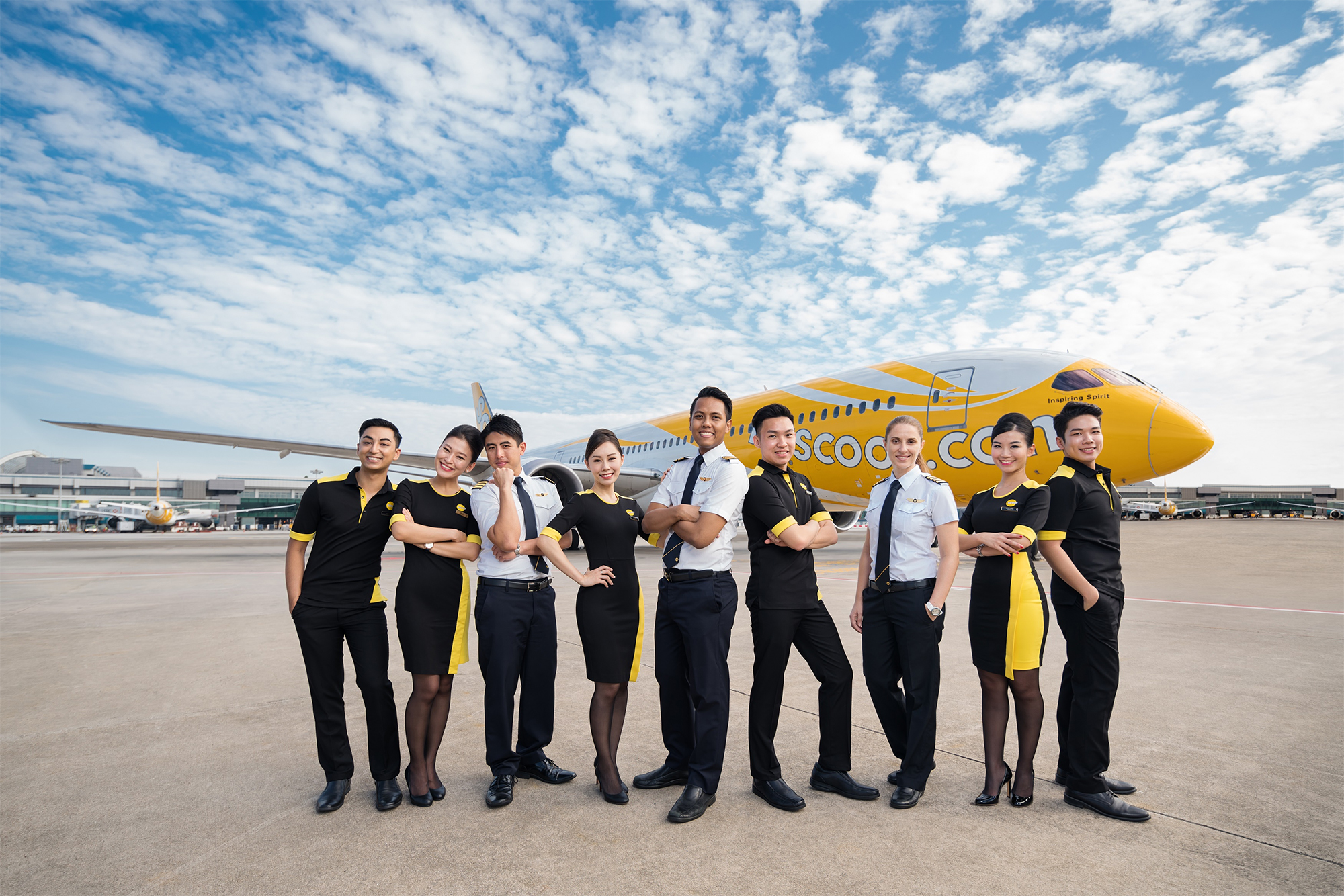 Another schedule update for the coming season sees Singapore Airlines handing over one of their two daily flights between Singapore and Guangzhou to Scoot from 28th October, meaning 71% of the group’s seat capacity on the route will be served by their low-cost arm from that date, compared with 49% today.

Here’s how the Singapore – Guangzhou route is currently served by the SIA group. The flight highlighted in red is the one being transferred to Scoot from 28th October 2018.

Changes occur to these flights including additional minor timing adjustments from 28th October 2018, with the Scoot replacement for SQ852/3 (TR104/5) highlighted in yellow in the following table:

Overall therefore group capacity on the route is dropping by 145 seats each way per day (13%), with the highest capacity wide-body aircraft soon concentrated on the morning services departing Singapore.

Two more A330s were recently removed from Singapore Airlines service for return to their leasing companies (9V-STA and -STB, both apparently destined for Brussels Airlines). The in-service A330 fleet stands at 19 as of our update yesterday, down from 21 a month ago, and more handovers back to the leasing company are due soon.

Furthermore there are no Boeing 787-10 deliveries planned until the last two due this year, which are now scheduled to arrive in mid October and late October respectively. Wherever SIA flies them, it seems like Guangzhou is not on the list for these planes.

Shifts like this in the industry always have sound commercial reasons, however if you’re a Business Class regular on the Guangzhou route with Singapore Airlines your options have now become significantly more limited.

Assuming you’re used to this seat:

You’ll soon be restricted to just one flight in each direction per day on this route.

Aside from a 2-3-2 configuration, Scoot’s Business Class product ‘ScootBiz’ does not feature seat-back IFE and the seats do not convert into beds. Catering is not what you’d find on SIA and if a glass of Champagne on boarding is what you’re used to, expect a water in a peel-back plastic cup instead.

If that’s not obvious – it’s not a product we particularly rate – a Premium Economy experience at best!

Indeed if your usual flight on this route is the Singapore Airlines SQ852/3 timing you’ll now find only a Scoot A320 service available, which has no ScootBiz cabin and features just 180 Economy Class seats.

Since you can’t redeem your KrisFlyer miles on Scoot (well, not in any way you should normally ever consider), this change also significantly reduces redemption opportunities between Singapore and Guangzhou with only a single daily A330 service now available to choose from and no other Star Alliance presence on the route.

Nevertheless we did find at least two saver Business Class award seats available for immediate redemption between Singapore and Guangzhou on the sole remaining Singapore Airlines flight across most dates in November.

The Singapore – Guangzhou route is also served by China Southern Airlines, a SkyTeam member. Virgin Australia will continue to codeshare on the sole daily Singapore Airlines rotation from 28th October 2018.

Rather than replace an A330 with a brand new 787-10, as has happened on other routes recently, Singapore Airlines has decided to shift a large chunk of capacity on the Guangzhou route to Scoot from the end of October, while reducing overall group seats on the city pair by 13%.

Wide-body services with the Scoot 787 and SIA A330 are found on the morning services to Guangzhou, returning late morning / mid afternoon, while the evening northbound flights returning overnight to Singapore are now both the remit of the Scoot A320 fleet.