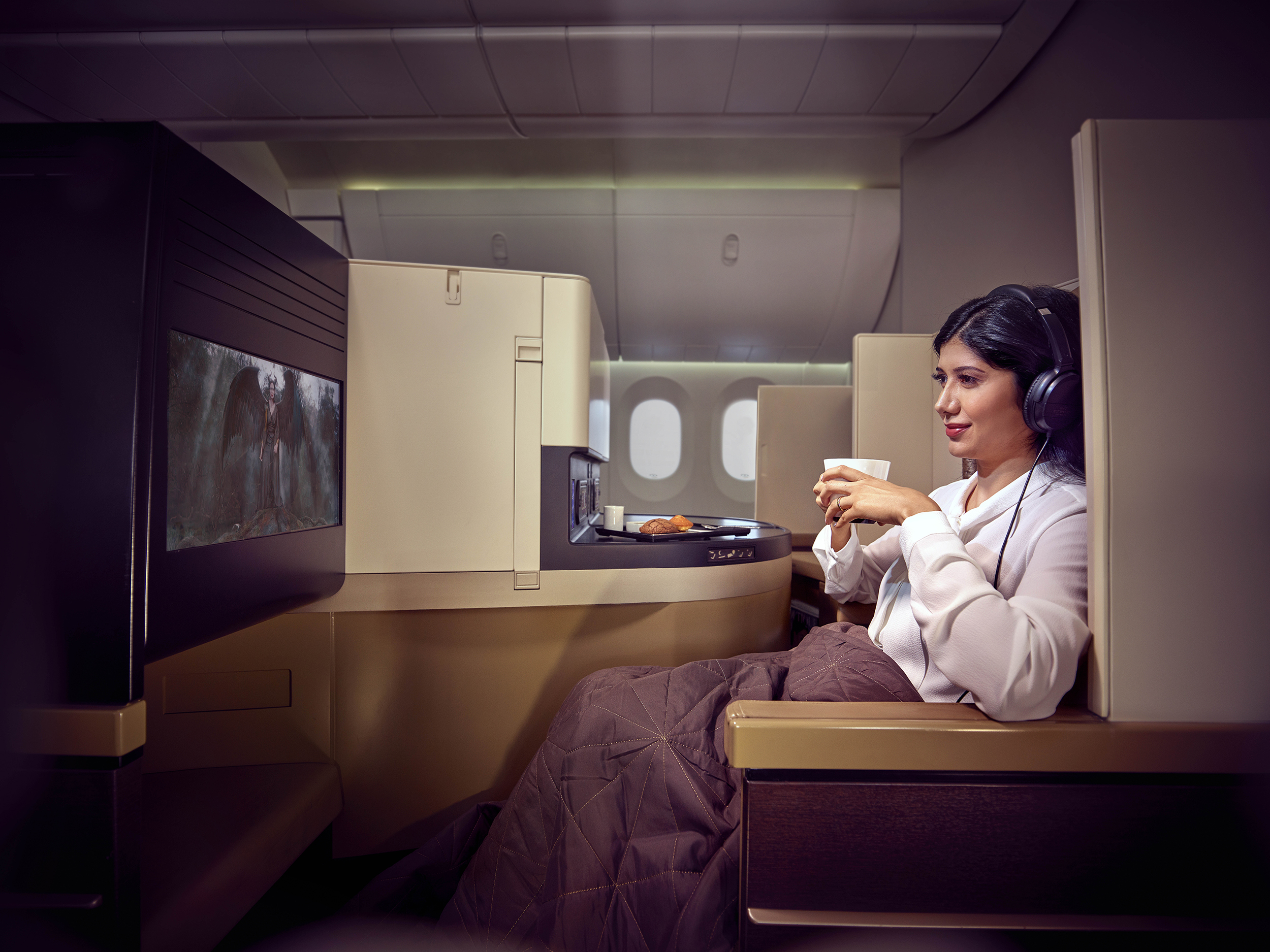 If a trip on Etihad’s latest Business Class product, their ‘Business Studio’ is on your bucket list there’s some bad news for the Singapore route, the daily Boeing 787-9 aircraft fitted with this cabin will stop flying the Singapore – Abu Dhabi leg from the end of October.

Well renowned as one of the best Business Class seats on the market, the ‘Business Studio’ has alternating forward and rear-facing seats, and like the older Business Class offered by Etihad all seats feature direct aisle access with couple pairs at alternate middle rows.

There’s more privacy than in previous versions with additional storage space and a separate large side table that can be used for laptops and other personal belongings when you are dining. Seats are even decked out in Poltrona Frau, the prestigious Italian leather also used in the latest Singapore Airlines Suites and Business Class on the newer A380s.

What takes its place?

The daily Etihad connection between Singapore and Abu Dhabi will shift to a 3-class Boeing 777-300ER from 28th October 2018, which is fitted with Etihad’s older ‘Business Flatbed’ seats.

These still offer a fully-flat bed and direct aisle access, but lack the privacy and more modern design features of the ‘Business Studio’.

Etihad were supposed to upgrade their 777 aircraft with the ‘Business Studio’ back in 2014, however the plan was quietly dropped and unfortunately no retrofit took place.

The Etihad First Class seat will continue to be available on this route, as the 3-class 777-300ER will be used. There are no major differences between the First Class seats on the 787-9 and the 777-300ER, with the obvious exception that the fittings on the latter will be a little more dated.

The 777-300ER is a significant capacity increase on the Singapore route however, with a total of 340 seats instead of 235 seats on the 787-9, a 45% increase. In Business Class alone there are 12 more seats per day, which should improve redemption opportunities despite the seat itself being more dated.

If you still want to fly the ‘Business Studio’ on a different flight from Abu Dhabi you’ll need to be flying on an Etihad Airbus A380 or Boeing 787 as these are the only two aircraft in the fleet which currently have the product installed.

Example routes during the northern winter season are Geneva, Frankfurt, Melbourne, Washington, Tokyo, Shanghai and Manchester on the 787-9, or Paris, London, New York and Sydney on the A380, which also feature Etihad’s ‘First Apartments’ and ‘The Residence’.

Etihad will operate the following daily schedule from Singapore from 29th October 2018, with slight timing adjustment from the northern summer schedule:

Here’s how many miles you’ll need for a one-way redemption from Singapore to Abu Dhabi on Etihad. Remember to fly by 28th October at the latest if you want the superior ‘Business Studio’.

Get your skates on if you want to try Etihad’s ‘Business Studio’ to or from Singapore on the Boeing 787, as it looks as though the option is going away long-term from 29th October.