Skip to content
"First in Business" is what Qatar promises. Does the Qsuite experience match up? 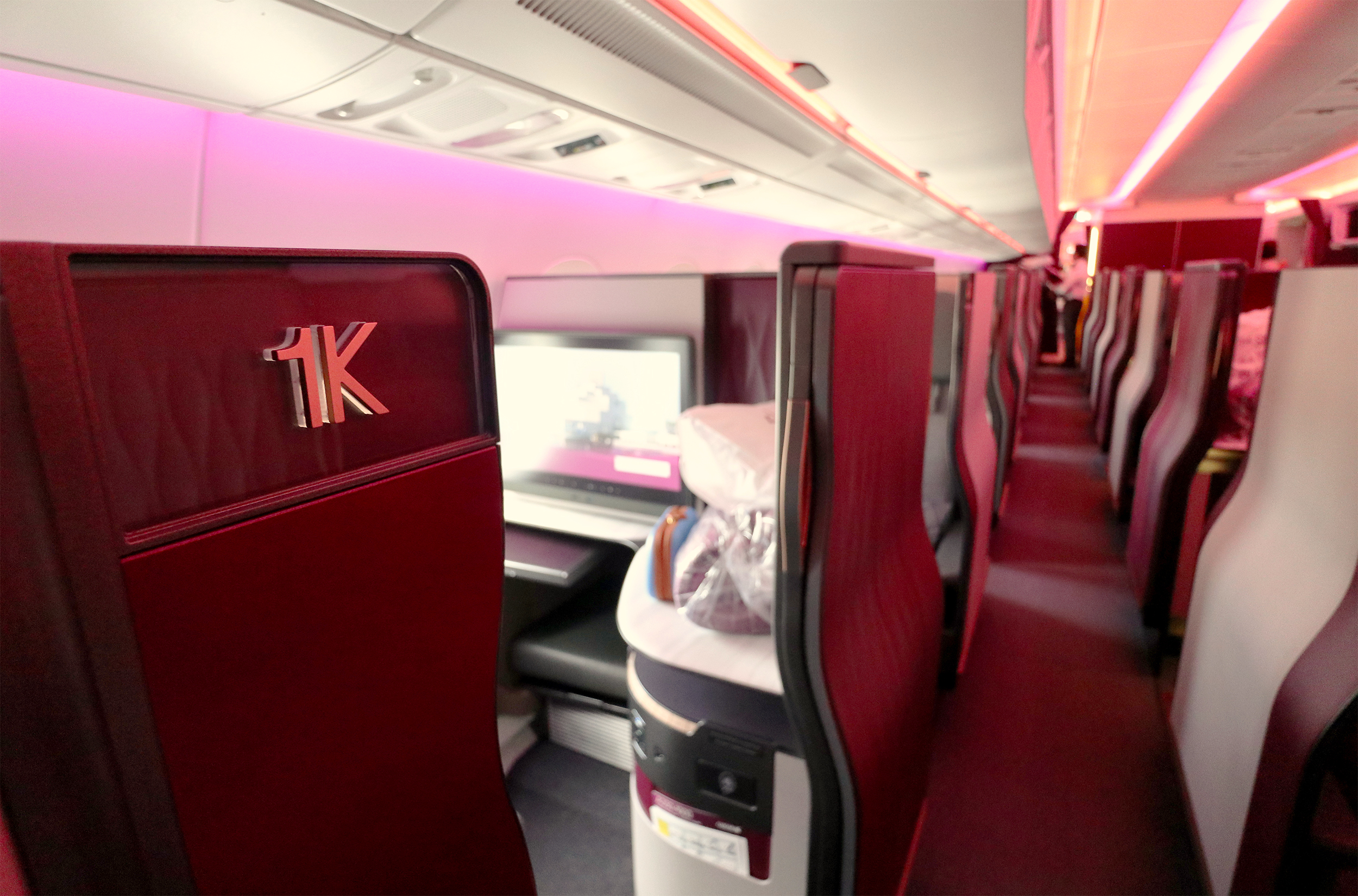 One of the most revolutionary Business Class seats in the industry, the Qatar Airways Qsuite, hit the market in June 2017 flying between Doha and London. Today it’s fitted on 25 Qatar planes flying to more than 20 cities each day. We boarded one of the newest, a 4-month old A350-1000, which will be flying to Singapore from November 2018, to put the product to the test.

* Note the high level of taxes and charges applicable to Qatar bookings using Avios. This stems partly from the Qatar fuel surcharge, however on this route I was also stung with the significant taxes and airport charges applied when departing from Germany.

If you manage to secure the same redemption in the opposite direction (Doha to Frankfurt) the cost is still 37,500 Avios, but a much more palatable S$171 in taxes and fees.

“First in Business”. That’s what Qatar Airways CEO Akbar Al Baker promised when hyping up the newest Business Class product the airline was set to launch in 2017. When it was finally revealed at the travel trade event ITB Berlin in March that year, it certainly didn’t disappoint.

Direct aisle access for all was a must, already featuring in Qatar’s newest Business Class seats.

With the Qsuites reveal we had a new era for Business Class travel. Individual suites with closing doors, double beds for couples, effective workspace for colleagues or social and dining space for families in dedicated ‘quad’ middle sections.

It was all a bit too much to be true. Had Qatar Airways finished off the need for First Class on planes for good? If Business was this standard, why did you need First?

I was travelling alone on this sector, as Eddie had secured a First Class ticket from Geneva on Emirates the same evening in their newest 1-1-1 fully enclosed suite product (that’s right, the one with the virtual windows). Look out for a review on that coming up soon.

Anyway back to (relative) reality – one of the first things you’ll notice when you book a flight in Qatar’s new Qsuite Business Class is that as a single passenger the seat selection appears to be quite limited. That’s because the ‘solo’ seats by the window are best designed for people travelling alone, while the airline wishes to maintain middle pairs and those elusive ‘quad’ sections for couples and larger groups.

This is actually quite a good policy, unlike the Singapore Airlines new A380 Suites where solo travellers are not directed to only occupy the single suites (3A and 3F) until they are both occupied, instead free seating in that cabin means two people travelling alone can block both ‘double suites’ from all other passengers who book subsequently – a slightly crazy concept.

The downside for solo Qsuite passengers wishing to take their chances on having a double bed or a whole ‘quad’ to themselves is that they won’t be able to break up these seat groupings in case a larger booking is made on the same flight.

First of all here’s the seat map for the Qatar Airways Airbus A350-1000, all of which feature Qsuites. This is also the aircraft type that will be serving the Doha – Singapore route from 1st November 2018.

Here’s how Qatar Airways open up their Qsuite seats for advance allocation based on the number of people travelling on the same booking. Assuming you are booking on a totally empty A350-1000 flight for:

Couples and larger groups on the same booking can also choose the A/B or J/K window seats.

Seats 1A and 2B, the first two window-aligned solo suites at the front left of the cabin, are blocked for advance selection and can only be allocated by the airport team.

If you are a couple travelling together but on two separate bookings, for example if you each made a redemption booking from your own frequent flyer account, you can call Qatar Airways if you wish to be seated in one of the couple pairs and they will override the seating allocation rules as you’ll be unable to do this online.

The same applies if you wish to combine larger groups on separate bookings into quad seats for example.

For most airlines this is where you can usually evade the seat allocation rules and choose any unoccupied seat (for example, row 11 in the Singapore Airlines A350 Business Class cabin). That’s not the case with Qatar Airways. The same seat choice restrictions apply even at this stage.

A tool like ExpertFlyer, which allows you to view the seat map for your flight free of charge, will help you here. On my Frankfurt to Doha flight I was able to tell that the middle pair (11 E/F) was not occupied (shown as blocked on ExpertFlyer), giving me a good chance to ask the crew whether I could move across to experience the double bed once on board. I therefore stuck happily with my original selection, 11K.

Notice on ExpertFlyer how you can determine whether the middle / quad seats are occupied (solid blue) or empty / blocked (crosses). You can also see that 1A/2B cannot be selected, nor can 12B/J unless you are travelling with an infant.

The check-in counters at Frankfurt airport for Qatar Airways are in Terminal 1 departure hall C. I arrived 3 hours before departure at 2.30pm to find no queue at the two dedicated Business Class desks, and was quickly checked in both for my flight to Doha and the second leg to Bangkok.

The seats I had pre-selected were assigned for both flights and the whole process was quick and easy. I was directed to use the Air Canada Maple Leaf lounge, which is the only option in Frankfurt for Qatar Airways passengers are there are no other oneworld lounges in Terminal 1.

A Priority Pass will get you into the LuxxLounge, which looks a bit average.

I thought the Air Canada lounge in Frankfurt was great, and there’s a full review of that coming up soon. It’s also a nice alternative to the Lufthansa lounges for anyone flying on one of the three daily Singapore Airlines departures from Frankfurt.

You are welcomed through the forward left door with an elegant decorative wall featuring the Qatar Airways logo.

The first thing to note about the Qsuite is that it features both forward facing and rear facing seats. For those of you who’ve had the misfortune of experiencing British Airways’ Club World product, allay your fears as this is quite a different proposition!

For most people it’s no issue but if it is a concern you will have to select your seat carefully when flying in this cabin. Later in this review we have a guide to help you choose. Before I get into my own seat and experience, let’s start by looking at all the seat types on the aircraft, as I managed to take some photos as I made my way to seat 11K in the rear Business Class cabin.

These seats are aligned closely against the window, with your storage compartment and control console / side table between the seat and the aisle.

These seats are more closely aligned against the aisle with your storage compartment and side table between the seat and the window.

Perfect for couples who want to take advantage of the double bed, these seats are directly alongside one another in the middle section with the stowage and side table between the seat and the aisle in both cases.

If you are seated here next to a stranger a large privacy divider provides adequate isolation from your neighbour.