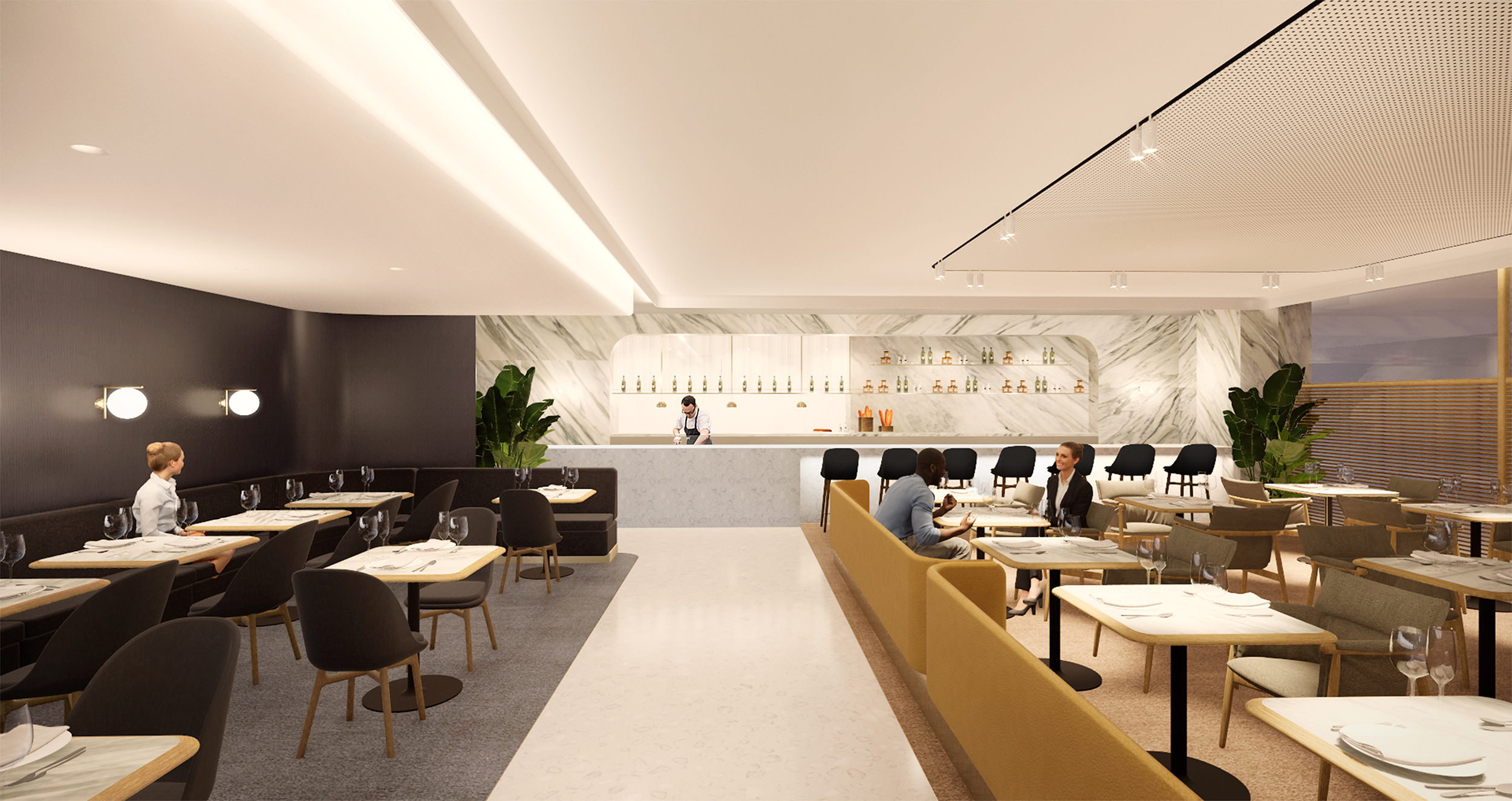 This morning Australian carrier Qantas announced an expansion of its lounge products in Singapore, which have been under some capacity constraints since the airline recommenced the ‘kangaroo route’ to London through Changi in March this year and expanded capacity to a number of other destinations.

A dedicated First Class lounge will be opened, with the existing Business Class lounge set to be expanded for increased capacity, from late 2019.

In a press release Qantas have described this as a “multi-million dollar investment” commencing in April 2019, with the brand new First Class lounge set to open in late 2019.

The First Class lounge will accommodate 240 guests, with a luxury design promised including shower facilities, a cocktail bar and an open kitchen. For the foodies, Chef Neil Perry is back to work on the obligatory à la carte dining from an Asian-inspired menu.

The lounge design itself will be by David Caon in collaboration with Sydney-based interior design firm Akin Atelier.

It will be only the fourth dedicated Qantas First lounge in the world, and the second outside Australia, joining those currently located in Sydney, Melbourne and Los Angeles.

We reviewed the carrier’s Sydney First Class lounge in March this year – an excellent experience including an à la carte restaurant, huge picture windows over the runway and a complimentary spa. 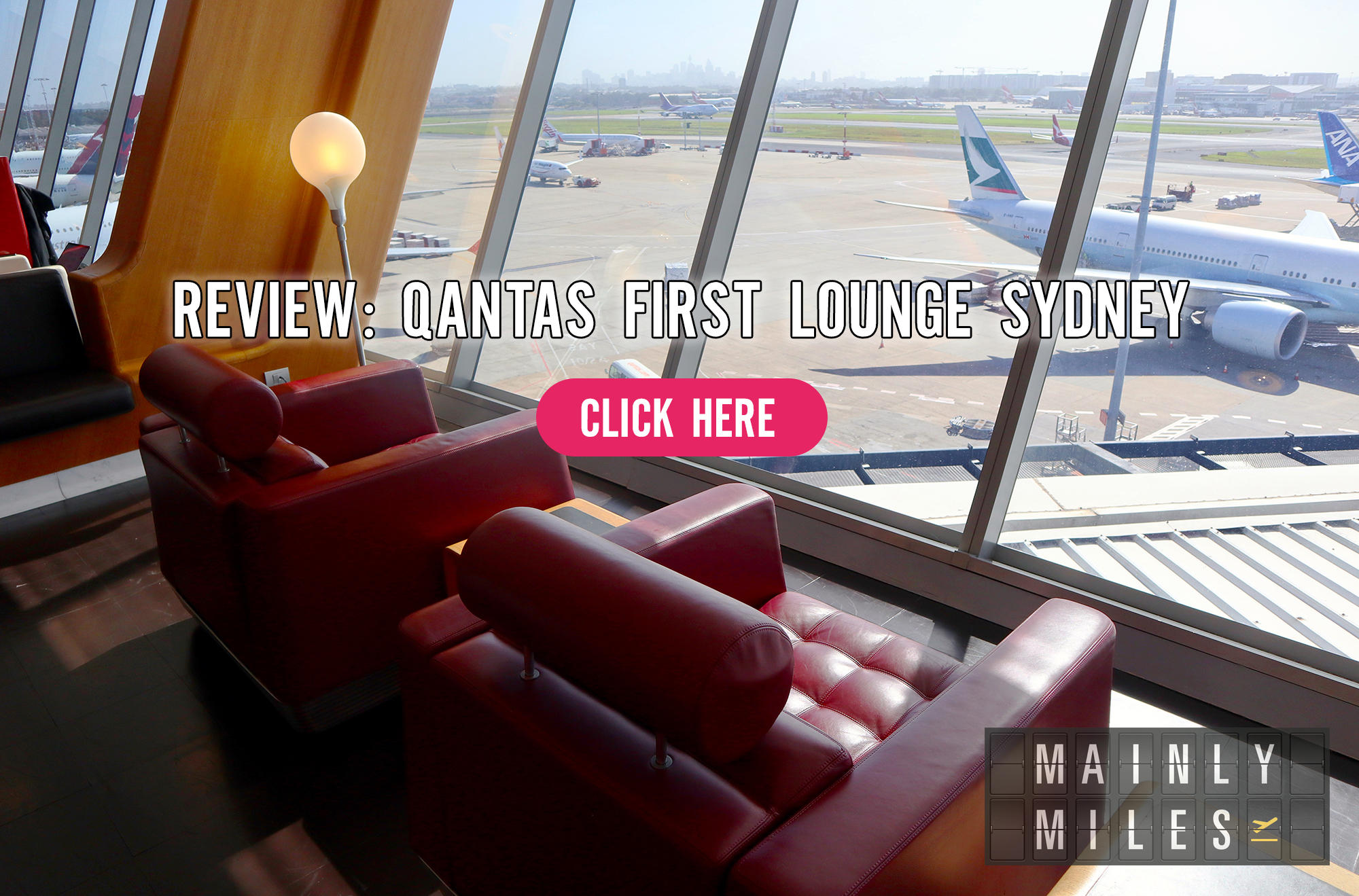 While the smaller Singapore First Class lounge is unlikely to ‘wow’ in quite the same fashion, we’re eager to check out the facilities once the lounge is open.

The new First Class lounge in Singapore will be physically separate from the existing Business Class facility, according to Australian Business Traveller it will in fact be located at the ‘D’ gates, while the existing lounge is in the mid terminal complex, slightly closer to the ‘C’ gates.

That marks a possible location of this new lounge in the same space as the old DNATA Skyview lounge (formerly the Cathay Pacific lounge), on level 3 overlooking gate D30. This lounge closed in 2016 and has been vacant and disused since DNATA moved its lounge to a mid concourse position.

As far as the existing Business Class lounge is concerned, a capacity increase to at least 560 passengers is planned by adding 50 seats within the existing floor space, with minimal disruption promised during the process.

Qantas already offers arguably one of the best Business Class lounges at Changi, our personal favourite in fact, and these changes should address overcrowding issues there by the end of 2019.

For the existing Qantas Singapore Lounge, set to become the Business Class lounge, Qantas, Emirates and oneworld Business Class passengers will be eligible, alongside Emirates Gold passengers flying on Qantas or Emirates. Qantas Gold and oneworld Sapphire members will also be welcome, provided they are departing on a oneworld operated flight.

The new First Class lounge will be available to Qantas and Emirates First Class passengers, in addition Emirates Platinum members flying on a Qantas or Emirates flight will be eligible.

Qantas Platinum or Platinum One frequent flyers and oneworld Emerald status holders will also be granted access, provided they are flying Qantas or a oneworld carrier.

We expect the opening hours of this new lounge to closely match those of the existing Qantas Business Class lounge – 2.30pm to 11pm, meaning eligible passengers flying out of Changi on morning flights will likely miss out.

If you’re a oneworld Emerald tier member flying out on Finnair, JAL, Malaysia Airlines or Qatar Airways for example, targeting an evening or late departure time might well become a priority from the end of next year in order to experience this new lounge.

The upcoming Qantas First lounge will be the only non-SIA First Class lounge at Changi. While it certainly won’t be on the scale of the SilverKris First Class lounge in T3, Qantas will no doubt be keen to give its Star Alliance rival a run for its money by notching up the quality here.

That won’t be too difficult – the SIA First lounges at Changi already remind us of Cathay Pacific’s Business Class ones in Hong Kong in terms of quality and facilities.

Having said that Singapore Airlines is due to commence a lounge revamp at Changi, though it will be a couple more years before the first of these is likely to open. Let’s hope they are taking tips from Cathay and United on this matter!

In addition to this news on the lounge front, the icing on the cake for Qantas Business and First Class passengers flying through Singapore on the A380 is the upgraded on board product, with aircraft re-fits starting soon for completion by the end of 2020.

The biggest focus will be to bring the Business Class cabin up to date with 1-2-1 configuration all aisle access seats in common with the A330 and 787.

A cabin ‘refresh’ will benefit First Class passengers too:

Good news on a few fronts here. Regulars at the existing Qantas Singapore Lounge will welcome the increased capacity there in light of some overcrowding issues this year.

First Class passengers departing Singapore on Qantas, Emirates and oneworld airlines like British Airways and Cathay Pacific will certainly be happy about a dedicated lounge, the first of its kind for the alliance at Changi, as will oneworld Emerald status frequent flyers.