Skip to content
Qatar will direct Business Class passengers to the SATS lounge, however the nearby British Airways and Qantas options will be possible for the evening departure 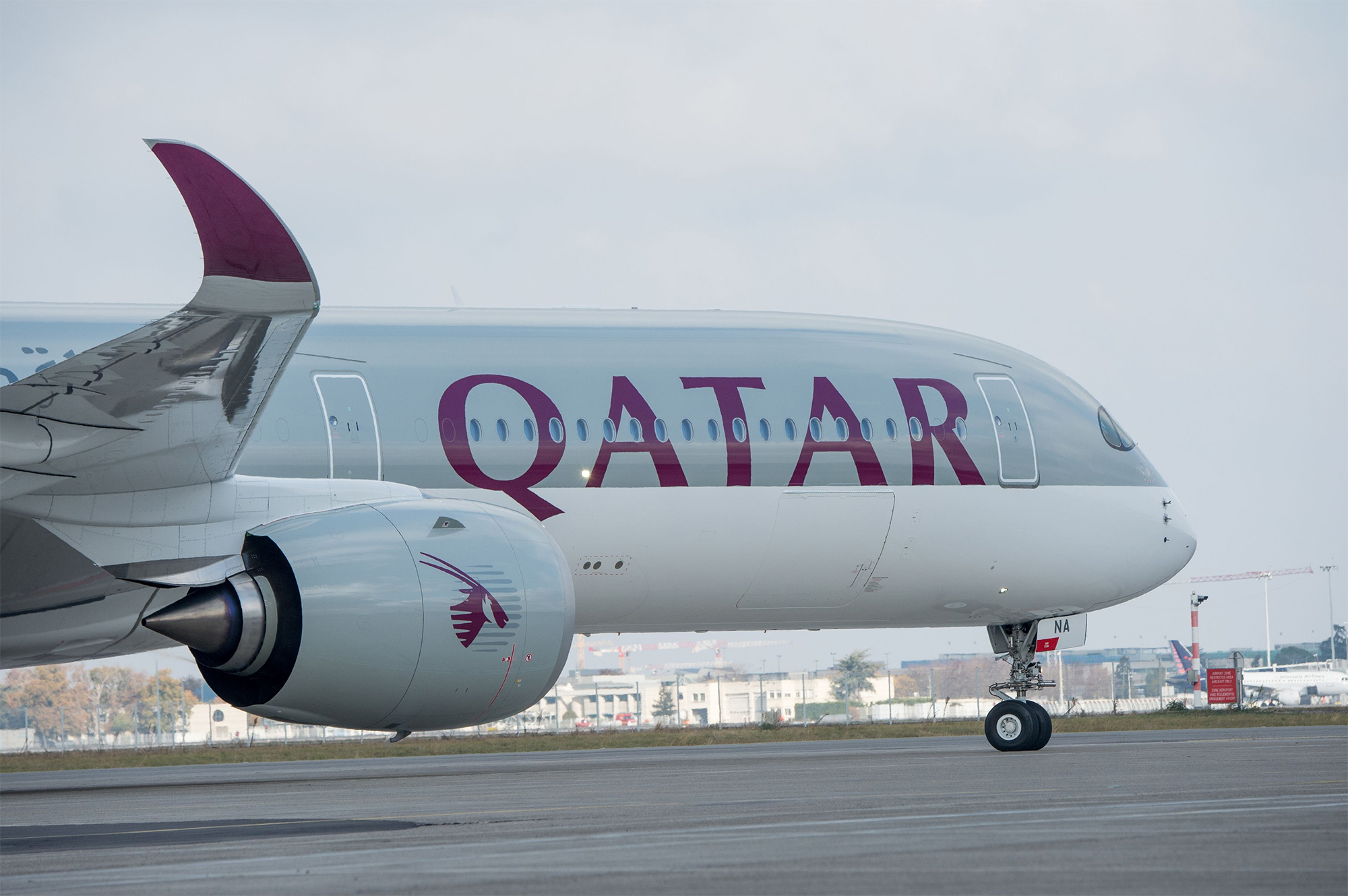 Qatar Airways made the headlines on Mainly Miles lately for the news it would bring its Qsuite Business Class seats to the Singapore – Doha route from 2nd November, just over a week from now, using the latest Airbus A350-1000.

Last month we boarded one of those same planes to experience the Qsuite for ourselves – a really impressive product for Business Class featuring individual suites with closing doors.

Despite a couple of issues with the service and the catering, we’ll certainly be trying it again especially now it’s coming daily to Singapore. 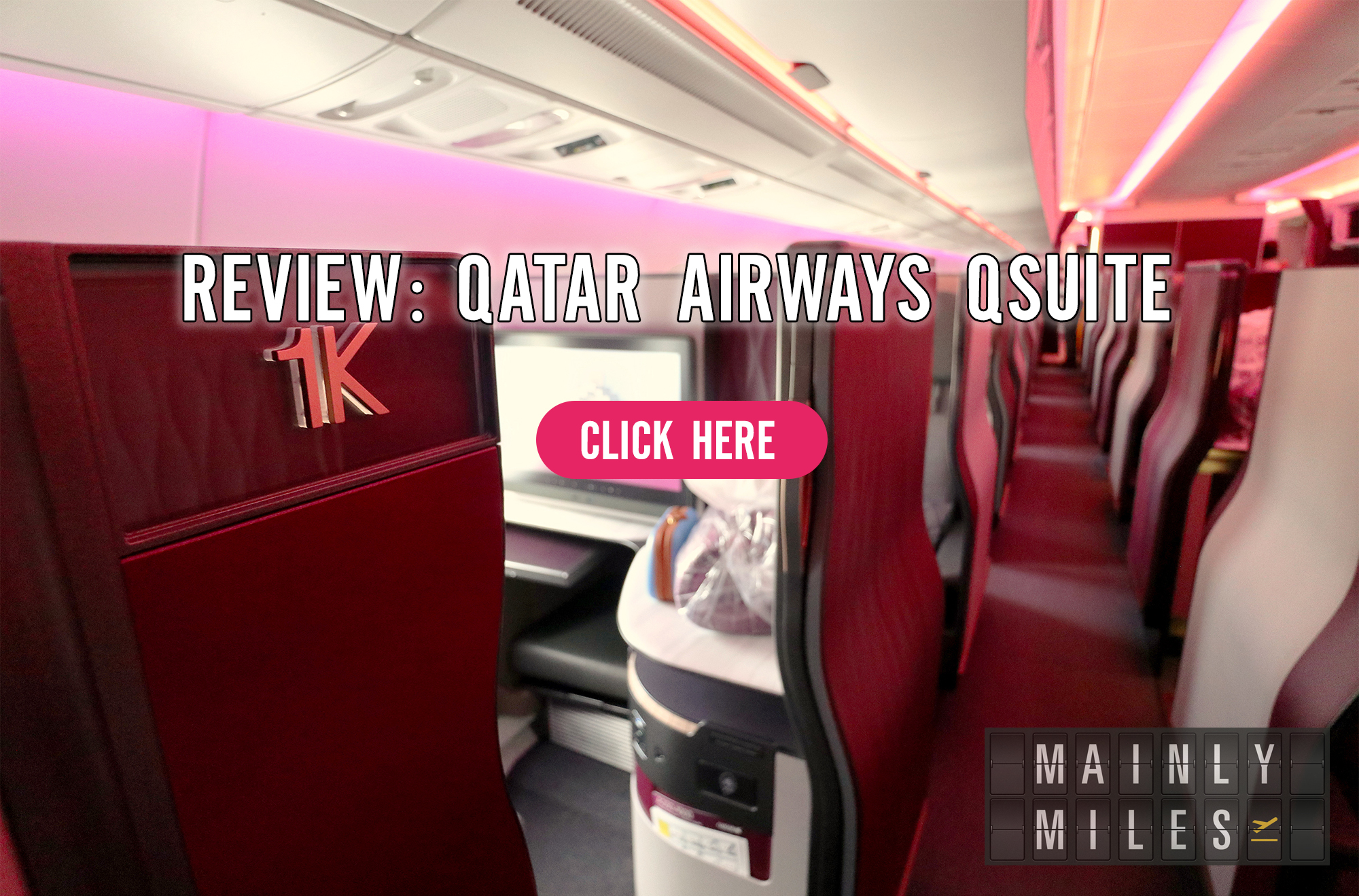 Since Qatar is a oneworld airline, passengers flying in Business Class departing from Singapore Changi Terminal 1 will now have a good choice of lounge options.

Qatar will direct passengers to use the SATS Premier Lounge in T1 in an almost identical arrangement it currently has with SATS in T3.

If you are departing on the 20:45 service QR947 however, you will also have the option of visiting the well-rated Qantas Singapore Lounge and the British Airways Lounge, both of which are likely to be superior options for you. These lounges are open from 2.30pm and 3pm respectively and both close at 11pm.

Our tip – go to Qantas for the food and showers, then British Airways for the Champagne!

The morning service QR943 at 10.55am therefore won’t have these additional lounge options. Unfortunately the new Qsuite flight from 2nd November 2018 is the latest (or earliest, whichever way you look at it) 2am departure QR945, which is too late for you to be able to access the Qantas and BA facilities.

Qatar has confirmed with Mainly Miles that it will not be using the SATS Early Check-in lounge or the SATS Premier Check-in Lounge in T1 as its handling will continue to be run by DNATA, so neither of these perks will be offered after the shift to T1.

Check-in desks will therefore open 3 hours prior to the scheduled departure time at T1 row 3. That’s 11pm for the QR945, just as the Qantas and BA lounges are closing up for the night! The counters close 60 minutes before departure.

Edit 18th June 2019: Qatar has joined the Jewel Early Check-in facility, so you can now check in there and have your boarding pass issued between 6am and 11.59pm between 12 hours and 3 hours prior to your Qatar Airways flight. This will allow several hours in the Qantas / BA lounges for QR945 passengers until those facilities close at midnight.

Not all is lost

The good news is that the QR947 at 20:45 also switches to the A350-1000 with Qsuite Business Class from 1st December 2018, and this is the perfect service for you to choose not only for the Qsuite experience but the Singapore lounge experience too. Only the morning Singapore – Doha flight QR943 will offer the older Business Class seats from this date.

For full details about the Qsuite rollout on the Singapore – Doha route see our article here.

Edit 12th December 2018: All three Qatar Airways flights from Singapore will be operated by the A350-1000 featuring the Qsuite from March 2019 – see our article here.

Not all is new

Of course as many of you will know, Qatar Airways Business Class passengers and frequent flyers with oneworld status can already access these T1 lounges by taking the SkyTrain from T3, however this is a bit of a hassle and you have the drawback of having to allow more time to get back to your departure gate.

In our experience Qatar flights currently tend to depart from the far ‘A’ gates in T3, making it quite a trek even with the SkyTrain.

A couple of oneworld lounge options in Terminal 1 will become easier to use for Qatar Airways passengers flying in Business Class on the evening departure from this weekend, including those flying the new Qsuite from early December. Those flying in Economy Class on these flights with oneworld Sapphire or Emerald status will also be eligible to access these lounges.

With the Qsuite coming to Singapore daily from next week and twice daily from December, we think this is more good news for Qatar Airways’ passengers flying from Singapore.