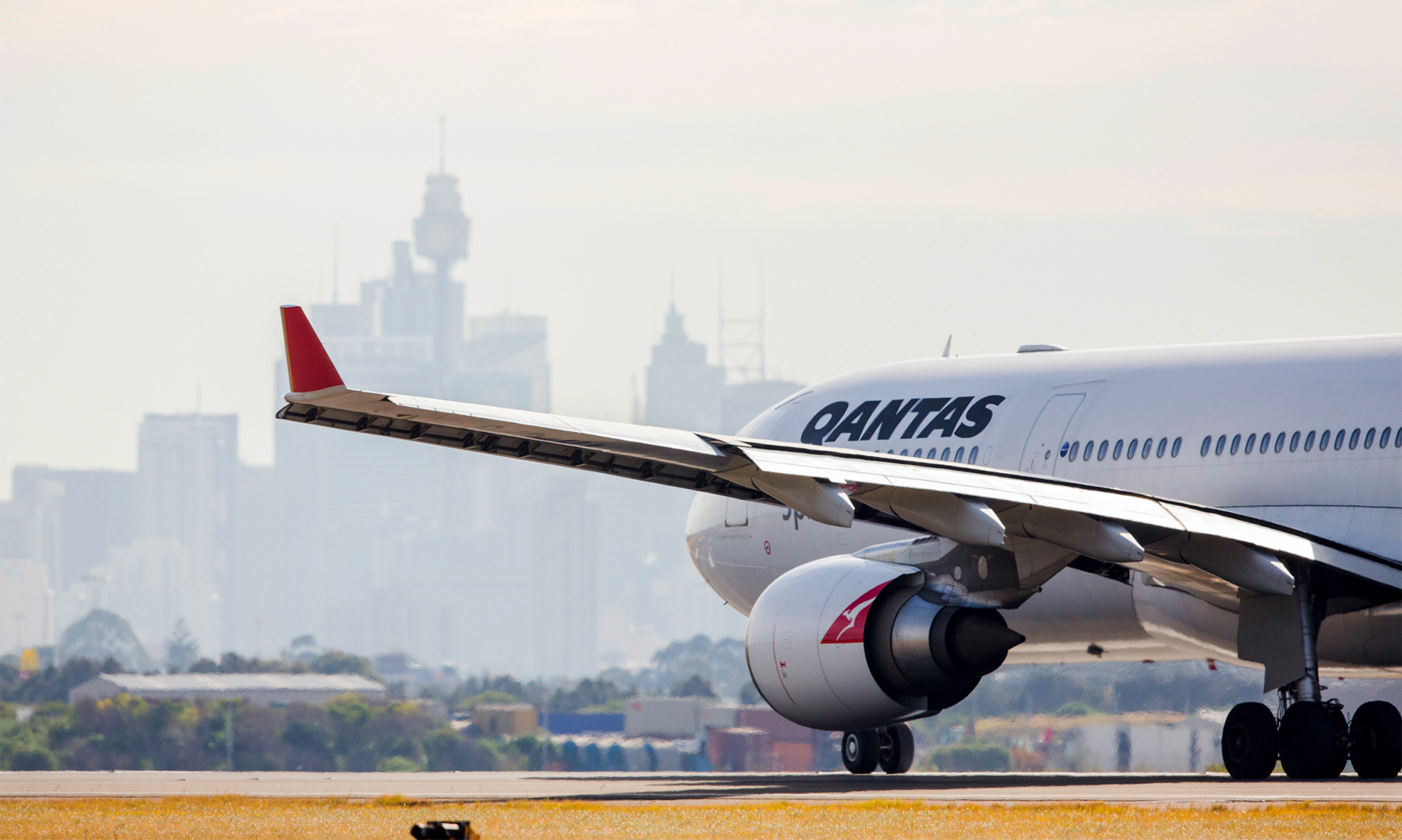 Australian oneworld carrier Qantas continues its significant capacity increase out of Singapore Changi later this year with a third daily flight to Sydney now added to the GDS timetable, operating three days per week from mid-December.

The new flight will be operated by the A330-300 offering 28 seats in business class with a 1-2-1 direct aisle access configuration and 269 seats in a 2-4-2 economy class layout. Once this new flight starts Qantas will offer over 19,500 seats per week out of Changi, a 79% increase compared with the same week during the previous year.

On the Sydney to Singapore leg it’s a mid-afternoon departure for QF83 at 3.30pm, touching down in Singapore at 8.45pm on the same operating days.

Here’s how the new service, highlighted in yellow, slots in with the existing Qantas Singapore – Sydney schedule, valid until the end of the northern winter season on 30th March 2018. The service will continue in the 2019 northern summer season, however some timing changes occur.

Elsewhere on their Asia network Qantas will also add an additional weekly flight between Jakarta and Sydney from 13th December 2018, bringing that service to 6 times weekly in total. It’s served by Airbus A330-200/-300 aircraft.

Why no daytime flight?

With two Qantas flights already running from Singapore to Sydney each evening and Singapore Airlines offering departures on the route throughout they day it seems unusual that Qantas would choose to operate this additional flight at the same time of day as the existing services. A more logical addition would surely be a daytime flight to Sydney with a morning departure, however there are good reasons they don’t do this.

It’s very difficult for Qantas to operate a daytime flight between Singapore and Sydney efficiently due to the night curfew at Sydney airport. Essentially a mid-morning departure from Changi would ideally be operated by an aircraft making an early morning arrival into Singapore from Sydney, however that’s not possible because the departure time from Sydney would have to be around 1am – well into the curfew restriction.

That means Qantas would have to keep one of its aircraft idle on the ground in Singapore overnight in order to fly a morning departure to Sydney, which is inefficient. There’s then the added cost of opening the Singapore lounge for a number of hours in the morning (currently it doesn’t open until 2.30pm each day), and having ground handling / check-in staff on duty at the same time for a single departure.

A third issue is connections. A flight from Singapore to Sydney at 9am for example is too early to take advantage of inbound flights from cities across Asia on the Jetstar network (the first significant ‘bank’ of arrivals into Changi for those flights is 12pm – 2pm).

At the Sydney end with an arrival time of approximately 7pm connecting Qantas and Jetstar flights around Australia are also starting to become limited. In fact less than 10 flights departing Sydney would meet the minimum connection time and only 5 at weekends, which is far too few to generate any significant through traffic.

Singapore Airlines on the other hand can generate significant connecting traffic from their early morning European arrivals for 07:10, 09:35 and 10:30 departures to Sydney. To this extent the Qantas operation is rather ‘isolated’ in Singapore and any flight departing in the morning would rely almost wholly on point-to-point demand.

These reasons make a daytime Qantas Singapore to Sydney service a very unlikely proposition. They have operated one in the past though this was a through-flight from London Heathrow, which depended far less on connecting traffic.

Here’s how weekly capacity on the Singapore – Sydney route has shifted over the last year.

This indicates Qantas now has a market share of around 28% on the Singapore – Sydney route, up from 17% previously.

Granted of course some of the capacity on the daily QF2 Airbus A380 flight is set aside for passengers travelling all the way from London to Sydney and therefore is not strictly available to Singapore – Sydney passengers, however 91% is still a significant increase.

Will the Qantas Singapore Lounge cope?

There has been some media coverage lately that the return of daily Qantas A380 services through Singapore on Sydney, Melbourne and London routes coupled with increased flights to Perth has led to overcrowding issues in the Qantas Singapore Lounge during peak evening periods.

It’s reported that some Qantas Club passengers, Gold status frequent flyers and travellers flying with oneworld partner airlines have been redirected to other lounges when the lounge becomes very full.

Lounge seating capacity has recently been increased to 500 but the assumption would be that this new service will generate some added strain.

Our analysis however shows that QF84 will fall into one of the quieter operating periods of the Qantas Singapore Lounge, among Qantas flights at least, with only QF82 passengers also occupying the facility at the same time (and perhaps a few very early attendees for the later trio of departures to Perth, London and Melbourne).

This new flight is therefore more likely to optimise rather than overwhelm the lounge capacity.

For those interested in the (slightly simplistic) analysis, we assumed:

No allowance is made for passengers travelling on other oneworld airlines or Emirates flights using the lounge, only Qantas services are considered.

We estimate the peak at around 422 lounge guests around this time assuming full flights, not including any Emirates or oneworld passengers also using the lounge.

The later evening peak around 11pm is not as high because only one Qantas A380 is departing at that time to London. Many passengers travelling on British Airways flights to London are known to prefer and use the Qantas lounge at this time however, and those are not included here.

This new service will use the Qantas A330-300 aircraft fitted with 28 of the new ‘business suite’ seats in a 1-2-1 configuration with direct aisle access for all passengers. Down the back there are 269 Economy Class seats in a 2-4-2 configuration.

If you’re looking to redeem an award ticket on any of the Qantas flights between Singapore and Sydney you’ll pay the following rates with some of the major oneworld loyalty schemes.

* Asia Miles rates in Business Class and First Class on this route increased from 45,000 and 70,000 miles respectively on 21st June 2018. See our article about the changes.

British Airways Avios points represent the best value on this route in Economy and Premium Economy, while American Airlines AAdvantage offers the lowest redemption rates in Business and First Class.

American points aren’t widely held by Singapore-based flyers, so Asia Miles comes in next at 50,000 and 75,000 miles respectively for Business and First, still very reasonable.

We recently did an 80,000 Avios redemption in Qantas First Class on the Airbus A380 which was a great flight – see our full review here.

As a comparison on the KrisFlyer side Singapore Airlines charge the following for saver award tickets between Singapore and Sydney. A very similar award pricing structure as you can see.

More growth for Qantas at Changi – we wouldn’t be surprised to see this additional 3 times per week service to Sydney increasing to daily operation in future.

While the introduction of a daytime service would have been nice maintaining an evening departure ‘bank’ at Changi works well for Qantas for a number of reasons. Ideally the new service also falls into one of the quieter periods of their lounge operation.