Skip to content
Two weeks after they re-introduced the A380 to Singapore, we tried out the Qantas First Class service for ourselves 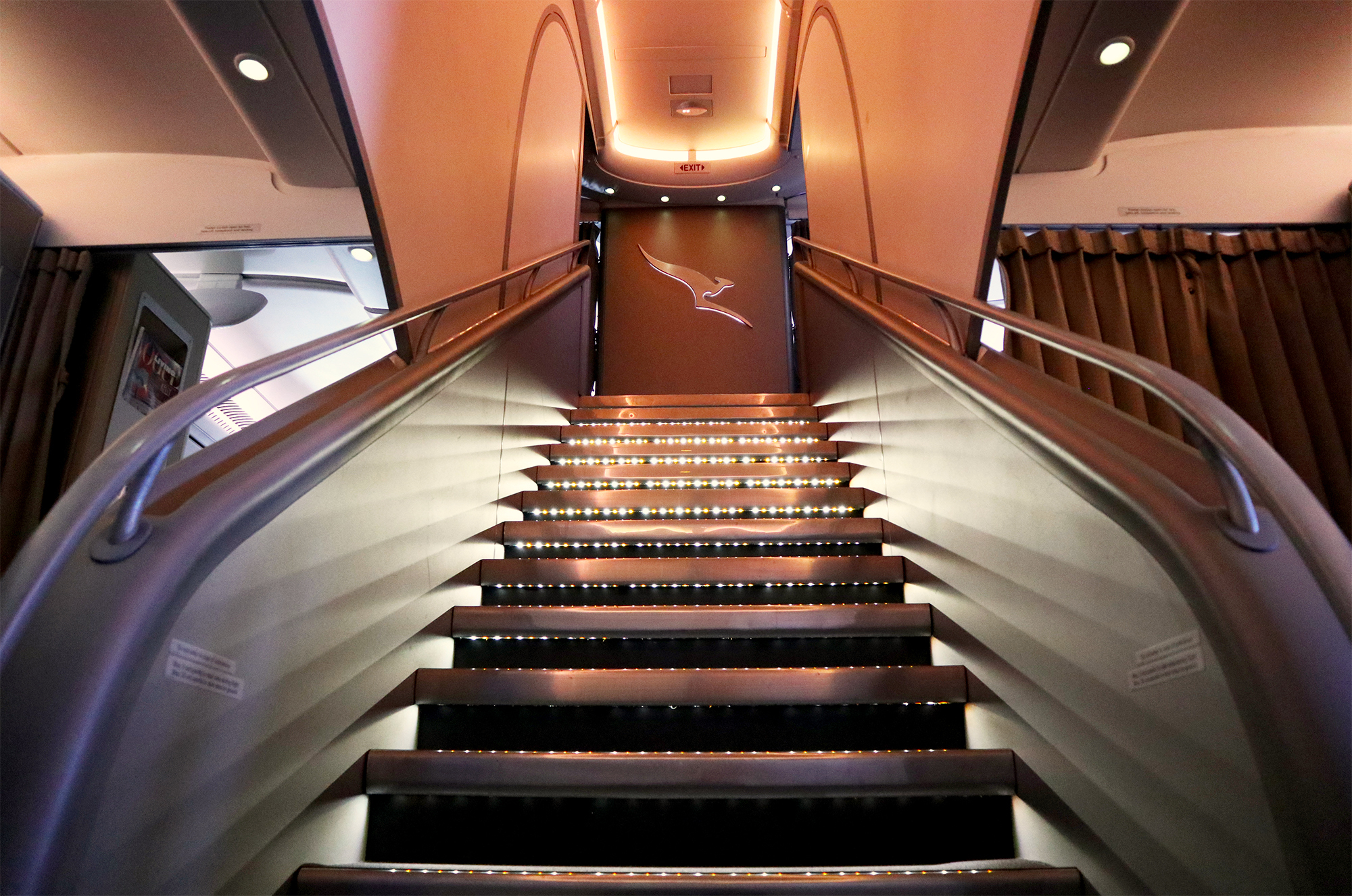 After a five-year hiatus, Qantas are once again flying to three major cities every evening from Singapore on their Airbus A380 aircraft. We covered the reintroduction in a separate article, but just a couple of weeks after services with the superjumbo were recommenced through Singapore we booked a redemption flight to see whether their First Class product is worth considering on your trips to London, Sydney or Melbourne.

After glimpsing the outside windows of the First Class lounge from the approach road we proceeded straight past the automatic check-in desks towards the dedicated First Class check-in area. Screened off from public areas, it features 4 desks and a small seating area with large red leather armchairs, which are slightly worn but you won’t be waiting long.

With your boarding card in hand, you are given an express pass to proceed through a slightly more expeditious channel of immigration and security. It was still a little chaotic, to be honest. After that, you must wind through the duty-free shop before finding the first set of escalators which lead up to the Qantas first and Business Class lounges.

We spent a good deal of time in the excellent Qantas First Class lounge that we have comprehensively reviewed here. Needless to say, it’s worth a lengthy visit if you are eligible for entry.

The gate for our flight was directly below the lounge which was very convenient, however, upon reaching the gate, the queue for first and Business Class was almost as long as that for economy passengers.

The reason is the very high number of status card holders who are also permitted to board from this lane – many of whom were travelling in Economy Class. A bit disappointing as it loses the exclusivity you expect from a dedicated First Class lane.

We were greeted at the door of the aircraft and shown to our seats. After settling down, Tim, the crew member looking after the 5 seats along our aisle in First Class came to introduce himself.

Throughout the flight all crew were excellent but in particular – Tim managed to provide a level of service that was personal, thoughtful and extremely attentive. Helpful suggestions, good product knowledge, humour and personality – all made for a really excellent ‘soft-product’ experience.

We usually use Singapore Airlines service as the benchmark to which other airlines may be compared and, as we have said it the past, it is consistently excellent. The personable and warm touches that the Qantas crew provided on this flight drove the standard to the next level.

The Qantas A380 First Class cabin is configured in a 1-1-1 configuration. That’s broadly similar to the Cathay Pacific First Class product on the 777-300ER (see our review), but remember this is on the main deck of the A380 which has 62cm more width – so you get an idea of the space involved.

Tim came to ask us if we would like a glass of champagne. Naturally, we agreed. We should mention, other drinks are also available if vintage champagne isn’t for you.

Since Qantas serve any one of 3 different types of champagne onboard, we awaited his return with bated breath. Any of the 3 would have been fine although I was quite happy to see a handsome bottle of Veuve Cliquot La Grande Dame 2006 arrive. It really is a special drop and if you like the standard Veuve Cliquot, you will love this.

The champagne was served with warm almonds and marinated black olives. There is a small drinks table directly in front of you in this seat position, within easy reach.

Traveller Tip: If an airline opens alcohol on the ground before closing the doors then that bottle usually attracts local taxation according to its value. Some airlines try to avoid some of this tax by offering a cheaper Champagne on the ground than that served once airborne, or simply not offering an alcoholic option at all.

Emirates will often serve Moët on boarding and Veuve Cliquot once airborne. If you have any doubts – ask to see the bottle.

Below the drinks table, directly in front of the seat, is a magazine pocket where the usual paraphernalia can be found.

To the immediate left of the seat base is a small storage for suitable for phones, passports etc but, be warned, this area disappears from view and access as the seat swivels to face the window for dining, lounging and bed positions.

The console next to the seat has a bottle holder and underneath, two deep sliding storage compartments, the upper one contains the headphones. Below the console is a small gap suitable for placing shoes.

Angled opposite to the seat is the ottoman. In the pictures, it may look similar to that found in British Airways First Class or Singapore Airlines 2006 Suites – but don’t be deceived, it is much larger and far more comfortable. So large in fact we think you could be happy sitting there for an extended period of time with your travel companion.

Under seat seat storage is limited to items that can be placed underneath the ottoman. A large backpack or even a Rimowa Topas carry-on will fit comfortably, as will a typical rucksack. Otherwise ample overhead storage is available.

The Amenity Kit and Pyjamas

The amenities and pyjamas are designed by Martin Grant for Qantas First Class. The amenity kit is small but thoughtfully designed. The eyeshades, in particular, are great as they don’t press on your eyelids. A small selection of Aurora Aspar ‘travel essentials’ are included (the same brand as used in the First Class lounge spa). Then the usual suspects are also present.

The pyjamas are available in two sizes – Medium/Large or Large/Extra Large. We found even the Medium/Large quite baggy but that’s typical of our experiences with other airlines. They were cool and comfortable and came with a sturdy pair of slippers.