Skip to content
Eager to 'hop' non-stop to San Francisco in United's latest Polaris Business Class seat? You'll be able to do so next year. 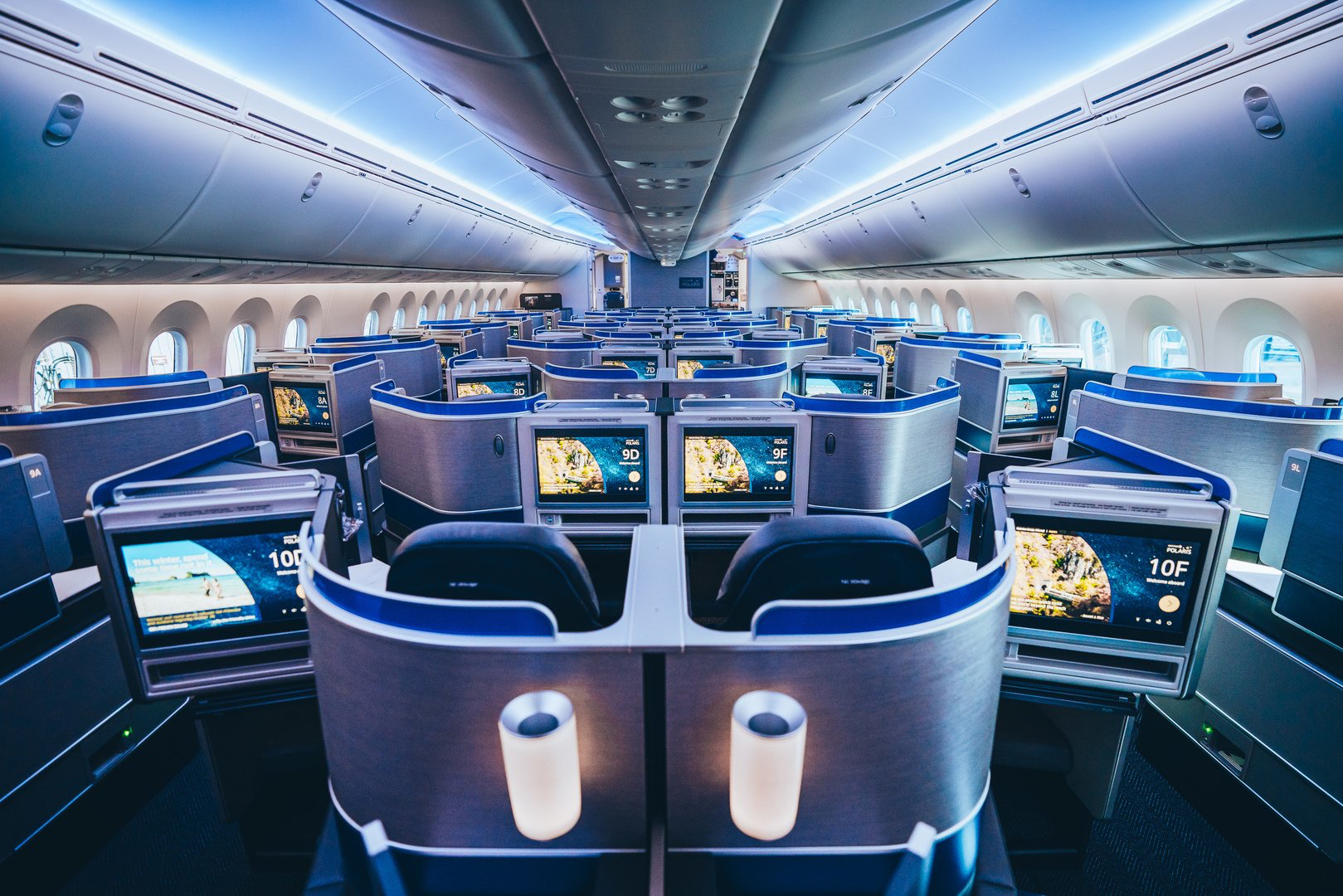 There was some good news from United Airlines last week if you’re hoping to fly the airline’s latest Polaris Business Class product from Singapore, or are a regular on the United Singapore – San Francisco flights.

The airline has confirmed that all existing Boeing 787-8 and 787-9 aircraft in its fleet will be refitted with the new product starting this year and finishing by the end of 2020.

United’s Vice-President of Marketing Mark Krolick confirmed in a discussion with Australian Business Traveller that the airline’s Boeing 787-8 and 787-9 aircraft will be refitted with the ‘real’ Polaris seats starting in the fourth quarter of this year.

That means it should begin to appear on the Singapore – San Francisco route, operated twice daily by the Boeing 787-9, from around that time. All those aircraft are set to feature the new cabin product by the end of 2020.

It is now the first airline in the world to operate all three variants of the aircraft type, with only All Nippon Airways set to continue that trend later this year, followed by British Airways in 2020.

For United though the -10 wasn’t just another (slightly bigger) 787, it’s the first aircraft in the airline’s Dreamliner series to be fitted with 44 of its latest Polaris Business Class seats.

The main drawback of United’s older 787-8s and -9s, for Business Class travellers at least, is the older seats (which the airline, confusingly, also calls ‘Polaris’), installed in a rather dated 2-2-2 configuration.

The ‘real’ Polaris, which frankly is the only United Business Class product you should consider flying on a long-haul service, boasts a 1-2-1 direct aisle access layout (1-1-1 on the narrower Boeing 767, so couples might want to avoid that plane).

It’s a significant evolution for the airline, which chose the Zodiac (now Safran) Optima seat with customisation and design by Acumen and PriestmanGoode.

All the seats convert to fully flat beds, with bedding provided by Saks Fifth Avenue, and are aligned either slightly towards the aisle or are in line with the aircraft fuselage.

Whether you take a window seat aligned furthest from the aisle, or more closely exposed to the aisle, you won’t be spared a good external view as the design includes at least one actual window at each of these seats.

If having seen those photos you think a year is too long to wait to try out the new cabin, our article from October lists the other Asia-Pacific routes already featuring these seats in Business Class, such as Hong Kong to San Francisco.

If you do manage to fly in the new Polaris seat from San Francisco to Singapore, you have the excellent Polaris lounge to look forward to there.

At over 28,000ft2, this is the largest United Polaris lounge, even accounting for those planned in future at other airports including London Heathrow, Hong Kong and Tokyo Narita. 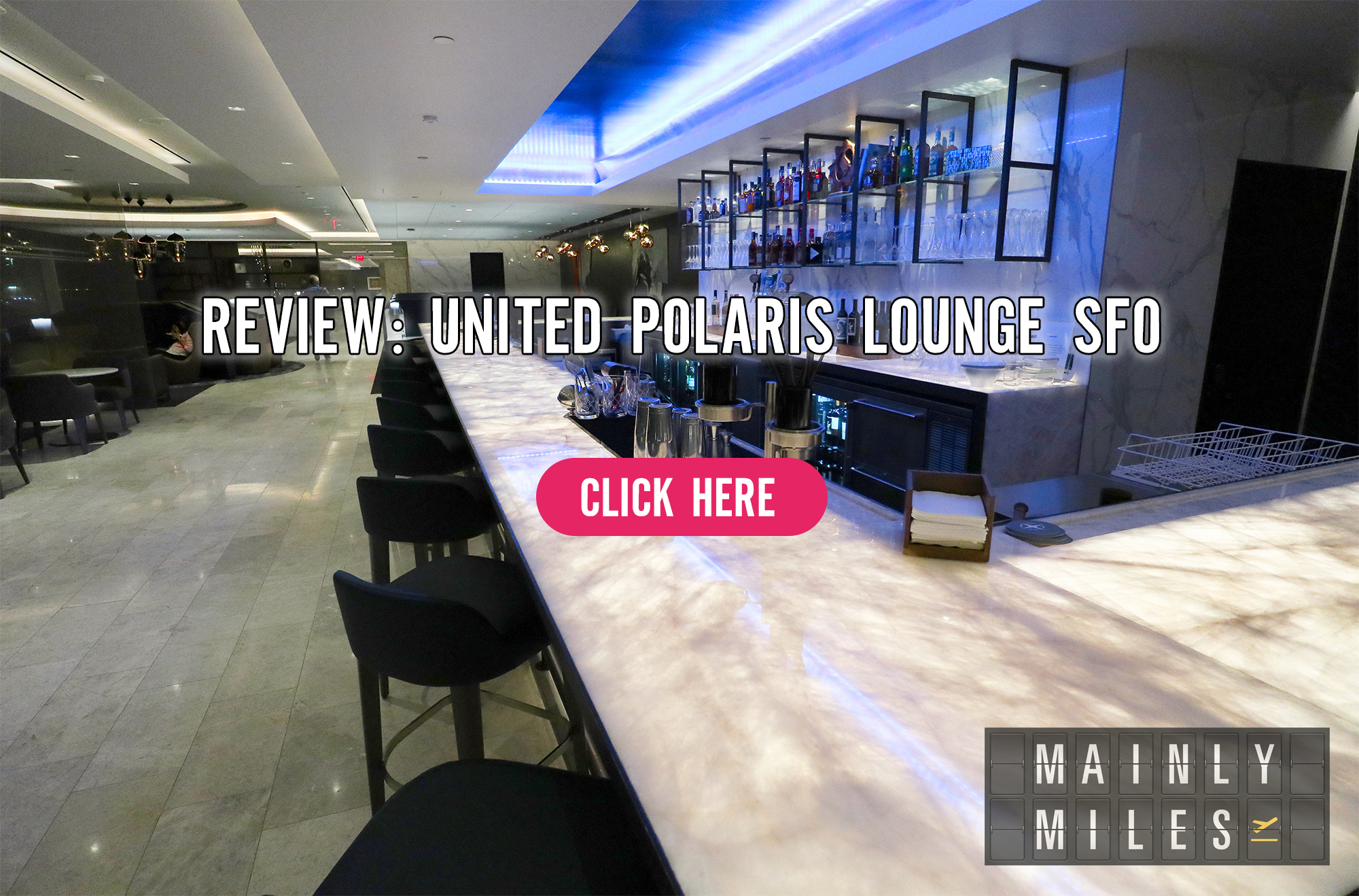 It’s truly a fantastic experience, beats any Singapore Airlines Business Class lounge hands down, and the great news is that you can even use it when flying SQ out of San Francisco (when flying in Business or First Class, not as a Star Alliance Gold status holder sadly).

‘Premium Plus’ is included

The Boeing 787 refit is also confirmed to include United’s Premium Plus cabin, which will give United a much stronger product to compete against Singapore Airlines’ Premium Economy offering on the Singapore – San Francisco route.

Currently the airline only offers an ‘Economy Plus’ cabin on the 787-9.

That means Economy Class passengers paying a little extra to fly the mammoth 17-hour flight from San Francisco to Singapore in some increased comfort are still faced with a 3-3-3 cabin configuration, simply with some extra legroom.

The Premium Plus cabin on the other hand, United’s first dedicated Premium Economy product, features:

We can’t promise this is anything better than the Singapore Airlines Premium Economy seat on this route, especially if you can snag one of the ‘solo seats’ at the back of the A350 on the selected flights operated by the ULR variant, however you can read more about United Premium Plus here.

It’s a little too early to get excited about redeeming the new Polaris Business Class between Singapore and San Francisco, given that it will probably be impossible to guarantee the seat until late 2020.

That’s unless United dedicate some of the first refits to the route, which they could decide to do once a certain number of aircraft have been refitted to support the SFO-SIN-SFO schedule.

That said, here are the miles rates you’ll pay through KrisFlyer or with various Star Alliance frequent flyer programs: