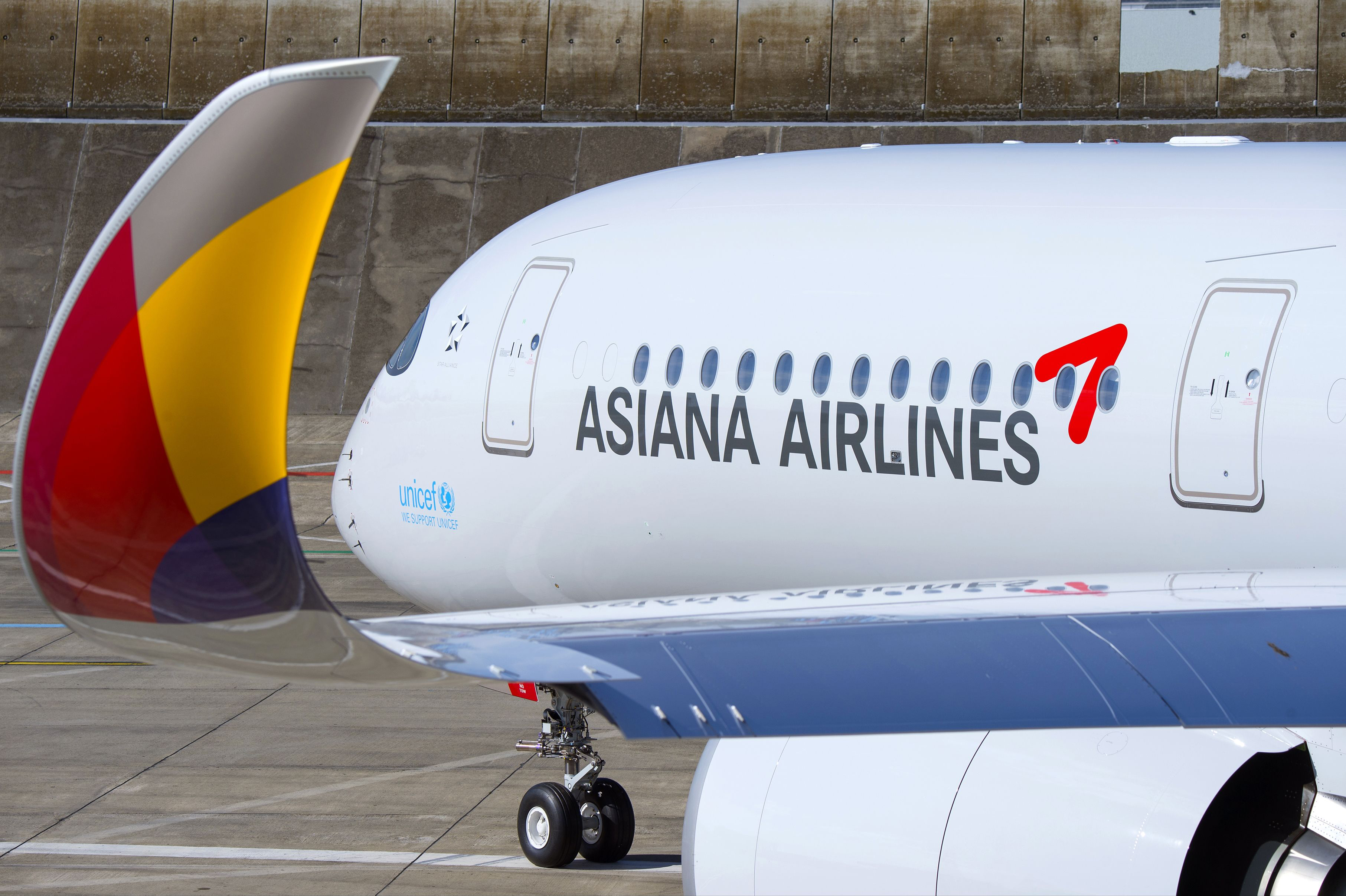 South Korean Star Alliance airline Asiana has updated its flight schedules to and from Singapore with effect from April 2019. An older Airbus A330 aircraft with a 2-2-2 configuration in Business Class featuring angled beds will be replaced an Airbus A350 featuring direct aisle access fully flat beds on seven the airline’s ten weekly flights to and from Seoul.

Asiana operates 10 flights per week between Singapore and Seoul, nine of which use Airbus A330-300 aircraft with a single weekly flight operated by a Boeing 767-300 with an unusual 2-1-2 configuration in Business Class.

Here is the northern summer schedule prior to the introduction of the Airbus A350 on the route.

A350 service does not continue into the northern winter season, with OZ751/752 reverting to the A330 from 27th October 2019 according to the current published schedule, though this is subject to change.

The Asiana A350 offers a 7% capacity increase over the A330-300, but actually has two fewer Business Class seats (28 on the A350 compared to 30 on the A330). That shouldn’t have a significant impact on Business Class award availability, but it certainly doesn’t help.

Key here of course is the seat type. Asiana opted for the Zodiac (now Safran) ‘Skylounge Core’ Business Class seat, also used by Emirates on its A380 and indeed on Asiana’s own A380s.

A Premium Economy section is featured on the A350, which Asiana calls ‘Economy Smartium’, however this is effectively a pre-purchased seat in the forward few rows of the Economy Class cabin featuring additional legroom. The configuration is still 3-3-3 with the same seat width and IFE screen.

The single Boeing 767-300 flight per week is probably one to avoid. The Business Class cabin on these aircraft is in an unusual 2-1-2 layout (the 767 has the narrowest cabin width of any wide-body aircraft, necessitating some strange configurations).

The exception might be the Sunday evening ICN-SIN flight. You probably won’t need to sleep on this sector, which lands in Singapore at 1.30am, but if you can secure one of the three ‘solo’ middle seats (1D, 2D or 3D) you’ll experience a rare “double aisle access” seat. Privacy however remains quite poor.

As you can see the A350 is the aircraft to go for, with not only a fully flat bed and direct aisle access, but also increased seat width and a much bigger IFE screen. Privacy is also by far the highest on the A350, which even has couple middle pairs at alternate rows in case you’re travelling with a partner.

Speaking of couples, those flying in Economy Class will probably prefer the A330 or the 767, which have 2-4-2 and 2-3-2 layouts in this cabin giving you a high chance of scoring a pair of seats by the window.

The A350 on the other hand has a 3-3-3 configuration in Economy on Asiana, with the exception of a single row of 2-3-2, offering just two real ‘couple’ options. Those are likely to get snapped up well in advance for this reason.

Asiana is one of the few Star Alliance carriers left where award availability still can’t be searched and booked online using the Singapore Airlines website or mobile app. That doesn’t mean you can’t use KrisFlyer miles to redeem of course, you simply have to call instead to book, having probably searched award availability through United Mileage Plan in advance.

As we pointed out in our recent article about routes requiring fewer miles with a Star Alliance airline following the January 2019 KrisFlyer devaluation, flights with Asiana to and from Seoul now cost 4,000 fewer KrisFlyer miles than a Singapore Airlines alternative. The taxes and fees payable are slightly higher however, which largely outweighs the benefit on this route.

A good hard product upgrade for passengers between Singapore and Seoul with much more modern flat-bed Business Class seats from a Singapore Airlines Star Alliance partner, which currently costs fewer miles to fly than on SQ itself.

We’ve not tried Asiana ourselves and friends have told us the service is not up to the Singapore Airlines standard, but it may still prove a useful option especially if your preferred SQ flights are waitlisted.

Being able to avoid the angled bed is a big bonus. As our SQ Business Class seats by route page shows, Singapore Airlines is still flying its older 2009 Regional Business Class with angled beds on two of its daily Seoul flights (the other two being the 2018 RJ and 2013 J products).

Remember you won’t be able to search or book Asiana award availability online using the KrisFlyer portal, so stick to united.com when searching then call KrisFlyer to book.