Skip to content
Do Virgin Atlantic really believe in "maintaining social connections" in their Business Class cabin, or did BA catch them on the back foot? 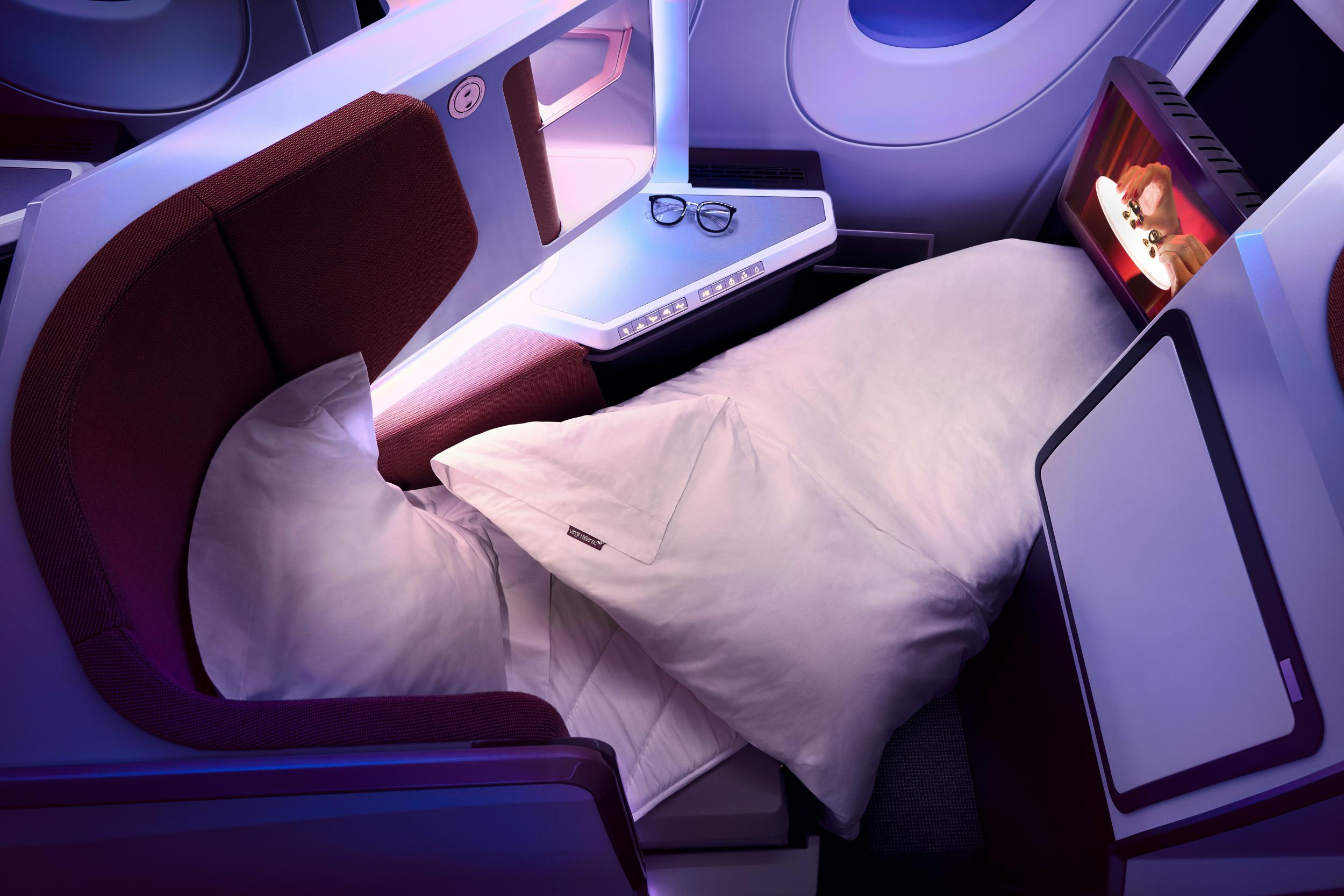 If you’d asked us last week what Virgin Atlantic would do in its new Upper Class cabin on the upcoming A350-1000, our answer was easy.

Three weeks after arch-rival British Airways announced it would finally replace its decades-old Club World offering with direct aisle access ‘Club Suites’ including closing privacy doors, there was no other way for Virgin to go.

In our opinion, the trendsetting airline would at the very least go with the Thompson Vantage XL Suite, already used by 49% owner Delta as the ‘Delta One Suite’.

Jazz it up with a bit more purple leather and pink lighting, throw a bar in at the back, and there you have it.

How wrong we were.

Virgin has opted for the latest version of the Safran (formerly Zodiac Aerospace) Cirrus seat for its latest Upper Class. First marketed to airlines about 18 months ago, they are the only airline so far to opt for the ‘Cirrus NG’ product.

Bells and whistles? Yes. Enhancements aplenty? Sure. Revolutionary? No.

Today you can find the same basic design, without the ‘NG’ enhancements, in the Business Class cabin of at least eight different airlines, including Finnair, JAL and Vietnam Airlines.

The Cirrus seat features a ‘reverse herringbone’ configuration, which Virgin Atlantic has adopted in the Upper Class cabin. There’s a subtle difference though, while window seats face the window, away from the aisle (unlike Virgin’s current design), the middle seats will face away from one another, towards the aisle in each case.

Effectively it means every new Upper Class seat will face towards the window, in stark contrast to the current arrangement for ‘window’ seat passengers flying Business Class on Virgin Atlantic, who sit almost with their back to it.

The seat converts into a fully flat bed, however unlike the current product there is now no need to get out of your seat and flip the back over to convert it, as this will be achieved at the touch of a button.

The seat slides forwards into the flat-bed position like most Business Class products on the market.

Like BA’s upcoming Club Suite, the seat has a three point seatbelt with an additional shoulder strap, though this will only need to be worn during takeoff and landing. It is not required for turbulence or, thankfully, for sleeping.

Another addition to existing Cirrus seats is the extendable privacy partition at each seat. This is most generously described as a ‘half door’, and most realistically described as a ‘privacy divider’. It extends by only a few inches and does not enclose this seat into a full ‘suite’.

That’s surprising as it certainly bucks the industry trend lately, with Qatar’s Qsuite and Delta’s One Suite, not to mention the upcoming British Airways Club Suite.

Here’s how the seat looks from the aisle (or an adjacent seat) with the privacy divider retracted:

Once the divider is extended (a manual process, but don’t worry – it’s only small), privacy from your fellow passengers is quite significantly improved:

Virgin’s rationale behind not adding a door to enclose their new Upper Class seats surrounds maintaining “social connections” between passengers, and promoting ease of service for the crew.

We would have thought if you wished to be sociable, you could just leave the door open.

Gone is the bar

One of the focal points of Virgin Atlantic’s fleet of aircraft for years has been the Upper Class bar. Long before Emirates ever had the ‘idea’, Virgin Atlantic crews were mixing cocktails and sharing anecdotes with top-tier passengers in the closest resemblance they could muster to the upper deck lounges of early Boeing 747s in the 1970s.

From the smallest in the fleet on the Gatwick 747s…

to the largest on the Heathrow jumbos (since retired)…

this has been a mainstay on Virgin Atlantic aircraft for years.

The focal point of Virgin Atlantic’s A350-1000, ‘The Loft’ is the eight-seat lounge / social area. This is located at the second main aircraft doors, where most passengers are designed to embark and disembark (an additional airbridge connecting the forward passenger door for Upper Class passengers will sometimes be used).

Virgin has designed this as a space for Upper Class passengers to “gather, dine, watch a short film, or have a meeting”.