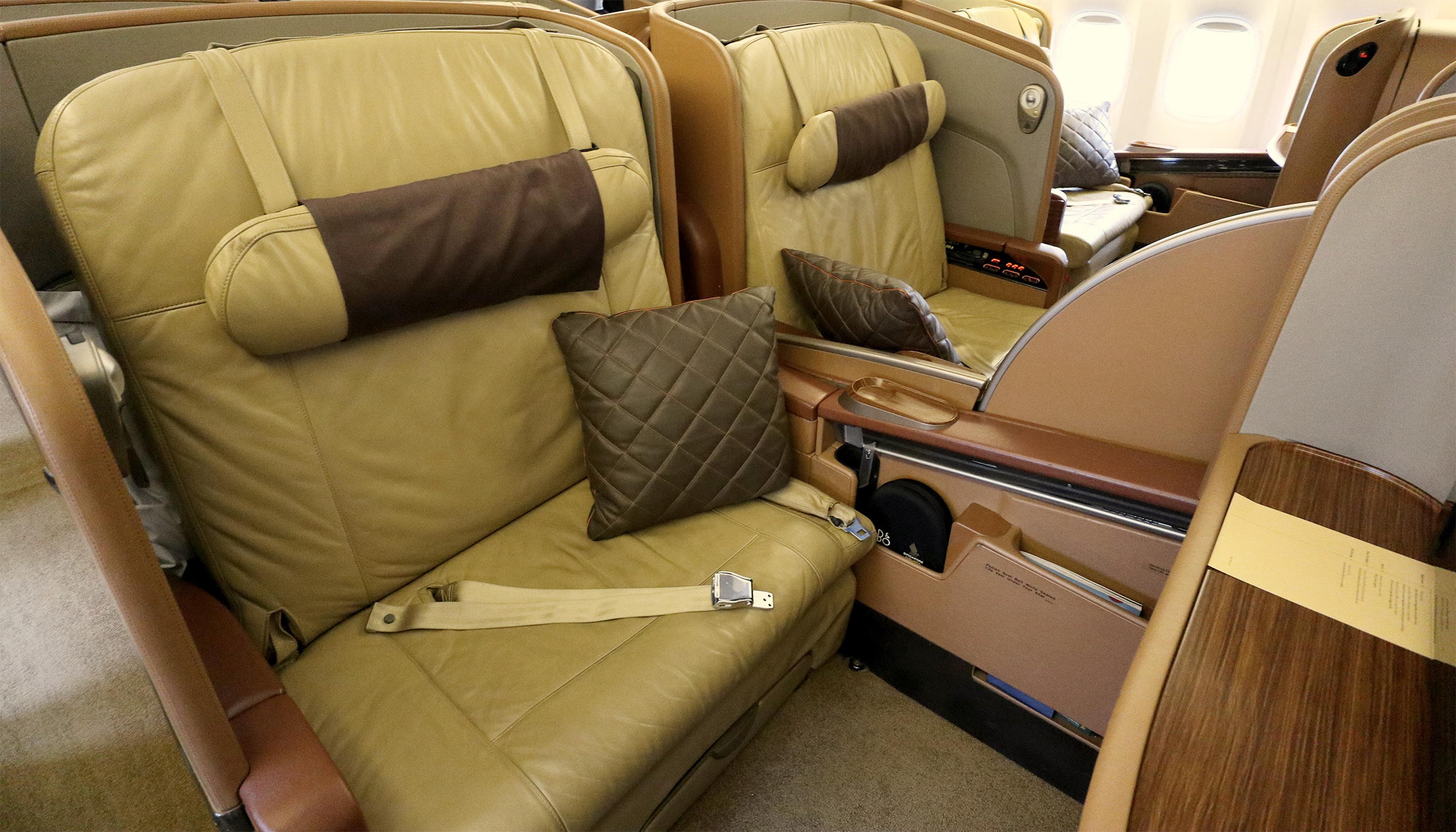 Many Singapore Airlines schedule experts and frequent flyers will know that the five Boeing 777-300s in the fleet, with an average age of 15.7 years, do provide one ‘constant’ in the operation. That’s the 2006 First Class cabin with eight seats, predominantly featuring on the Manila and Jakarta routes.

While the shorter Jakarta flights still strongly feature this aircraft type, services to and from Manila has been gradually shifting to newer jets with the Boeing 787 and Airbus A350 Regional taking over three of the four daily flights from October this year.

Furthermore, the airline has stopped selling First Class seats on the sole remaining 777-300 service flying the route from 1st October 2019, paving the way for a full shift to 2-class operation with regional products.

Despite SQ912/919 as highlighted above offering a First Class cabin, Singapore Airlines has ‘zeroed out’ all availability until the end of the published schedule. Redemptions are similarly unavailable.

There can be a couple of reasons for this, and the situation may be temporary, but we generally see this when an aircraft type change is planned but not yet loaded in GDS.

For example it wasn’t possible to book First Class on SIA’s Copenhagen route from November 2019 onwards for many months prior to the airline formally changing the equipment type to an A350 from that date. Everyone knew it was coming, it just took time for them to update the system.

It therefore looks highly likely that the Manila route will lose its First Class option from October 2019, and that’s certainly the direction the airline seems to be planning for the route with three out of four daily services on the 2-class A350 Regional or 787 from that month.

SQ912/919 will likely change to one of those two aircraft types in due course.

First Class has been a longstanding product on Manila flights, but it looks as though that will come to an end in a couple of months.

The rapid rollout of the 2018 Regional Business Class seats, which will soon outnumber the 2009 version in the fleet with upcoming A350 Regional and 787 deliveries, was bound to eventually mean no more First Class to Manila.

While the five 777-300s in the fleet with these older seats aren’t due to leave the fleet this financial year, they inevitably will eventually – perhaps as early as 2020.

It remains to be seen whether Jakarta can hold on to a First Class product in the years to come, but we expect it too will follow the Manila route. Enjoy the 2006 First Class while it lasts!