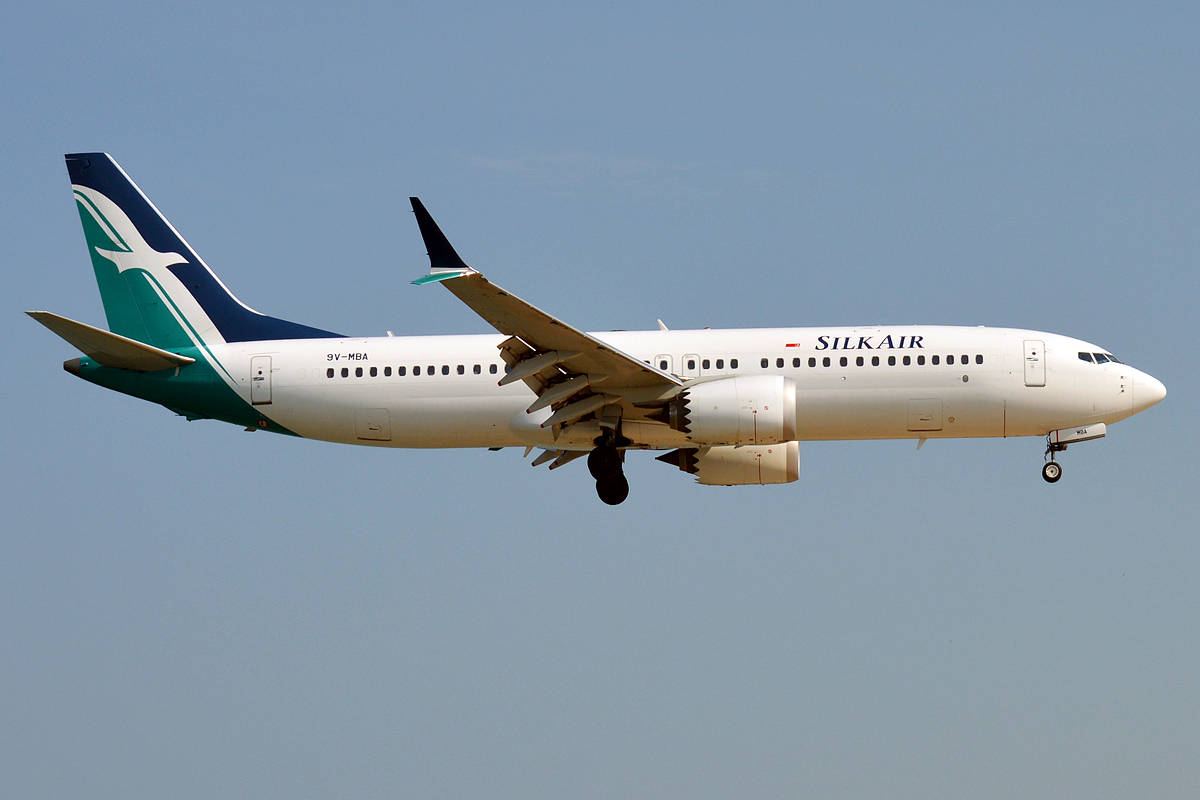 This week marks six months since the worldwide grounding of the Boeing 737 MAX fleet, with the Civil Aviation Authority of Singapore (CAAS) being among the first regulators in the world to do so. The move forced Singapore Airlines’ regional subsidiary SilkAir to withdraw six of its aircraft from service, it’s very latest jets which ranged from brand new to just 1.5 years old at the time.

Mainly Miles has learned that due to the ongoing grounding, all six aircraft are to be progressively relocated from Changi to a storage facility at Alice Springs in Australia, with the first jet due to make the trip as early as this week.

Here are the details of the six SilkAir Boeing 737 MAX 8 aircraft currently parked at Changi, all of which will be relocated to Australia.

The newest aircraft, 9V-MBF, actually only flew six passenger flights in total for SilkAir, having been delivered from Boeing just a few days before the grounding was imposed.

There’s a reason you see old aircraft and stored aircraft parked up in the Arizona desert, and that’s the dry climate. Aircraft don’t fare well if they are left continuously unused in humid environments, and wherever possible owners, leasing companies or airlines want to be able to return the aircraft to service again as quickly as possible.

The ‘SilkAir six’ have been parked up at Changi’s south apron for nearly six months. Despite the prolonged dry spell in Singapore, and the protective covers installed, we’re told some are already showing the effects. The upcoming wet months would make the situation worse. It’s time for a move.

Arizona was apparently touted as an option, but the Alice Springs solution has been decided upon.

Apart from the year-round dry desert climate, Alice Springs Airport is home to Asia-Pacific’s only purpose-built aircraft storage area. Indeed it is the only such facility operating outside the USA, and provides a much closer option for SilkAir than ferrying the six aircraft to Arizona.

These aircraft were returned to service with Scoot, though eventually they left the fleet and have been returned to their leasing companies.

How are the flights allowed?

We understand that conditional overflight approval has been granted by authorities in Singapore, Indonesia and Australia in order to permit these 5+ hour ferry flights to be conducted.

These 737 MAX ferry flights are typically operated at 20,000 feet and in a specific configuration with the wing flaps partially extended throughout the flight.

The wing flap extension is to inhibit the MCAS software from activating.

Inappropriate MCAS activation as a result of incorrect sensor data is the likely cause of both the crash of Lion Air 610 in October 2018 and that of Ethiopian Airlines 302 in March 2019.

Some authorities may also impose additional restrictions to these ferry flights, such as routings that avoid densely populated areas.

Boeing will apparently take care of SilkAir’s aircraft relocation, with Asia Pacific Aircraft Storage then contracted to look after them in Alice Springs.

What it means for flat-bed seats

As we reported in February this year, the Boeing 737 MAX marks the advent of flat-bed Business Class seats in the future Singapore Airlines narrow body fleet, with the Thompson Aero Vantage product chosen for these aircraft.

These were due to start appearing in the fleet from May 2020, with all 37 of the airline’s eventual Boeing 737 MAX fleet set to have them installed as the airline merged into Singapore Airlines itself.

We understand the Vantage seat is not compatible with SilkAir’s existing 737-800 NGs, giving the SIA group another headache if the MAX is not returned to service early next year, as the timescale for this product introduction will then slip significantly, or an alternative seat may need to be chosen.

It should still be possible for SilkAir’s brand new 737 MAX aircraft arriving from May 2020 to have these seats installed, but a number of additional aircraft were already supposed to have been delivered by now, and the recertification timetable remains uncertain.

Boeing of course is the main operator needing to shift its MAX planes elsewhere temporarily, since it has continued to build 42 of them a month, but the airlines have been at it too.

Southwest Airlines began shifting all of its MAX aircraft to Victorville in the California desert back in late March 2019, just 10 days after the grounding first took effect.

Norwegian Air ran into a bit of trouble in June when trying to relocate one of its MAX aircraft empty from Spain to home base in Sweden. German authorities denied the aircraft’s overflight at the last minute, forcing a landing in France.

That was despite the flight receiving approval, the airline claims, from EASA (the European aviation regulator) and Eurocontrol (Europe’s air traffic management organisation) for the flight to take place.

The aircraft eventually made it to Sweden nine days later, and based on the routing it looks like the French wanted it out of their airspace as quickly as possible.

A few weeks after that, TUI fly Netherlands returned one of its three 737 MAX jets from Sofia, Bulgaria (where it happened to have been when the grounding took effect) to home base in Amsterdam. This time, German airspace was deliberately avoided, with the next-shortest route over France also apparently off the cards.

More recently United Airlines has begun moving its 14-strong fleet of 737 MAX aircraft from Los Angeles and Houston, where they were originally moved, to more appropriate storage in Arizona.

The airline states this is due to “weather issues in Houston and construction and space issues in Los Angeles”.

12 of the 14 United aircraft have been relocated already.

With continued delays to the recertification, and no firm date for the type to gain approval to start flying again, a relocation effort for the six jets was inevitable.

It seems likely this will at least delay the introduction of flat-bed seats in the SilkAir fleet, with no apparent suitable alternative product for the existing 737-800s. We’ll be keeping a close eye on how this may affect the promised narrow body Business Class seats especially into 2020.

If our sources are correct the first aircraft will depart this week, with all six relocated by the end of October.