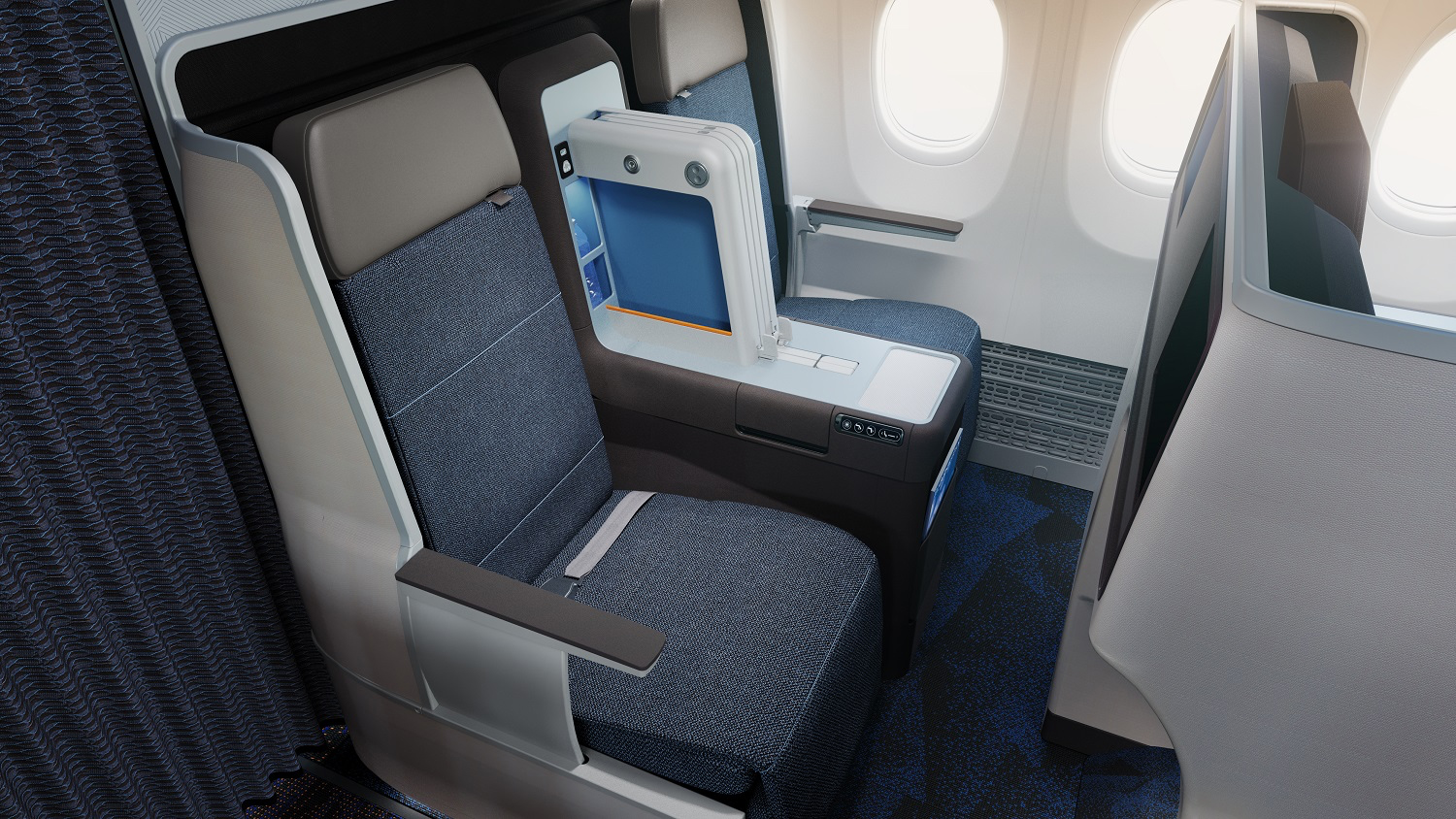 In a joint press release this morning, Singapore Airlines and SilkAir announced the selection of UK-based Thompson Aero Seating for their new flat-bed Business Class seats on the Boeing 737 MAX 8 aircraft fleet.

The forward-facing staggered layout will bring the narrow body fleet more closely in line with the airlines’ latest 2018 Regional Business Class installed on the Airbus A350 Regional and Boeing 787-10 aircraft.

The first refits will take place over a year from now, commencing in May 2020, with all 37 of the airlines’ proposed fleet of Boeing 737 MAX 8 aircraft eventually sporting the new seats.

Other airlines including JetBlue and flydubai have already installed Thompson’s Vantage Single Aisle product on their narrow body aircraft in the same layout the SIA Group has confirmed for these aircraft.

The airline has not stated which of Thompson’s seat products has been chosen nor released any pictures of the seats themselves at this stage, though it is likely to be the Vantage Single Aisle model, as we predicted last month in our article outlining the various options for the airline.

Note: Singapore Airlines later confirmed to Executive Traveller that the Thompson Vantage model is in fact the seat model chosen.

These upgrades are in advance of a full merger between Singapore Airlines and SilkAir, likely to happen later in 2020.

As part of the cabin upgrade seat back in-flight entertainment (IFE) systems will also be fitted in both Business Class and Economy Class on these aircraft, to provide a consistent customer experience across the airline.

Wi-Fi capability is not expected to be part of the upgrades. A supplier for the IFE system in both cabins on these aircraft has not yet been announced, with the airline stating that this selection will be revealed soon.

SilkAir’s existing Boeing 737-800s and Airbus aircraft will not be fitted with the new product, as these will not be transferred to the Singapore Airlines fleet and will instead shift across to Scoot or be retired as additional 737 MAX 8 aircraft are delivered over the next two years.

SIA has not yet stated what the seating capacity of the Boeing 737 MAX 8 aircraft will be following the cabin upgrades, though if the current Business Class floorspace is retained it is likely to accommodate 10 Vantage flat bed seats in an alternating 2-2, 1-1, 2-2 layout.

This is the same layout used by flydubai on its Boeing 737 MAX aircraft, which have the same area dedicated to the Business Class section as SilkAir set aside on its MAX aircraft from the outset.

Unfortunately that means that while Singapore Airlines has stated the new seats are ‘in line’ with those installed on the new Airbus A350 Regional and Boeing 787-10 aircraft, the statement appears to only refer to the forward-facing and flat-bed characteristics of the Thompson seats, as direct aisle access is not possible with this product on a single-aisle aircraft.

Thompson offers the ‘Vantage Solo’ seat with direct aisle access for narrow body aircraft, however it is not a forward-facing arrangement and so doesn’t appear to have been chosen by SilkAir.

With a 2-2, 1-1, 2-2 layout there would be direct aisle access for six out of 10 passengers, with two lucky customers in the ‘throne’ seats, which are likely to benefit from significantly increased storage space and no one having to climb over you to reach the aisle.

These could even be reserved for PPS Club members for advance selection, in common with some of the more desirable Business Class seats on SIA’s wide body aircraft, like row 11 on some Airbus A350s.

SIA’s fittings, furnishings and colour scheme for these new seats is likely to differ from the flydubai / JetBlue examples significantly, with more of the brown and warm orange tones seen in the latest 2018 Regional Business Class seats expected to be replicated.

Singapore Airlines first announced that SilkAir aircraft would receive flat-bed seats in May 2018, as part of an eventual full merger into the mainline carrier.