Skip to content
Often touted as the best oneworld lounge at Singapore Changi airport, the Qantas Lounge has recently been expanded. We stopped by in September 2019 to check it out. 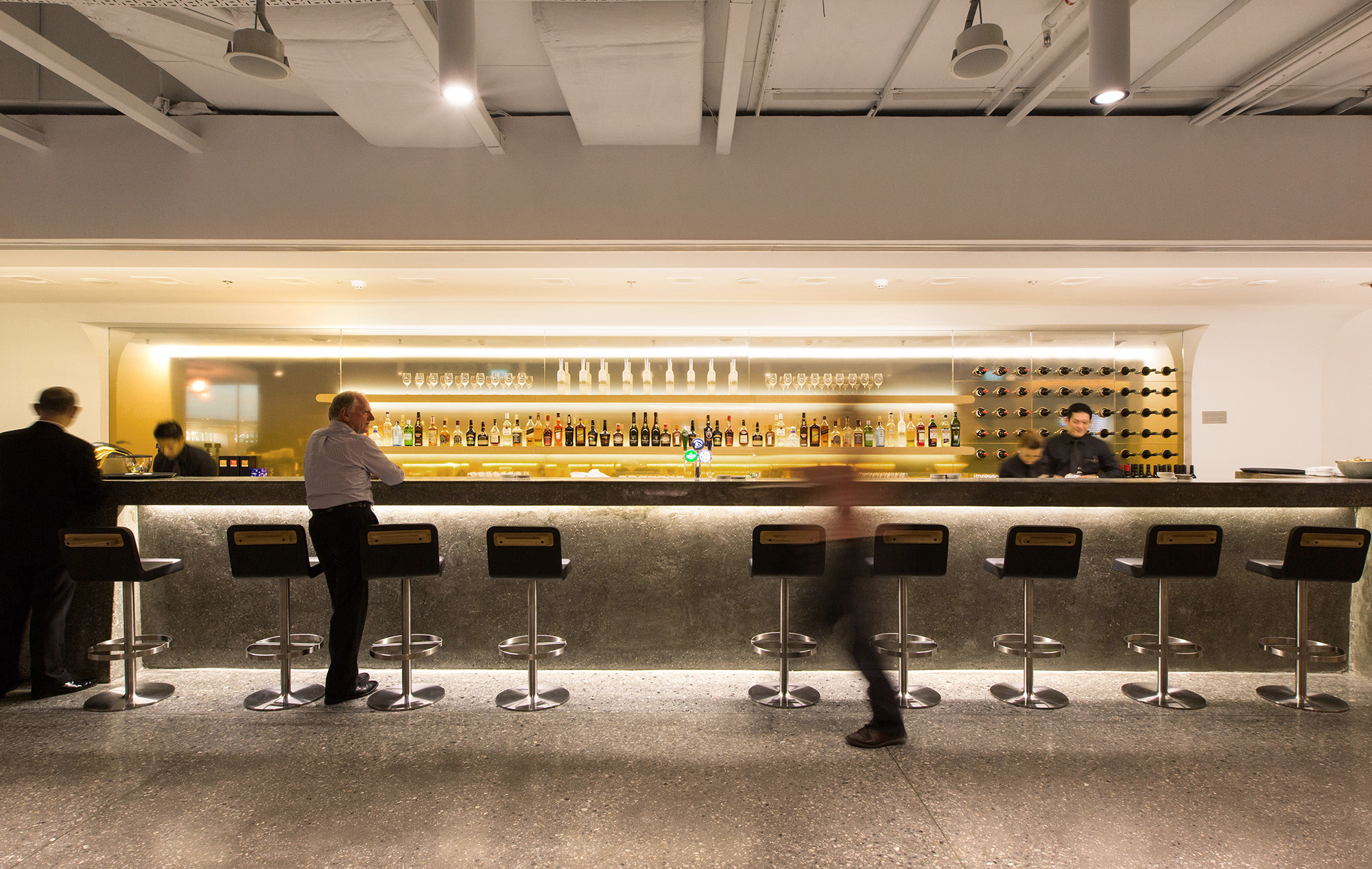 The Qantas Singapore Lounge, no doubt soon to be rebadged the “Qantas Singapore Business Lounge” to avoid confusion with the upcoming Qantas Singapore First Lounge later this year, opened its doors back in April 2013. It marked the first of David Caon’s premium designs, now common across the airline’s latest lounges and in-flight products.

Last year the Australian carrier significantly increased operations at Changi having once again routed its A380 Sydney to London flights through Singapore, also using the superjumbo on Melbourne – Singapore services and increasing capacity on some other routes, like Perth.

That put some strain on the existing lounge, with a welcome expansion added in August 2019 increasing capacity to almost 600 guests.

We thought it was about time to pay a visit and write a full review of the popular facility, which is also available to selected oneworld, Emirates and Jetstar passengers.

This lounge is available to passengers flying on a Qantas or Emirates flight, or on a oneworld member operated flight:

If you are a Qantas Club member flying on a Qantas (QF) or Jetstar (JQ, 3K or BL) flight number you are also permitted access.

Passengers using this lounge on the basis of their Qantas Frequent Flyer status can bring one guest into the lounge with them. The guest must be travelling:

Passengers using this lounge on the basis of their oneworld status can bring one guest into the lounge with them. The guest must be travelling on a oneworld flight number.

Passengers using this lounge on the basis of their Emirates Skywards status can bring one guest into the lounge with them. The guest must be travelling on the same flight as the member.

Passengers using this lounge on the basis of their eligible travel class can bring one guest into the lounge with them, provided the passenger is travelling:

The guest must be travelling on the same flight as the passenger in these cases.

Note that Emirates Business Class passengers without Platinum or Gold Skywards status are not entitled to any guest allowance.

The Qantas Singapore Business Lounge is located on Level 3 of Changi Terminal 1’s transit area, one level above the departure concourse.

Qantas check in desks are located at Row 8 in Terminal 1. After checking in and clearing the immigration desks, make a left turn towards the C gates, then take the first escalator on the right up to the lounges.

The escalator is well signed, and located just after the electronics duty free shop.

Turn left at the top of the escalator and the Qantas Business Lounge is straight ahead at the back of the corridor.

As you enter the lounge it’s a quick transition from Changi’s ‘casino carpet’ to a more modern industrial-style flooring, with a semicircle of decorative floor tiles flanking the two welcome podiums.

These are set against a stark white backdrop with a backlit motif – the iconic Qantas kangaroo. We’ve visited many airline lounges at their home base and this is quite an entrance in comparison, considering Singapore is an outstation lounge for the airline.

We arrived armed with our Qatar Airways Business Class boarding cards and the lounge agent welcomed us inside, with a polite reminder that calls are only made for Qantas flights, so we would have to be aware when to leave in order to make it to our gate in good time.

A decorative wooden wall adorned with the Qantas logo runs along the corridor as you make a 90-degree turn from the reception area into the lounge itself.

The first thing that strikes you about this lounge is the decor. It has a broadly industrial look, with polished concrete floors and exposed ducting in the ceiling above many sections, especially the dining area.

Most of the walls are white, with white marble used in places. Seating areas in different colours offset the stark decor.

Despite being over six years old, the lounge is clearly being excellently maintained and could still pass as almost brand new if you didn’t know otherwise.

The first section you reach on entering the lounge is the bar. Cocktail bars are fast becoming the expectation for Business Class lounges around the world.

Remarkably, the Qantas Lounge remains the only Business Class airline-operated facility at Singapore Changi Airport to feature a manned bar.

That will change next year when home carrier Singapore Airlines finally reopens its dated SilverKris Business lounge in Terminal 3, including a tended bar, but in fact we expect Qatar Airways will beat them to it.

The Gulf carrier’s premium lounge in Terminal 1 is expected to open its doors in December 2019, and will almost certainly include their signature martini bar.

Back to the Qantas lounge though, there’s a wide selection of spirits and the bar tenders will happily mix you a cocktail, or just a glass of wine, beer or a soft drink.

Speaking of beer the lounge currently offers Perth-based Little Creatures on tap, which is a nice Aussie touch and a refreshing change from the Heineken and Tiger they were previously pouring.

The two options offered during our visit were Pale Ale (Hoppy & Balanced) and the Dog Days (Juicy Fresh).

The Pale Ale is a favourite of ours, so it was an obvious choice.

If Little Creatures isn’t your thing, cans of Tiger or Heineken are still available. A self-service chilled water dispenser is located at one end of the bar, with some snacks at the opposite side. Both of these can also be found dotted around other parts of the lounge.

You can sit at the bar itself, or if you wish at the low yellow chairs and tables in the bar area.

These sit alongside another bar counter with high bar stool seating.

On our previous visits to the Qantas lounge this was simply a seating option, but it has been repurposed as a self-serve drinks counter with all six wines, bar snacks and chilled water available, alongside the appropriate glassware.