Skip to content
Singapore Airlines will resume its Brussels route from October 2020, four times per week 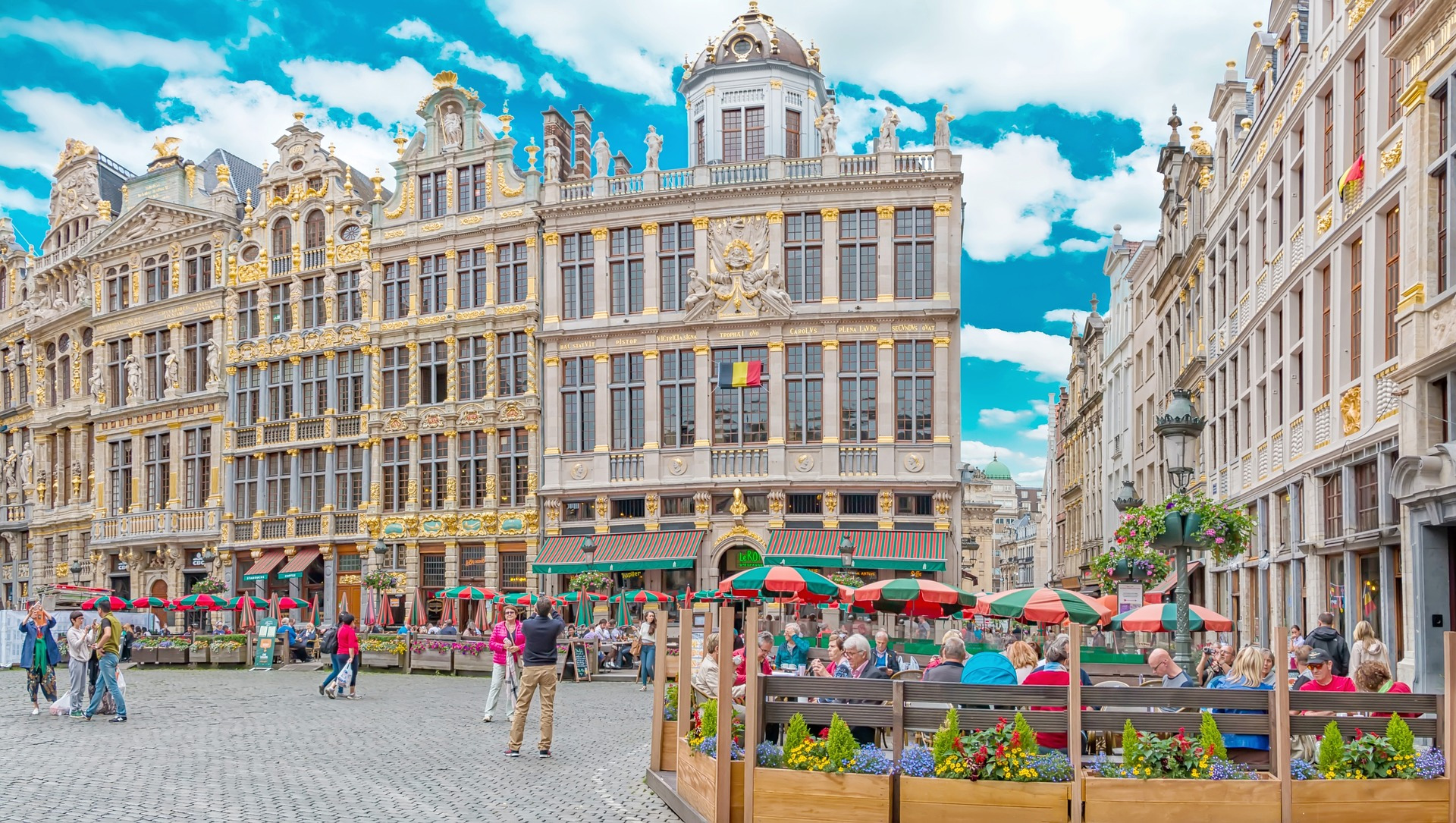 In a press event hosted at the Crowne Plaza Hotel yesterday, Singapore Airlines Regional Vice President for Europe Lee Sek Eng and the CEO of Brussels Airport Arnaud Feist, announced that the airline would launch non-stop services between Singapore and the Belgian capital from 25th October 2020.

Despite the press hype of a ‘launch’, in fact this is a service resumption for the carrier, with the Belgian capital falling by the wayside in April 2003 as one of the airline’s many route cuts during the 2003/04 SARS outbreak, along with destinations like Berlin, Vienna, Chicago and Madrid.

Served by the airline since 1979, back in the early 2000s Boeing 747-400s (yes, passenger ones!) would ply the Brussels route, continuing to Manchester. Today that same aircraft type is still occasionally seen in Brussels, with the SIA Cargo fleet passing through on a regular basis.

Singapore Airlines will operate its 253-seat 3-class Airbus A350-900 on the new route, featuring 42 of the 2013 Business Class seats and 24 Premium Economy seats, with the balance of capacity served by a 187-seat Economy Class cabin.

We flew the same A350 Business Class product from Singapore to Cape Town and back last year, a total of four flights including a stop in Johannesburg in both directions.

We have a comprehensive review of the experience you can expect when flying Business Class on this route. 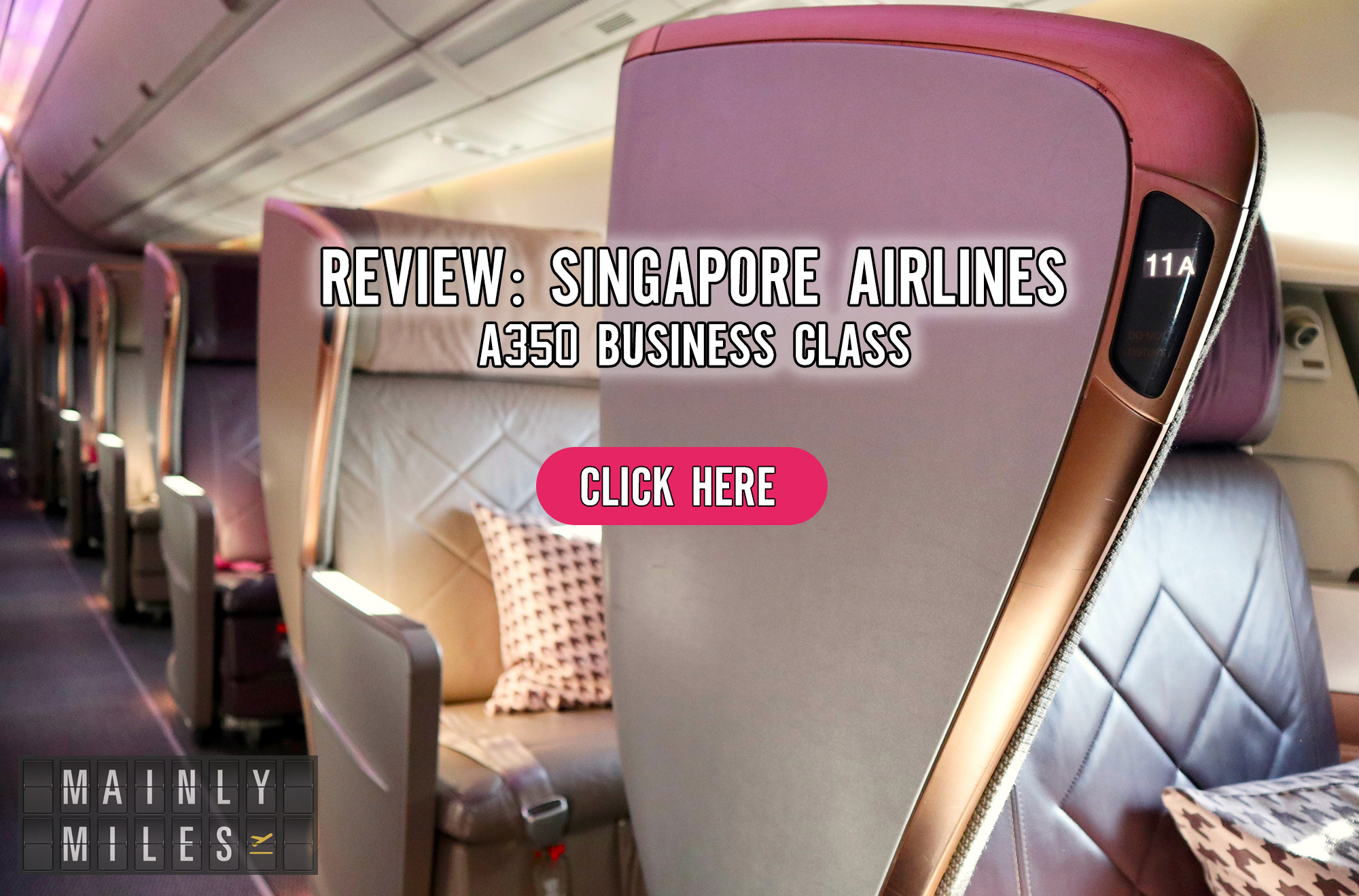 Unfortunately, Premium Economy features the poorest seat in that category across the SIA fleet – at 19 inches wide it’s half an inch narrower than those fitted by Singapore Airlines on the Boeing 777-300ER and Airbus A380 in this cabin class.

This new service will commence on 25th October 2020, departing Singapore just before midnight on Wednesdays, Thursdays, Fridays and Sundays, touching down in Brussels just before 7am the next day. That’s a generous 13 hour 55 minute scheduled flight time, ample for getting some overnight rest on the way to Europe.

It’s also perfect timing for a full working day in Brussels, with the Sunday flight landing on Monday morning sure to be a popular option for those starting a working week in the ‘EU capital’.

Those with onward connections aren’t forgotten – as this SQ304 flight meets a large bank of Brussels Airlines (a fellow Star Alliance carrier) departures across Europe and beyond.

On the Brussels – Singapore sector departure is at 11.20am on Mondays, Thursdays, Fridays and Saturdays, landing in Singapore at 6.55am the following calendar day in each case.

Thanks to prevailing winds, it’s a slightly shorter and 12 hours 35 minutes on the eastbound flight, with arrival also well timed for the start of a full working day in the Lion City, or to connect with a host of departing flights out of Changi to other Asia-Pacific hubs and several Australian cities.

Once a small rural settlement, Brussels has grown to be a wealthy and powerful political city of Europe. It’s the de facto capital of the European Union, thanks to hosting a number of principal EU institutions. This could be an especially important connection for travellers now that it looks likely the United Kingdom will leave the EU on the 31st January 2020.

For tourists, Brussels also has much to offer. There are numerous UNESCO world heritage sites to visit, fantastic local beers, not to mention plenty of Michelin starred culinary experiences.

The airport itself, sometimes referred to as Brussel-Nationaal (Brussels-National) or Zaventem, is sleepier than SIA’s other ports of call in Europe, but by no means small. It has three runways and a “one terminal concept”. That sounds like a recipe for a long walk to your gate to us!

Despite this being a reinstated passenger route following a 17-year gap, SIA is no stranger to Brussels and has been operating regular cargo services on the Boeing 747-400 Freighter for many years.

Brussels is home to one of the less well known but still substantial Star Alliance carriers – Brussels Airlines. Having launched in 1997 and been members of Star Alliance since 2009, they have grown their fleet to around 60 aircraft including 14 wide-body Airbus A330s, some of which saw service with SIA in the past.

The airline rose from the ashes of the once-successful flag carrier, Sabena, merging with Virgin Express to become Brussels Airlines. Lufthansa initially acquired a 45% stake in 2009, facilitating their entry to Star Alliance before going on to purchase the remaining shares in 2017.

As a wholly owned subsidiary, Brussels Airlines is a member of Lufthansa’s frequent flyer programme Miles & More. Despite challenging economic operating conditions in Europe they have been managing to eke out a small annual operating profit for the group over the last five years or so.

Brussels Airlines flies to over 80 destinations, including plenty of European cities, some North African cities and the USA.

Singapore Airlines signed its first codeshare agreement with Brussels Airlines back in 2011, adding SQ-coded flights to Belgium’s capital city from London, Barcelona and Milan to connect with its own Singapore services.

We expect to see Singapore Airlines extending their existing code-sharing agreements on a range of Brussels routes prior to the launch of these direct flights.

The 6:50am arrival into the Belgian capital on SQ304 connects you comfortably to a myriad of potential options in Europe including at 9.40am to London (assuming you missed out on securing a direct flight), at 9.30am to Malaga and at 9.50am to Venice.

Later in the morning you can also take one of Brussels Airlines’ long-haul flights to the USA, such as to Washington D.C. and New York, while their extensive Africa network also kicks off at around 11am to destinations including Kinshasa, Accra, Freetown, Burkina Faso and Senegal.

Inbound connections from European cities plus these long-haul USA and Africa flights also time nicely with a connection back to Singapore on SQ303 at 11.20am. For example you can arrive back into Brussels at around 7.30am from New York or Washington, 8.55am from London and between 5am and 7am from most of the Africa network.

These new flights will therefore add some useful connection options, especially in Europe, even to cities Singapore Airlines already operates to directly but which can be difficult to secure saver award seats on, like London.

If you’ve had enough of flying after being on a plane for 13 hours, another benefit of Brussels is its fantastic rail network, with connecting train services across western Europe.

Direct trains from the airport railway station itself link several cities in Belgium, while at least four trains an hour head to Brussels South for international connections, including to London, Amsterdam, Frankfurt and Zurich.

Brussels (rather obviously) falls in the Europe zone under the KrisFlyer award chart, meaning redemptions don’t come cheap. The same rate applies for flights from Singapore to Brussels as for slightly longer services to and from London and Manchester.

These are the one-way KrisFlyer redemption rates you’ll pay by cabin on the Singapore – Brussels route:

We will be taking a close look at redemption availability and regular fares once this new route opens to commercial sale, so stay tuned for an update on that.

These rates are probably only of interest if your company is paying for your Economy or Premium Economy ticket, otherwise they don’t usually represent good value.

It will cost the following number of miles or points to redeem to Brussels from Singapore (or vice-versa) using miles from another Star Alliance or partner programme: