Skip to content
Our comprehensive review of the Singapore Airlines A350 business class. 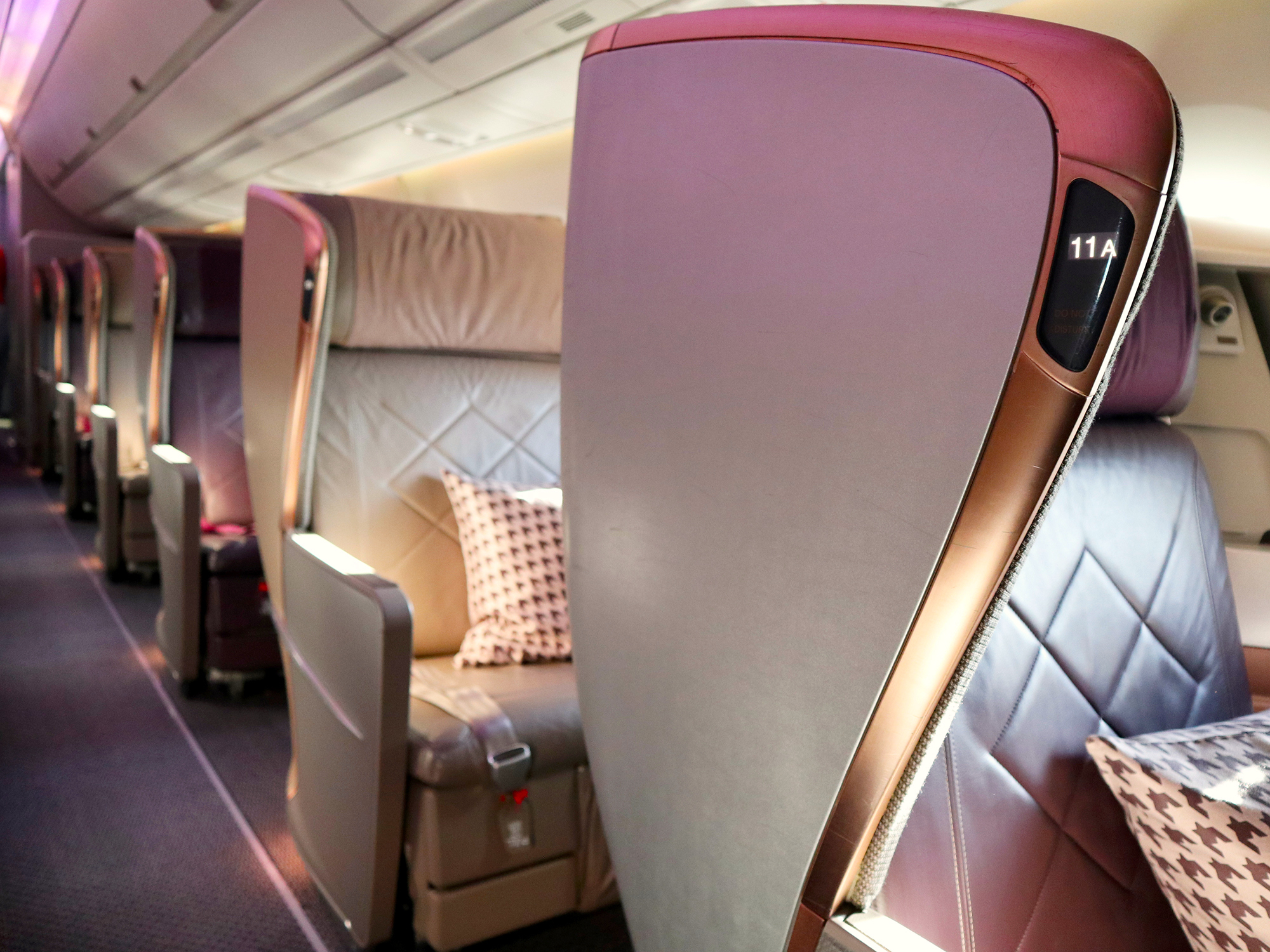 The A350 first arrived in the Singapore Airlines fleet in February 2016. In the two years since we’ve travelled several times in the business class cabin and we’ve collated these experiences to give you a comprehensive overview of the cabin. For this review, we will mainly focus on our most recent sectors from Singapore to Cape Town and the return journey. 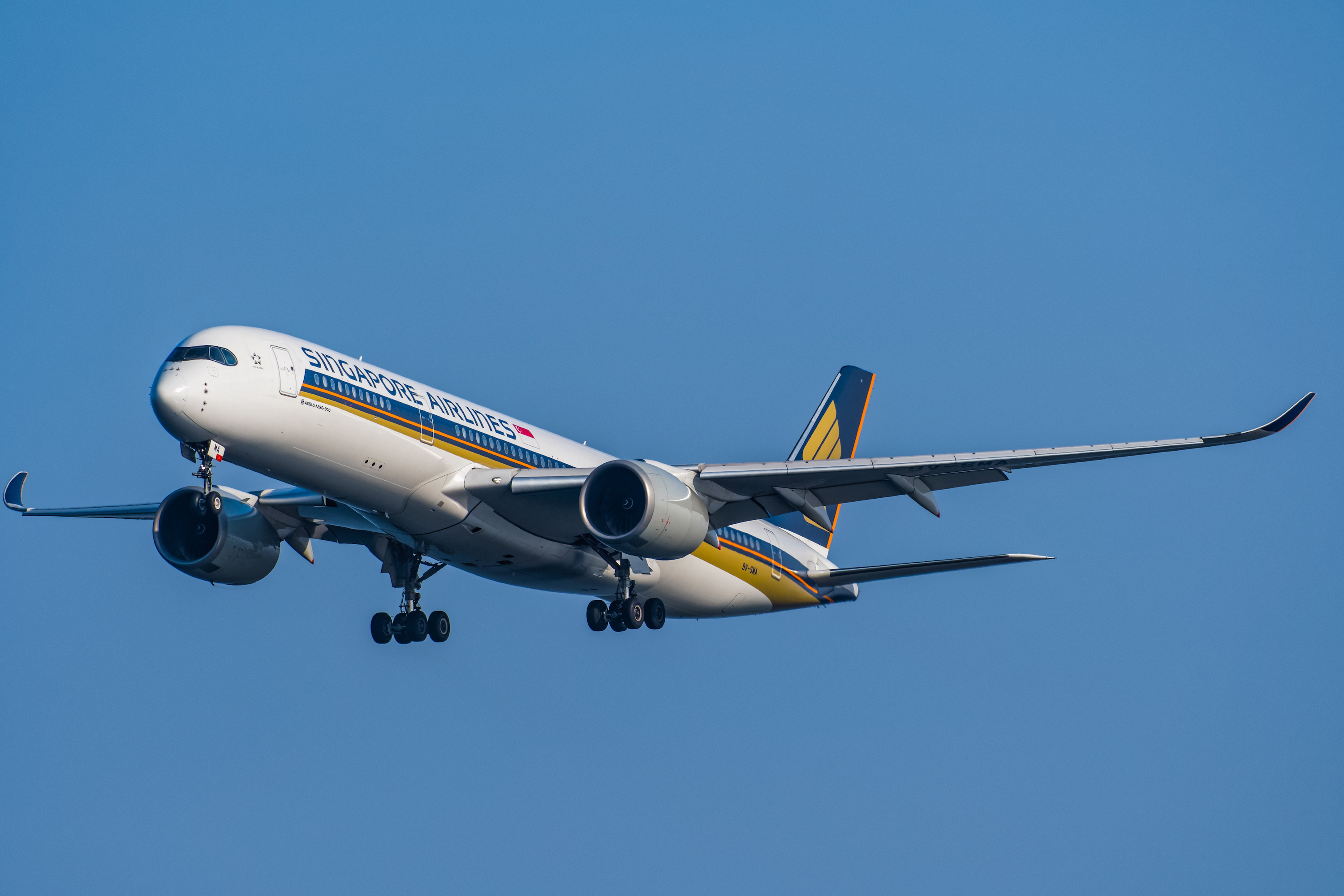 When it was first announced, Singapore Airlines confirmed that the A350 would be fitted with the latest 2013 business class product that was being introduced on the newest 777-300ERs and retrofitted to the older ones (a process which is almost complete).

At the time we were sceptical as the A350s cabin is 26cm narrower than the 777s. It’s also a much shorter aircraft and was destined to be 3 class, including a premium economy cabin. This meant things had to be squeezed.

* – note that we booked these redemptions before the March 2017 KrisFlyer devaluation, and therefore secured them at the previous miles rate. The current redemption rate would be 45,000 KrisFlyer miles + S$49.93 each way (more miles, less cash due to no fuel surcharge)

Seamless, as always, in both Singapore and Cape Town. Dedicated check-in desks with the signature blue carpets, rarely with any associated queue. The Cape Town staff were particularly helpful when it came to tagging the 24 bottles of South African wine we had picked up at local vineyards.

The weight of our luggage was very close to the 80kg (40kg per passenger) limit on the return journey. However, online reports do suggest that if a premium passenger checks in slightly more than the limit, a blind eye is usually turned.

The terminal 2 lounge was quiet and dark at around 7pm. The terminal 3 lounge was massively oversubscribed at around 8:30pm – to the point that some passengers were sitting on the floor. Groups of young children were running around screaming and the food, as fast as it could be replenished, was mostly empty. It was not a pleasant environment. After around 11pm the lounge started to clear out.

In Cape Town, business class passengers are invited to the Bidvest lounge. Small but perfectly pleasant and with a surprisingly good food and drink selection.

As always, they were all very polite, helpful and immaculately presented.

As mentioned at the top of the article – this 2013 business class product had to be shoehorned into the A350 to make it fit. This has lead to some compromises on space.

By comparing the overall business cabin length against the 777-300ER, Mainly Miles estimates that the A350 business class seat is 15% smaller in length, with approximately 1.7m per seat (vs. 2.0m per seat in 777-300ER). To us, this differentiates the seats completely.

The differences are significant right from the moment you sit down. The IFE screen is much closer to you – now within easy reach (a perk, you’d think… but it’s not a touchscreen). The foot cubby, where your feet go when in bed mode is closer, and smaller. The aisles are narrower and there is a noticeable reduction in fixed table ‘real-estate’.

The A350 does not have central overhead storage in business class. This means a dramatic increase in the volume of space overhead. We have mixed feelings about this. Where it was supposed to create an airy, open environment – it can actually feel a little impersonal.

Traveller Tip: Rows 11 and 19 have significantly more legroom, especially the middle pairs. Following the negative reviews of the other rows at introduction, especially from frequent flyers, these rows are now reserved only for PPS club members for advanced selection.

When check-in opens at 48 hours before departure, the seats are released to all passengers so there is still a chance to reserve them but be warned – row 19 is a bassinet position at all seats. If a passenger requiring a bassinet books at the last minute, you may be kicked out into any remaining unoccupied seat.

Here are two 360-degree images that show the difference very clearly. The camera is placed in the same position on the console on both and no zoom is applied. The first image is row 11 (as is the same as row 19) and the second image is row 12 but represents any other row.

The usual array of Champagne, orange juice and water was served on boarding departing Singapore and Cape Town. However, after each stop in Johannesburg the crew were unable to open the bar on the ground due to local regulations, so only soft drinks were offered.

Traveller Tip: If an airline opens alcohol on the ground before closing the doors then that bottle attracts local taxation according to its value. Some airlines try to avoid some of this tax by offering a cheaper Champagne on the ground than that served once airborne, or simply not offering an alcoholic option at all.

Emirates will often serve Moët on boarding and Veuve Cliquot once airborne. If you have any doubts – ask to see the bottle.

In the knee area is the usual magazine rack, however, this is really very small and only capable of holding the in-flight reading materials. On the inner console is a deep rectangular compartment with a pop-up lid. Inside you will find the usual noise-cancelling headphones. After they are removed this becomes a very useful storage.

At shoulder level is another small storage compartment. It’s open so has to be empty for taxi, takeoff and landing but it can be useful for stowing newspapers, magazines and the headphones when not in use.

Rows other than 11 and 19 have two small additional storage areas alongside the IFE screen and a small fixed drinks table. In rows 11 and 19 there is no table and the storage space is replaced by a small mirror behind a sliding cover.

There is also a coat hook at each seat, which I’ve never seen anyone actually use.

Small carry on bags can be stored in the foot well under the seat. This is necessary on fuller flights with the absence of central overhead storage. It’s very positive that Singapore Airlines has started to design and certify seats in this way – as having your belongings readily available to you, throughout the flight, is essential.

As with all Singapore Airlines business class products – no formal amenity kit exists. Instead, slippers and socks are handed out and the rest of the usual suspects can be found in the toilet e.g. toothbrush, shaving kit, comb, aftershave etc.

When we first flew on the Singapore Airlines A350, shortly after it was introduced, it was as a ‘cheap’ redemption option home from Europe (in the days when Amsterdam to Singapore was just 51,000 KrisFlyer miles in business class). Hardly any A350s were in service at the time, and the forward toilet was available for passenger use throughout the flight.

After that though, we started seeing reports that the forward toilet was being reserved for crew use only, and that passengers were being directed to use one of the two toilets ahead of the second main aircraft doors. No problem with that, except that it reduced the passenger to toilet ratio in business class from 14:1 to 21:1.

We can happily report that whatever policy was causing the A350 forward toilet to be restricted on some flights appears to have been reversed; the forward toilet was available for passenger use on all four sectors we flew on this itinerary.