Skip to content
Frankfurt joins London and New York as the third city to be served by ANA with their latest First and Business Class seats, from February 2020 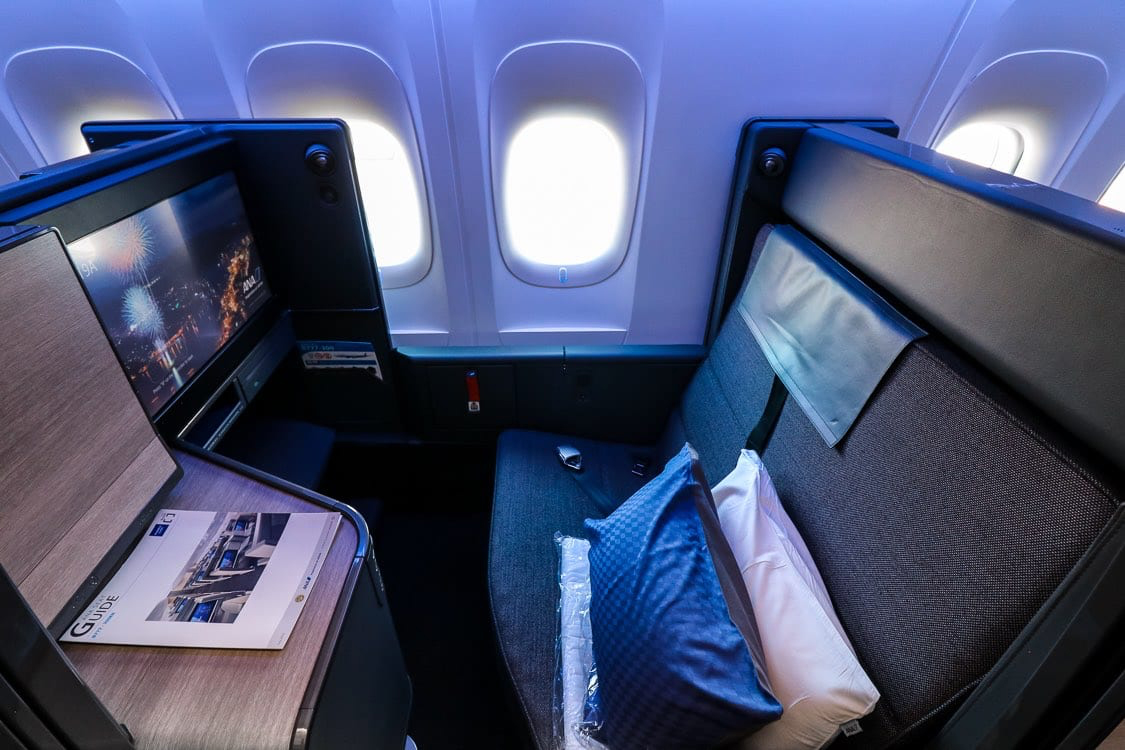 Some good news for those of you looking to try one of the most impressive-looking new First and Business Class seats of 2019, with confirmation that ANA will fly its latest cabin fit from Tokyo to Frankfurt starting on 1st February 2020.

Timetables have already been updated to reflect the change, making the German financial capital the airline’s third route to boast the new seats.

The new cabin products are being introduced on only one of those flights in each direction, the NH203 from Haneda to Frankfurt departing at close to 1am, and NH204 from Frankfurt to Haneda at 11.30am, with early morning arrival the following day.

If you’re flying on NH223/224, with daytime service from Japan and evening departure from Frankfurt, you’ll still have the older seats even after 1st February 2020.

The new cabin products are highlighted in the schedule below.

Be careful to ensure you choose the correct flights on the Frankfurt route to avoid disappointment, as there is one new cabin and one old cabin programmed each day from February 2020. 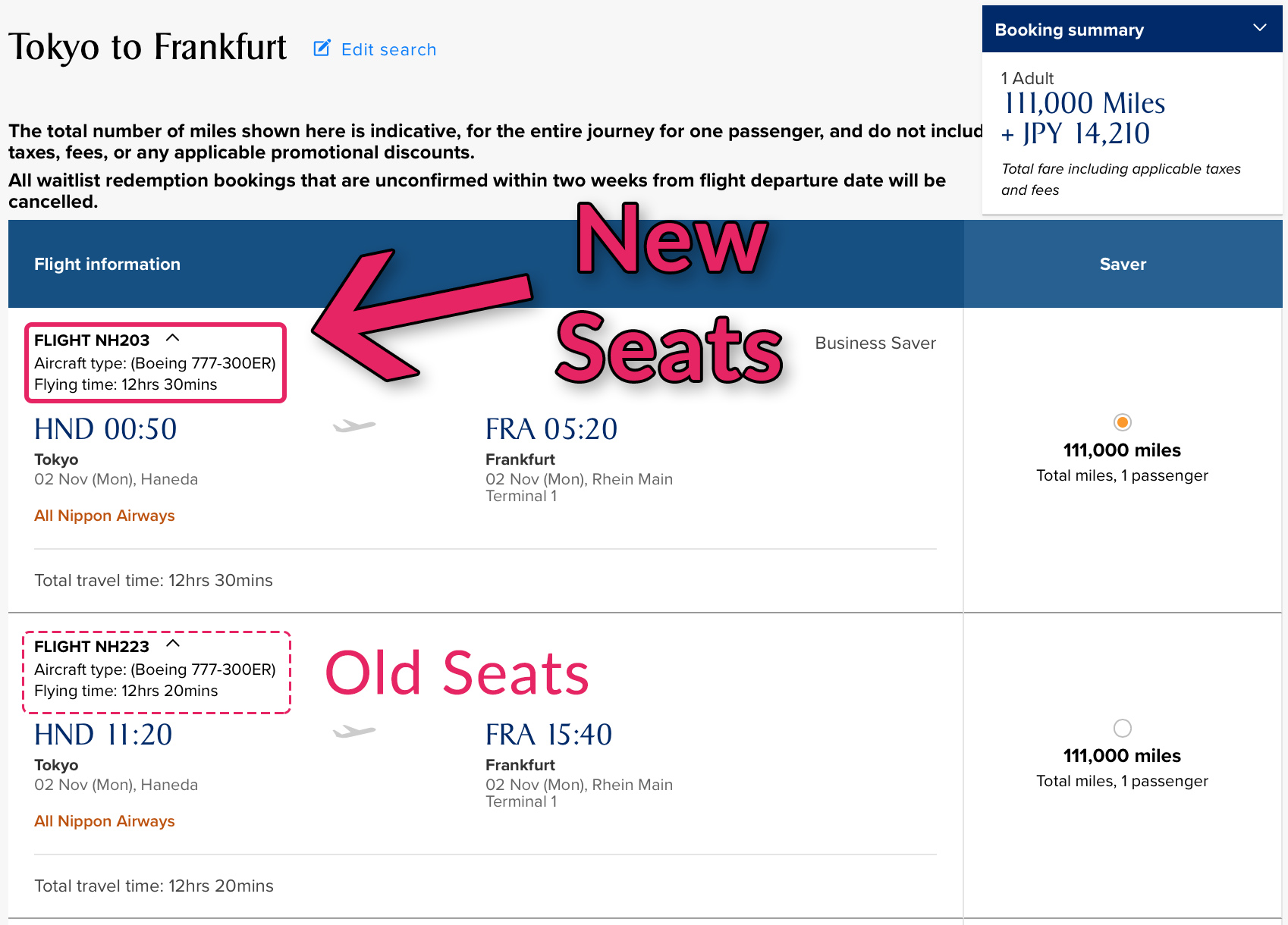 ANA is already offering daily service from Tokyo Haneda to London, and from both Tokyo Haneda and Narita to New York with the new cabins, on a daily basis.

Here’s how the schedule looks for those services. 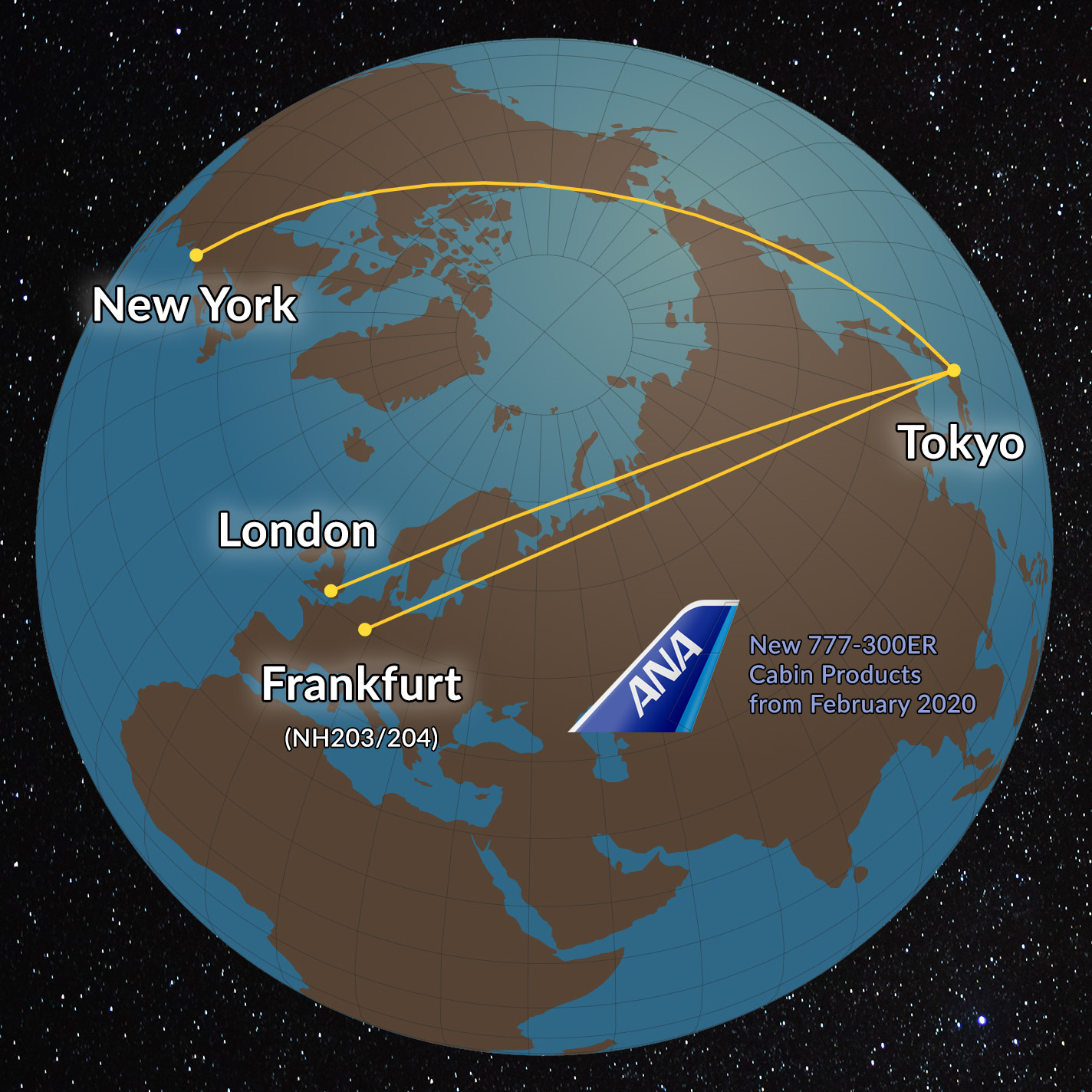 How to tell your flight has the new seats

It’s the “New 212 seats” configuration which has the latest cabin products.

The easiest way to check whether your flight will have the new seats is the seat map in Business Class. On the aircraft with the older seats the Business Class seat map goes up to row 17 or row 21. On the new aircraft it ends at row 20.

If you’re using a third-party function to view the seat map, rather than the ANA website, you’ll be able to spot the back of the cabin as row 20 quite easily.

If you are flying on NH203/204 (Frankfurt) or either of the JFK flights from 28th March 2020 onwards, the seat map for your flight will still reflect the older seats.

Don’t worry – that’s because ANA has not yet loaded the new aircraft configuration for the summer schedule, which they should do in the coming weeks.

Why is it so exciting?

ANA first announced these new cabins back in July 2019, and it’s safe to say they impressed from the outset.

In First Class, which ANA calls “The Suite”, an all-new design is inspired by luxury Japanese hotels. Here you’ll find fully enclosed seating, the most spacious the airline has ever installed on its aircraft, finished in a luxury dark wood.

First Class suites also feature a movable partition, which can be adjusted upon request to ‘pair’ two middle seats together when travelling as a couple, or with friend or colleague.

A total of eight First Class ‘Suites’ are installed on the airline’s new Boeing 777-300ER aircraft, in an intimate two-row cabin with a 1-2-1 configuration.

In the Business Class cabin (called “The Room”) there are 64 seats across three separate sections in a 1-2-1 configuration, featuring direct aisle access for all passengers.

These seats alternate between forward-facing and rear-facing at each row, rather like the Qatar Airways Qsuite.

The design is inspired by modern, multifunctional Japanese living spaces, and includes doors at the seat side which can be used to create an enclosed suite.

The width of the Boeing 777-300ER cabin allows this to be a huge space, around twice as wide as existing ANA Business Class seats, including a large ‘sofa’.

A redesigned self-service bar counter with a TV monitor and a fridge is also offered.

God Save The Points jumped on board one of the first Heathrow to Tokyo flights fitted with the new seats to try out “The Room” Business Class.

It’s safe to say the reality of the experience seems to have lived up to the hype, with Gilbert claiming it to be the “new world’s best”.

Check out the review here