Skip to content
ANA is introducing brand new First Class and Business Class seats to the Tokyo - London route next month, and they look pretty sweet 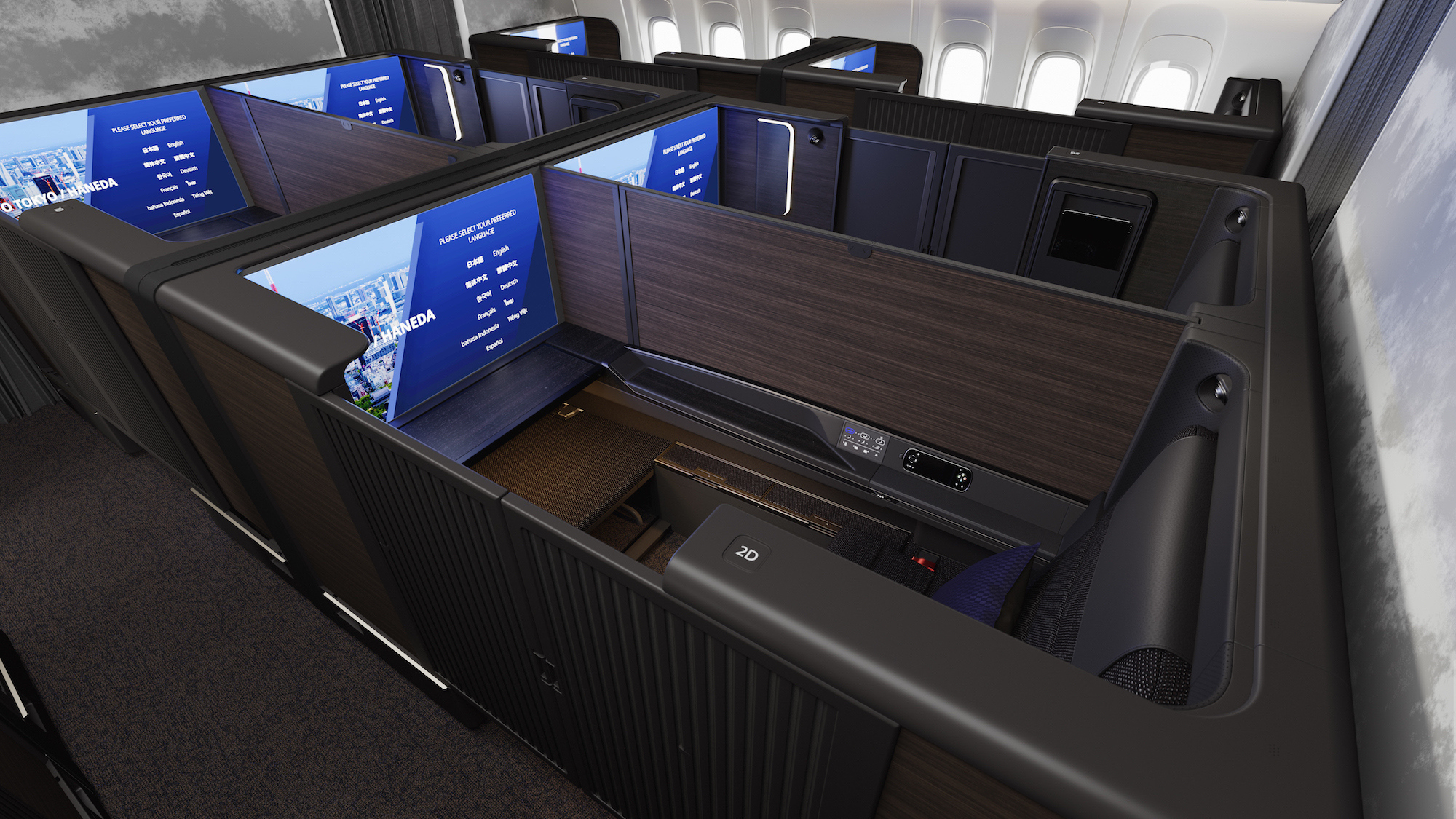 The new First Class product, “THE Suite”, and the new Business Class design, “THE Room”, will debut on the Tokyo to London route on the airline’s redesigned Boeing 777-300ER aircraft from 2nd August 2019.

The new First Class product is reminiscent of the latest version ANA has installed on its Airbus A380 aircraft – now flying the Tokyo – Honolulu route.

It’s an all-new design inspired by luxury Japanese hotels with fully enclosed seating, the most spacious the airline has ever installed on its aircraft. The First Class cabin is finished in a luxury dark wood.

THE Suite also features a movable partition, which can be adjusted upon request to ‘pair’ two middle seats together when travelling as a couple or with a friend.

A total of eight First Class ‘Suites’ will be installed on the airline’s Boeing 777-300ER aircraft, in a two-row cabin with a 1-2-1 configuration.

Another brand new seat design for ANA is found in the Business Class cabin, with 64 seats across three separate sections in a 1-2-1 configuration, featuring direct aisle access for all passengers.

Unusually, these seats will alternate between forward-facing and rear-facing at each row.

Though it’s not clear from the press images, doors at the seat side and the access area fully close to create an enclosed suite.

The width of the Boeing 777-300ER cabin allows this to be a huge Suite, around twice as wide as existing ANA Business Class seats, including a wide sofa.

As with most new Business Class seats today, ANA has promised a ‘place for everything’, with several discreet storage areas for your personal belongings.

Right at the back in Economy Class there are seven ‘couple pairs’ by the window as the fuselage narrows; the last four rows on the left and the last three on the right.

Elsewhere in the cabin ANA has also enhanced the Premium Economy and Economy Class seats, and has also completely revamped the entrance area of the aircraft to create a hotel-like reception complete with welcome monitors.

Cabin lighting in First and Business Class is custom-designed by Panasonic to improve comfort, while bespoke mattresses and bedding will be provided by Nishikawa.

A redesigned self-service bar counter with a TV monitor and a fridge will also be installed.

The dining service has also been reimagined, including new premium international cuisine tableware from later this year.

Here is ANA’s video presentation of the new cabin products.

Service with the new cabin products starts on 2nd August 2019, initially on even-numbered days of August then odd-numbered days of September on the Tokyo Haneda to London Heathrow route. Operation increases to daily to and from London from late September or early October 2019, when the second refitted aircraft enters service.

If you want to redeem your KrisFlyer miles on this route to try out the new aircraft, here are the rates applicable.

Saver awards on this route for Star Alliance partners like KrisFlyer aren’t always easy to come by, but they do exist and availability may improve closer to the departure date.

KrisFlyer rates between Japan and Europe are rather steep to say the least, but if you have miles or points in other frequent flyer schemes you may find those give you a much better deal for these redemptions.

A truly impressive looking First and Business Class seat design from All Nippon Airways, we’re looking forward to seeing this roll out to other routes in future as more aircraft are refitted, and hopefully getting on board ourselves for a full review.