Skip to content
Does Alaska Airlines' intention to become a full oneworld member spell the end of its Mileage Plan Asia-Pacific 'sweet spots' and generosity? Probably. 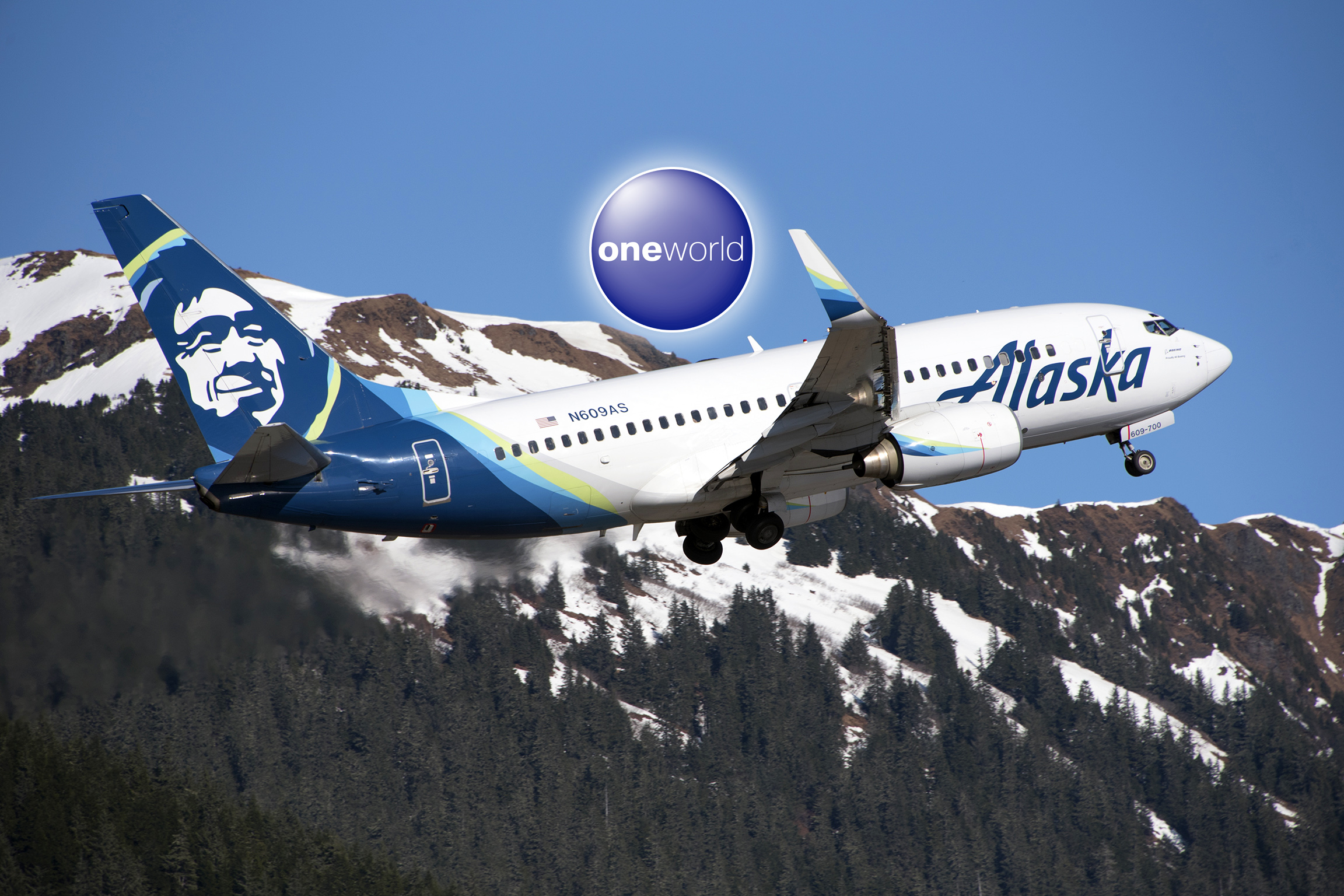 Alaska Airlines is a relatively well known carrier among our readers in Asia-Pacific, not because it flies here (it doesn’t) but mostly for its generous frequent flyer programme. That’s because Alaska Mileage Plan runs regular bonus promotions allowing you to pick up a decent volume of miles for redemptions on its partner airlines like Cathay Pacific, JAL and Qantas “for cheap”.

Yesterday the airline announced closer ties with partner American Airlines, but in a surprise aside to the statement also dropped something of a bombshell. Alaska Airlines will (hopefully) join the oneworld alliance as a full member airline in mid-2021.

Initially it was only Alaska Airlines talking up the prospect of joining the alliance, strange given that the announcement of the most recent alliance member, Royal Air Maroc, had been given special status at the oneworld annual board meeting in 2018.

This time it was total silence from oneworld, until the early hours of this morning (Singapore time) when they managed to drum together two short sentences about the news (then spent the rest of the press release talking about themselves). Quite bizarre.

“oneworld is delighted with the announcement that Alaska Airlines intends to join the alliance by summer 2021, and its plans to form a US West Coast international alliance with oneworld founding member American Airlines.

It does seem that oneworld were caught off guard by Alaska’s announcement if this is all they could come up with, several hours after Alaska said it was going to be a done deal, giving customers “seamless access to 1,200 destinations around the world”.

When will this happen?

Joining one of the large global airline alliances isn’t a fast process, so it will be summer 2021 before Alaska Airlines will formally join oneworld, allowing you to earn and redeem Alaska Miles on all oneworld airlines.

As with any other full member carrier, you’ll also be entitled to lounge access, priority boarding, premium seating, increased baggage allowances when you fly on a oneworld carrier as an Alaska Mileage Plan member, depending on your status level.

Those with oneworld status through other member carriers will also receive benefits when flying on Alaska Airlines flights.

Alaska Airlines hasn’t stated exactly how its members will be recognised in the oneworld system, but in mentioning that oneworld lounge access will apply to MVP Gold or Gold 75K members, we’re expecting the following tier equivalence:

The announcement was made as the airline also revealed it would form stronger ties with American Airlines in a US West Coast connection partnership.

That means from today Alaska members will be able to redeem Alaska Mileage Plan miles on all American Airlines flights and access any of American’s 50 Admirals Club locations worldwide with an Alaska Lounge membership.

From later this year, members will also be able to earn Alaska Mileage Plan miles on any American Airlines flight.

How it works now for Asia-Pacific members

Our readers, mostly based in Singapore, can already use Alaska miles to redeem flights on their partner airlines, such as JAL and Cathay Pacific.

For most Alaska partners however, redemption is restricted to flights to and from the USA.

That will all change once Alaska Airlines becomes a full oneworld member, with all oneworld partner routings available to members.

The airline can of course continue to apply routing restrictions to non-oneworld partners, like Singapore Airlines and Korean Air.

What does this mean for Alaska Mileage Plan?

Our readers will know this is a frequent flyer programme we love, despite its slightly limited coverage and occasional frustrating policy shifts.

We cautiously recommend buying Alaska miles in their 40% or 50% bonus promotions (there’s one running right now) for great value redemptions including Singapore to the USA in Cathay Pacific Business Class for 50,000 miles, or Hong Kong to London for 42,500 miles.

Our prediction though is that this development is almost certainly negative. Alaska Mileage Plan can’t remain the way it is as part of oneworld. It is too generous for earning rates when you fly with a partner airline, and offers very competitive premium cabin redemptions with leading oneworld airlines like Cathay Pacific and JAL.

The earning rates will probably have to be slashed, otherwise every oneworld member will credit miles to Alaska for their future redemptions. The programme’s generous accrual rates are likely untenable once the airline attains full oneworld member status.

In this part of the world at least, redemption rates will have to increase. It is not tenable for Alaska to be offering one-way Singapore to Tokyo flights in Business Class on JAL for 25,000 miles when the cost with fellow oneworld members is starkly higher (Asia Miles: 61,000, Avios: 62,000).

Two oneworld carriers in the USA will also be an interesting setup, with some mooting that this announcement paves the way for a full merger between Alaska Airlines and American Airlines in due course.

What about Alaska’s other partnerships?

Alaska currently has 18 airline partners, seven of which are currently oneworld or oneworld connect members.

Partnership also includes airlines in other alliances – Korean Air for example is part of SkyTeam while Singapore Airlines is in Star Alliance and Emirates isn’t part of one of the ‘big three’ groups.

As an airline, it’s not impossible to have partnerships with carriers outside the alliance you belong to (or join). British Airways for example partners and codeshares with China Eastern, while Qantas partners with Air France-KLM. Both of those are SkyTeam member airlines.

Alaska Airlines has stated that “agreements with our current valued Global Partners will continue uninterrupted”.

It remains to be seen which partnerships outside the oneworld alliance Alaska is able to retain once it joins. There is almost certainly some ‘politics’ involved here.

There had been rumours that Alaska would join this alliance as a ‘oneworld connect’ member, though this latest surprise news is that it will instead seek a more costly full membership arrangement.

“Roundly pessimistic” is about the best way we can describe our feelings over Alaska Airlines’ upcoming full membership of the oneworld alliance.

This change will probably come as good news for the airline’s MVP Gold and MVP Gold 75K members, who will likely find oneworld Sapphire and Emerald status membership cards dropping onto their doormats in mid-2021.

For our readers in Asia though, the vast majority of whom are not elite status members in the Alaska scheme, we predict poorer earning rates, changes to award pricing and potentially some partner agreements ceasing once the airline joins oneworld.

There is simply no way the alliance will allow such generous earning rates and competitive partner redemptions, some of which are not even with oneworld carriers, once full membership takes effect.

The main questions are:

If Alaska Airlines adopts a single award chart for oneworld airline redemptions, in the same way Singapore Airlines prices Star Alliance awards for example, there could be a serious devaluation of Alaska miles coming for our readers.

It might not all be bad news, but if you currently credit your Singapore Airlines Business Class Auckland trips, for example, to Alaska Mileage Plan – don’t expect 225% mileage accrual rates and a single round-trip SIN-AKL-SIN giving you enough miles to redeem a one-way JAL Business Class from Singapore to Tokyo.

The future of the Alaska Airlines Mileage Plan scheme is bleak. Mark our words.

Leave a Reply <a rel