Skip to content
Scoot has re-started flights to mainland China, but the 375-seat Boeing 787s won't have any passengers or cabin crew on board 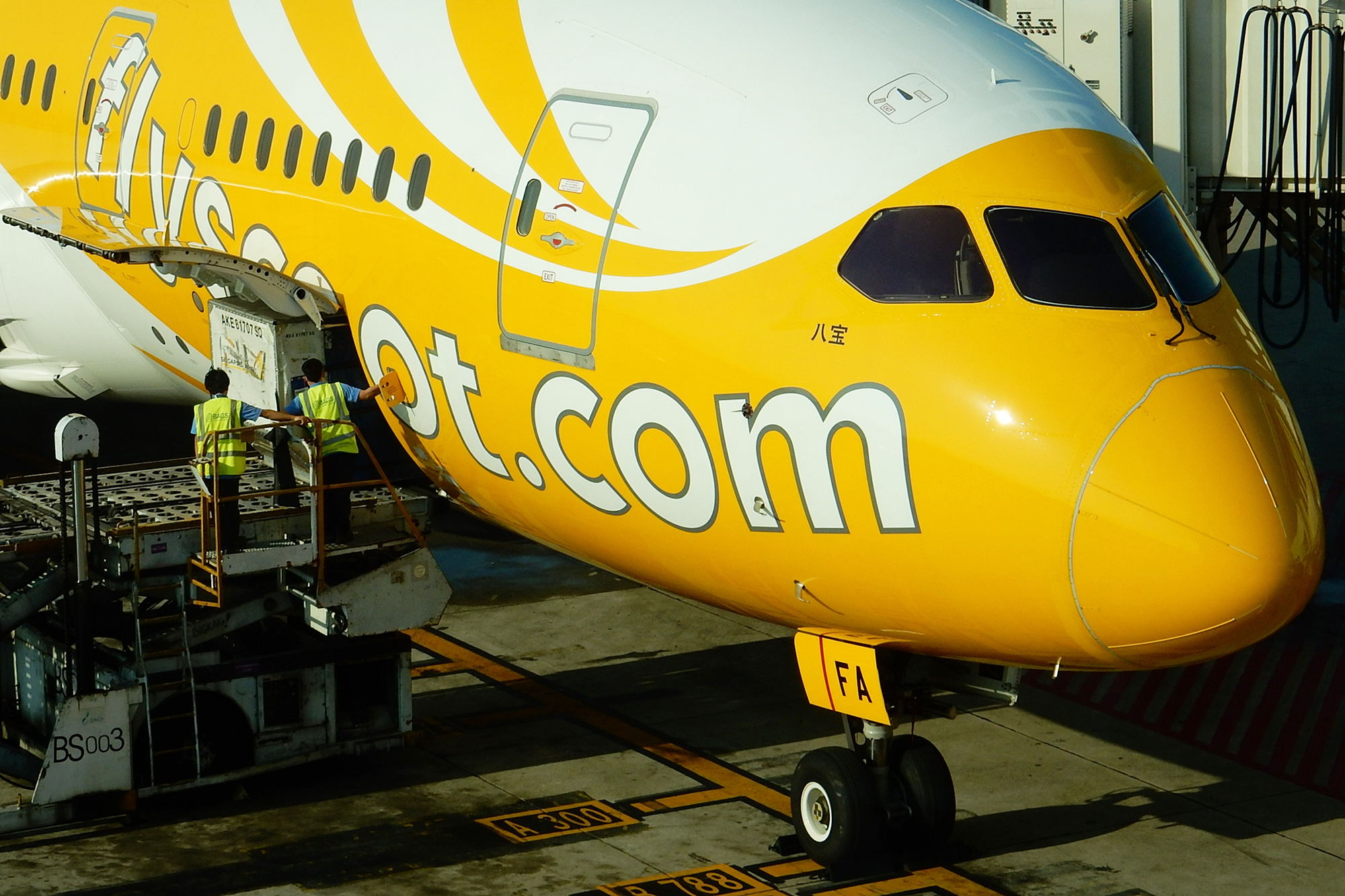 Like many other carriers, Singapore Airlines’ budget subsidiary Scoot all but ceased operating its mainland China network early last month due to the COVID-19 outbreak, with Singapore refusing entry or transit to new visitors from the country.

Those rules remain in force, so it’s interesting that just a few hours ago a Scoot Boeing 787-9 (9V-OJA) departed from Changi for Nanjing, China under its regular flight number TR180, at the regular daily departure time of 10.30am. 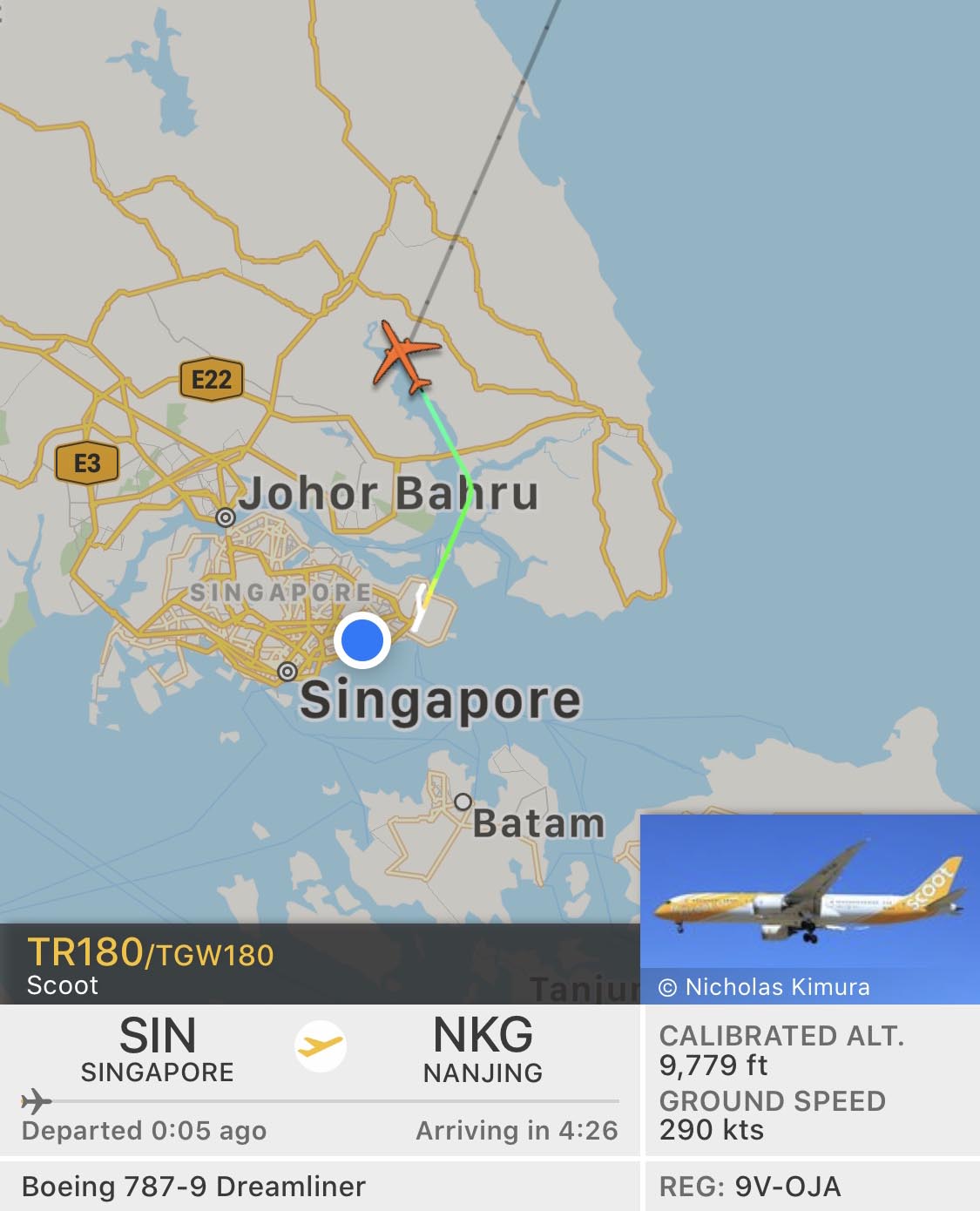 This is the first time TR180 has operated since early February 2020, when Scoot suspended its mainland China flying programme.

So what’s going on exactly?

These are cargo-only flights

The 375 passenger seats on this Boeing 787-9 will all be empty for these flights. Scoot is instead operating with just two pilots on board, however the underfloor cargo compartments are filled with valuable freight travelling to and from the Jiangsu province, which has the second-highest GDP of any region in China.

The country is suffering from a significant shortage of goods supply since most airlines cancelled their flight schedules last month. While dedicated freight aircraft have continued to operate, by far the highest volume of cargo to and from China (and anywhere in the world for that matter) actually travels in the cargo compartments of passenger aircraft – and many of those have been missing from the skies for weeks now.

Fun fact: Three out of every four tonnes of cargo Singapore Airlines carries each year travels in the underfloor holds of its passenger aircraft, rather than on its seven dedicated freighter jumbos.

Similarly supply chains across Asia rely on Chinese-made components, so Scoot will no doubt be shipping parts between Nanjing and Singapore this afternoon to help industries here and elsewhere in the world, now that China is ramping up its factory output.

Foxconn, China’s largest exporter, said last week it expects the country’s production levels to return to normal by the end of March 2020. Huge numbers of employees are now heading back to work after being temporarily stuck in their home towns since the start of the Lunar New Year holiday.

Schedule data shows that these Nanjing cargo flights (TR180/TR181) will operate two days per week (Wednesdays and Saturdays) between now and the end of March 2020.

The airline will also mount cargo flights to and from Guangzhou under the regular TR106/TR107 flight numbers and timings on Saturdays and Sundays until the end of March 2020.

We would expect more such flights extending into April 2020 and beyond to keep the fleet busy and some vital revenue coming in, with other airlines potentially doing the same while passenger flights to and from China remain unfeasible due to the travel restrictions in force.

Tentatively Scoot’s mainland China flights are open for passenger booking from 26th April 2020, though this is subject to change depending on travel restrictions being lifted.

A return to mainland China for Scoot, though perhaps not in the way many people would have expected. Flying the under-utilised Boeing 787 fleet for cargo operations probably isn’t the most efficient way to operate them, however it does bring some revenue for the group at this difficult time.

With active COVID-19 cases in mainland China now at a five-week low and almost no new cases being reported in the country each day, industrial production is rapidly restarting and factory output is rising again.

We may see even more cargo-only flights using passenger aircraft in this market over the coming weeks and months. With the COVID-19 spotlight now moving to Europe and the USA, and cautious optimism that the China’s outbreak has ‘passed its worst’, Scoot and others will be eager to start loading passengers on these flights again as soon as they can.