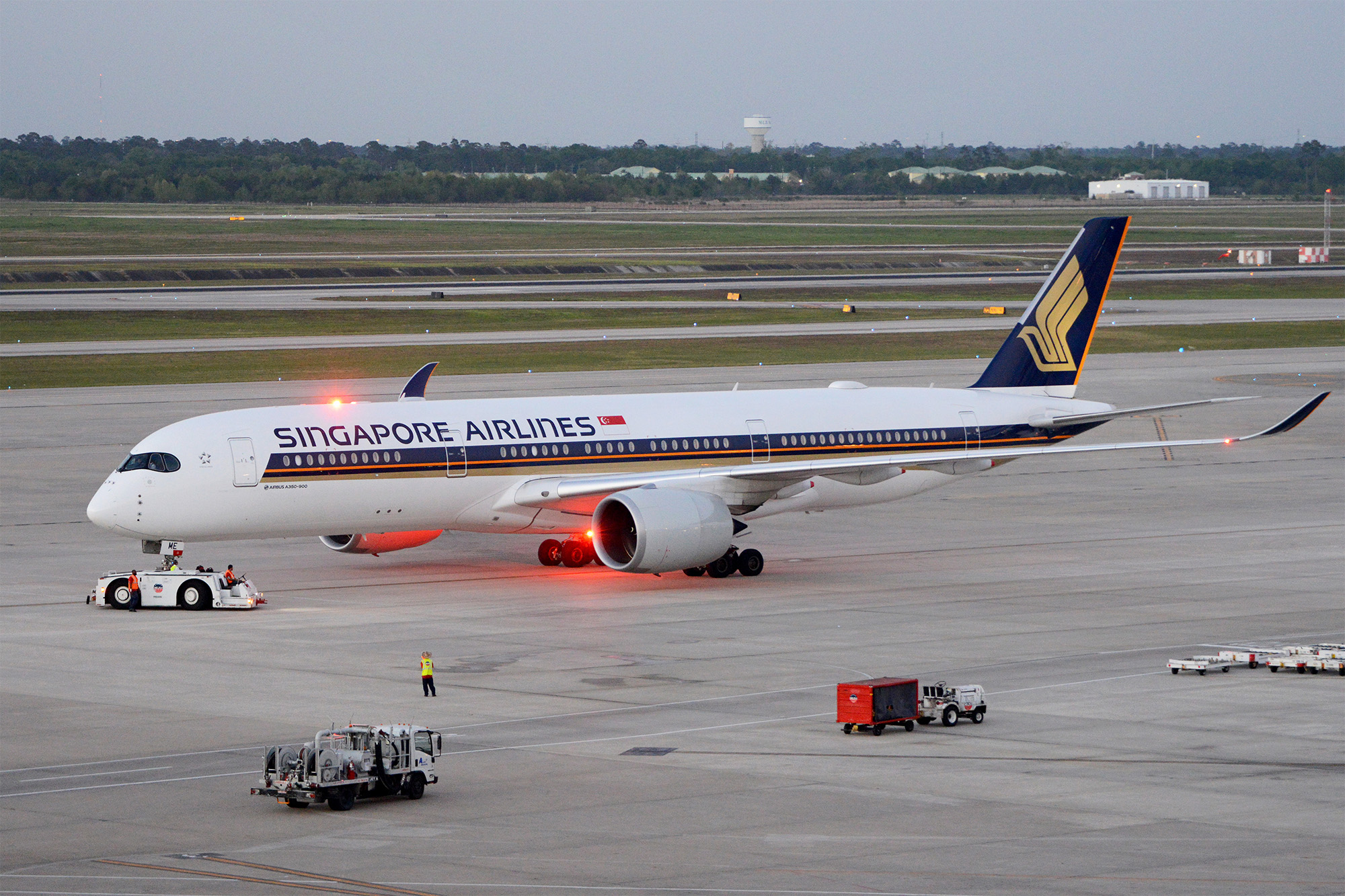 In a newly expanded list of countries with travel restrictions imposed by the Singapore government on 13th March 2020, now including European coronavirus ‘hotspots’ Germany, Italy, France and Spain, Singapore Airlines has been forced to cancel a significant number of services to the region.

Airbus A380 services from Singapore to New York JFK via Frankfurt will also be suspended.

Due to large outbreaks of coronavirus in these four countries, the Ministry of Health (MOH) announced that from 11.59pm on Sunday 15th March 2020 visitors from Germany, Italy, France and Spain will not be allowed to visit or transit through Singapore.

Singapore citizens, permanent residents and long-term pass holders with travel history to any of these countries in the last 14 days will be issued with a stay-home notice on arrival, and will therefore have to remain at home for 14 days after returning to Singapore.

The following services to and from these four countries will be cancelled until further notice.

Note that services between Singapore and Milan, including those continuing from Milan to Barcelona, were already suspended in early March 2020.

Not announced formally by Singapore Airlines at the time of writing, however Denmark’s new border closure policy means SIA’s flights will not be commercially feasible and GDS already reflects SQ352/351 service cancellation from 16th March through 31st May 2020.

This is in line with the provisional service suspension dates SIA has applied to other affected European destinations like Paris and Frankfurt. The route is no longer bookable between these dates via singaporeair.com.

Other European services are not affected at this stage, though some frequencies have been reduced. That means even after the above cancellations take effect, you’ll still be able to travel on SIA flights to and from:

Latest: Just as we published this article, New Zealand announced that all visitors would need to self-isolate for 14 days on arrival in the country from midnight on Sunday 15th March. Further flight cancellations on those routes are now likely.

These cancellations are in addition to a wide range of global service reductions already announced by the airline, and add 1,298 cancellations to the previous 190 cancelled to and from the Europe region between now and the end of May 2020.

Here’s how the service reductions look by month for each airline between March and June 2020, in addition to over 700 cancellations that occurred in February 2020.

Note that the Singapore Airlines flight cancellations list does not currently reflect full suspension of the Copenhagen route. We have included it however in the cancelled flight totals below.

Overall, Singapore Airlines had originally planned to operate around 32,000 flights during this four-month period, so the cancellation rate for the airline by flight volumes averages at 21.1%.

SilkAir had planned 14,000 sectors, giving them a cancellation rate by flight volumes of 17.7%.

Service suspensions now also extend into June 2020, with a smaller number in July and August (not shown).

Cancellations peak in March, with nearly 27% of Singapore Airlines flights (more than 1 in 4) and 34% of SilkAir flights (1 in 3) originally scheduled now not going ahead.

These new Europe cancellations spanning into April and May 2020 mean SIA’s total flight volume cut of over a quarter continues into those months.

Aside from the new Europe cancellations, North Asia sees a significant jump in April since our last update, with most service suspensions to and from China now extended throughout that entire month (as we predicted).

As with SIA mainline operations, almost all of SilkAir’s China flights (North Asia) are now cancelled in April, almost doubling the cancellation rate that month compared with the last update.

Southeast Asia still takes the biggest hit of SilkAir cancellations, representing 63% of the total over the four-month period.

If you’re booked on one of the affected flights to or from Europe, Singapor