Skip to content
With Singapore Airlines scaling back to a handful of daily flights due to coronavirus, we look back at busier times... in 1976 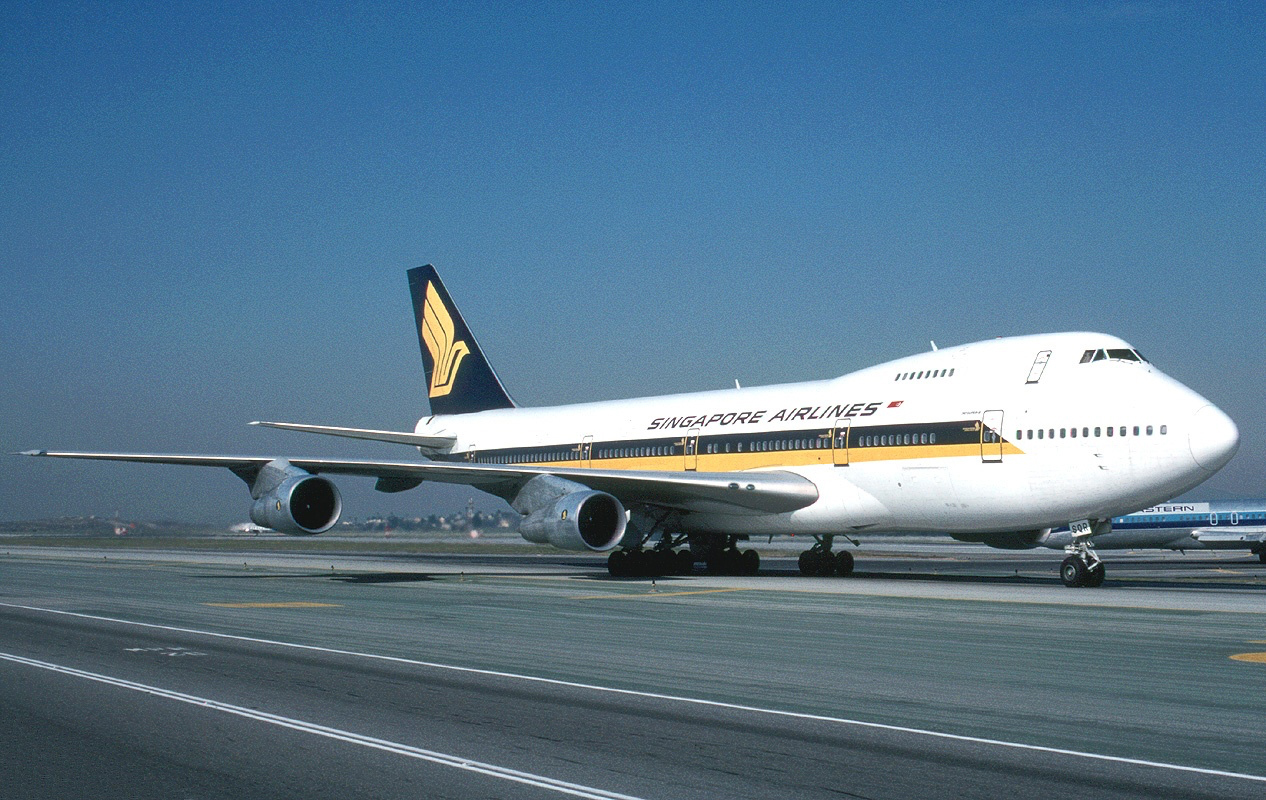 As our national carrier has almost completely suspended operations this month, we decided it was a good time to reflect on some of the great history Singapore Airlines has enjoyed over the years, even in its early days of operation just a few years after splitting from Malaysia-Singapore Airlines (MSA) in 1972, the start of the process that made SIA what it is today.

Airline Timetable Images kindly hosts a scanned copy of the Singapore Airlines passenger and freighter timetable from summer 1976, which came into effect almost exactly 44 years ago.

Regrettably of course given the COVID-19 situation, it was a far bigger network in summer 1976 than the airline is currently flying, however it was a far cry from today’s ‘usual’ SIA with only 27 destinations compared with the normal 2020 network of 65+ global cities.

Four years after splitting from MSA, the Singapore Airlines we all now know and love was still in its relative infancy during the May – October 1976 summer season.

Printed airline timetables were common across the world right up until the early 2000s, but soon stopped being produced by most airlines as the internet and mobile apps largely replaced any necessity for these.

Some airlines like Delta, JAL and ANA still produce PDF timetables for you to download from their websites, but most including SIA no longer bother.

The network spanned 28 destinations across 23 countries, with cities from London through to Auckland on the roster, however US services (with passenger aircraft at least) were still three years away.

Back then these resembled railway timetables more than the airline schedules you see today, with each route or series of routes shown in a directional sense with the flights in columns and the stops / times in rows. A completely separate table showed the timings on the same routes in the opposite direction.

This was a fairly logical way to display the schedules in 1976, when the same aircraft typically made several stops on its journey from origin to ultimate destination – much less common today with the vast majority of Singapore Airlines flights flying simple point-to-point services.

If you wanted to fly from Singapore to London for example, the easiest way was to find the flights that ended up there (from the last row of the timetable you can see there were seven each week).

They all departed from Singapore at 8.30pm each evening but with different flight numbers and usually a slightly different routing day by day.

Fun fact: Your best bet for getting some sleep on a Singapore – London flight in 1976 was probably to take one of the Tuesday, Wednesday, Thursday, Friday or Sunday flights that went via Bangkok then took a long 6.5-hour overnight non-stop leg to Bahrain (yes, 6.5 hours was long in those days!). Monday and Saturday departures meant taking in an extra stop in India.

SIA had a separate timetable for its multiple short hops to and from Kuala Lumpur and Brunei, covering 122 flights per week on these routes.

Interesting to note that SIA was already flying 52 flights per week to Kuala Lumpur, not far off the 69 the airline (normally) flies per week today, including SilkAir’s services.

Fun fact: 50 minutes was the scheduled flight time (gate-to-gate) between Singapore and Kuala Lumpur in 1976. Today, most flights on this city pair are scheduled at 1 hour to 1 hour 10 minutes. Planes haven’t become slower – longer taxi times and more complex airborne routings due to higher traffic volumes are to blame.

The timetables also showed what kind of in-flight meal would be served sector-by-sector.

As you can see in this example of a Singapore to London flight, a light meal was served between Singapore and Bangkok, followed by ‘substantial refreshments’ (whatever those are!) from Bangkok to Bahrain.

The following morning it was breakfast between Bahrain and Rome, then refreshments from to Frankfurt (except for new joiners in Rome who were treated to breakfast), followed by yet more refreshments between Frankfurt and London.

A total of five meals on the nearly 22-hour journey, assuming you wanted them all!

Only the longest non-stop flights on the network (Singapore to and from Sydney and Melbourne) offered two meal services on the same flight, depending on the time of day.

Work had started on preparing Changi Airbase as the site for Singapore’s new international airport in June 1975, almost a year before this timetable was in effect, however it would be a further five years before SIA’s operations moved across to the new airport.

That means all the flights you see in this timetable operated to and from what is now Paya Lebar Airbase (opened in 1954 as Singapore International Airport and operated under that title until 1981 when Changi commenced operations).

Today Paya Lebar is almost exclusively used as a military base, but also acts as an alternate airport for Changi (accepting flight diversions if necessary) and is home to a SASCO heavy aircraft maintenance facility, so it does see occasional civil aircraft operations.

Similarly, think ‘Kai Tak’ when you see Hong Kong mentioned in these timetables, ‘Don Mueang’ for Bangkok and ‘Itami’ for Osaka.

The Boeing 707 fleet was the airline’s workhorse in 1976, with 10 passenger variants in service plus one dedicated freighter.

Don’t be confused by the Boeing 707-320B / -320C designations in the table above, the ‘C’ model could simply be converted between passenger and freight operation while the ‘B’ was a passenger-only aircraft. SIA only used one of it’s ‘C’ models as a freighter in 1976.

The passenger aircraft alone flew 189 flights per week (close to an average of three flights per aircraft per day). With a range of up to 5,000 miles, Sydney was well within reach and was the longest non-stop flight from Singapore, while Singapore to Kuala Lumpur was the shortest hop.

Despite mostly operating in the Asia-Pacific region, the passenger Boeing 707s also made two weekly trips to Europe. Starting in Perth at lunchtime every Tuesday and Saturday they would fly to Singapore then onward to Amsterdam via Colombo, Dubai and Zurich.

It was then an identical routing in reverse landing back in Perth in the early hours of Friday morning and Tuesday morning respectively, the whole round-trip taking 2.5 days in total.

Most of SIA’s Boeing 707s were second hand from US carriers Continental (now United) and Braniff (now defunct). Two aircraft had come from Qantas and the three Boeing 707-320Bs were delivered new to Malaysia-Singapore Airlines in the late 60’s. They remained in the fleet until the early 1980s.

Unlike Singapore Airlines today, which has a fleet of seven dedicated Boeing 747-400 freighter aircraft as its ‘pure’ cargo workhorse, back in 1976 the airline had just one Boeing 707 freighter in its fleet.

The aircraft had a regular weekly flying schedule, setting off from Singapore just after midnight every Monday morning, destined for Amsterdam via Dubai.

After landing back in Singapore the following afternoon via the reverse routing, the aircraft had a day off before departing again in the early hours of Thursday morning for Los Angeles via Hong Kong, Guam and Honolulu.

The reverse of that routing saw the aircraft back in Paya Lebar just before 2am on Saturday before one last sortie to Paris via Bahrain just a few hours later, returning via Zurich and Bahrain at 5pm on Sunday evening ready to set off on the same schedule again just 7 hours later.

As you can see from the timetable, Singapore Airlines also had a joint cargo flight with KLM during May 1976, however this was operated by one of the Dutch carrier’s DC-8s, a type never used by SIA.

Only 30 Boeing 737-100s were ever built, with SIA operating five of them including the last one ever delivered. Most airlines then opted for the larger and longer-range 737-200, though SIA never ordered those.

The Boeing 737 is set to rejoin the Singapore Airlines fleet with the eventual merger of SilkAir into the mainline carrier in the coming years, though it’s uncertain whether the timeline and arrangements will now shift as a consequence of COVID-19.

Fun fact: Tradewinds Charters, a wholly owned division of Singapore Airlines, was set up in 1976 – the same year this timetable was published. It sub-leased SIA aircraft to begin with, not becoming an airline in its own right until 1989, but later went on to become SilkAir.

The five Boeing 747-200s in the SIA fleet were its main key to Europe, higher density North Asia routes, and the ‘Kangaroo Route’ linking the UK with Australia.

As you can see even getting to Tokyo wasn’t a simple affair in 1976, with at least two stops involved whether you took the Boeing 707 or the Boeing 747-