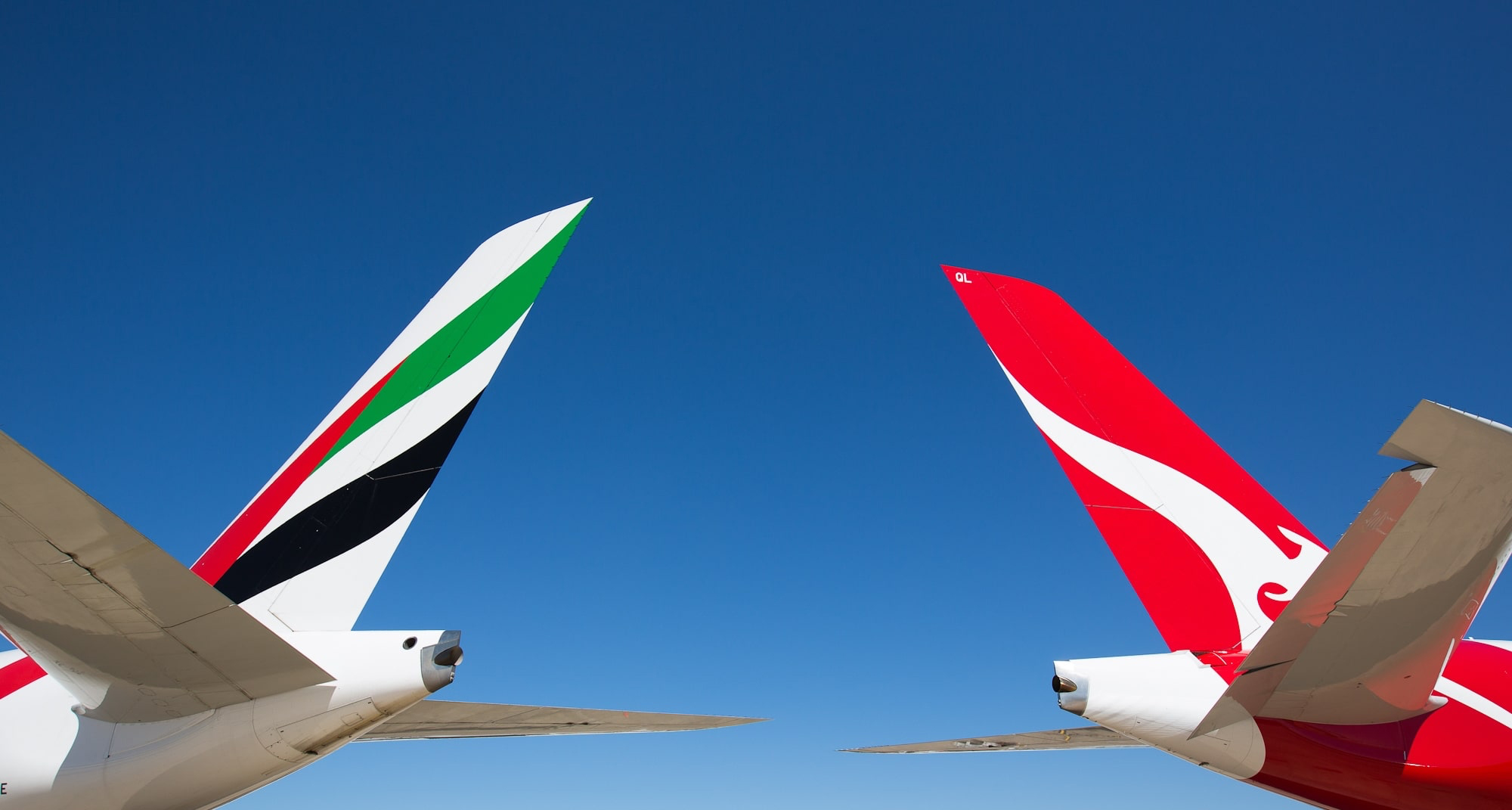 Australia’s Qantas launched its full alliance with Middle East giant Emirates back in April 2013. It’s a partnership that has continued to this day, however the airline has just advised its frequent flyers that it will be changing the way Emirates flights are priced when redeemed using Qantas Frequent Flyer points.

This will result in some significant increases and will also prevent you from combining a mixed Qantas-Emirates itinerary at the usual Qantas redemption rate.

How it works now

As you can see this chart also applies to other Qantas partners including Jetstar, Fiji Airways and American Airlines.

This award chart has the lowest rates, so it was good that Emirates flights were also included.

For bookings made from 1st September 2020, Emirates is being shifted to the airline’s more expensive ‘Partner Classic Flight Reward’ table, also applicable for redeeming Qantas points on many oneworld airlines like British Airways, Cathay Pacific and Qatar Airways.

This will unfortunately remove the (happy) disparity on some routes where redeeming Qantas points was actually cheaper than redeeming Emirates Skywards miles.

For example Singapore to Dubai in Emirates Business Class is priced at 68,400 Qantas points compared to 72,500 Skywards miles.

That route will change to 75,000 Qantas points when booked from 1st September 2020, though remember you can always book up to the end of August 2020 for flights around 1 year in advance at the current rates.

If you’re using Qantas points to redeem Emirates flights from Singapore, there are some significant differences once this change kicks in. Here’s how the miles rates look based on a one-way award ticket:

In all cases these rates will now be higher than using Emirates Skywards miles to redeem, though you can only transfer into the Skywards programme in Singapore from American Express and Standard Chartered credit cards, with the latter at an unattractive ratio compared to a Qantas points transfer.

For our Australia-based readers it’s worse news, as not only are you more likely to have a Qantas Frequent Flyer balance, but you will no longer be able to make a redemption involving both Qantas and Emirates flights at the old Qantas rate from 1st September 2020.

That’s because once an airline in the partner reward table is included in the redemption booking, those rates supersede the Qantas ones for any flights in the itinerary flown on the partner airline, which will increase the cost and requires two award tables to be used.

As noted by The High Life, if you fly from Sydney to Singapore with Qantas and then connect to an Emirates flight from Singapore to London (via Dubai) in Business Class, you currently pay 144,600 points (Zone 10 from the single Qantas table). If you book from 1st September this will be priced at:

There are still some routes where it’s cheaper to use Qantas Frequent Flyer points than Emirates Skywards miles to redeem Emirates flights, including Singapore to or from Dubai in Business Class.

Unfortunately that won’t be the case once Emirates awards are moved into the regular partner chart from September this year, though there is still time to book well into 2021 at the current award rates.

We outlined some of the differences in our article here, which mostly focused on using Skywards miles. Unfortunately this rate hike when booking using Qantas points now outweighs these advantages over using Skywards on pretty much all routes.

Unfortunately this change also wipes out the better miles rate options when using Qantas points to fly on some Emirates services, for example between Singapore and Dubai in Business Class.

If you have Qantas points and intend to use them to redeem Emirates flights, remember to book by 31st August 2020 to still benefit from the current rates.

Hat-tip to The High Life