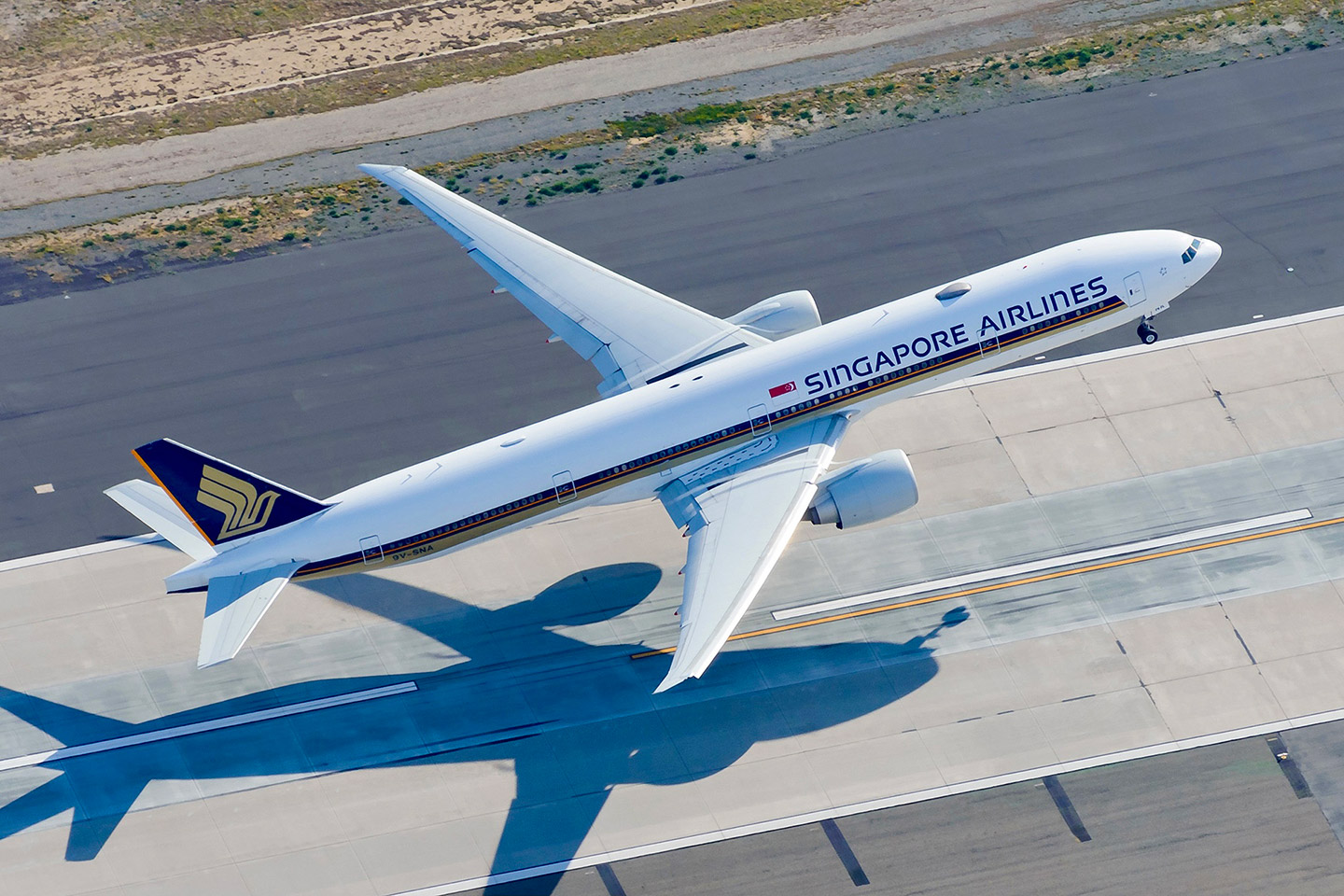 Singapore Airlines will fly passenger flights to 38 destinations by March 2021, operating at 20% of its pre-COVID capacity levels.

Singapore Airlines and SilkAir have announced their flight schedules through to the end of the northern winter season on 27th March 2021, adding almost two whole months to the previously confirmed route list. New cities have been added and frequencies increased in this latest update.

Overall the SIA Group will operate 20% of its pre-COVID capacity by March 2021, including the upcoming reintroduction of Airbus A350 ULR flights to and from the USA.

Sydney, Kuala Lumpur, Jakarta and London will be the three most frequently served destinations, each receiving two daily services, while 12 additional cities benefit from daily connections.

In total SIA and SilkAir will fly approximately 1,970 passenger flights during March 2021, their highest total since the pandemic hit, causing schedules to be decimated to a bare-bones operation with just 4% of usual capacity in April 2020.

Since our last update, when San Francisco, Shenzhen and Nagoya were added to the passenger network, the following additions have also been made:

Colombo flights are cargo-only from SIN-CMB due to government restrictions, but carry passengers on the CMB-SIN sectors, with three times weekly Airbus A350 Regional operation.

The reinstated Munich route, which was discontinued on 16th March 2020 and had been upgraded to Boeing 777-300ER operation for a month or so at the time, will be restarted using 3-class Airbus A350s in common with all other European cities.

Here’s a map of the 24 Asia-Pacific destinations Singapore Airlines will be serving by March 2021.

In addition, three US destinations, nine European cities, Istanbul in Turkey and Johannesburg in South Africa will be served, including the most recently announced A350 ULR addition – San Francisco.

Singapore Airlines will be running the following passenger route network between 1st January 2021 and 27th March 2021, with 38 cities served.

All routes not listed below are cancelled during this period, or will have cargo-only operation.

Notably Hong Kong drops from a planned 10 flights per week to 7 per week, not surprising given the continued postponement of the city’s Air Travel Bubble with Singapore.

As part of a recent reshuffle of routes within the Group, you may also have noticed that SIA’s Surabaya and Taipei flights have been discontinued. These now have daily service with low-cost subsidiary Scoot.

There are now 10 European routes, with the forthcoming reintroduction of Munich services in January 2021. London Heathrow is by far the carrier’s busiest route in the region, with two daily flights.

Recently SIA even reopened its SilverKris lounge at Heathrow Terminal 2, the first SKL facility to come back outside Changi and now only one of two worldwide in operation (though three of these lounges won’t be returning after COVID-19).

Note that from the start of the summer season on 28th March 2021, a more regular schedule is loaded including aircraft types no longer in service (e.g. Boeing 777-300), so we have not included this information in the tables above, as it should be regarded as provisional.

Once the flight schedule to the end of April 2021 is published, the last four days of March 2021 should also be updated.

Next week sees a return of the non-stop Singapore – San Francisco route, and with it the reintroduction of the 2-class Airbus A350 ULR variant into service.

Initially planned three times weekly, from February 2021 this service will be hiked to six times per week, making it the carrier’s busiest USA route.

SilkAir will be running the following passenger route network between 1st January 2021 and 27th March 2021.

All other SilkAir routes not listed below are cancelled during this period.

SilkAir continues to operate and plan its passenger flights exclusively using its Boeing 737-800 aircraft, with the carrier’s Airbus A319s and A320s in storage.

Despite the regional carrier’s intention to start weekly flights to and from Da Nang, Vietnam, only one single service operated on 29th November 2020, after which the flight was suspended.

Malé flights have gone ahead as planned though, despite no formal ‘travel bubble’ being established. The route supports transit traffic and those visiting the Maldives must have a pre-departure negative COVID-19 PCR test in order to check in for their flight. On return to Singapore, local residents still need to serve a 14-day SHN period at the time of writing.

There have also been cuts to the carrier’s Cebu and Medan flights, from two flights per week to a single weekly service in both cases, and the Penang route has been handed over to Scoot for now as part of the recent network review.

On the positive side, three times weekly Phnom Penh flights with SilkAir are now running every day.

Boeing 737-800 flights not yet confirmed

Singapore Airlines has already confirmed that as part of its full merger of SilkAir into SIA, the first batch of Boeing 737-800 aircraft will be moving across to the mainline carrier during the January – March 2021 period.

No Singapore Airlines-operated Boeing 737-800 flights have been loaded into the schedules yet, but we expect this to be done closer to the time once the initial few aircraft have formally moved onto the airline’s Air Operator Certificate.

As for the Boeing 737 MAX 8, which has now been cleared to fly by the US Federal Aviation Administration (FAA) subject to software modifications and additional pilot training, there is no sign of the Civil Aviation Authority of Singapore (CAAS) being in a rush to follow suit, while the European Aviation Safety Agency (EASA) is currently finalising its recertification programme.

Six of these aircraft are stored at Alice Springs Airport in SilkAir colours, but are due to join the mainline SIA fleet along with 31 others on order, and should see the advent of flat-bed seats in Business Class for the narrow-body fleet.

CAAS tends to follow EASA regulations more closely than FAA ones, and is unlikely to approve the Boeing 737 MAX re-certification before the European agency does so in mid-January 2021.

That means we should see the return of the MAX in the first half of next year, but not necessarily in this newly announced schedule window.

Another progressive schedule increase from Singapore Airlines in early 2021, despite border closures almost completely preventing leisure travel across the majority of the network and the unfortunate ‘false start’ to the first leisure travel bubble with Hong Kong last month.

With capacity slowly returning to around 20% of previous levels, from the dark days of just 4% in April 2020, and approval coming through across the world for COVID-19 vaccines, there is cause for some optimism as we move into 2021.

Airbus A350 ULRs, a type we’d almost certainly have said only a few weeks ago definitely won’t see a return to service in 2020, will in fact take to the skies again with passengers from next week.

Introduction of Boeing 737-800s into the SIA fleet in the coming months will also improve flexibility and reduce operating costs, especially on cargo-light routes, and we’ll be very interested to see where on the network the type is initially deployed as these will not necessarily be former SilkAir destinations.