Skip to content
Hong Kong will suspend transits by passengers from almost all countries starting on 16th January, leading Singapore Airlines to axe its SQ7/8 San Francisco flights next week.

There’s bad news for almost everyone with flight bookings involving a transit at Hong Kong International Airport, with authorities there clamping down on the Omicron variant by almost completely shutting down the ability to transit through the hub for a month, starting this weekend.

The plan was originally reported by Danny Lee over at Bloomberg on Tuesday, but has since been confirmed by the local authorities.

From midnight (0.00am) on 16th January 2022 to 11.59pm on 15th February 2022, anyone with a 21-day travel history including one of over 150 ‘Group A’ countries, which Hong Kong considers high-risk and includes Singapore, will be unable to transit through the airport with any airline.

In order to control the spread of the highly infectious Omicron variant of COVID-19, from 16 January to 15 February 2022, passenger transfer / transit services via Hong Kong International Airport for any persons who have stayed in Group A specified place(s) in the past 21 days will be suspended.

The new restriction applies if you have either stayed in or transited through any of these countries in the last three weeks prior to your intended transit through Hong Kong.

This is an important restriction because, as one of Singapore’s Category 1 countries, VTL travellers can transit in Hong Kong on their outbound flights from Singapore to a VTL country without affecting their quarantine-free return eligibility, even when staying in VTL countries for less than 14 days.

Hong Kong first reopened for transit passengers on 15th March 2020, for flights operated either by the same airline or by different airlines under the same air ticket, provided passengers checked through at the origin airport with their boarding passes printed and baggage tagged through to their final destination.

Only final destinations in mainland China were excluded from the scheme.

Transit restrictions at HKIA were first tightened on 8th December 2021, when Hong Kong began requiring transit passengers to have a negative PCR test within 72 hours of their first flight departure, regardless of the testing requirement applicable for their final destination.

For those heading to the USA through Hong Kong, including on Singapore Airlines’ SQ8 service which makes a transit stop in the city, it then meant getting an expensive PCR test within 1 day of departure to satisfy both the destination requirement (USA requires ART or PCR 1 day before) and the Hong Kong transit requirement, or alternatively take two separate pre-departure tests!

Hong Kong later tightened its conditions for transit passengers further, requiring them to have a negative PCR test within 48 hours of their first flight departure from 24th December 2021, a policy which remains in force.

This new effective total ban on transit passengers for a month is therefore the latest in a series of increasing restrictions over the last few weeks, with Bloomberg’s report stating that it may be extended further if required.

Most people transiting through Hong Kong are travelling on a Cathay Pacific flight.

As far as the airline is concerned, this latest restriction means passengers on flights arriving from cities in China and Taiwan may continue to connect to onward flights through its Hong Kong hub, but those starting their journey from any other destination on the network will not be able to use Hong Kong as a transit point during this month-long period.

In response to the rising number of Omicron cases around the world, the Hong Kong Airport Authority has announced restrictions on the use of Hong Kong International Airport as a transit point.

From midnight on 16 January until 11.59pm on 15 February 2022, transfer and transit services at Hong Kong International Airport will be limited to passengers coming from non high risk places.

If you are affected by this change, Cathay Pacific says it will contact you via email with a range of options, including rebooking to a future date, obtaining a ‘Cathay Credit’ or requesting a full refund.

Unless the airline is able to offer an alternative routing via another airport, we recommend taking the full refund, since it’s not clear when you might be able to use a ‘Cathay Credit’ in future, given the Hong Kong Government’s strict COVID-19 stance.

Cathay is asking customers to ensure their contact details are up to date in the Manage Booking portal so that the airline can get in touch with you.

This new restriction is a big blow for the airline, which is already bearing the brunt of a two-week ban on flights into Hong Kong from eight countries – Australia, Canada, France, India, the Philippines, Pakistan, the UK and the United States.

New rules for air crew quarantine in Hong Kong have also forced the airline to dramatically slash its flight schedules this month, with cargo flights cut by around 70% and passenger flights by 80%.

At the time of writing (4pm Hong Kong Time on 15th January), we noted that only 11 Cathay Pacific aircraft are airborne around the world, compared to over 30 at the same time on 15th December.

Prior to this development, Singapore Airlines was already planning to give up on its Hong Kong transit for SQ8 flights from Changi to San Francisco, which makes a stop in the city dropping off and picking up passengers in the process.

The final service was already slated to depart Singapore on 29th January 2022, to be replaced by a three times weekly non-stop SQ31/32 service, which will also be a designated VTL flight on the SFO-SIN leg through to late October 2022.

The airline was also already operating its SQ7 flights from San Francisco to Singapore via Hong Kong as a non-stop service bypassing HKG since 8th January 2022, due to the Hong Kong Government’s directive to suspend entry of travellers into the city from the USA last week.

Due to the latest directive from [the] Hong Kong government, customers from Singapore and the United States will not be allowed to transfer through Hong Kong International Airport.

As a result, customers departing Singapore on SQ8 will not be allowed to transit through Hong Kong to San Francisco from now until 22 January 2022.

Singapore Airlines will now operate its remaining SQ8 service as two separate ‘terminator’ flights (SIN-HKG and HKG-SIN), with no through passengers permitted.

Additionally, the cancellation of the flight has been brought forward by a week, with the last service operating on 22nd January.

Subsequently, flights SQ8 and SQ7 scheduled between 25 to 29 January 2022 will be cancelled.

If you have an affected booking, Singapore Airlines will contact you regarding your travel arrangement alternatives, which are likely to include accommodating you on the carrier’s non-stop San Francisco services.

We will be reaching out to all affected customers to offer the necessary assistance. Singapore Airlines apologises for any inconvenience caused by this disruption.

What it means for VTL itineraries

With Hong Kong in Singapore’s Category 1 risk grouping, travel history to VTL countries including transits at HKG does not affect your eligibility to return on a designated VTL flight, even for short stays in VTL countries.

Effectively, you could fly from Singapore to New York via Hong Kong on Cathay Pacific, spend a week in the USA, then return to Singapore on a designated VTL flight. In this example, your 14-day travel history includes Singapore, Hong Kong (Category 1) and the USA (Category VTL), satisfying the requirements.

That’s led some of our readers to redeem award flights one-way on Cathay Pacific (e.g. SIN-HKG-SFO) then book or redeem one-way on another airline back to Singapore on a designated VTL flight (e.g. Singapore Airlines or United).

It’s a neat strategy to reduce costs or access better award availability for your preferred dates, but boy has it backfired for those yet to travel outbound!

There’s no doubt that with changing border restrictions like these, keeping your journey as simple as possible is a good plan.

By transiting in a third country, you’re at the mercy of changing requirements for both your final destination country and the transit point itself.

Remember that booking direct flights to VTL countries does not mean restricting yourself to a potentially expensive Singapore Airlines ticket. 40% of non-stop flights from Singapore to VTL countries are currently operated by airlines other than SIA, and these can often be cheaper.

Having said that, we would still personally be comfortable booking transit flights from Singapore via the Middle East hubs (Dubai, Doha and Abu Dhabi), provided we were:

Transit traffic is the lifeblood of the major Middle East carriers, making a transit ban by their respective governments very unlikely, compared to Hong Kong’s constant COVID regulation tightening apparently without any regard for its aviation industry.

The slight risk of changing in the Middle East on a 14+ day VTL trip is that you won’t be able to return to Singapore urgently if required without serving SHN (which itself may negate the point of coming back urgently!). 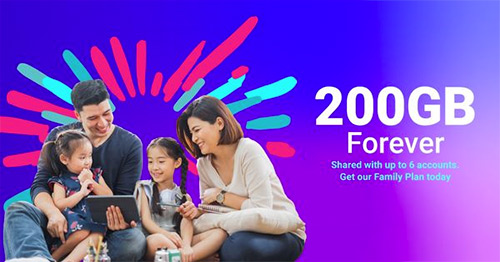 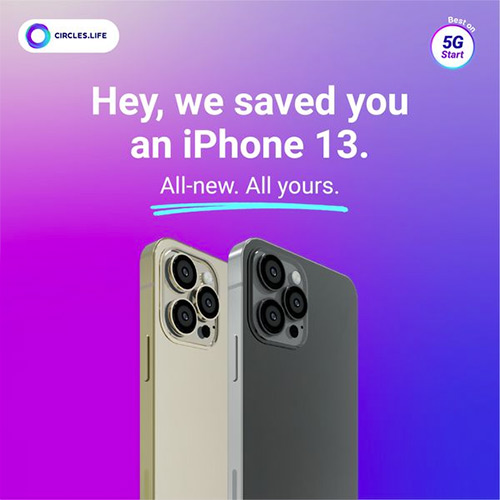 China, and by extension Hong Kong SAR, seems to be the last part of the world pursuing a “zero COVID” strategy, which to us seems a futile goal given the rapid global spread of the Omicron variant.

Cathay Pacific is certainly bearing the brunt of these strict border control policies, with the restrictions further tarnishing Hong Kong’s reputation as a global air hub.

For our readers one of the big downsides is the temporary removal of an alternative routing to VTL countries like the USA and Canada from Singapore, without spoiling any quarantine-free privileges.

If you’ve got one of those routings planned over the next month, you’ll now have to make alternative travel arrangements, with those flying on SQ7/8 to or from San Francisco likely reaccommodated onto direct services.

Singapore Airlines was already stopping its San Francisco via Hong Kong flights at the end of this month prior to this announcement, but has chosen to bring these plans forward by a week following this latest development.

Transits are probably going to be risky for a while, exposing yourself to potential changing border restrictions in a third country when travelling, but we wouldn’t let this decision by Hong Kong necessarily put us off transiting in Middle East countries where the circumstances allow it.

While flying non-stop from Singapore is certainly the easiest way, don’t forget that 2 out of every 5 direct flights from Changi to VTL countries are currently operated by carriers other than Singapore Airlines, so you can often still save money flying direct by simply choosing a cheaper option.