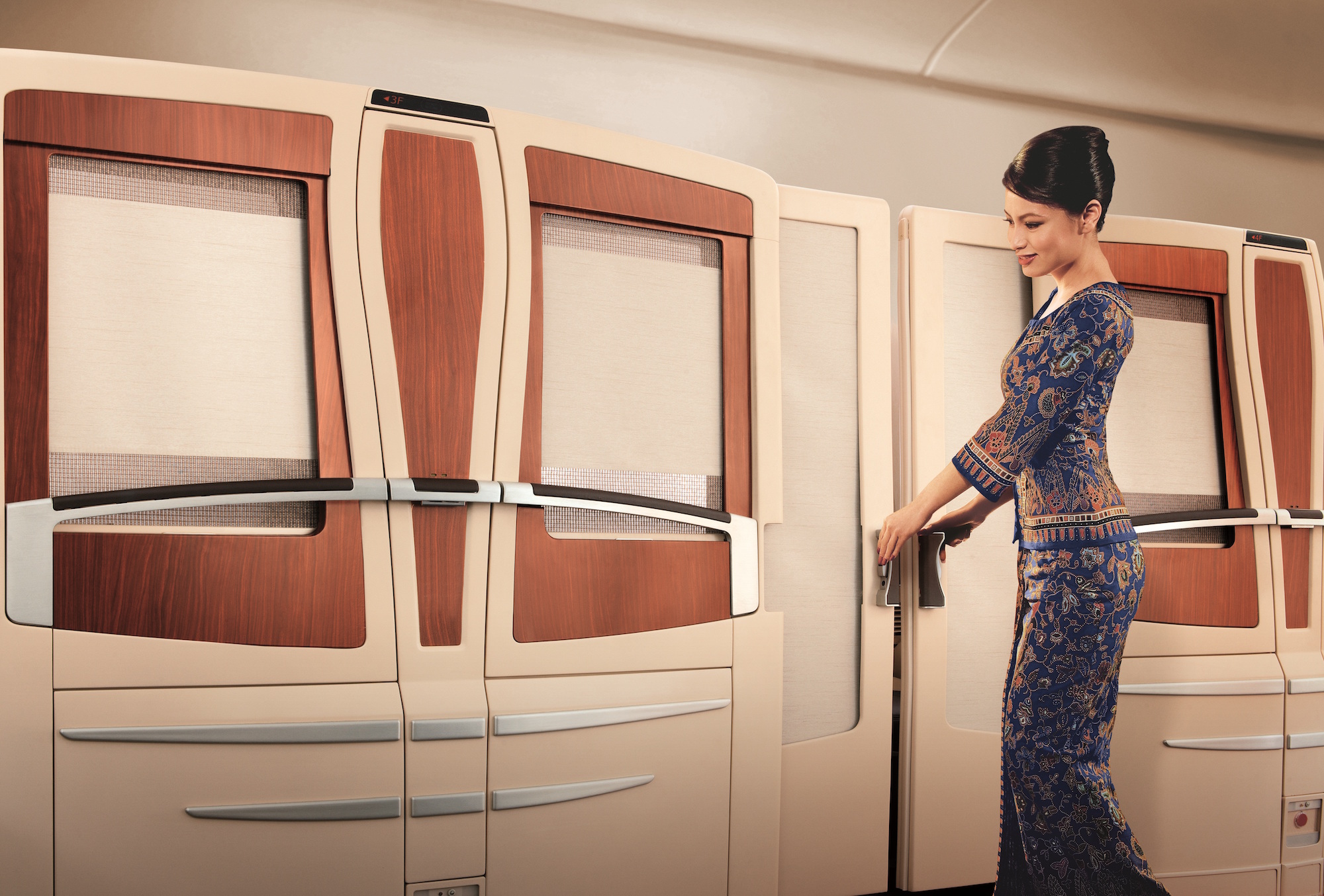 The older ‘Suites’ product known as ‘2007 R’ is still installed on most A380 aircraft. It features 12 fully enclosed suites located in the forward section of the main deck of the aircraft in a 1-2-1 configuration.

Eight of the suites are located individually by the window along the left and right sides of the cabin, while two middle pairs can be setup as individual suites or each pair can be combined into a spacious two person suite with a ‘double bed’ setup in the middle.

Even though it now plays second fiddle to the 2017 R suite, this seat remains a fantastic product despite its age and won’t disappoint if you’re a first timer.

You’ll have to be travelling on a Singapore Airlines A380 in ‘First / Suites’ which displays the following seat map:

If your A380 seat map instead shows a 1-1 layout in this cabin with six suites in total, you have the newer 2017 R (Suites) product.

For our tips on where to sit see our guide to the A380 Version 1 or Version 2. Both versions have an identical layout in this cabin.

Which aircraft 2007 R is fitted on