Skip to content
Singapore is largely left out - but new Lufthansa First Class availability outside the usual 15-day partner redemption window has appeared on lots of other Asia Pacific routes. 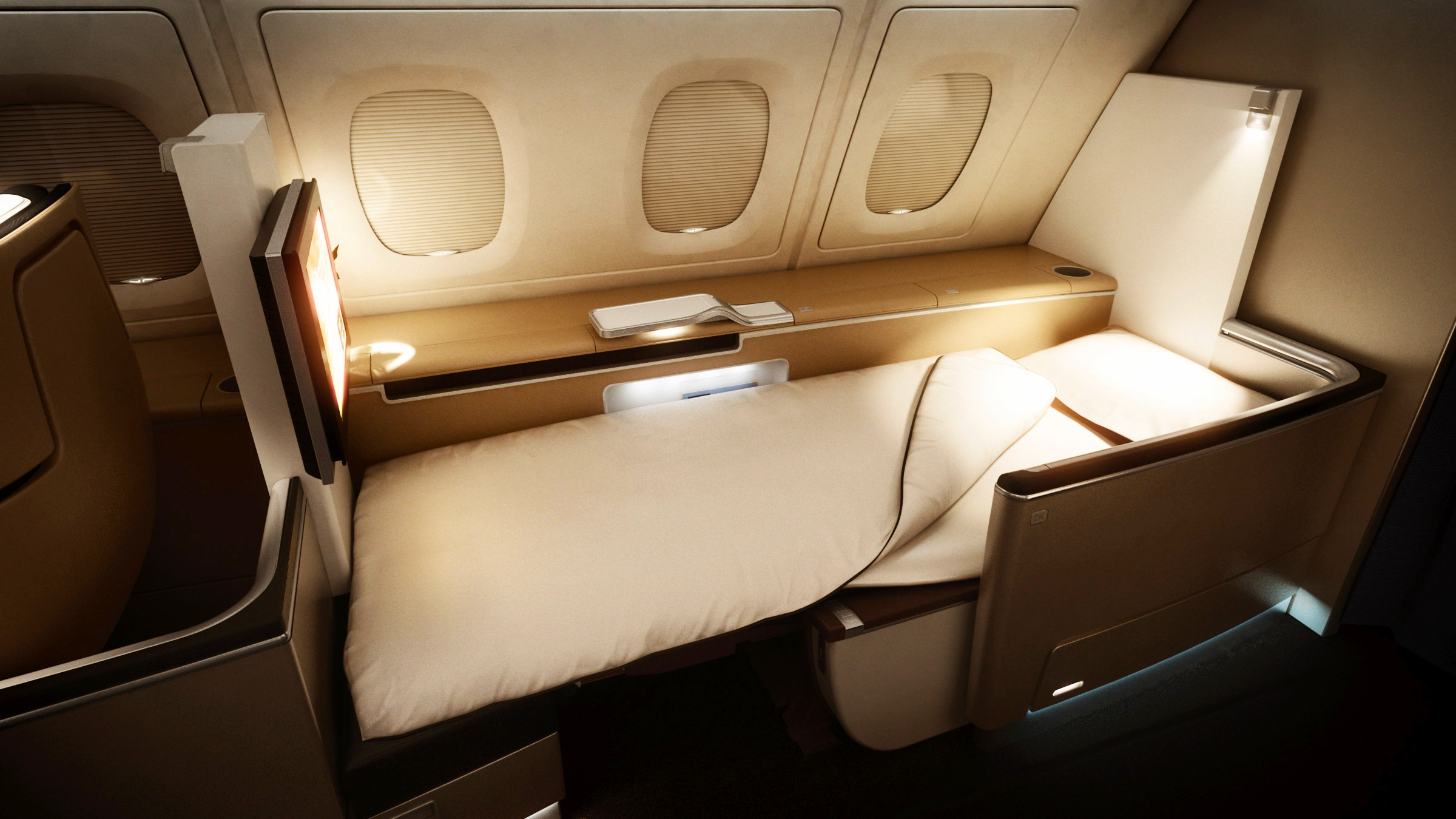 One of the more coveted first class products out there – indeed one on the wish list of many frequent flyers the world over – is Lufthansa First Class.

On the face of it the cabin pictures don’t look all that revolutionary – you’re certainly not getting fully enclosed suites or shower spa facilities here. Dig a little deeper however and you realise the product has earned a distinct reputation for impeccable service, fine food and an excellent on-ground experience.

If you’re lucky enough to be departing from Frankfurt in the Lufthansa first cabin there’s another added treat – their First Class Terminal.

That’s right – an exclusive terminal building dedicated to first class passengers. You’re greeted by your own personal assistant who escorts you through security and looks after your travel documents, then within minutes you’re enjoying an extensive bar and exquisite à la carte dining.

The added touch comes at the end of the visit – your assistant will come to collect you for your chauffeur driven limousine ride straight to the aircraft door when it comes time to board.

You can read more about the experience in this review.

As many of our readers will know Lufthansa traditionally held back award space for their first class cabins to members of other Star Alliance frequent flyer programs (like KrisFlyer) until around 15 days prior to departure.

Even then it was often slim pickings especially on popular routes like Singapore to Frankfurt where you had to be very flexible with dates to secure a seat – and good luck securing two!

Recently several blogs were reporting that award space has been showing up through these channels much further in advance on selected routes. Some flights between Europe and the USA appeared to no longer have the 15-day limit for partner award redemption in the Lufthansa First Class cabin, and indeed this extended to certain Europe – Asia flights too.

On Tuesday View from the Wing reported on another US route which previously hadn’t been showing up outside the 15 day window but which can now be booked months ahead.

Later that day Lucky at One Mile at a Time noticed it was far more widespread than that with many USA routes now open to instant redemption throughout the summer months.

We decided to take a look at the situation for Singapore-based KrisFlyer members to see if there was any advance availability showing on Asia – Europe flights and vice versa, as these are likely to be of the greatest interest to our readers.

For simplicity we actually stuck to South East Asia and East Asia destinations but Lufthansa do fly their first class product to India. If you’re interested you may wish to search availability on those routes yourself.

For whatever reason the Air Canada Aeroplan and United MileagePlus programs do not have access to this award space. Their systems still only show the Lufthansa First Class awards available over the next 15 days.

KrisFlyer and LifeMiles can see and book the space however. In all cases if you have sufficient LifeMiles that’s the way to go with these bookings as you’ll see below they not only significantly beat the KrisFlyer miles rates on these redemptions but also have a much lower cash cost as they don’t apply additional carrier fuel surcharges, only taxes and fees.

Note that LifeMiles currently have a 125% bonus promotion if you buy their miles directly which means at the top end you’re acquiring them for just under S$0.02 each. That makes a Lufthansa First Class redemption pretty attractive.

Before you rush to buy though – read our section at the bottom of this page ‘Is it Real?’ for some important analysis on ‘phantom’ award space!

First of all here’s a map of the routes you can fly Lufthansa First Class between Frankfurt / Munich and Asia Pacific destinations (excluding India).

Flights on these routes featuring the Lufthansa First Class cabin are operated by a mixture of the following aircraft:

Note that some other Lufthansa Asia Pacific flights are operated by the Airbus A340-300, Airbus A350-900 or 747-400 planes, such as the recently commenced Singapore to Munich route (A350), and these aircraft are not fitted with a first class cabin.

Availability searching was done using LifeMiles, with random verification on the KrisFlyer site.

First the bad news. Singapore – Frankfurt flights on the A380 are very popular in first class and Lufthansa rarely have to make many (if any) award seats available in this cabin. We found some seats inside the normal 15-day window on this route as usual – but after that it’s very slim pickings indeed between now and early May 2019.

These are the relevant redemption rates:

Taxes and fees are converted to Singapore Dollars (where necessary) at XE.com rates on 10th May 2018.

Redemption availability is as follows:

Don’t despair though, for other Asia Pacific routes it’s a much better situation.

There’s very little availability from Bangkok to Frankfurt (only 1 seat on Christmas Day), but a very decent amount of availability in the westbound direction from early 2019 if you’re heading back from Europe.

These are the miles rates applicable on this route:

Taxes and fees are converted to Singapore Dollars (where necessary) at XE.com rates on 10th May 2018.

Here’s what’s available on the award side:

Lufthansa First Class award availability on Hong Kong flights is broadly quite limited over the next year, with the exception of Munich to Hong Kong where we found a pretty healthy 63 redemption seats – concentrated between 25th May 2018 and the end of August 2018, then reappearing in April 2019.

Hong Kong is where you’ll get the biggest miles saving by using LifeMiles over KrisFlyer miles as the rate for Star Alliance first class redemptions on this route is over 20% lower.