Skip to content
Wide open award space to Hong Kong with a whopping 46 flat-bed business class seats on each plane, which will be used temporarily on the Singapore route before Cathay deploys them on long-haul services in September. 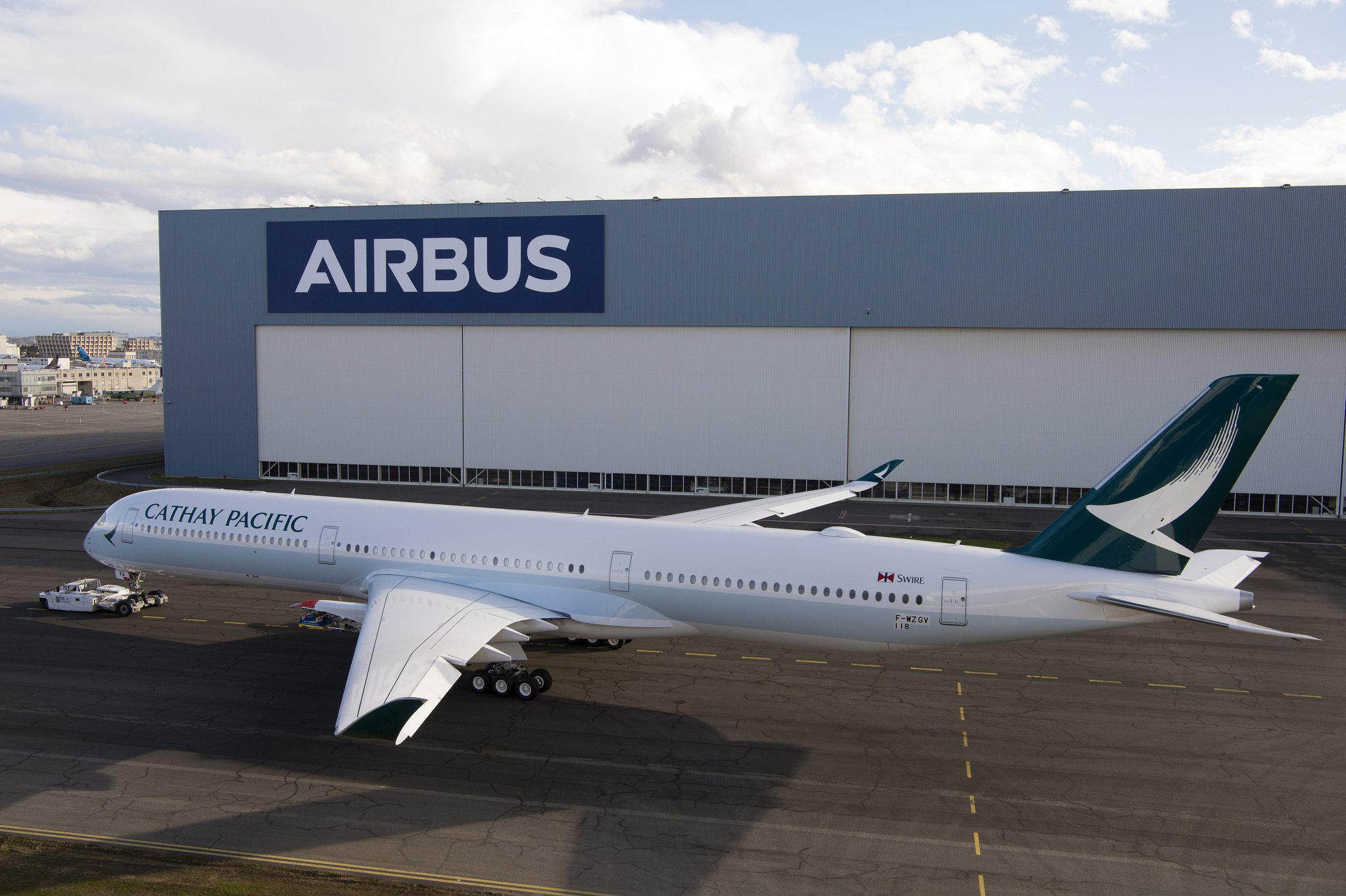 Hong Kong-based oneworld carrier Cathay Pacific has revealed its initial network of Airbus A350-1000 flights on regional routes will be brought forward by a month, now commencing on 1st July 2018 rather than the original plan which was to deploy these new aircraft from 1st August 2018.

It means the first commercial passenger A350-1000 flights to operate at Singapore’s Changi airport will be flown by Cathay – on 9th July with a service to Hong Kong.

Don’t get too excited though – these aircraft will soon be deployed on long-haul routes from Hong Kong and there’s only a 2-month window to fly on them from Singapore, mostly to Hong Kong but with the new type also appearing in the schedules on a few flights from Singapore to Hong Kong via Bangkok.

Only 44 flights with the A350-1000 have been scheduled to pass through Changi over a 2-month period between 9th July 2018 and 9th September 2018. To keep us on our toes Cathay have rostered this new plane on a variety of different flight numbers during that time, so providing a ‘simple’ schedule is impossible.

Instead here’s a table showing the flight numbers operated by the A350-1000 in each direction by date. Selected flights operate via Bangkok giving you an extra redemption option.

Cathay have 20 of these aircraft on order, the largest A350 variant and the largest twin-engine aircraft produced by Airbus. At 7 metres longer than the A350-900 it has significantly increased capacity.

If you’re interested in trying out the A350-1000 on other regional routes to and from Hong Kong then apart from Singapore you will also find it flying to and from:

While if you’re looking forward to the long-haul services with this aircraft it’s planned to fly from Hong Kong to:

The great news about Cathay using this aircraft on Singapore to Hong Kong flights is the significant increase in capacity, typically from 38 seats in business class on the A350-900 to 46 seats in that cabin in the -1000, not to mention increases in premium economy and economy class too.

We found ample availability using the British Airways portal for oneworld redemptions on these flights – so if you’re holding onto Asia Miles, Qantas points or Avios for example this is a good opportunity to try out Cathay’s long-haul business class product on a brand new aircraft. We reviewed the same product on their smaller A350-900 aircraft last year.

You’ll also be also to use Cathay’s excellent new lounge at Changi T4, which we also fully reviewed last year.

Here are the miles cost tables for both the Singapore to Hong Kong and Singapore to Bangkok routes (and vice versa in both cases) with some of the major oneworld loyalty programs.

Notice how competitive British Airways Avios points are for intra-Asia Cathay Pacific redemptions – it’s well worth holding on to a reasonable balance of these in our opinion and being able to transfer into Avios is one of the big benefits of the Citi cards in Singapore.

Remember if you are holding on to a stash of UNI$ in your UOB account there’s currently a promotion running until 9th June allowing you to transfer points to Asia Miles with a 20% bonus. You can also ‘generate’ Asia Miles at a competitive 1.67 cents per mile using the ‘PRVI Pay’ function if you have a UOB PRVI Miles card.

The key to this article is to take advantage of the improved award availability brought about by the increased capacity. Once you’ve secured a redemption you’re good to go. Be aware though that Cathay Pacific are masters at equipment swaps on regional flights even at the last minute, which could see you sitting in their far less luxurious regional business class on a 777-200 for example.

If you don’t have a subscription to ExpertFlyer or a similar tool to check this (and set up aircraft change alerts, etc.), you can check the aircraft type by making a dummy booking on the Cathay Pacific website.