Skip to content
EVA Air has announced its first long-haul European routes with the Boeing 787 to Vienna and Amsterdam, featuring the carrier's latest Business Class seats 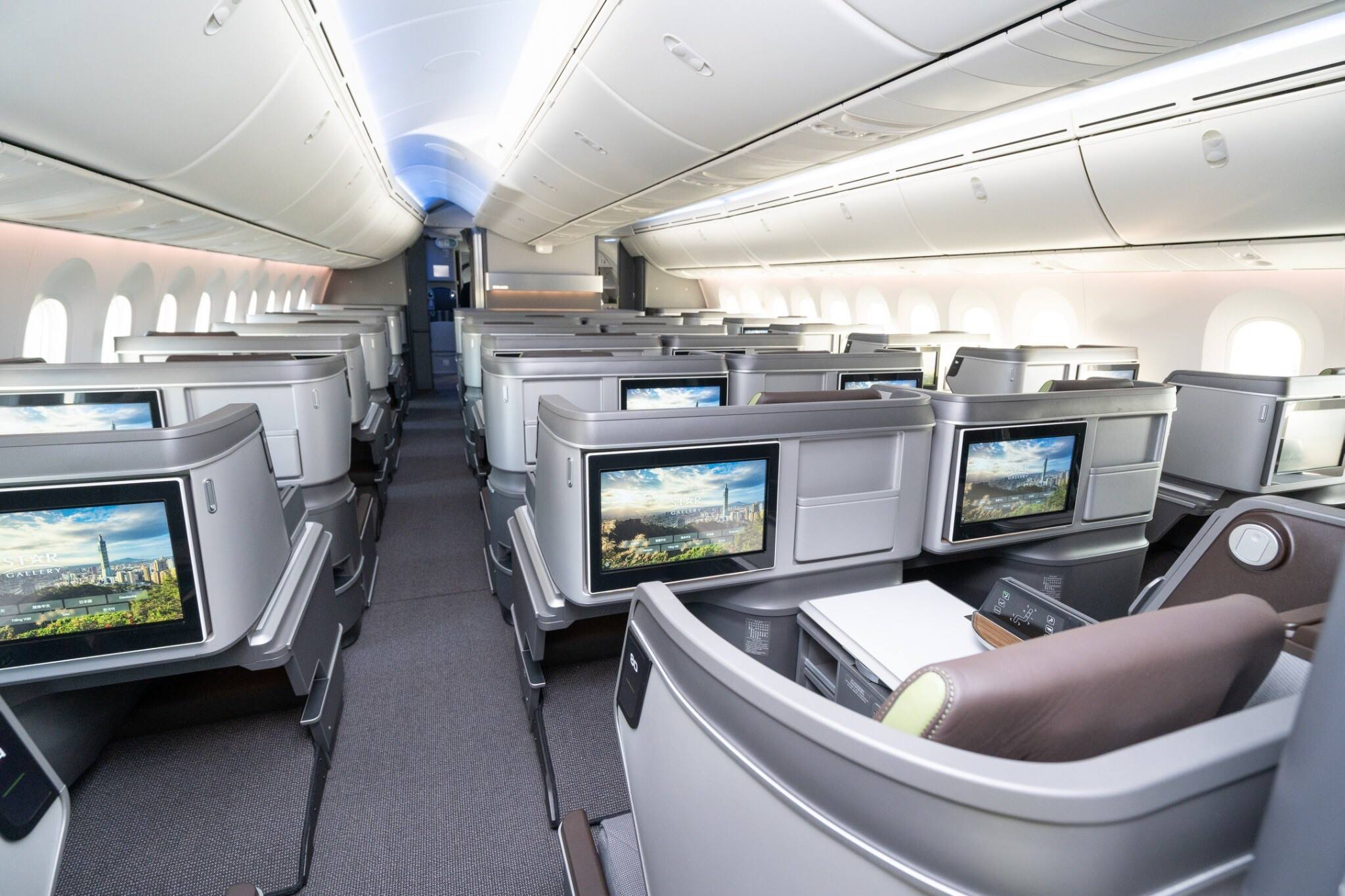 In September this year we covered the launch of Taiwanese carrier EVA Air’s new Business Class seats on its latest 787 aircraft. This product marked a switch from the Star Alliance carrier’s existing ‘reverse herringbone’ format seating, in favour of the all forward-facing Thompson Aero Seating Vantage XL, used by airlines like Qantas.

EVA has been using the aircraft on flights from Taiwan to Hong Kong since the beginning of this month, with Tokyo and Osaka to follow in December. It has just announced the first long-haul services with the type on the Taipei – Bangkok – Vienna and Taipei – Vienna routes from mid-May 2019, with Taipei – Bangkok – Amsterdam following in June 2019.

EVA has ordered four Boeing 787-9s, which have the range to fly to Europe, and 20 787-10s, which max out at around 9 to 10 hours flying time and will be used to serve high density regional routes in Asia-Pacific.

The first aircraft was delivered in early October 2018.

While EVA’s Business Class seats on the carrier’s existing Boeing 777-300ERs already feature a 1-2-1 all aisle access layout, the new product is a departure from the ‘reverse herringbone’ format with these Thompson Vantage XL seats all configured in line with the aircraft fuselage.

Well above the basic spec for the Thompson Vantage XL seat, EVA Air worked with BMW Designworks (the same company responsible for SIA’s 2013 F cabin) on the customisation, materials and colour scheme.

Here is the layout of the EVA Air 787-9 Business Class cabin.

If you’re looking to secure the most private window seats, where the console is between the seat and the aisle and an additional extendable privacy screen is installed to really shield you from the world, there are only six options for you.

If you’re travelling solo in this cabin, these would definitely be our top recommendations.

Otherwise if those seats are taken individual travellers will likely want to go for one of the aisle-aligned window seats 1A/K, 3A/K, 6A/K or 8A/K, while couples will naturally gravitate to any of the middle D/G seat pairs.

Dividers between the D and G middle seats should also provide adequate privacy if you are sitting here when travelling by yourself.

Do note that row 8 is directly ahead of the toilets and a galley area and may therefore suffer from increased noise and foot traffic. It’s probably best to aim for the forward section of this cabin on an overnight flight.

The Boeing 787-10 seat map has not yet been published but is likely to be very similar, with two additional rows.

EVA Air will commence long-haul flights with the Boeing 787-9 aircraft in May 2019. The following flight schedules apply, and also include the shorter sectors of the long-haul journey between Taipei and Bangkok.

Note that several other EVA Air flights operate on the Taipei – Bangkok – Taipei route using different aircraft (including the 777-300ER). For simplicity, only the 787-9 flights are shown here, for those interested in trying the new product.

Indeed if you’re a regular in this cabin between Singapore and Taipei on the 777-300ER you may not keep the opportunity much longer – we see the 787-10 with the same Business Class capacity as the 777-300ER but a larger Economy Class cabin as EVA’s ideal aircraft for this route.

Removing Premium Economy from a route it’s unlikely to be popular on (SIA doesn’t fly this cabin to Taipei), and at the same time introducing an aircraft with lower operating costs, make it a very likely choice sometime next year once the 787-10s start arriving in the EVA fleet.

Let’s look first at the ‘cheap’ redemptions on these new 787 flights – the short hop between Bangkok and Taipei, or vice-versa.

As you can see EVA’s own scheme is the best here in Business Class at 35,000 miles for the three and a half hour flight, matched by Turkish and Lufthansa. Not a great rate for a sector this long. Lifemiles comes in at 36,000 miles followed by KrisFlyer at 37,500 and you certainly don’t want to be wasting 45,000 United MileagePlus miles on this flight in our opinion!

Here are the rates for the longer sectors between Bangkok and either Vienna or Amsterdam.