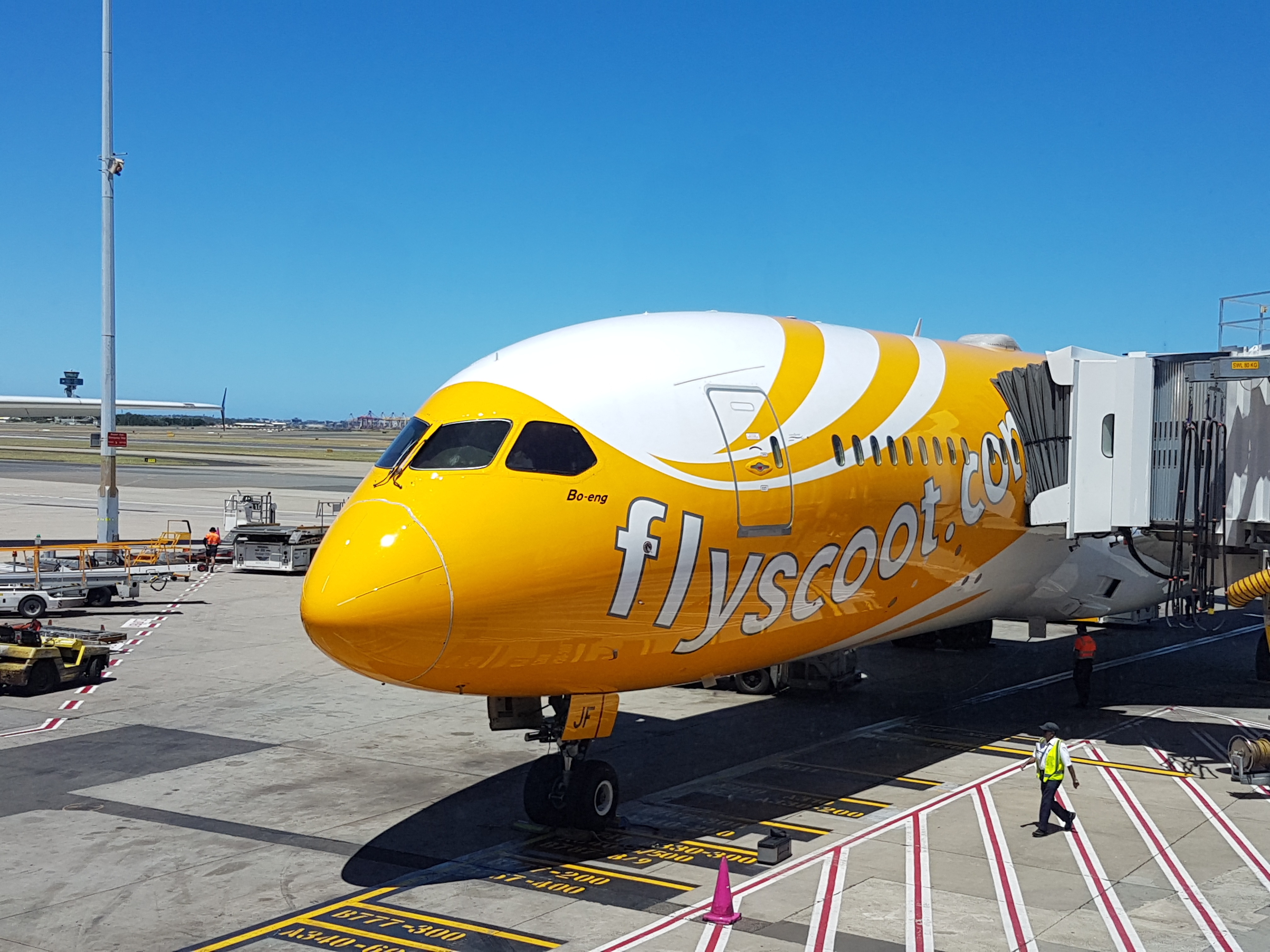 Singapore Airlines’ fully owned low cost subsidiary Scoot announced yesterday that it would switch operations at its home base Changi Airport from Terminal 2 to Terminal 1 in late 2019.

The move is designed to allow for future growth of the budget airline, though with over 80 daily Scoot departures from Changi it’s unlikely to be as simple as just one airline switching terminals.

This is a slightly strange move because Scoot has been increasingly interlining passengers between its own flights and the Singapore Airlines / SilkAir network at Changi, using codesharing.

While those connecting to or from SIA flights at Terminal 3 currently have to change terminals, at least those travelling on interline flights through Terminal 2 currently have a more seamless experience.

This move to Terminal 1 means all Scoot passengers interlining with SIA or SilkAir will have to change terminals at Changi during their journey. Though this is relatively simple, it can be time consuming.

The lack of an intra-terminal SkyTrain in T1 means walking times can be long, for example from the C gates to the D gate pier and vice-versa, and to the furthest gates in those piers themselves.

For example an arrival into Changi T1 at gate C26 with onward connection at T2 from gate F37 would take a good 30 minutes including a lot of walking, with only one SkyTrain to assist for part of the journey. The same would apply from gates like D49 in T1 to the A14-A21 range in T3 for example.

T2 and T3 on the other hand are much more easily connected to one another.

There has been some significant capacity improvement lately in Terminal 1 with additional check-in desks, an expanded baggage reclaim area and a new arrivals hall which already occupies a small part of the upcoming ‘Jewel’ building and will have direct access to the Jewel complex once it is opened next year.

Terminal 1 is currently running below capacity with around 100 departures per day, however increasing this by at least 80% once Scoot move in will likely exceed capacity especially at peak hours when both Scoot and Jetstar have their biggest departure banks.

We think it will lead to some airlines having to move out, particularly given the large void Scoot will leave behind in Terminal 2 (35% of T2 departures are Scoot flights), plus the current under-utilisation of Terminal 4 (running at around 30% of capacity).

A few airlines obviously won’t leave T1 – Qantas and Emirates have both invested heavily in their dedicated lounge facilities there, with a new Qantas First Class lounge at the D gates coming next year.

British Airways and Thai Airways are unlikely to move either, both also have their own lounges in T1.

Qatar Airways only just relocated to the terminal, and so are unlikely to want to move again a year later.

Could Jetstar move out?

Jetstar is an obvious choice to ‘trade places’ with Scoot by moving to T2 to make way for growth at Scoot. The Qantas low-cost arm is currently the largest occupant of T1, making up 40% of daily departures.

Such a proposal would likely meet strong resistance from the Qantas Group, however. Jetstar acts as an important feeder service for Qantas at Changi, with scores of passengers each day transferring between the long-haul Qantas network and Jetstar flights. This would be more difficult across two terminals.

Jetstar and Qantas also share a loyalty program, Qantas Frequent Flyer, with top-tier members eligible to access the Qantas Singapore Lounge in T1 prior to any Jetstar flight departing Changi that day.

The airline also codeshares with Emirates and Finnair among others, who also use T1 at Changi. In total 20% of Jetstar’s Singapore traffic comes from transfer and interline passengers, according to its CEO. The bulk of that is likely to be to and from Qantas and Emirates services, its longest standing agreements.

For these reasons we don’t think Jetstar will be willing to move to T2, meaning other airlines will have to leave T1 to make space for Scoot and its future expansion plans.

We think the following airlines are good candidates to free up some space in Terminal 1 and may move out of the terminal next year to help accommodate Scoot, probably to T2 and possibly some to T4, both of which will be running well below capacity following the Scoot move.

Not all these airlines will definitely move of course, however these are non-oneworld and independent airlines with a small presence at Changi, and can therefore operate from any terminal.

A total of around 25 daily departures here (about half a Jetstar), which could easily be freed from Terminal 1 and shifted to other terminals in our view.

This terminal switch for Scoot in late 2019 is good news for the airline’s expansion plans, but will involve a few more airlines moving around Changi at the same time in our opinion. It will also come at the expense of more seamless connectivity between Scoot and SIA / SilkAir in many cases.

We don’t think the Qantas Group or Jetstar will be willing to switch terminals due to their reliance on high connectivity levels and the location of lounge facilities. That leaves smaller airlines like Air China, Air France / KLM and Delta as likely candidates to shift to other terminals.

These inevitable upcoming terminal moves by airlines towards the end of 2019 may also be Changi’s opportunity to push a higher volume of traffic through the currently under-utilised Terminal 4.

We’ll update you as soon as we know who’s moving where.