Skip to content
A brand new Turkish Airlines lounge at Bangkok Suvarnabhumi should add not only another Star Alliance option at the airport, but a Priority Pass one too 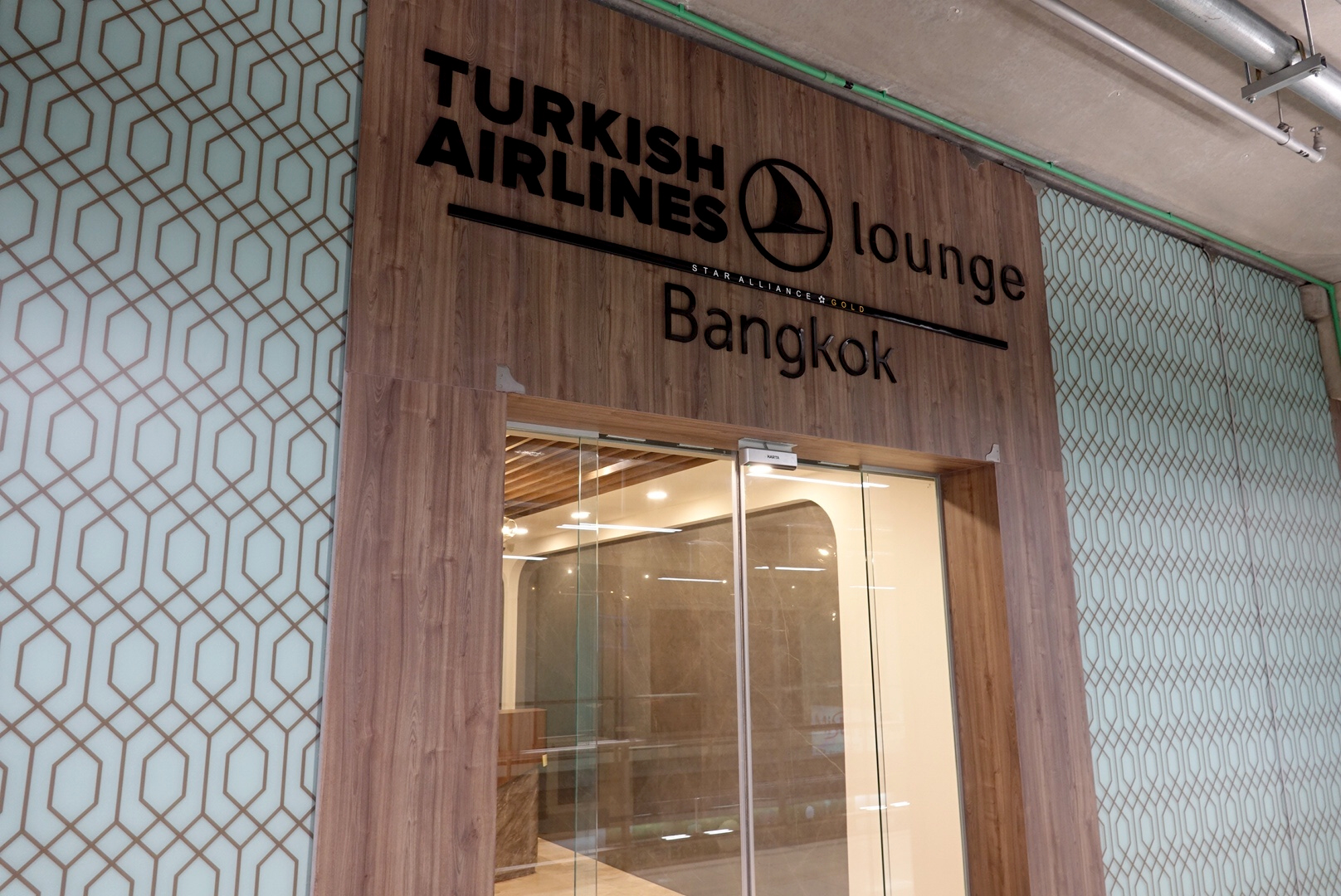 Another thing he noticed is that while this lounge will cater for both Turkish Airlines and Star Alliance passengers, one major difference is that it will apparently also feature as an option on Priority Pass, according to the signage.

This makes good sense for Turkish. The airline only has two daily departures from Bangkok, so they can earn decent revenue from the facility throughout the day this way (though the opening hours themselves have not yet been published, we assume a whole facility isn’t being built for two evening TK flights departing within an hour of each other).

That should mean another great lounge option for Priority Pass members at Suvarnabhumi, already there is a wide selection to choose from including the Oman Air Lounge (which is small but we really like it) and the Air France / KLM lounge, in addition to the numerous third party options.

Alvin from Young Travelers of Hong Kong (YTHK) managed to blag his way in to this unfinished lounge a couple of weeks ago.

He snapped a couple of pictures which show that this lounge will feature an attractive finish with what appears to be a central manned bar (with bar stools at bar height – Singapore Airlines take note!), comfy leather armchairs, high wingback chairs with outside views and a dining area at the far end.

The new Turkish lounge is located opposite the JAL Sakura lounge near gate D8, strolling distance from the Singapore Airlines lounge (see our review), on level 3 of the ‘D’ pier.

It should be close to the gates Singapore Airlines usually use for departures from Bangkok, if you fancy a change from the SilverKris lounge.

This will be the fourth Turkish Airlines lounge outside Istanbul, with the carrier also currently operating dedicated facilities in Moscow, Nairobi and Washington D.C. (the latter two are also accessible using Priority Pass).

The carrier’s lounges are known for their top end finish and high quality food, let’s hope the Bangkok one is no exception.

While no Asian routes have yet been announced for this aircraft, the seat is widely expected to be the Stelia Solstys III model, used by Singapore Airlines as their latest 2018 Regional Business Class product.

One thing Bangkok isn’t short of is airport lounges. We can only imagine the rental costs in the terminal are relatively cheap, since every man and his dog seems to have a lounge here!

For some airlines with multiple departures through the day, like Singapore Airlines and Qatar Airways, the need for a dedicated lounge is justified. For others, like KLM / Air France, Oman Air, and now Turkish Airlines, it seems a bit frivolous.

No surprise then that in those latter three examples the lounges are also available on Priority Pass. If the new Turkish lounge lives up to the standards they set for their equivalent facilities overseas, it looks like Star Alliance and Priority Pass members are in for a treat when it opens this month.

We don’t have an imminent Bangkok trip coming up, but we’ll try and swing by this new lounge as soon as we can to write a review for you all.

In the meantime if you’re flying from Bangkok with SIA in Business Class / as a Star Alliance Gold member, or have a Priority Pass in your back pocket, check to see if it’s open and take a look for yourself. According to Sebastian, the staff were talking up an opening in the next few days.